Ah, the humble nang. “What are nangs?” is a question many are likely to ask, even if they already know about them by another moniker. Nangs, the Australian colloquialism for small canisters of nitrous oxide designed to make cream fluffy and long-lasting, go by many names, including “Whippets”, and “Hippy Crack”, and anybody unaware of their recreational format will know their contents as N2O, or simply laughing gas.

Nitrous oxide, the very same used in the (too many) Fast and The Furious films to make fast cars even faster (and perhaps even furious-er), is an incredibly versatile gas and has been used in dentistry and medicine since 1844 as an anaesthetic.

Mixed with oxygen and inhaled through a face mask, nitrous oxide is ideal for procedures or scenarios where a general anaesthetic would be deemed unnecessary, such as minor dental surgery and childbirth. Inhaled on its own, however, it can also give the recreational user an incredibly short but intense high.

The word “nang” itself is thought to be derived from the sound distortion that a user hears in quick repetition when they’re experiencing the high.

The history of nangs is an interesting one, and their common use as a recreational drug is far more widespread than you might think. Next to MDMA, Nangs are regularly cited as the drug of choice for Schoolies Week, due to the fact that they’re not only cheap, but available at every corner store.

There are even late-night nang delivery services, offering 24/7 around-the-clock delivery in major cities, one famously citing: “For all your baking needs” as their primary purpose.

Because sometimes you just need to ice a really big-ass cake at 3am. On a Tuesday.

You’ll also like:
The Pros and Cons of Pill Testing
Australia’s Sewers Reveal Illicit Drug Trends
Why Changing the Date of Australia Day is Not The Worst Idea 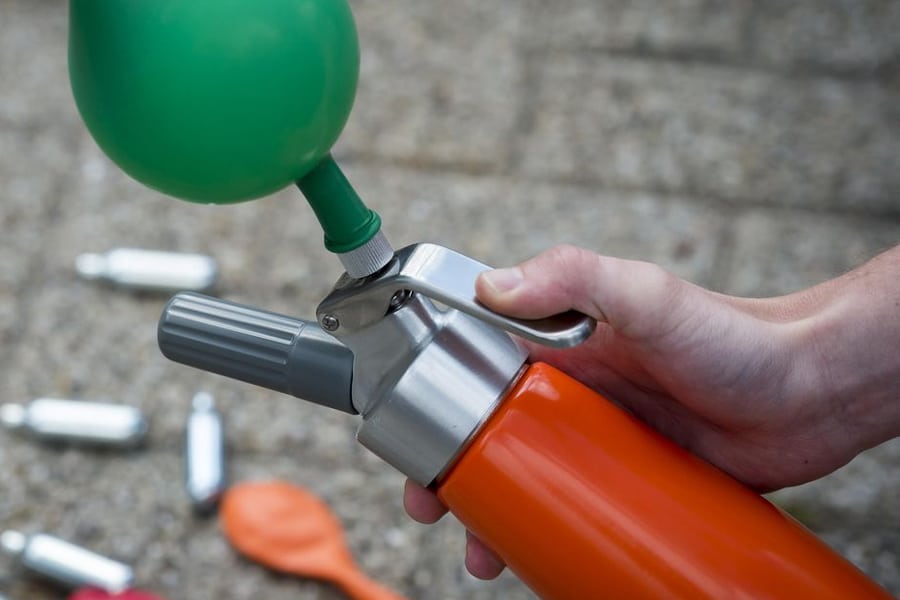 Nangs are small metal cylindrical bulbs filled with, generally speaking, eight grams of nitrous oxide, that are sealed with a metal cap. Used in kitchens to “charge” creams and gels, they’re designed to work with a cream siphon, which looks like a large water bottle with a spout and trigger.

But necessity is the mother of invention, and, like most drugs, there are many ways to get to the end result. While well-heeled teenagers can spring for a commercial cream siphon (fondly referred to Down Under as a “Nanginator”) and get to the contents that way, many use “crackers” and balloons to get the same effect.

Crackers have a screw top with a sharp pin inside, and several holes in the lid. A user puts a balloon over the cap to seal the holes, places the nang in the chamber, and screws the cap on. As it tightens, the seal of the nang gets pierced, or “cracked” instantly filling the balloon with nitrous oxide.

The nitrous can then be easily inhaled by the user to produce a high that lasts for between 30 seconds and one minute.

Some users have been known to prefer large balloons, which can hold two to three nangs, and then breathe in and out several times, claiming the hyperventilation adds to the experience, though (we mean surely) this is thought by medical professionals to be somewhat unsafe.

Nangs, in Australia, are a part of growing up for many. Many a student sharehouse floor can be found littered with empty whippets at any given time, and their ubiquity amongst uni students, though still frowned upon, is well known to certain generations, especially considering the fact that they are so easily available. 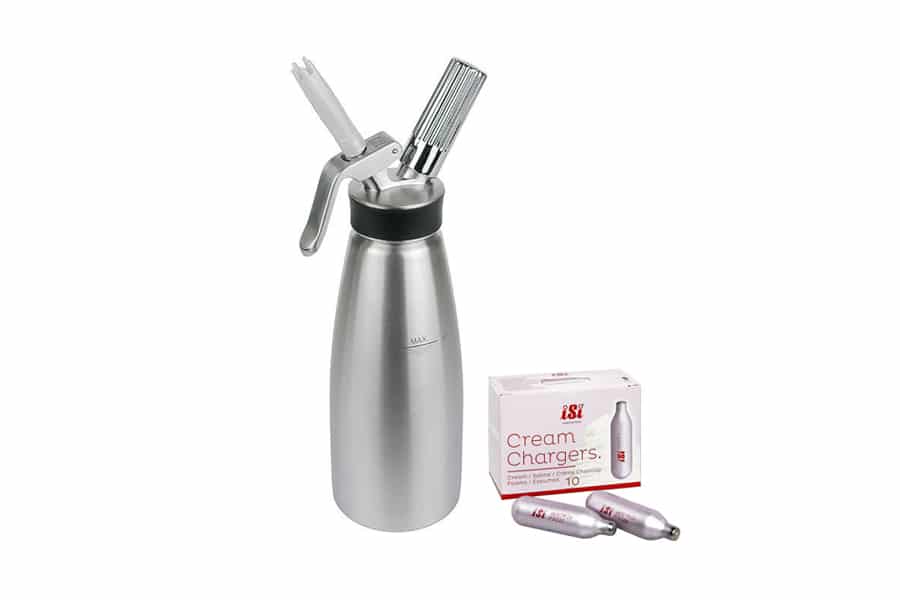 In a word, no, nangs are not illegal. In two words, not really.

Given their nature as a food-grade product, the policing of the use of nitrous oxide as a drug is incredibly difficult. In the UK, they can’t be labelled as anything other than a food product, as is the case in the US. Certain parts of the USA also restrict their sale to adults, and cap limits on how many a consumer is able to purchase in a single transaction, though this is as far a regulation gets.

The sale of nangs in Australia is legal, and a pack of ten costs about AUD$10. As their popularity increases, more and more places have become stockists, with nangs now readily available in just about every corner store and late-night 7-Elevens.

As previously mentioned, there is a plethora of delivery services easily found online that sell the canisters and the requisite “nanginators” as bundles, available direct to your door in next to no time, no matter what time of day or day of the week. Though many of them jokingly refer to their “baking goods”, there is little to no sugar-coating their purpose for some, and it’s completely legal. 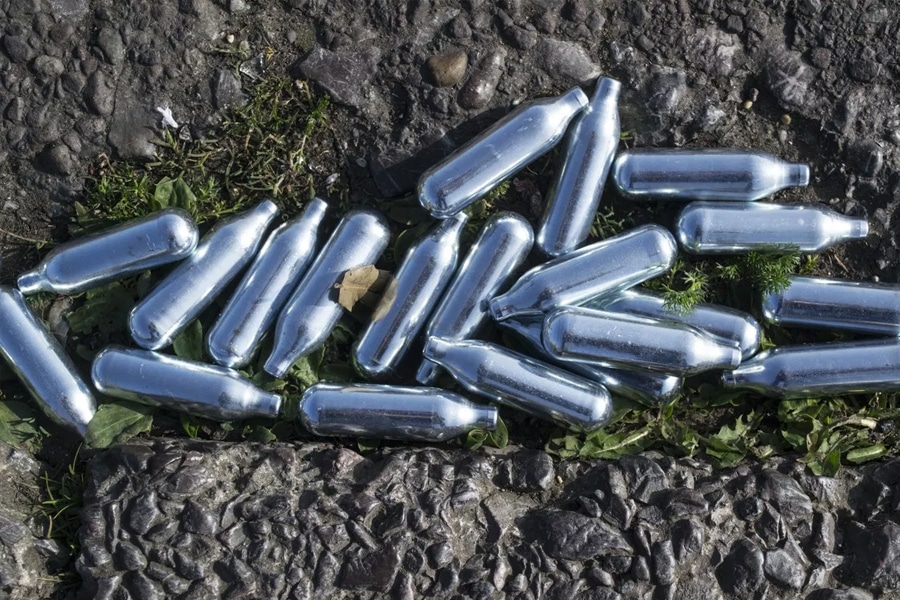 What are the effects of Nitrous Oxide /Nangs?

When inhaled, a nang gives the user an intense feeling of euphoria and lightheadedness for a very short period of time. Lasting for at least 20 seconds, a nang user will feel giddy, dizzy, relaxed, and giggly, often ending up in fits of laughter.

Most will consume several nangs in one sitting, though the high is roughly the same for each individual use, and doesn’t increase with each nang.

There is no “comedown”, as there is with most party drugs, and a user will be back to their usual self within a couple of minutes. Given their low cost and popularity, they’re often the drug-of-choice for a group of friends, though serious users have been known to use alone.

In Australia, two deaths have been linked to the use of nangs, though not as a result of overdose, but rather the actions of the user whilst they were high, with one case in particular at the end of last year where a young man fell from a balcony in the Gold Coast, tragically to his death, whilst allegedly under the effects of nangs. 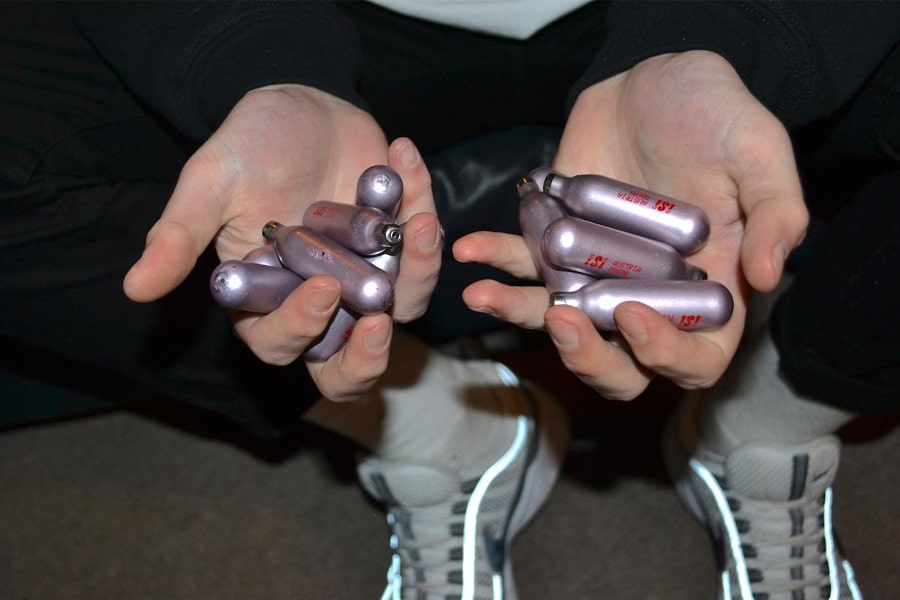 While nitrous oxide is regularly used safely under controlled conditions in dental surgeries and the like, it is not without its downsides, and improper use can have negative effects.

The dizziness, dissociation, and temporary loss of motor control which make nangs appealing to the recreational user in the first place also makes them unsafe to inhale while standing up.

Nitrous oxide can also be addictive, especially given its short-lived effect. Many users describe the elusive nang as very “moreish”, and will use more and more as time goes on.

Death can result if nitrous oxide is inhaled in such a way that not enough oxygen is breathed in, though a significantly large amount would have to be inhaled: a lot more than comes in a single bulb. This said, 28 deaths in the UK over the past 20 years have had nitrous oxide listed as a contributing factor on the death certificate.

Also, while the pure gas itself is not toxic, long-term use has been associated with vitamin B12 deficiency. B12 is vital to the human body to maintain healthy red blood cells, and a lack of it can lead to anaemia due to reduced haemopoiesis, neuropathy, tinnitus, and numbness in fingers and toes. It is also strongly advised that pregnant women do not partake, as nitrous oxide is both teratogenic (meaning they can disturb the development of an embryo or foetus) and foetotoxic (meaning they can be directly toxic to a developing foetus). 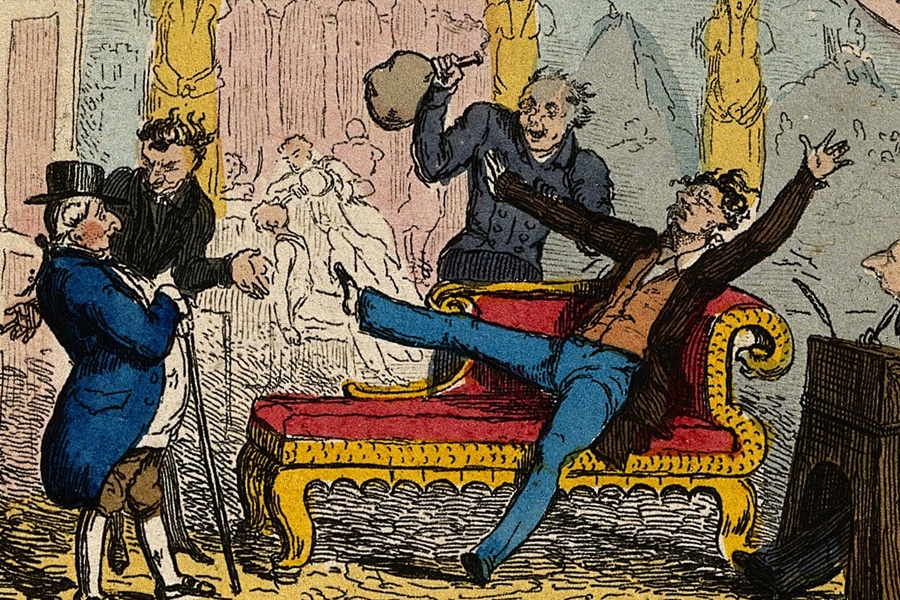 A History of Nangs

While many may sneer at the youth of today using cream chargers to score cheap kicks, the recreational use of nitrous oxide dates back to 1799, when British aristocrats used to host “Laughing Gas Parties”.

19th-century American philosopher and psychologist William James, and his contemporaries, were also known to partake in a cheeky dabble of N2O. He specifically claimed to: “Experience the fusing of dichotomies into a unity and a revelation of ultimate truth” when he was high on the gas.

While he claimed to observe a man under the influence of nitrous oxide, “Understand the meaning of the universe”, he also noted that memory loss was evident imminently once the mask was removed, and the subject was incoherent.

A US study looking at users from North America in 1972 recorded no adverse effects noted in over 100 people who regularly used nitrous oxide as a party drug who were surveyed.

Nowadays, their use is not only commonplace amongst many youth circles, their ubiquity means that they can, and probably will, grow in popularity at a rapid rate, unless governments start banning whipped cream, which, in the western world at least, would likely constitute election suicide.

To demonstrate their popularity, according to reports from the 2014 Glastonbury Green Fields festival organisers, some two metric tonnes of used nang canisters were collected from the “King’s Meadow”, leading coordinators, who claimed it “darkened the field’s atmosphere”, to ban the substance from the world-famous festival in following years.

In conclusion, while nangs probably won’t make you more “enlightened” (just look at the average festival punter for evidence of that), they are a cheap bit of (relatively) safe fun. And if you don’t do them, at least now you know why your mates keep organising late-night baking sessions.

You’ll also like:
The Pros and Cons of Pill Testing
Australia’s Sewers Reveal Illicit Drug Trends
Why Changing the Date of Australia Day is Not The Worst Idea