Two masters of smoke have joined forces to create something that’s as boldly unique as it is surprisingly delicious. On one side is the legendary Islay-based distillery Ardbeg, which has been churning out some of the peatiest single malts in all of Scotland for over 200 years. On the other is beloved Melbourne BBQ restaurant Fancy Hank’s, where mouthwatering smoked meats are the name of the game. The recent collaboration has resulted in a limited edition ‘Peat Mie,’ i.e. a savoury meat pie chock full of brisket and infused with 8-years old Ardbeg whisky. This rebellious culinary concoction is available exclusively to the Ardbeg Committee, home to “insanely committed” whisky drinkers. For those with a refined palate for the weird and wonderful, this smoky single malt meat pie is a must-try. 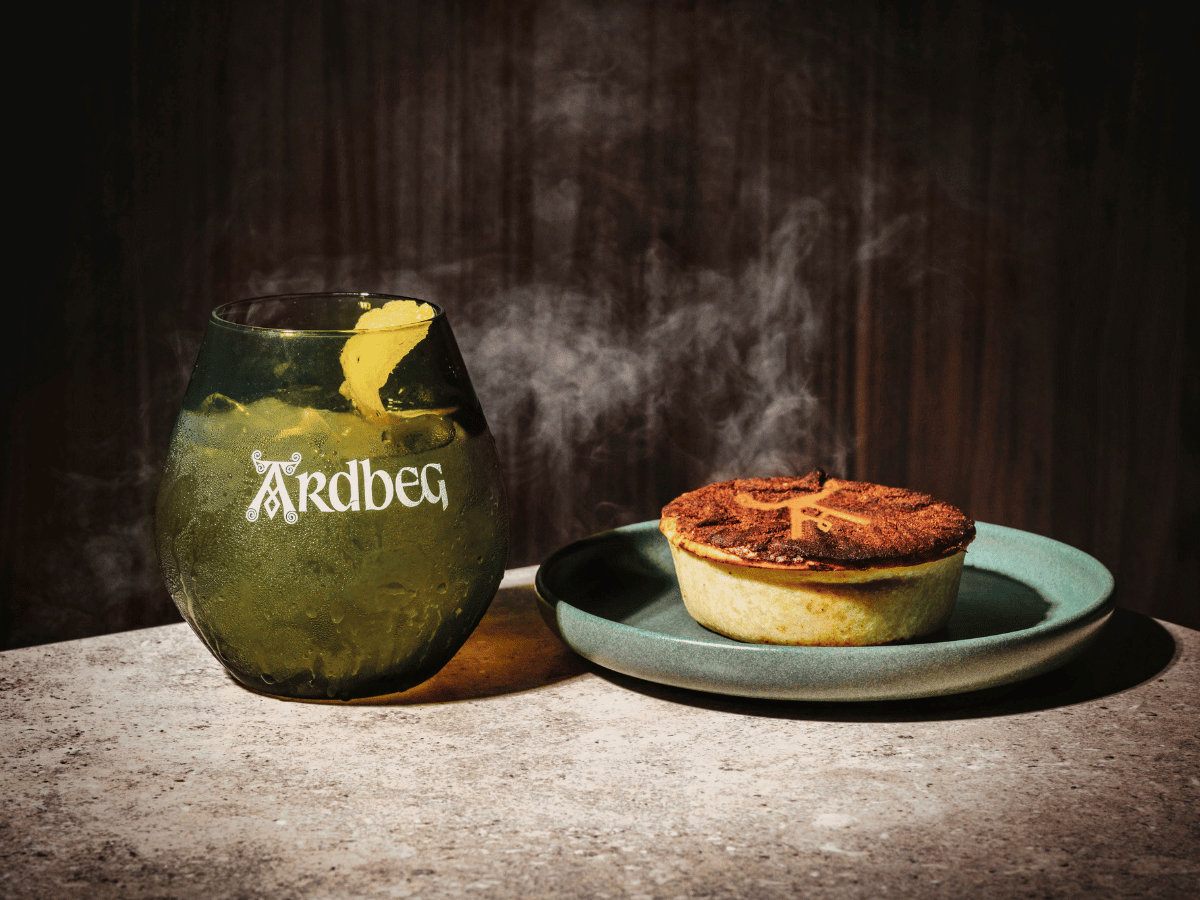 Introducing the Ardbeg ‘Peat Mie’ Made by Fancy Hanks

We Aussies are already more than familiar with the traditional meat pie, which places layers of savoury meat and meat-adjacent goodness inside an alternately crispy and soggy pastry exterior. However, even the most experienced eaters of this patriotic staple won’t be prepared for the challenging and perhaps even controversial flavours of the Fancy Hanks ‘Peat Mie’. Packed within its shortcrust pastry shell is a combination of 15-hour smoked brisket, fermented tomatoes, shallots, and thyme. With the infusion of Ardbeg’s 8-years old single malt whisky comes intense notes of charcoal and smoke along with blasts of green pepper. If you thought it couldn’t get any better, it can, each serving comes with a drink pairing of The Ardbeg Islay Lemonade, making for a playful interpretation of the classic Pie and Lemonade combo.

Will the limited edition ‘Peat Mie’ please all palates? Certainly not. Whilst some people might balk at this creation, others will think it’s the greatest thing they’ve ever tasted. For Ardbeg, of course, this is all just business as usual. Indeed, nothing divides drinkers quite like the veritable peat bombs that the distillery has been producing for the last two centuries. Personally, we love ourselves a smoky single malt so sign us up for some of this charcoal-flavoured meat pie because we’re sure to love that too!

According to legend, The ‘Peat Mie’ was originally Ardbeg’s idea. As the story goes, distillery workers started baking pies during the recent pandemic and then distributing them to the local Islay community. More than a way to fill bellies, it also helped bring people together during difficult times. The Fancy Hank’s team is picking up where Ardbeg left off by bringing new flavours to the table, primarily by way of their 15-hour smoked barley-fed brisket. Yum.

Where You Can Score the Fancy Hanks ‘Peat Mie’

Peat Mie is available for a limited time at 5 nationwide venues (listed below). Sign up to the Ardbeg Committee to access the offer, which runs from 13 February to 17 February 2023.

The participating venues are as follows: 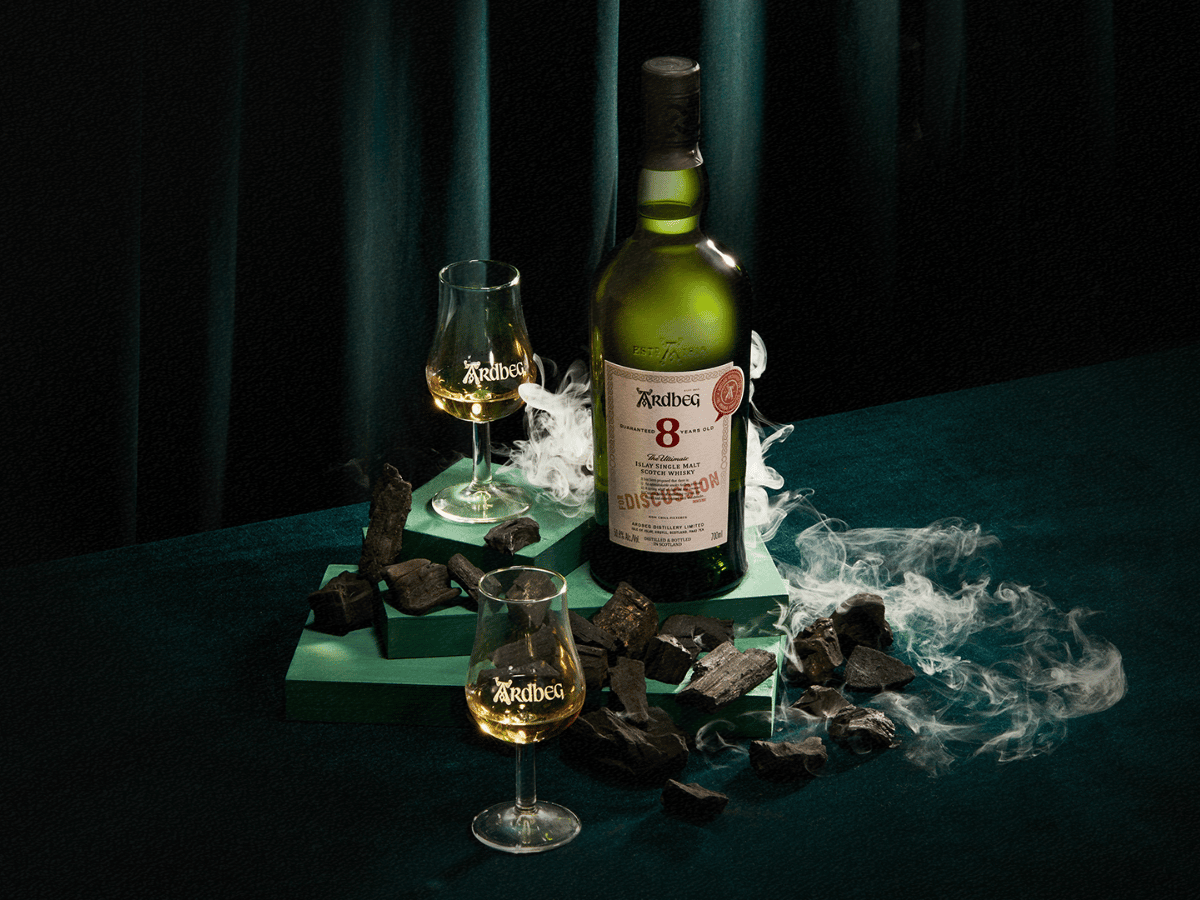 Welcome to the Ardbeg Committee

The Ardbeg x Fancy Hank’s ‘Peat Mie’ is available exclusively to Ardbeg Committee members but that’s just the first of many reasons to join this community that celebrates only the smokiest of flavours. This ever-growing collective of “insanely committed” whisky freaks embraces weird and passionate drinkers from all over the world, while also delivering a number of key benefits, including advance tastings of upcoming limited-edition single malts, access to local embassies throughout Australia, access to committee-exclusive releases, event invitations, and more.

The Ardbeg Committee is not for the faint of heart, but then again neither is Ardbeg whisky. Speaking of whisky, the same 8-year-old single malt featured in the limited-edition ‘Peat Mie’ is also a committee exclusive, meaning you won’t find it in retail outlets. Aged in sherry casks, it counterbalances robust layers of smoke with creamy notes of sugar and fruit to generate an impeccable flavour profile.

We bet it goes down great with some tasty ‘Peat Mie.’ Are you weird and passionate enough to find out? If you think you have what it takes, click the link below.