TRENDING
Competitions
WIN a $500 Local Supply Eyewear Voucher
Featured, Men's Fashion Trends
Exclusive Preview: 5 Looks From Moncler’s FRAGMENT Collection that will Dominate the Slopes & the Streets this Season
Advice
Everything You Can Claim on Tax If You've Been Working From Home
Lifestyle
25+ Best EOFY Sales 2020
Tech, Watches
14 Best Smartwatches for a Connected Life

As the best steak restaurants in Sydney can surely attest, there are few things in life more straightforward and satisfying than biting into a perfectly cooked, high-grade cut of tender meat. Just the mere thought of a sizzling steak can bring a touch of saliva to the corner of our mouths. And being that Aussies, in general, are no strangers to the grill (or barbie if you will), some of Sydney’s best steakhouses could not only compete for the best steak in Sydney but, arguably contend for the top spot on the world stage.

We’re not trying to brag or anything–rather drive home the point that Australians like their meat and know how to cook it. Throw a tasty Manhattan or glass of Cab into the mix, and you’re nearing euphoric levels of contentment. Here are the 16 Best Steak Restaurants in Sydney, in no particular order. Leave no bite behind. 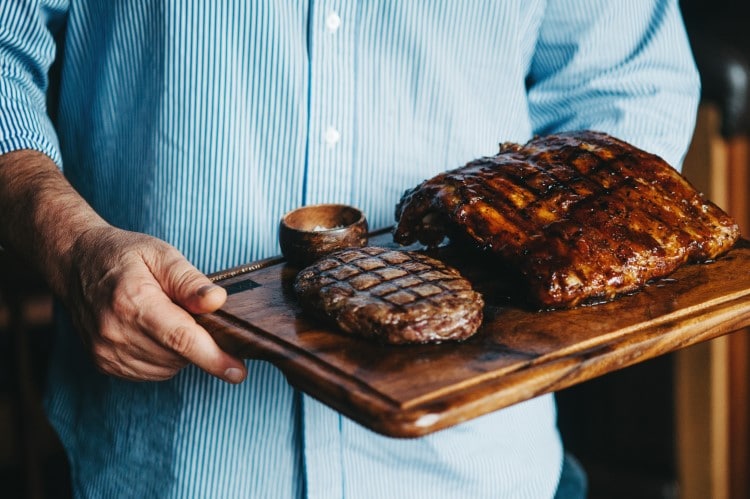 The Meat & Wine Co. brings South African flavour and technique to Sydney and our taste buds couldn’t be happier. This popular Sydney steak restaurant has Kangaroo on the menu for those who like to work those mouth muscles, however you’re better off getting the scrumptious premium steak–it’s sourced by Monte meats exclusively for the restaurant. 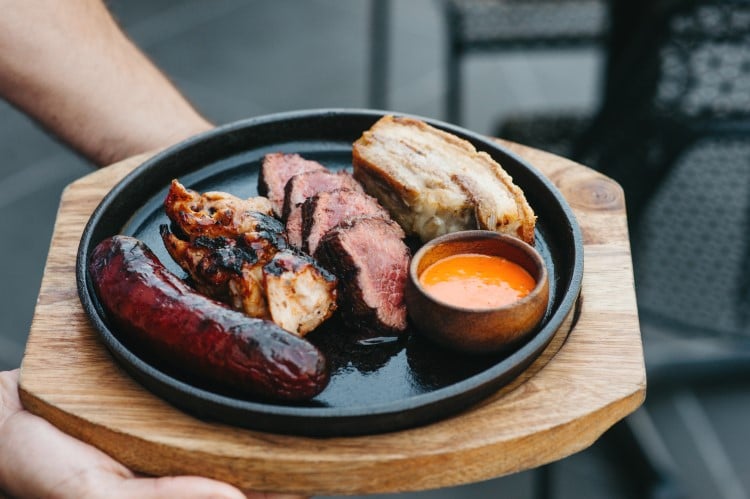 Hunter & Barrel is all about the simple art of cooking meat on fire, and doing a damn good job of it, too. With a casual but professional vibe, great drinks offering and a menu that will sate even the pickiest of carnivores, this is where you go when you want a steak for entree, main and dessert, but also has a great focus on other cuts, so you can expand your culinary horizons without coming into contact with anything even remotely resembling a vegetable.

From legendary chef Lennox Hastie comes Firedoor in Surry Hills. This insanely popular restaurant takes an artisanal approach to wood, using no less than a dozen different types to imbue every dish on the seasonal menu with singular, sensational flavour. Far more than one of the best steakhouses Sydney can offer, Firedoor is equally adept when it comes to seafood or anything else Hastie gets his hands on for the day. Expect an unforgettable experience, assuming you can score a table in the first place.

Part butcher shop, part steak and sandwich bar, Vic’s Meat Market is even greater than the sum of its parts. To find it in the Fish Market is to uncover some of the choicest meats your eyes and stomach will ever come across. Order a pasture fed T-Bone to go, or stick around and chow down on a double smoked wagyu cheeseburger with a side of chips. This is meat eating at its finest. 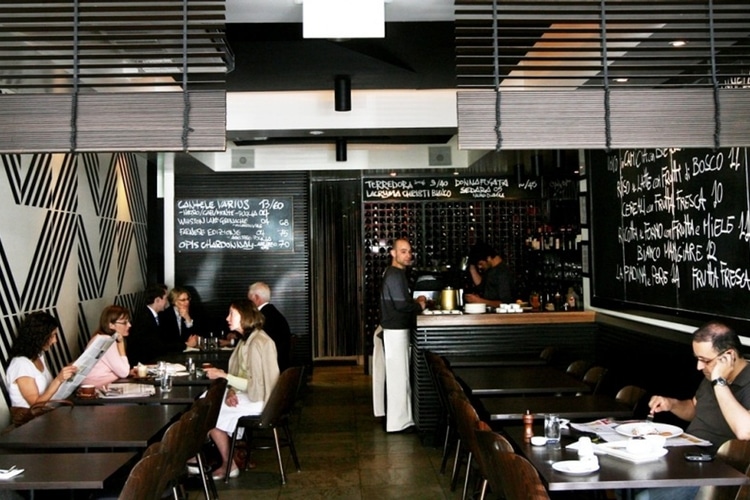 Known for its classic Italian cooking using only the freshest ingredients, Fratelli Paradiso is a guaranteed palate pleaser. To eat here is to feel like part of a giant family, complete with incessant clamour during the busier hours. And while the flank steak or veal cutlet remain second to none, you’re just as well off getting the risotto or calamari. 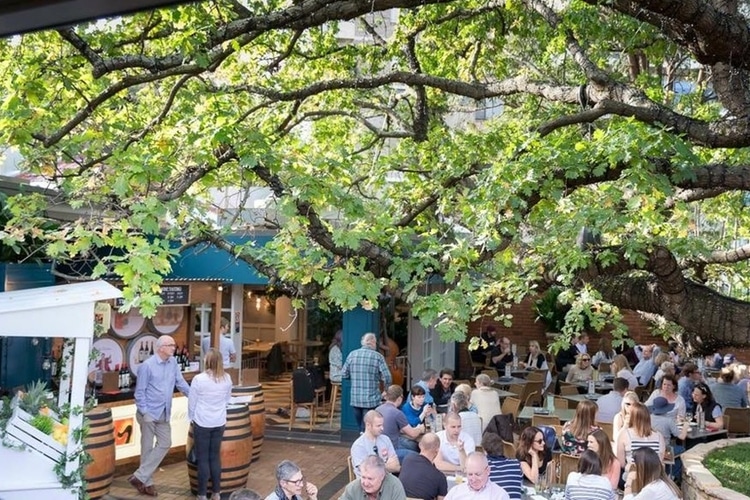 Since 1885, the Oaks Hotel in Neutral Bay has been bringing folks together one cold pint or hot meal at a time. Their beer garden remains the stuff of legend, while the layout, in general, has never looked so impressive as it does now. It’s true that you can bring your own steak and fire it up on the patio grill, but that doesn’t sound anywhere near as relaxing as ordering a choice cut from the kitchen instead. Included among the bevy of selections is the famous tomahawk ribeye, weighing between 1.6-1.9 kg – a real contender for the best steak in Sydney. 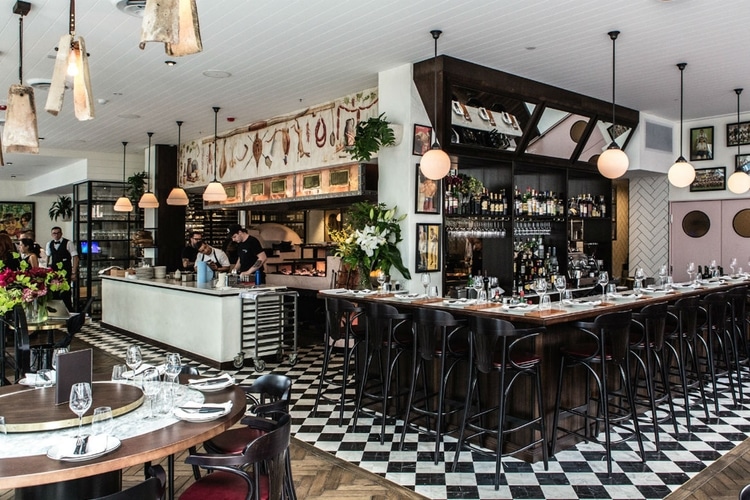 Since its initial launch and subsequent re-opening, Porteno has come to epitomise meat-centric dining with the feverish popularity to show for it. Indeed, to call this Surry Hills hotspot one of the best steak restaurants in Sydney feels practically redundant. Between the splayed roasting pigs and painstakingly tender wagyu skirt steaks, you come here to satiate your every carnivorous desire. 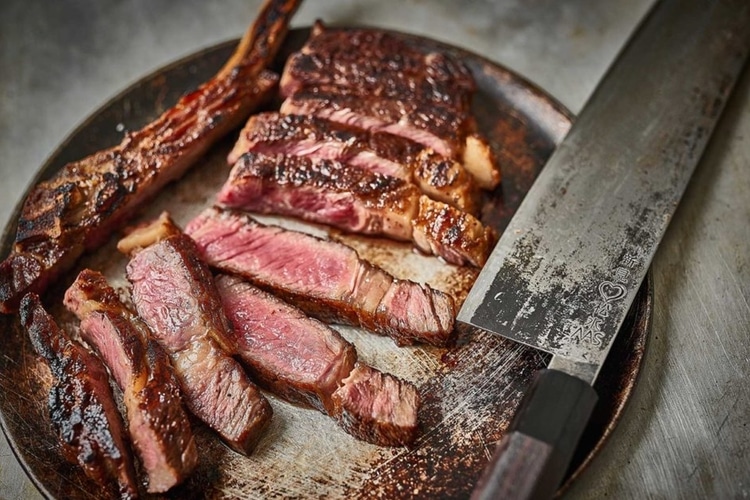 Widely touted as the best steak restaurant in Sydney, Rockpool Bar & Grill represents the dining experience executed to perfection. Everything from the art deco ambiance to the formidable wine list to the impeccable service to the food itself feels woven together to yield maximum sensory results. This right here is why people love eating out. 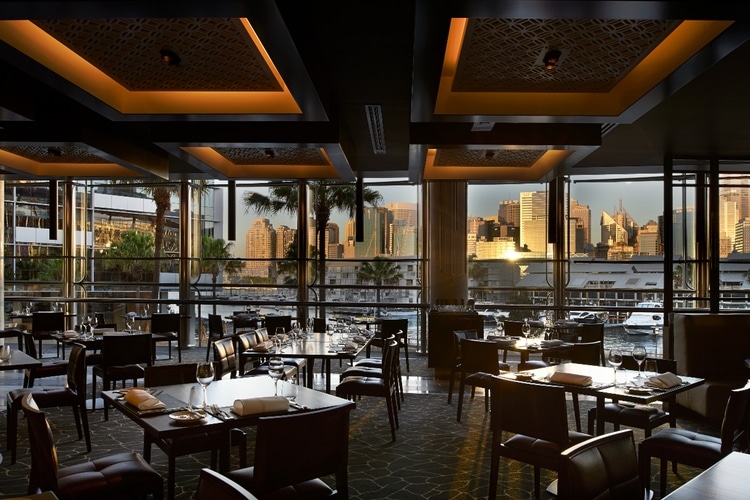 Sleek, glamorous and delicious, BLACK by ezard holds court in the Star Casino and represents everything one might ask for in a modern, elegant steakhouse. Thankfully, the flavours and views are as epic as the prices. 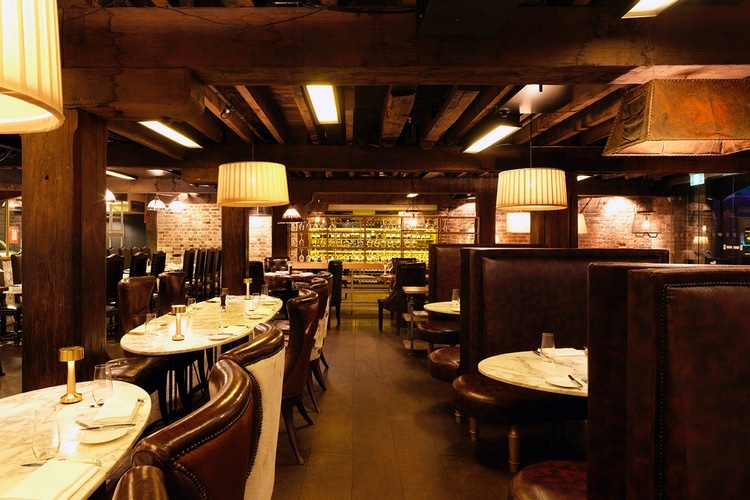 Picture dim lighting, tall booths, juicy slabs of steak and mostly traditional sides, and you pretty much get the idea behind The Cut Bar & Grill at The Rocks. If responsible sourcing, straightforward plating and classic digs is how you like your steakhouse, look no further. Unfettered in both name and principle, The Chophouse delivers succulent meat and chummy service in a modern setting. This top Sydney steakhouse goes by the appropriately direct slogan: “Fire. Meat. Wine”. We couldn’t put it better ourselves. The Chophouse is a crowd-favourite and is widely regarded as a worthy candidate for the best Sydney steakhouse title. Inspired by the spirit of New Orleans, The Bourbon is a vivacious locale for people from all walks of life to get together, eat great food and forget about their troubles for a while. An infamous Sydney Steakhouse and an icon of Kings Cross, The Bourbon is widely recognised as arguably the best steak restaurant in Sydney. If only more steak restaurants were as unpretentious and fun loving as this favourite Darlinghurst darling.

The vibe might be New York, but Prime remains one of the best steak restaurants in Sydney year after year. Located in the iconic heritage-listed Sydney GPO Building, the sandstone walls and NYC-inspired décor provides a wonderful setting to enjoy premium acclaimed wagyu fillets. Sophisticated indulgence lives here.

The name is LP’s Quality Meats and the taste duly abides. Take a seat inside a spacious, relaxed environment and celebrate mouth-watering meat in all its glory and potential. When compiling a list of best Sydney Steakhouses, it is impossible to go past this jewel in Chippendale. 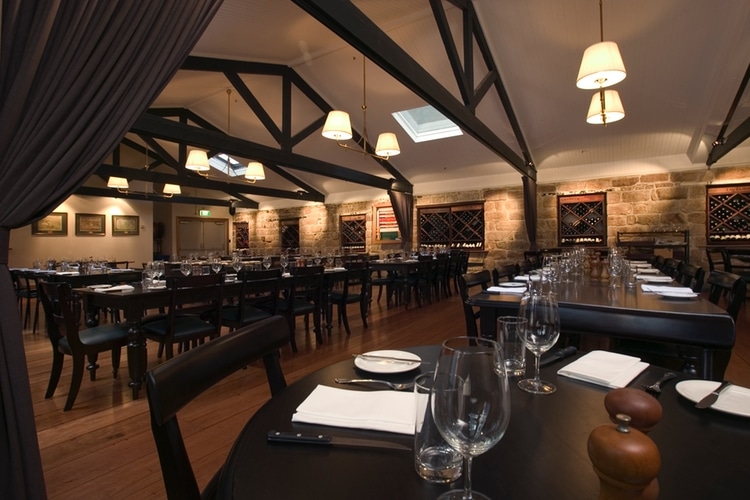 Sprawled between two levels inside what was once a candle factory is one of the best steak restaurants in Sydney. Kingsleys in the CBD is wildly popular for basically one reason: because they cook a downright incredible steak. Pair that with a side or two and a glass of red wine and eat like the king you are. 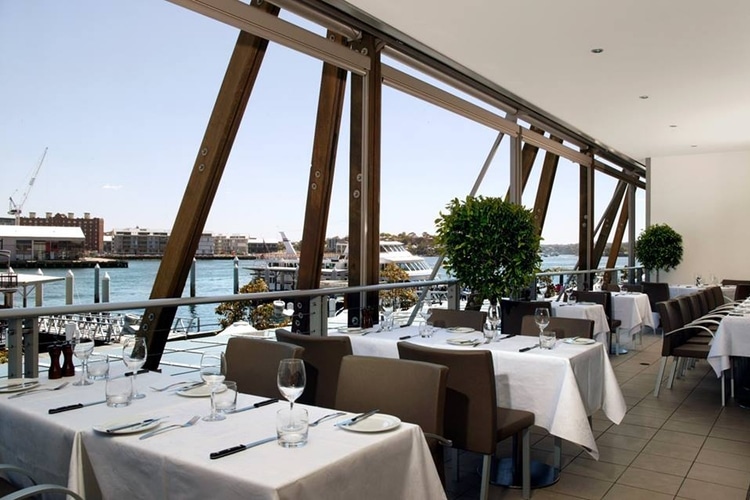 Superb cuisine and spectacular panoramic water views on Sydney Harbour sound good? Steersons has them both in spades. If you are desiring steak, Steersons promise an unprecedented steak experience that is second to none in quality, taste, and texture. An impressive and extensive wine list is also on offer featuring both Australian and imported wines. Bring your friends or family to this roomy Sydney steak restaurant on the King Street Wharf to kill a few hours in savoury style.