Cliche? Maybe, but there’s only one word to describe the new 2021 Alfa Romeo Giulia Quadrifoglio, and that’s Italian. It’s the word that comes to mind when you begin to describe the experience of this German-rivalling saloon. And once you get past the eye-popping numbers and best in class looks, you’re instantly reminded why this car had the Germans running back to the drawing board when it first released in 2018.

Alfa Romeo doesn’t mess around when it comes to expectations. After all, we’re talking about a car that held the production sedan lap record at the Nurburgring (7:32). Quick to remind us that this is no cut-price Italian alternative, but rather a razor-sharp scalpal that challenges all rivals. Not only for looks but sheer driving pleasure and engagement. 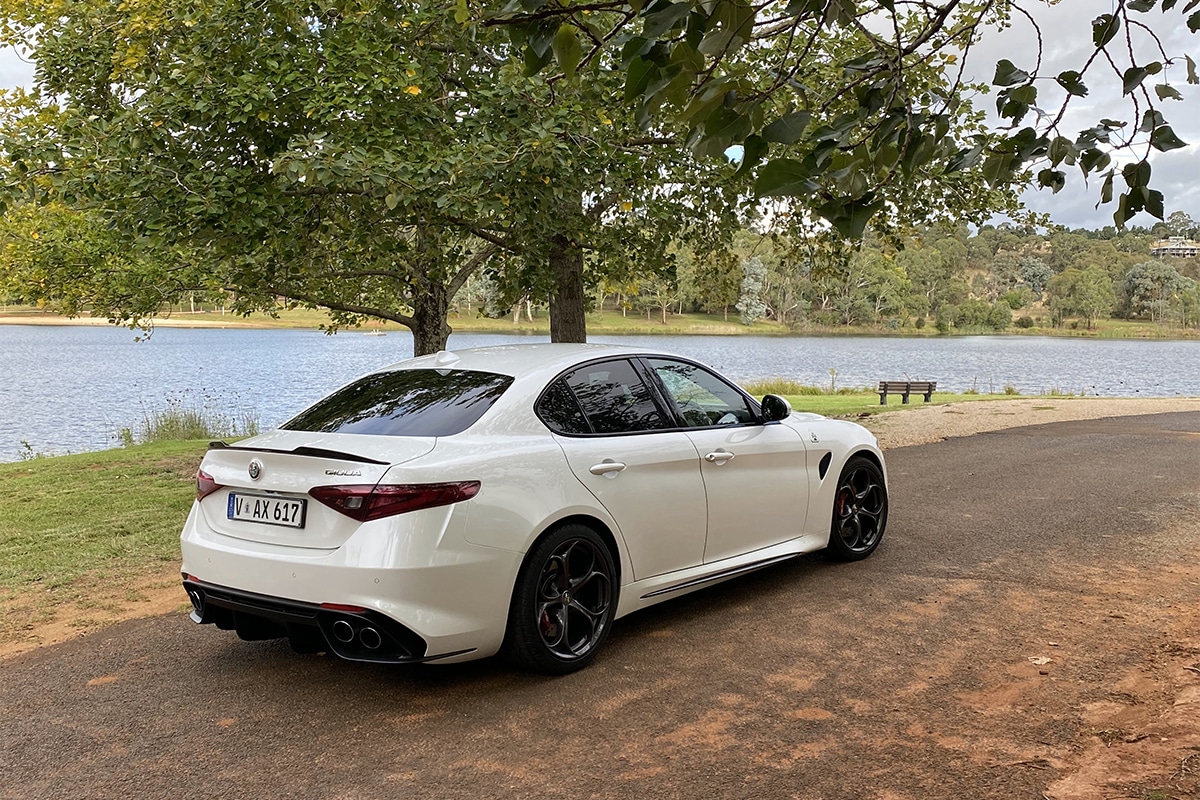 When Giulia Q entered the market in 2018 it didn’t just make a ‘splash’, but rather an explosion with figures that had rivals ducking for cover. Starting at the front with its Ferrari-inspired twin-turbo V6 producing a class-leading 510HP, it ranked best in class for looks, sound, dynamics and road comfort. Traits that had the Giulia Q sitting at the top of all car-guy wishlists.

The highlight of the Giulia Q experience begins with the Ferrari derived 2.9L twin-turbo V6. And while Alfa likes to remind you the engine isn’t just a Ferrari California engine less two cylinders (even though it is) the motor puts rivals to shame. Oozing Italian character the motor produces a glorious soundtrack that changes throughout the rev range. Starting off with a deep rumble in the lower RPM, it finished with a raspy echo as it moves past 5,000rpm.

Putting the power to the ground is a smooth 8-speed automatic box that pairs with the engine perfectly. You won’t miss the ‘farts’ of a dual-clutch transmission for a second, as the gearbox lets off rather attractive cracks on up-shift. The power makes its way to the rear wheels through a set of Pirelli P-zero Corsa tires which playfully squirm under the grunt of the Giulia.

The Alfa exerts all its Italian flair through its character inducing driving modes. Each mode transforms the feeling of the vehicle, and when they’re so easily selected through the dial in the centre console, it’s satisfying to flick between them regularly. In ‘A’ mode you’d have no idea there’s 500HP sitting under your right foot, ‘N’ is normal but try ‘D’ (Dynamic mode) and the car livens up and feels like a true sports saloon. Ultimately, you’ll want to try ‘R’ or Race mode. It’s the only mode that opens the exhaust flaps permanently but be warned, this mode switches the traction control off entirely. Yes, that’s correct, if you want loud exhaust, you have to turn off the traction control. Very Italian indeed. 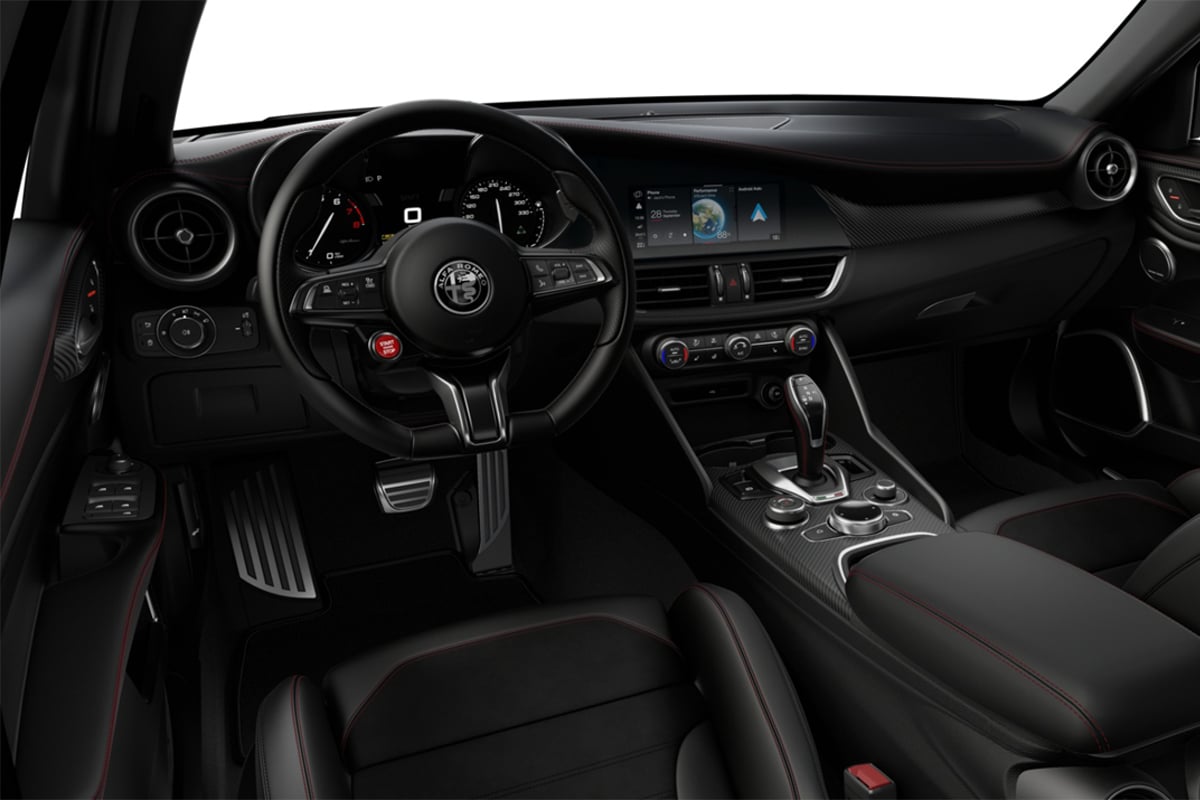 Moving onto the inside you’re welcomed by comforting pseudo-bucket seats finished in Alcantara and leather, and those beautiful aluminium paddle shifters. The dashboard is curvaceous, easy to navigate, and very intuitive to use while driving. Money aside we recommend optioning the $8250 carbon bucket seats which greatly add to the Italian character and complement the carbon centre console and steering wheel to perfection. Ultimately, while beautiful, the Giulia’s interior doesn’t match the latest offerings from many of its rivals.

Entertainment starts with the 8.8inch interface, an updated unit for this year that includes a snappier higher resolution display. And while we wish the display matched the beautiful lines of the dashboard better, we loved the new layout of apps and widgets which are much easier to navigate than rivals. The car features standard features everywhere, including a banging 900-watt 14-speaker Harman/Kardon premium audio system, Apple CarPlay & Android Auto, chilled glovebox, awesome integrated wireless charger and carbon accents. 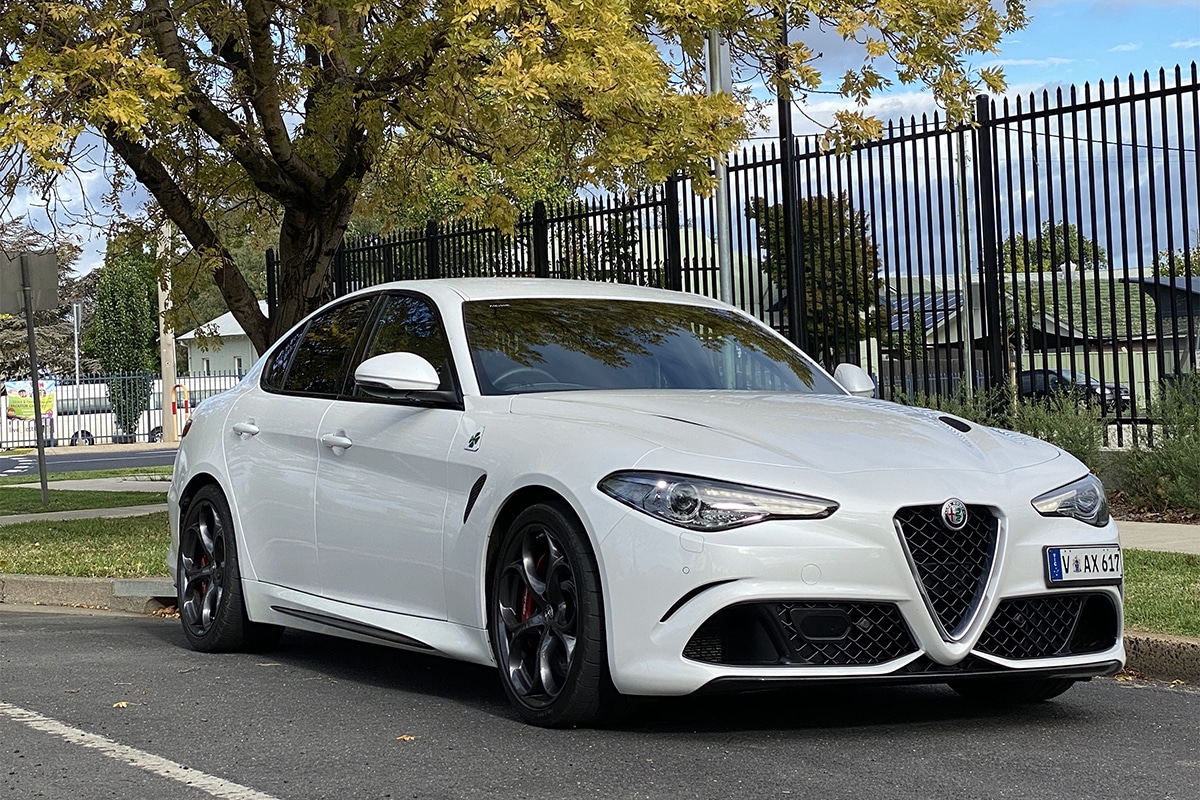 The Alfa Romeo Giulia Quadrifoglio remains a solid enthusiast option in the performance sedan market. And with a significant price drop, it represents a great value option that comes in at a fraction of the price of the competition. The inclusion of many standard features that typically cost an arm and a leg place the Alfa as an attractive performance and luxury choice for buyers. There’s no getting away from the fact that the car is going through a mid-life facelift, and you’ll notice the vehicle doesn’t offer some of the software customisations of its competitors. But for those looking for a pure driving experience in the performance sedan market, you’d be silly to look past the Alfa. 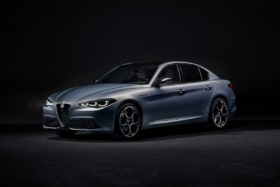 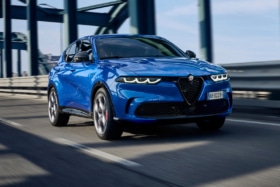