Ford could make a big deal about the victories claimed by the 1964 GT Prototype, but that’s not the direction it’s going. Instead, it is looking at the car itself, and using it as inspiration for the 2022 Ford GT ’64 Prototype Heritage Edition. “This is the first Ford GT Heritage Edition that goes beyond celebrating race wins—this one goes deep, and honours the earliest Ford supercar heritage,” explains Mike Severson, the program manager for Ford GT. “The Ford GT ’64 Prototype Heritage Edition is a modern interpretation of the original, with no mistaking what this car is paying tribute to.”

You’ll also like:
2022 Porsche Taycan Upgrades the Impossible
2022 Koenigsegg Jesko is an Orange Suited Track Monster with a 310mph Top Speed
The New Lamborghini Countach is a Questionable Grab of Retro Revival 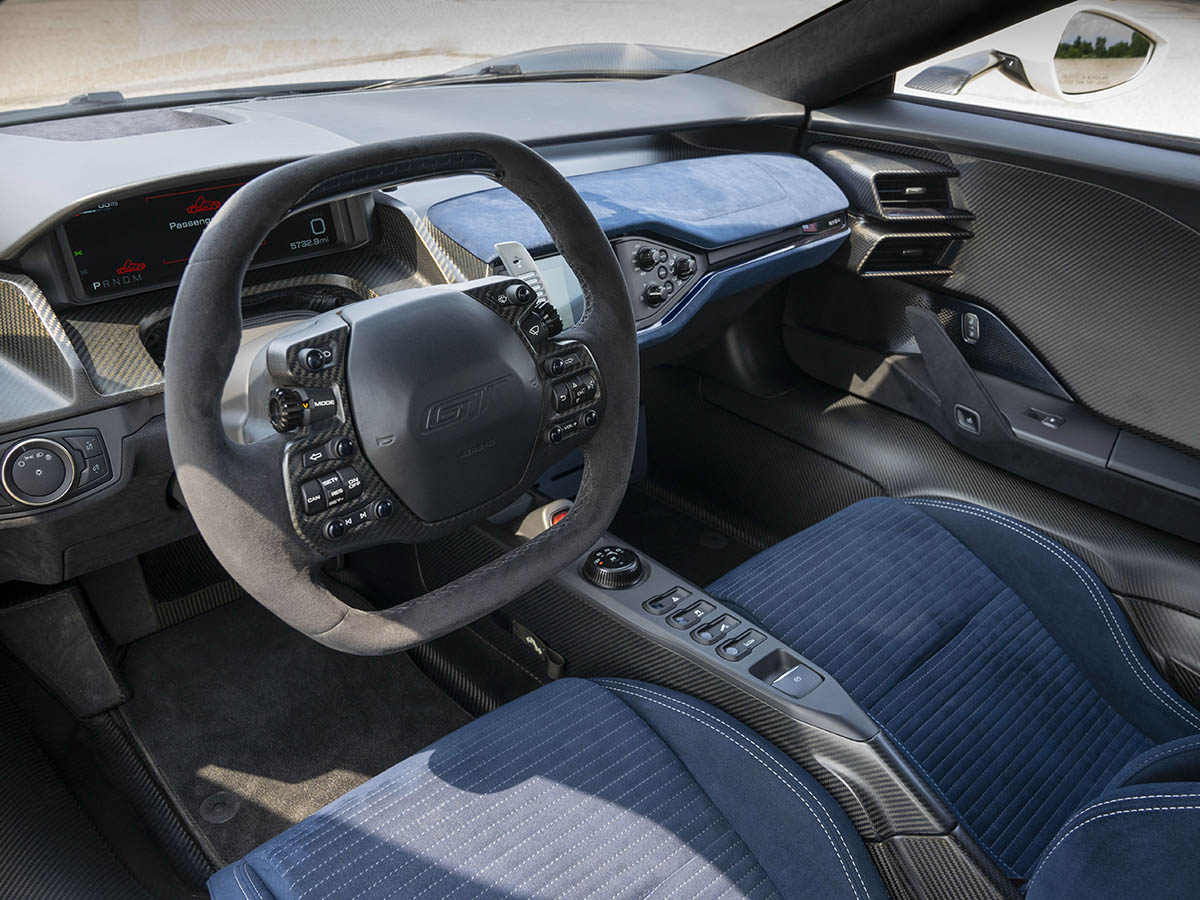 It’s not hard to understand why Ford is focusing on that historic car. Severson says, “There are a lot of milestone moments in the history of Ford GT that we’ve celebrated, but the team was unanimous in believing the original prototype was the right vehicle this time around. That 1964 prototype unleased the creative genius of the Ford Advanced Vehicles team and paved the way for the Ford GT program. It put all of this in motion.”

The Heritage Edition follows in that path with a Wimbledon White and Antimatter Blue colour scheme. A triple racing strip flows over the roof of the car, and exposed fibre components provide unique accents throughout. The 20-inch wheels are made of carbon fibre as are the front splitter, side sills, mirror stalks, engine louvers, and rear diffuser. And it’s not just on the outside that you’ll see carbon fibre. Inside the door sills, lower A-pillars, and console are all carbon fibre. The seats are carbon fiber and are wrapped in Lightspeed Blue Alcantara. Around the instrument panel, you’ll find Ebony leather and Lightspeed Blue Alcantara.

You can check out the 2022 Ford GT ’64 Prototype Heritage Edition during Monterey Car Week. The new car will be displayed next to its inspiration—the only surviving 1964 GT prototype in its original livery. Ford hasn’t released any information on the availability of the prototype, or on its price tag, but it will most likely come in somewhere north of $500,000. 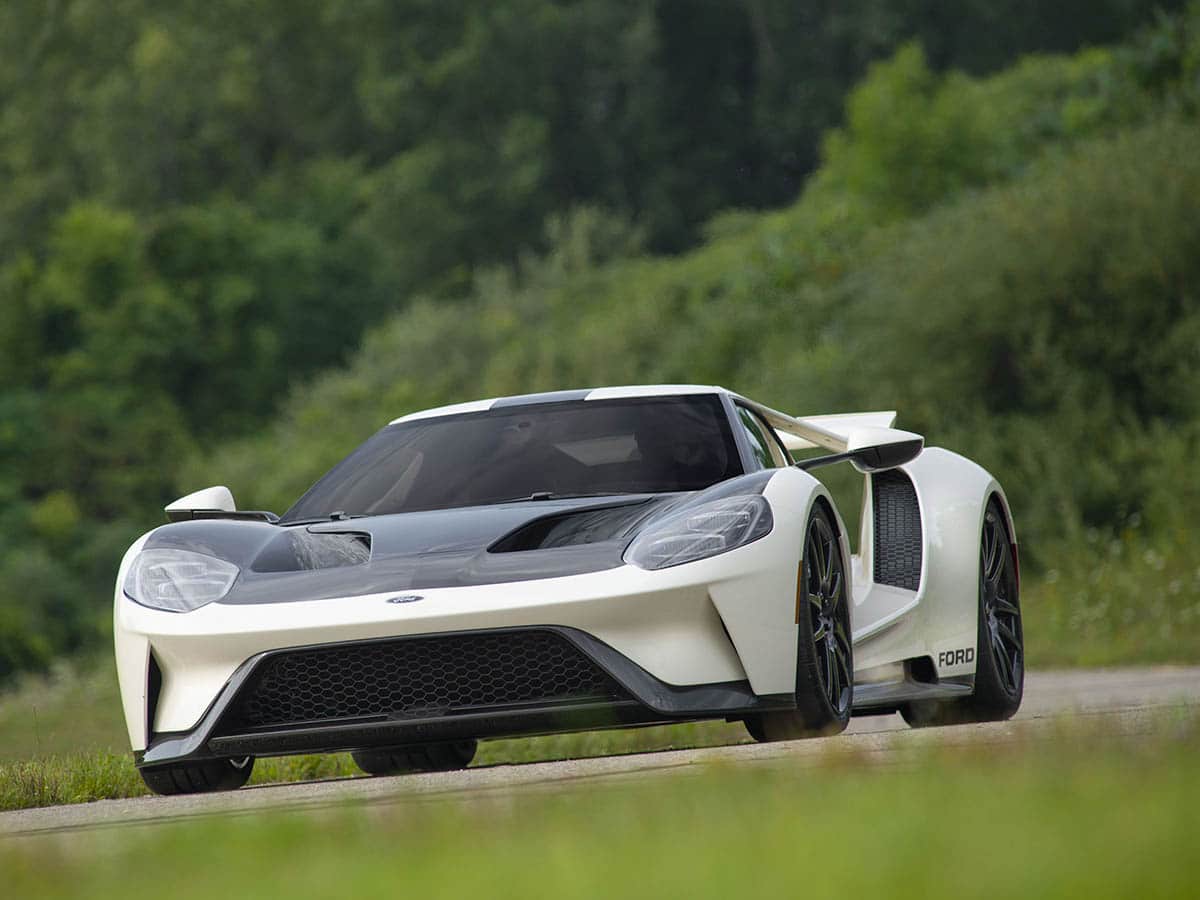 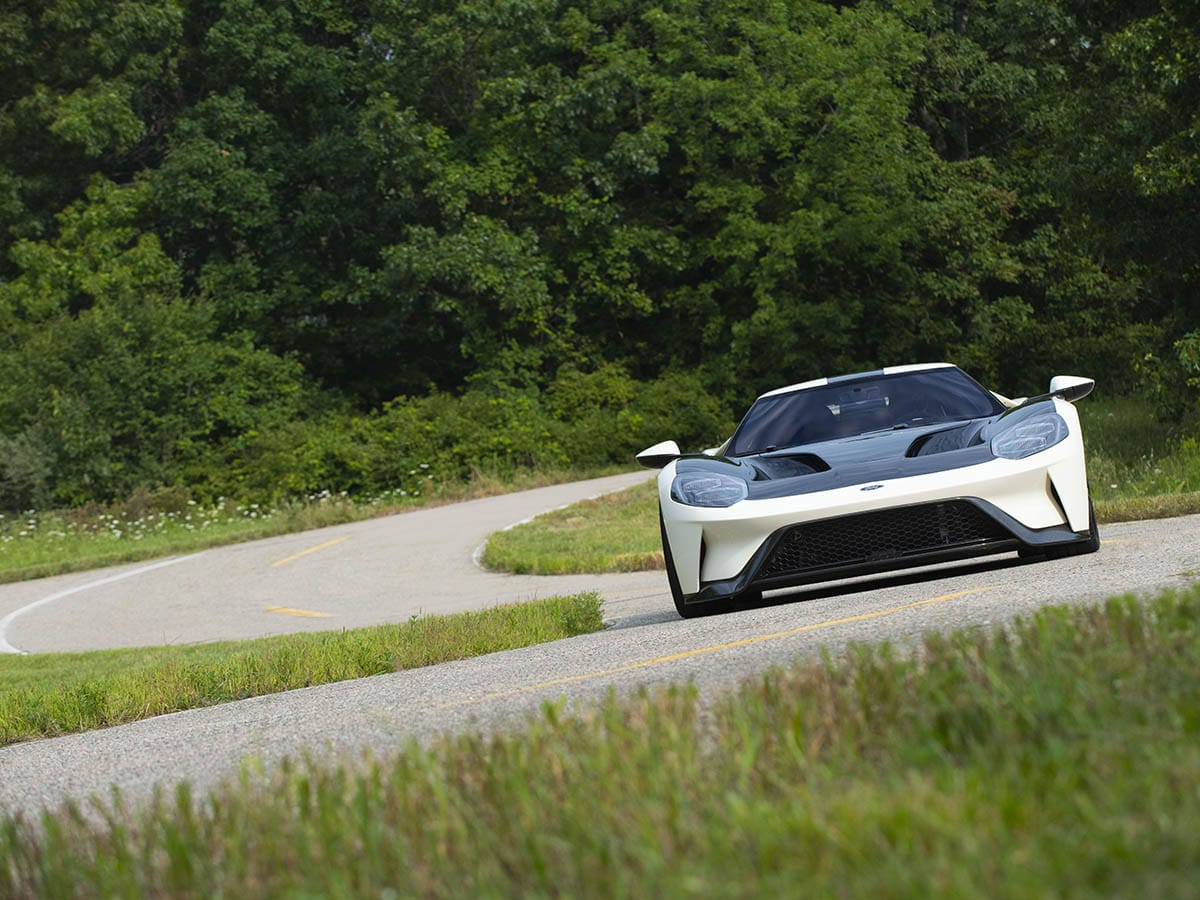 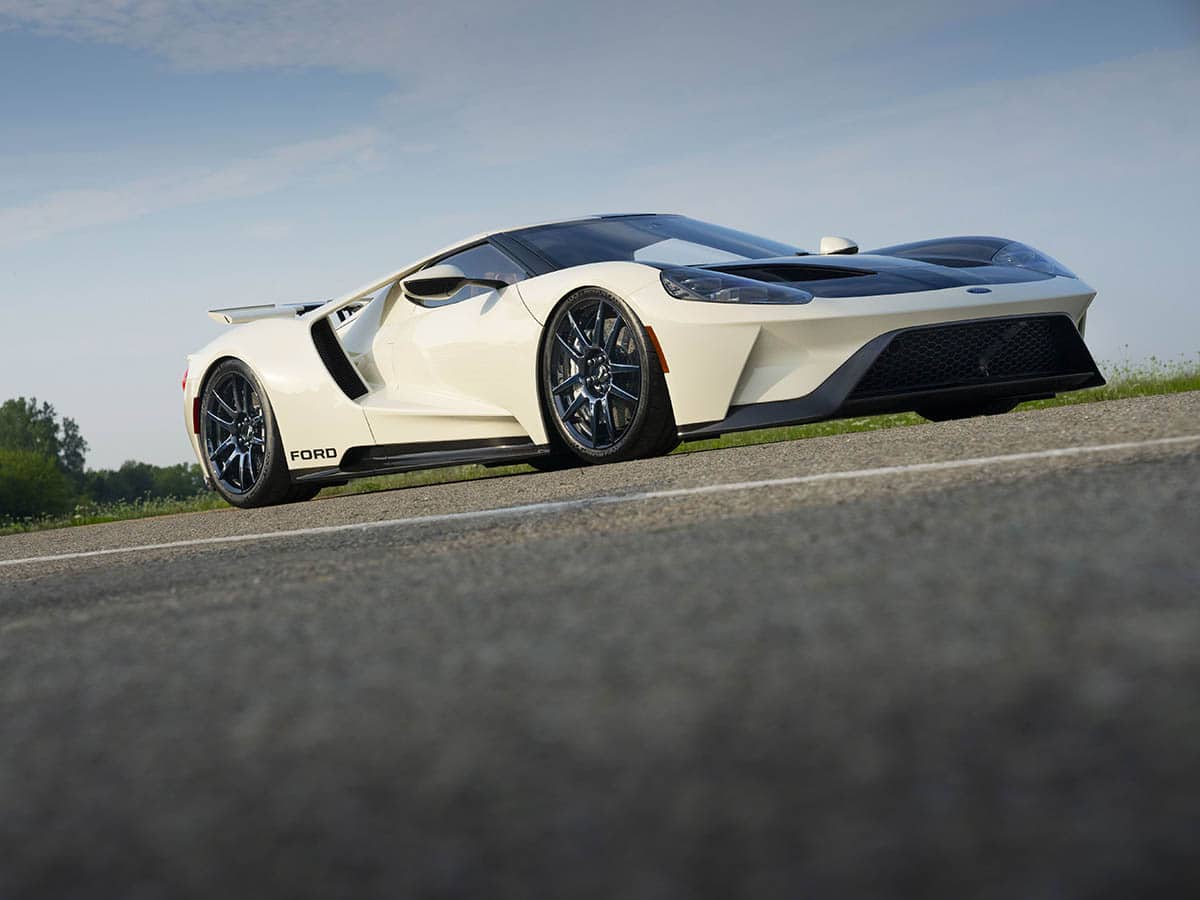 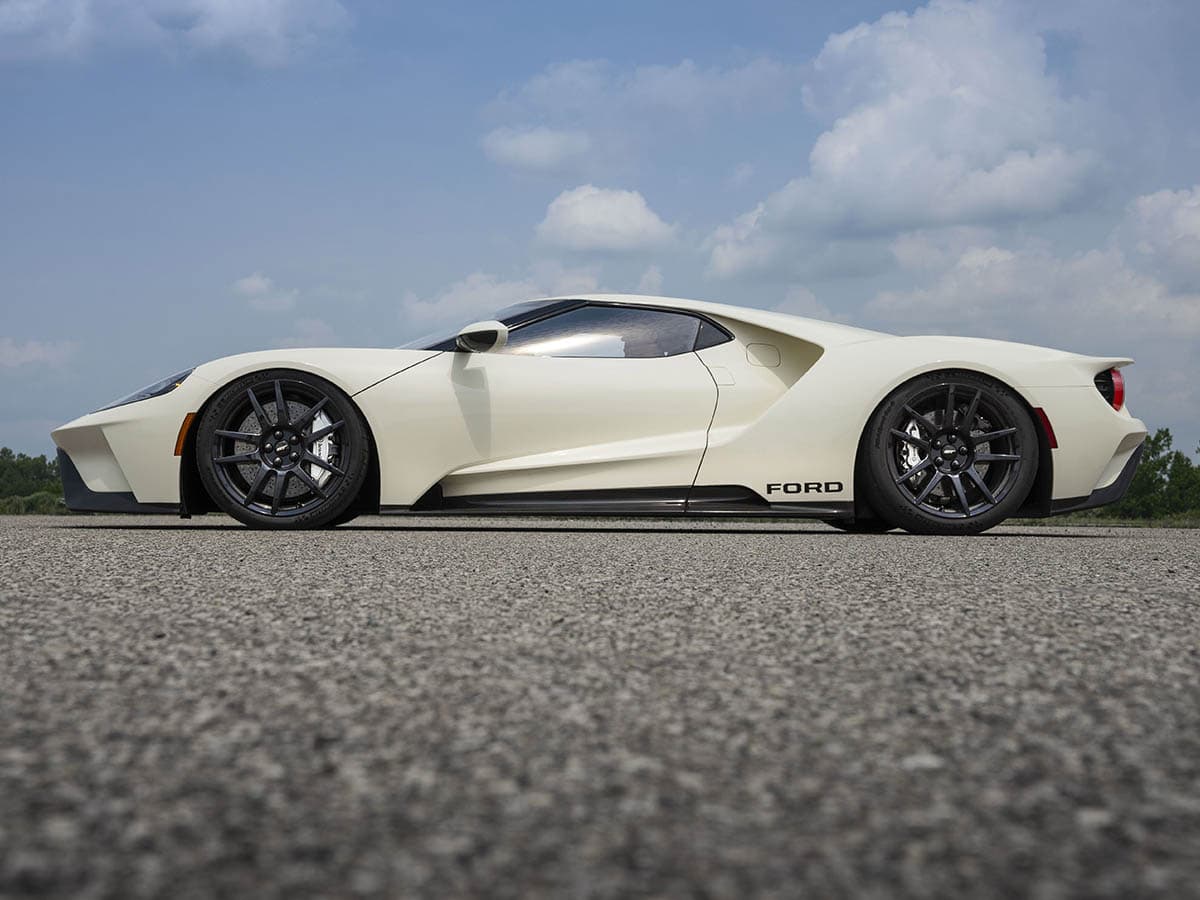 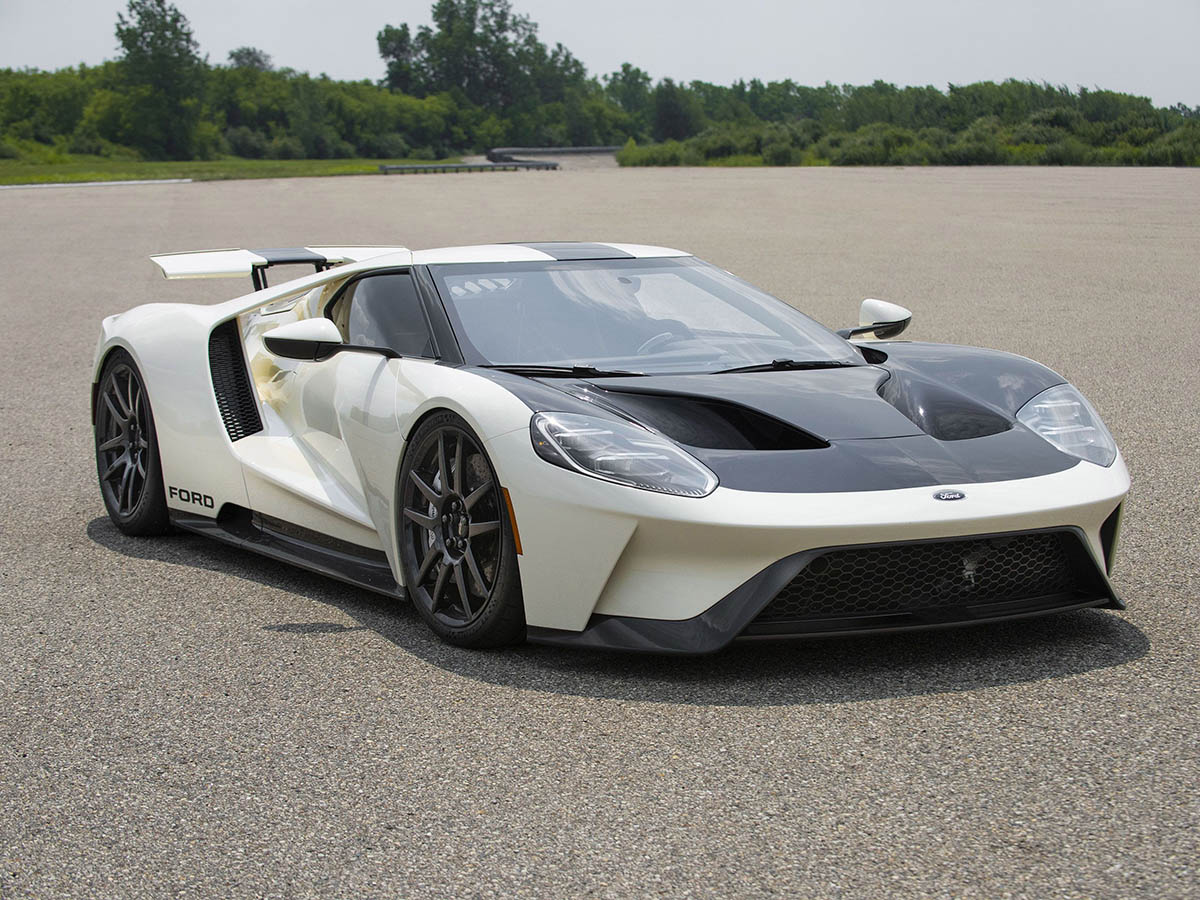 You’ll also like:
2022 Porsche Taycan Upgrades the Impossible
2022 Koenigsegg Jesko is an Orange Suited Track Monster with a 310mph Top Speed
The New Lamborghini Countach is a Questionable Grab of Retro Revival