Proving just how far we’ve come since the days of horse and buggy are supercars and hypercars, both of which push the automotive industry to its most outrageous extremes. As such, one might ask: What classifies a supercar? And while we’re at it, what classifies a hypercar? Put simply, a supercar is a sports car with every conceivable metric cranked up to the max. That is, supercars strive for the topmost shelf in terms of price, scarcity, features and performance. Hypercars, meanwhile, are like the topmost layer of that topmost shelf, representing only the creamiest of the crop. In the same sense that all billionaires are also millionaires, all hypercars are also supercars, but not vice versa. Allow us to elucidate below, where we explore supercars, hypercars, and the differences between the two. 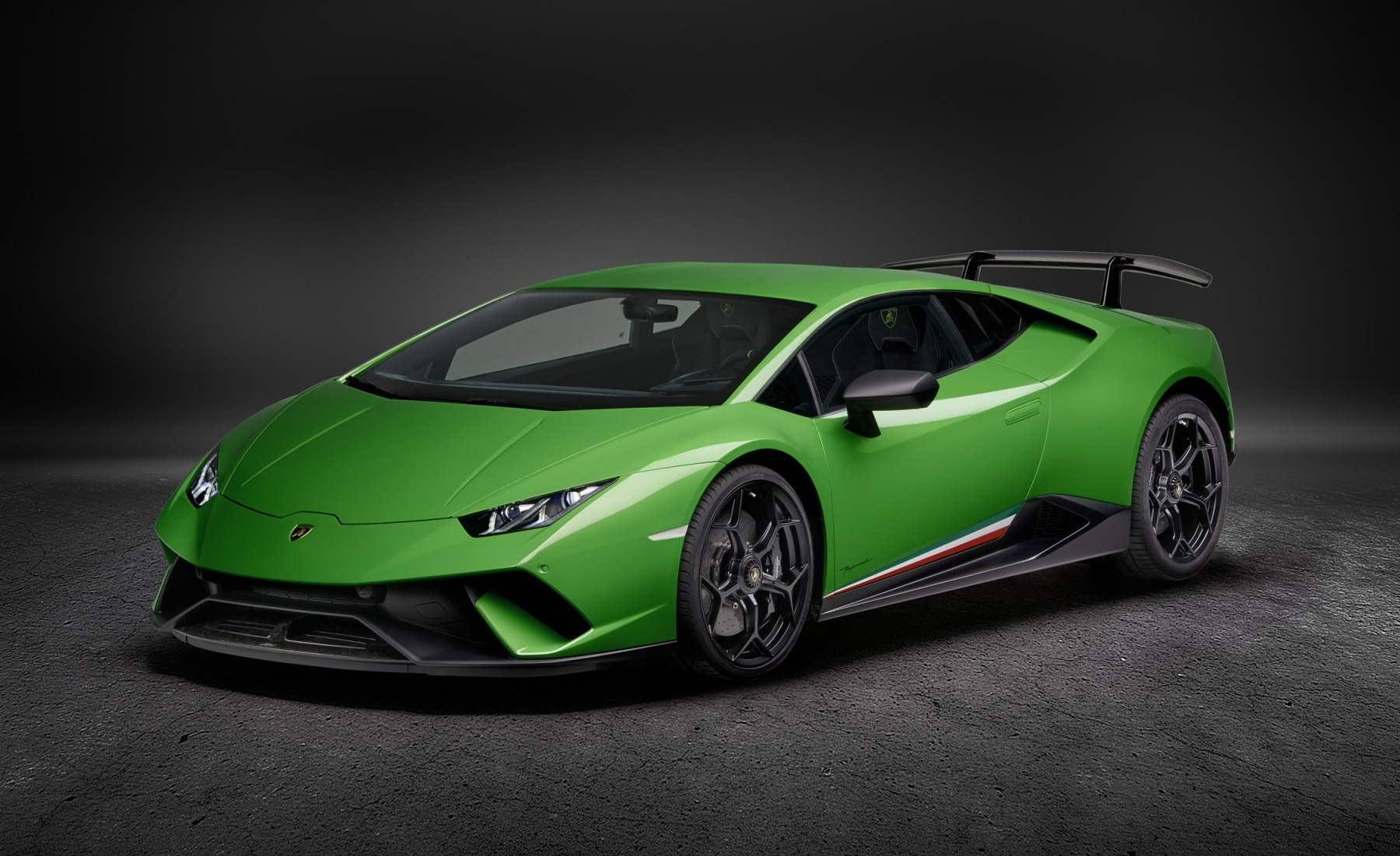 What is a Supercar?

While the term “supercar” dates all the way back to the 1920s, the concept as we know it today didn’t really take off until the late 1960s. According to legend, it all started in 1965, when American automaker Ford crafted the GT40 in order to better compete with Ferrari in professional races. Shortly thereafter, Ford released a road-legal version, which delivered 335 hp, top speeds of 172 mph and the ability to go from 0-60 in 5.1 seconds flat. And while those specs might seem relatively tame by today’s sporty standards, at they time they’d essentially never been seen outside of the speedway, making the car quite revolutionary upon its release.

Given the competitive nature of automakers, it was only natural that a range of companies followed closely on Ford’s coattails, releasing their own extreme machines. Each car delivered remarkably high speed, power and cost alike. We’re talking classic rides like the Aston Martin DB5, Maserati Ghibli Spyder, Shelby Cobra 427 and Lamborghini Miura among others. These weren’t just next generation sports cars–these were supercars. 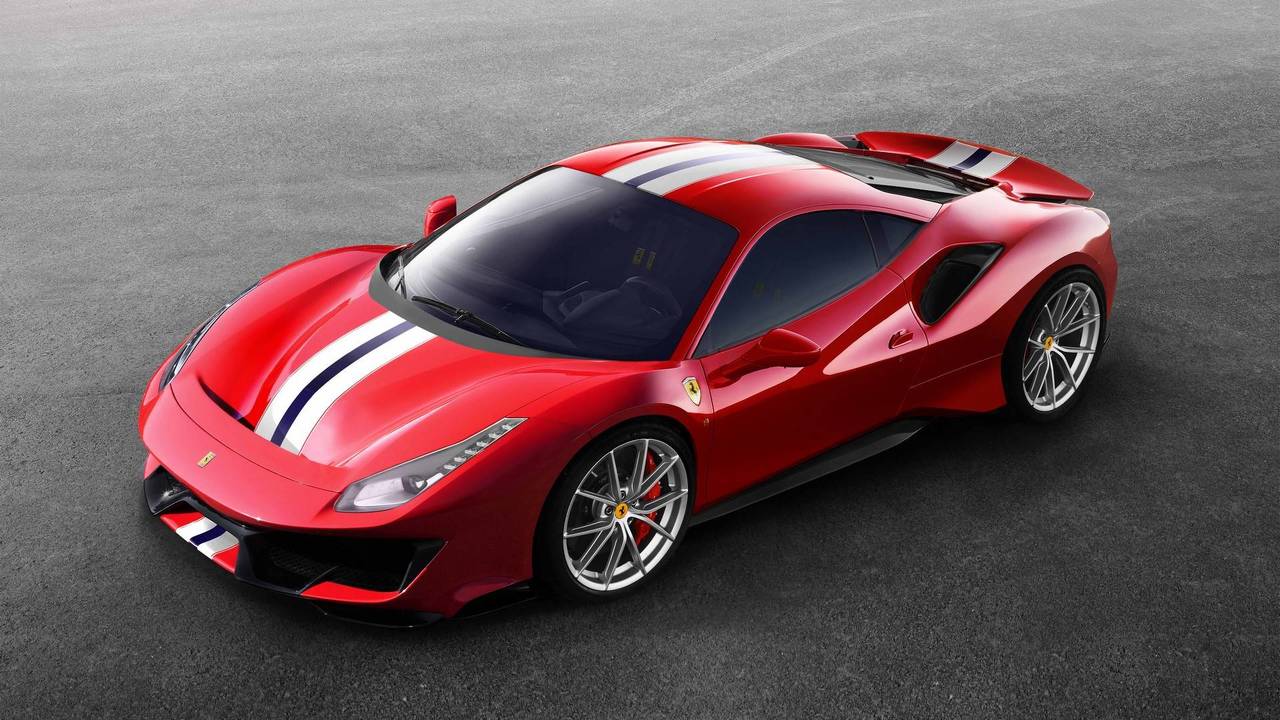 To be clear, the term “supercar” is not an official term, meaning there are no industry guidelines by which a brand must abide before dubbing its latest road warrior a supercar. As a result, there remains plenty of ongoing debate among experts and enthusiasts as to what exactly qualifies as a supercar. For example, look at models like the Ariel Atom or Corvette Z06. Both tout breakneck speeds and remarkable power, but modest price tags when compared to most supercars. In other words, both cars offer–and occasionally best–the performance aspects of their supercar counterparts, but come in at way less cost. That’s not to mention the Atom’s unfettered, simplistic design, or the Z06’s widespread availability.

Does that technically mean the Atom and Z06 can’t be classified as supercars? It depends on who you ask. Some will say outrageous price tags, eye-catching designs and limited quantities are essential components to the modern supercar. Others argue that if a sports car delivers the same baseline specs (tons of horse power, rapid acceleration, lofty top speeds) as a supercar, then that alone is enough to qualify it. Similar to sports fans, car enthusiasts aren’t exactly known to agree on everything (or anything), and determining what classifies as a supercar is naturally no exception to the norm. 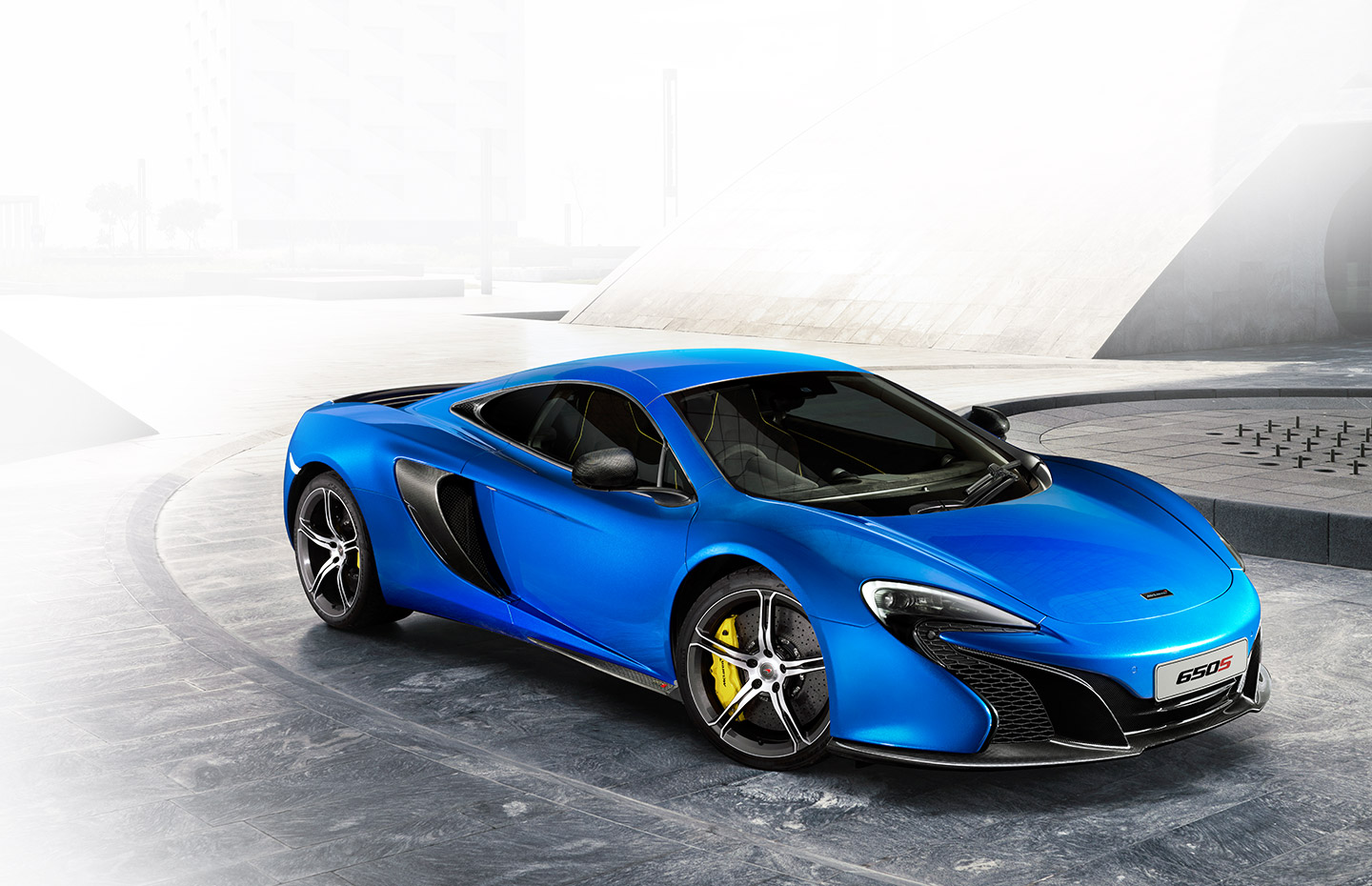 While we’re not here to choose sides, we do lean toward the notion of supercars delivering the whole package. After all, if anyone could just walk into a dealership and drive out in a supercar, doesn’t that undermine the entire conceit? Furthermore, a car’s design or aesthetic is as central to its appeal as the specs or limited availability. Last but not least, if you drop tons of extra money on a “supercar” that offers a similar design and the same performance metrics as a cheaper, mass production model, it could be implied that the manufacturer failed to deliver on its promise of performance and exclusivity. In other words: you did not choose your supercar wisely. But that doesn’t necessarily mean we should start bumping up the less exclusive contenders.

With that in mind, we’ll stick with the traditional definition of a supercar. Each one should be special in essentially every regard, meaning availability, craftsmanship, price, luxury and performance. Specifically, the car should be designed, developed and produced by a small group of professionals at the top of their game. Following along those lines, the subsequent model should be extremely limited in supply and high in cost, thereby reflecting its own distinguished status. Similarly, the supercar should simply exude perfection in every regard, not just speed and power. Indeed, everything from the chassis to the seats should be beyond reproach. That said, performance remains any given supercar’s most important metric, meaning acceleration, horsepower, torque and top speed should all be best in class. 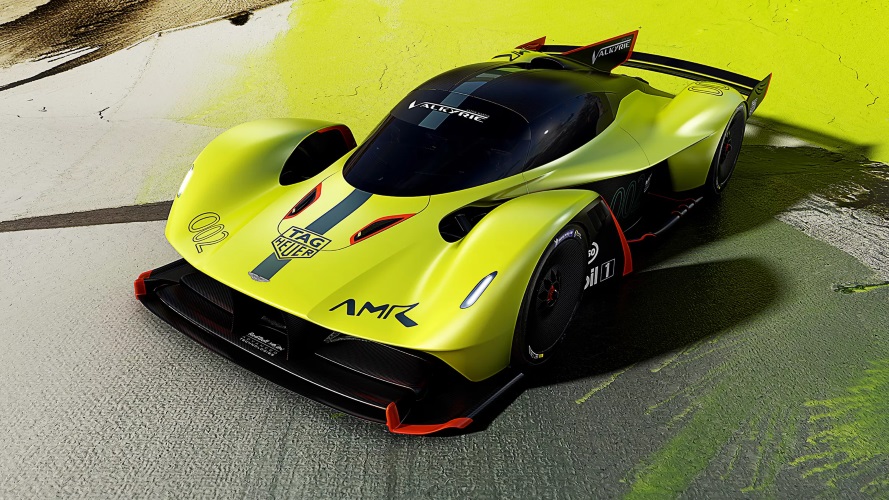 What is a Hypercar?

If only the most extreme of supercars will suffice, you want to get yourself a hypercar. Think of it like going to the nearest bar, eyeing the top shelf liquor, and then realising there’s a shelf above that with supremely rare bottles perched behind the glass. Indeed, it’s all top shelf, but hypercars are tippy top shelf.

Of course, just like the liquor behind the glass, it’s not all satisfaction guaranteed. Furthermore, one bar might have a particular bottle behind the glass, while another bar might have that same bottle one shelf below. Meanwhile, the discrepancy could very well prompt drink enthusiasts to argue about whether that particular bottle is worthy of its tippy top shelf status. 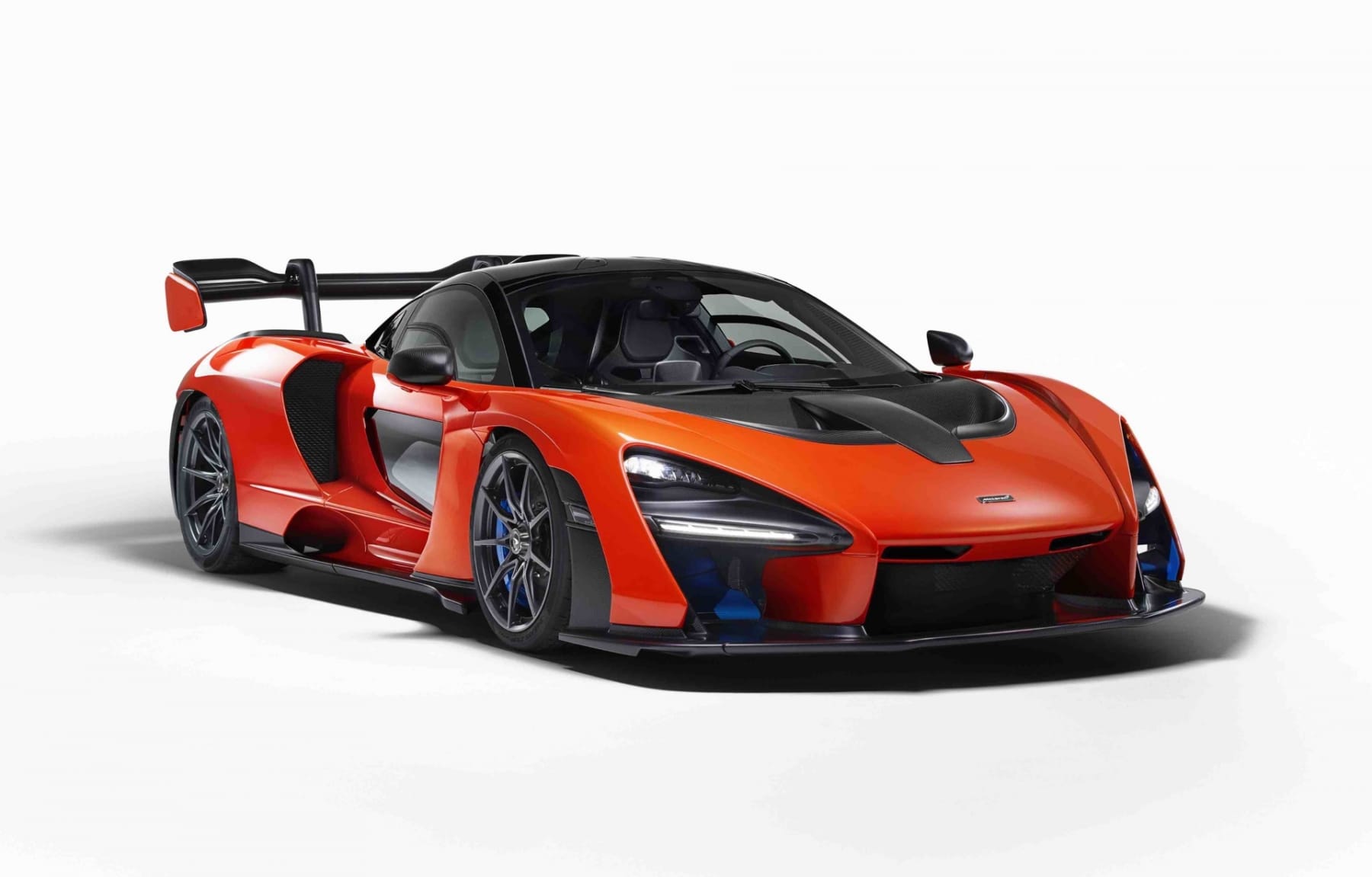 Similarly, there’s plenty of debate when it comes to classifying a supercar as a hypercar. Not only that, but hypercars can occasionally be demoted to supercar status after something even more extreme rolls out. A recent example would be the Lamborghini Murcielago getting bumped down a notch in the wake of the Lamborghini Aventador. As one might expect, it all leads to plenty of back and forth among enthusiasts, collectors and experts.

Most would also agree that the 2011 Bugatti Veyron was the first indisputable hypercar. Among its bevy of insane features was a 16 cylinder engine good for 1200 hp, 1106 lb.-ft. of torque and a top speed of 253 mph. Also part of the package were amenities like surround-sound speakers and air-conditioning (essentially non-existent among sports cars of this calibre). The car cost $5 million to build, an outrageously high cost for one automobile. 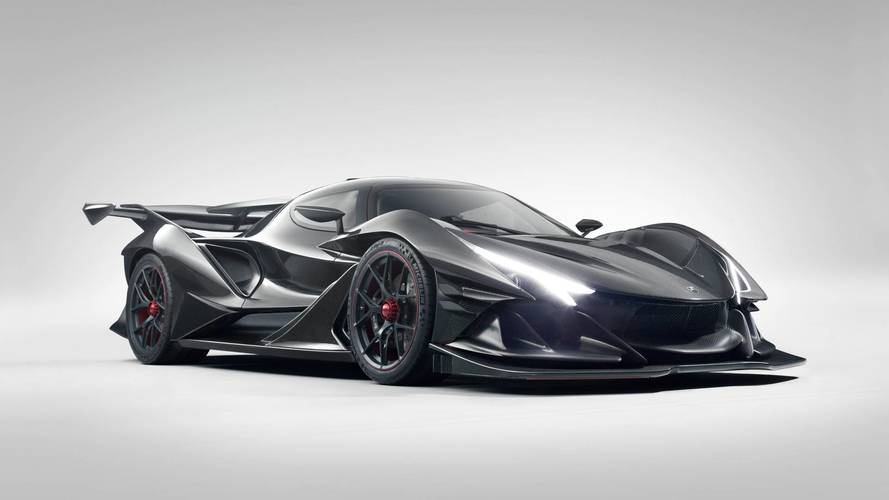 Some might look at supercars and hypercars and think they sound like nothing but a bunch of superfluous grown up toys. However, these limited edition stunners are so much more than that. For starters, they’re true works of modern automotive art. Furthermore, the development of hypercars commonly pushes engineers and designers past their limits, thereby leading to some substantial innovations. Eventually, those innovations trickle down to supercars and premium sports cars. For example, features like movable aerodynamics and high performance hybrid powertrains were once purely the stuff of hypercars, but now they’re beginning to appear in supercars. Because of this “trickle-down” effect, hypercar engineers must seek even newer and better innovations in order to the justify the “hypercar” status and adjoining price tag.

Ultimately, supercars might be thought of as sports cars on steroids, while hypercars might be thought of as sports cars on really good steroids. Therein lies the difference between hypercars and supercars. However, in the pursuit of extremes, innovation becomes a necessity. In that regard, both supercars and hypercars are more than just pet projects, playthings or even works of art–they’re motivators for improvement and innovation as a whole. What we’re really trying to say here is that you shouldn’t sweat it if you can’t afford a supercar or hypercar, because their distinguishing metrics might one day appear in a car you can afford. Of course, when that day arrives, one can only imagine what the hypercars will look like. And so the cycle continues…

On the Road, supercars 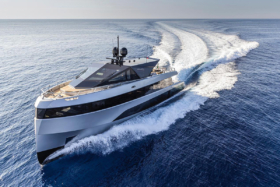