In case this year wasn’t tough enough already, Forbes has confirmed that this is indeed Kylie Jenner’s world, and we’re all just living in it. The youngest of the Kardashian clan has managed to secure a monster bag this year, with the publication naming the 23-year-old as the highest-paid celebrity in 2020. 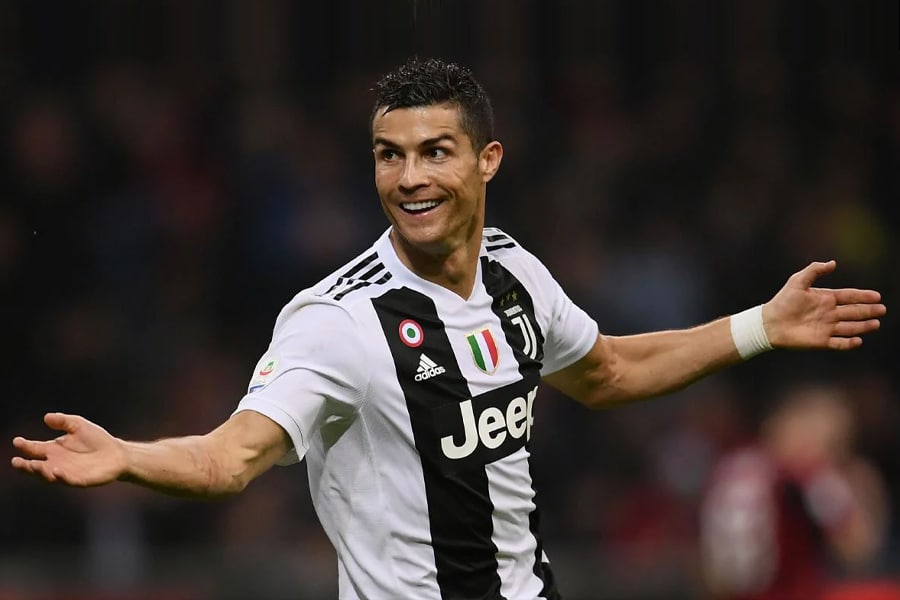 In its annual review, Forbes confirmed that the world’s highest-paid celebrities had earned a combined USD$6.1 billion before taxes and fees. That figure may sound astronomical, but it is a $200 million drop from 2019, thanks primarily to the shuttering of stadiums, arenas and theatres across the globe. In fact, 2020 marks the first decline since 2016, the year following Manny Pacquiao and Floyd Mayweather secured nearly half a billion dollars between them. But, as Forbes rightly points out, “even with COVID-19 lurking and America on fire in every sense of the word following the murder of George Floyd, the show still went on”.

It was Kylie Jenner who managed to rustle up the largest figure of the year and the margin between her and second-place earner (and fellow family member), Kanye West was enormous. It’s no surprise both stars made their money from retail endeavours, with West earning big dollars from his Yeezy sneakers deal with adidas and Jenner cashing in on her 51 per cent stake in cosmetics firm Coty.

Here are the highest paid celebrities of 2020, according to Forbes. 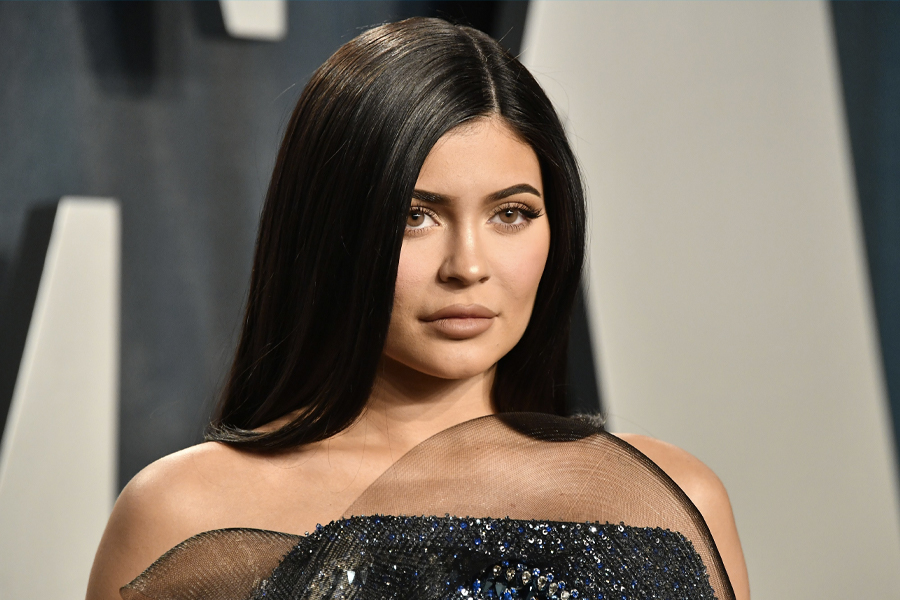 Reality star turned business mogul, Kylie Jenner made a ridiculous USD$590 million this year, thanks to a massive deal in January. Jenner sold 51 per cent of Kylie Cosmetics to publicly traded Coty, Inc. for USD$600 million, a deal that saw her pocket USD$540 million pre-tax. Documents later revealed that the business was much smaller than the family claimed for years, but it mattered little. Aside from that, Jenner made bulk cash through endorsements and royalties from the hit series. 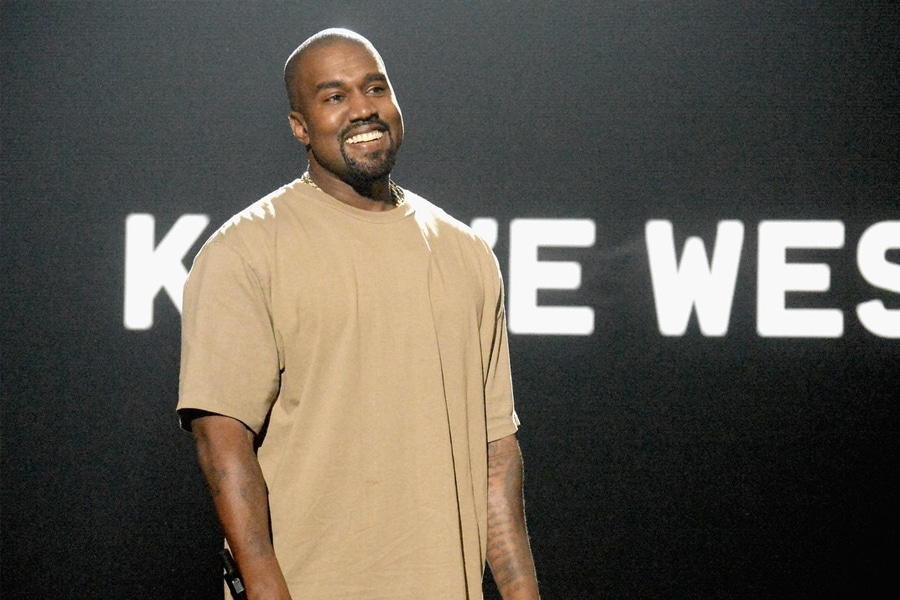 Presidential hopeful and sneakerhead Kanye West came in second in this year’s highest paid celebrities list, earning a massive USD$170 million. With new information revealing West’s Yeezy brand pulled in an estimated USD$1.3 billion in sales in 2019, Forbes reluctantly confirmed that he was likely a billionaire, with an estimated net worth of around USD$1.3 billion. 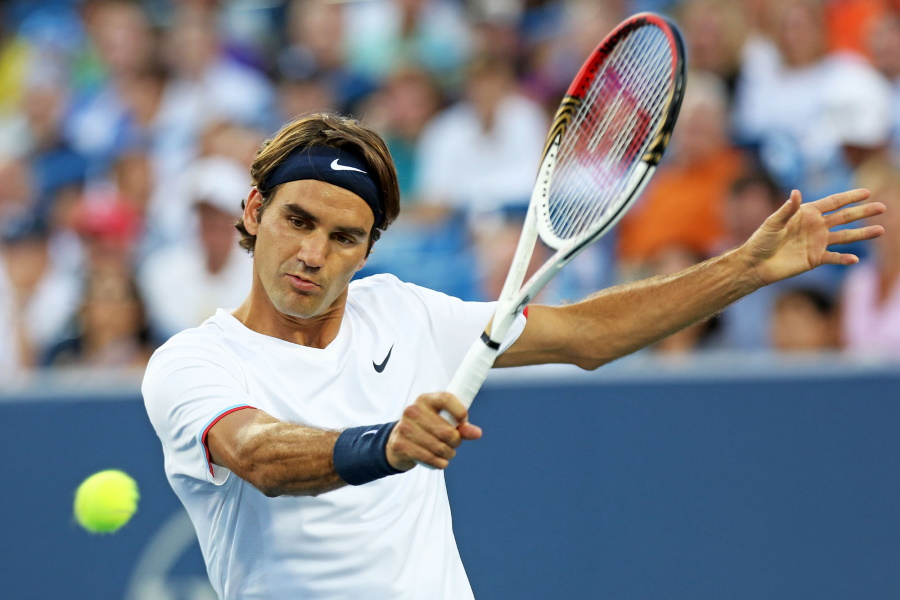 Swiss tennis champion Roger Federer rounded out the top three highest paid celebrities for this year, securing a whopping USD$106 million in pre-tax earnings. The Fed-Express earned much of his massive salary through his incredible endorsement deals, which has become a common theme among the highest-paid athletes for 2020, with little to no sports on offer. 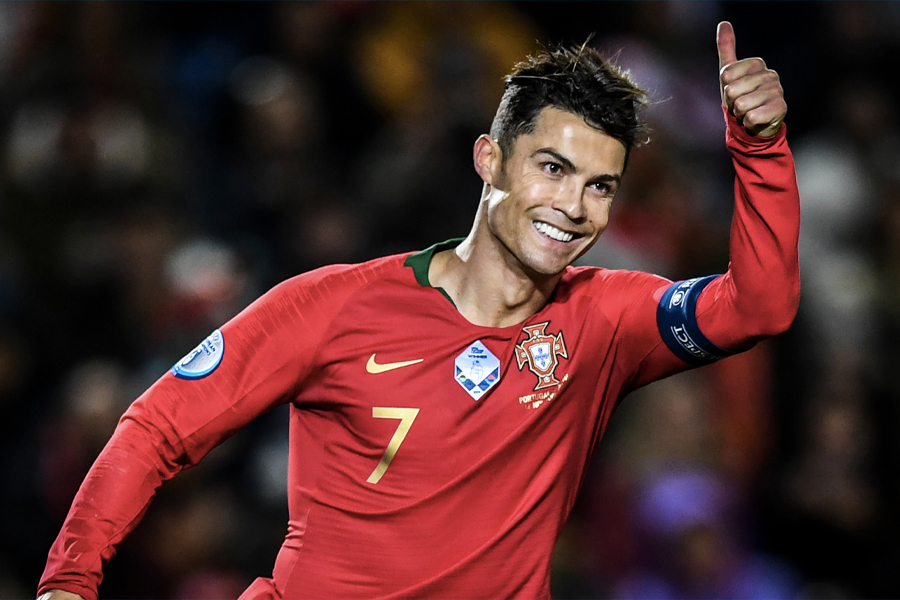 Football star Cristiano Ronaldo has one of the biggest contracts in sports history, despite taking a pay cut worth an estimated USD$64 million in 2018. However, the chiselled champion made a bulk amount of dought through endorsement deals, which is what happens when you are the most followed athlete on social media. 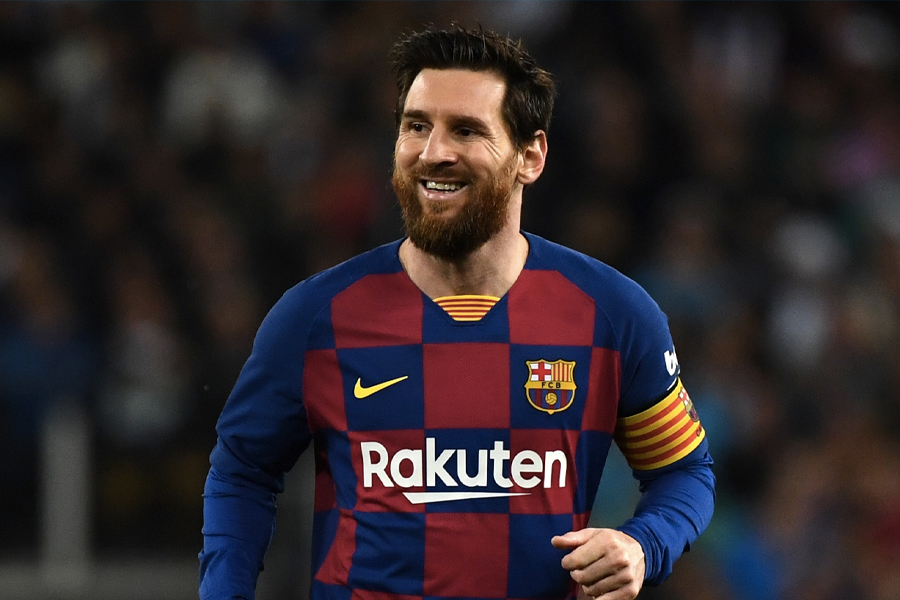 Ironically coming in just behind his Portuguese rival, former highest-paid athlete Lionel Messi made USD$104 million in 2020. The Argentine scored an incredible USD$72 million salary this year, helped along by USD$32 million in endorsement earnings. 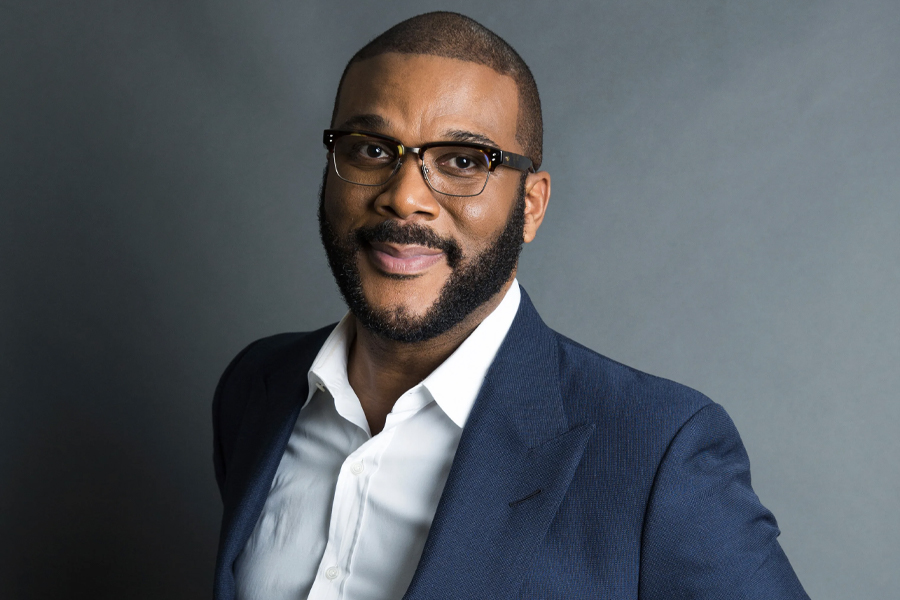 The first actor/producer to make the highest paid celebrities 2020 list, Tyler Perry made a ridiculous USD$97 million this year. Best known for his Madea franchise, which has grossed more than USD$660 million, Perry now has an estimated net worth of around USD$1 billion. The crux of his success comes from the impressive deals he’s negotiated. Unlike other producers and filmmakers, Perry owns 100 per cent of the content he’s created. With USD$95.5 million in earnings, football star Neymarslides easily into the highest paid celebrities 2020 list. His five-year contract with Paris Sanit-Germain through June 2022 is worth an estimated USD$350 million in salary. Pair that with his USD$25 million in endorsements and it’s safe to say Neymar is set for life. 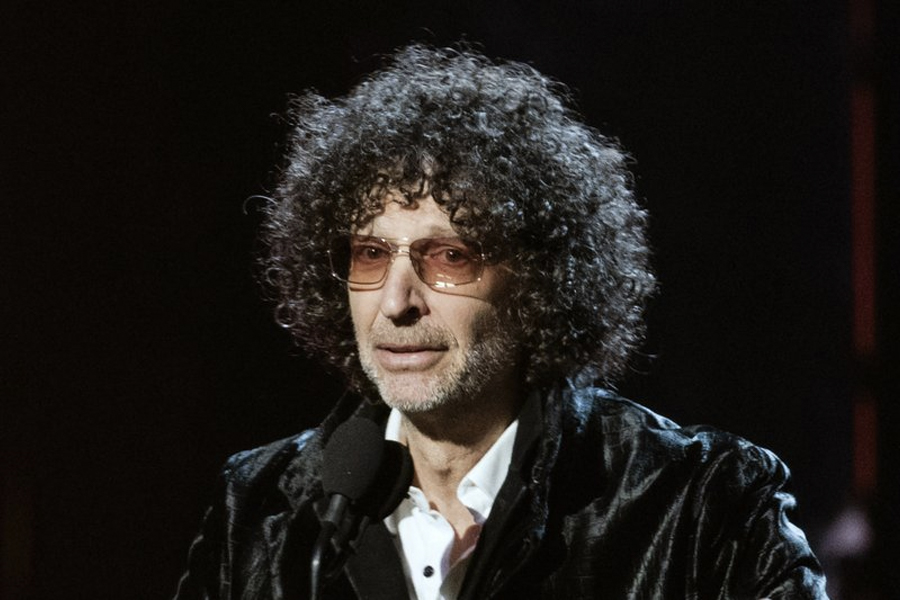 Veteran shock jock Howard Stern continues to make ridiculous money. In 2020, the radio host netted an estimated USD$90 million thanks to his eight-figure annual contract with SiriusXM. Interesting to note is that Stern’s Sirius contract expires in December 2020 and retains rights to his archives, which could lead to a huge cashout. 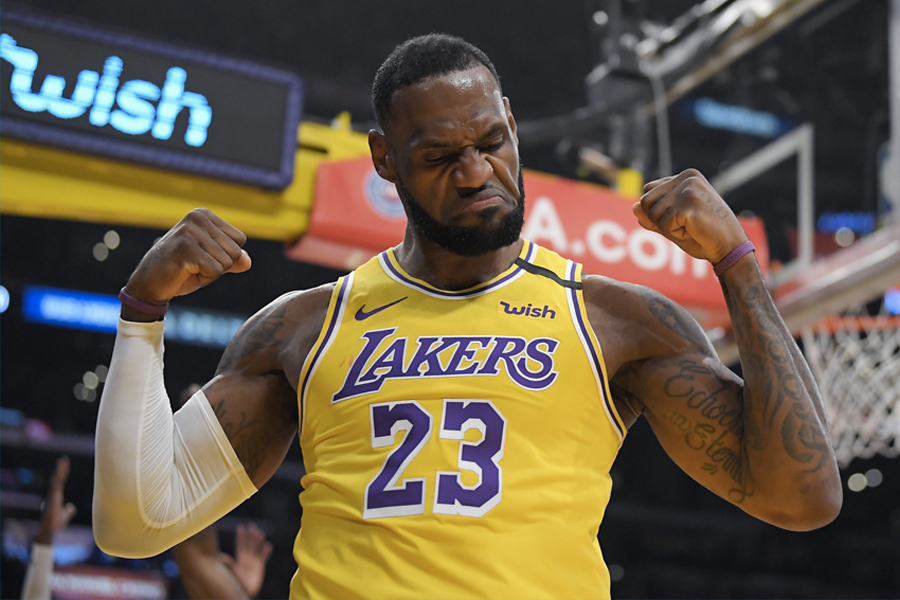 Reigning NBA Finals MVP, LeBron James has become a regular on Forbes’ highest-paid list over the years and 2020 is no different. The Los Angeles Lakers star netted total earnings of USD$88.2 million, thanks to his 2018-signed four-year contract worth USD$153 million. In 2018, James launched health and wellness brand Ladder with Cindy Crawford, Arnold Schwarzenegger and Lindsay Vonn. While the four-time MVP’s contract is far lower than some of his football counterparts, James more than makes up for it with a whopping USD$60 million in endorsements. 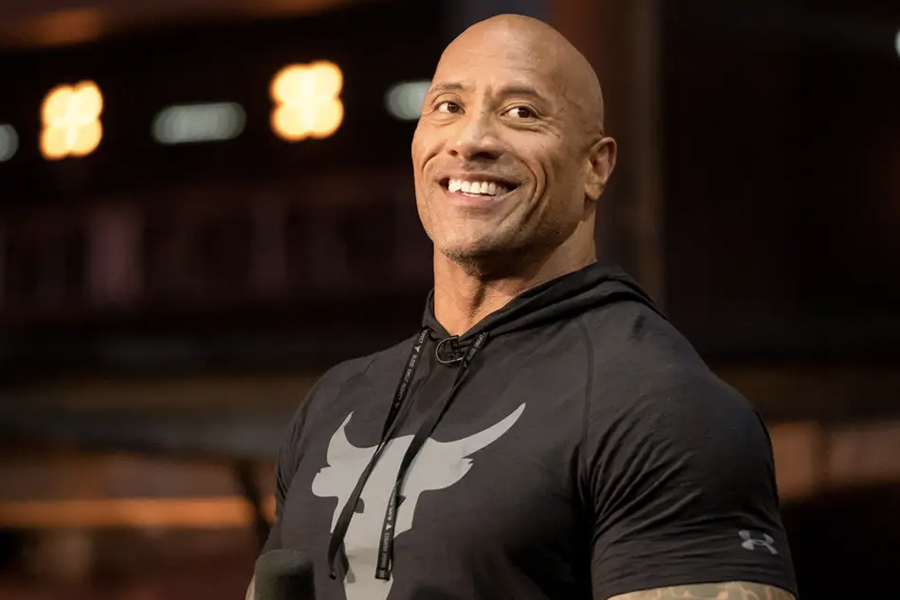 Dwayne ‘The Rock’ Johnson rounds out the top 10 highest paid celebrities for 2020 and it’s not a huge surprise. The 48-year-old former professional wrestler-turned-action star made an estimated USD$87.5 million in 2020, thanks to a healthy USD$23.5 million payday for his upcoming Netflix film Red Notice. Johnson also made a massive amount of money from his successful Under Armour line, Project Rock.

The Best of the Rest

Forbes also went on to name to top 100 highest paid celebrities of 2020 and many of the names are exactly as you’d expect. There are athletes, actors, musicians and reality stars aplenty. Here’s the best of the rest.

Who was the highest-paid celebrity in 2020?

According to Forbes' annual review, Kylie Jenner was the highest-paid celebrity in 2020, thanks to her lucrative deals and cosmetic business.

For the second year running, Dwayne Johnson was named as the highest-paid actor in 2020. The former wrestler managed to earn a whopping USD$87.5 million.

Who was the highest-paid athlete in 2020?