Another year, another buffet of binge-worthy material from our good friend Jeff. That’s right, the big, bald supervillain behind Amazon Prime Video is delivering another schedule loaded with content primed to take over your weekend and rule your living room for the next 31 days. filled with movies, series, documentaries and a few fan favourites releases, the streaming schedule for January 2021 is a mixed bag of good and interesting. From the return of Al Pacino’s badass Nazi hunting team in Hunters season 2 to whatever Jenny from the Block is doing in Shotgun Wedding, the streaming service isn’t afraid to through a few darts at the map and neither should you. Here’s what is coming to Amazon Prime Video Australia in January 2023.

The whole reason we come to the streamer in the first place, new Amazon Prime Video series launches are pure gold. This month, we’ve got a whole host of strange new releases, headlined by one major all-out action adventure. Here are the best new series coming to Amazon Prime Video in January 2023.

Easily the most exciting release to come to Amazon Prime Video in January 2023, The Rig looks to be a high-octane thriller worth a watch. The new series follows the crew of the Kinloch Bravo oil rig as they fight for survival after a strange fog cuts off all communication with the shore. Left completely stranded in the fierce waves of the North Sea, with their helicopter not coming and supplies limited, it’s up to Offshore Installation Manager (OIM) and rig boss, Magnus, to guide his already fractured crew through the evolving crisis.

It’s no simple task. Tensions and paranoia rise as the rig’s systems fail, leading to a devastating accident that brings the crew face-to-face with the deadly dangers of one of the most extreme working environments on the planet. To make it out alive will take bravery, heroism, sacrifice and a confrontation with the consequences of the paths that brought them here.

Whoever thought ‘Al Pacino – Nazi Hunter’ would make for interesting viewing deserves a raise. The film legend’s portrayal of Meyer Offerman, the enigmatic leader of the vigilante crew that takes down history’s worst war criminals is nothing short of electrifying. Finally, after a long wait between drinks, Offerman and his merry band of men and women are back for Hunters season two. In this instalment, history gets warped even further, as The Hunters regroup to hunt down history’s most infamous Nazi—Adolf Hitler—who’s hiding in South America.

The Legend Of Vox Machina Season 2

An animated series with a difference, The Legend of Vox Machina returns for season two and it looks like more of the same. In the new instalment, the realm is under attack by four dragons, each with the ability to turn human and boasting a serious lust for vengeance. Judging by the first trailer, season two appears to be a little more serious than the first, but there is still a lot of fun to be had in this Dungeons & Dragons-inspired romp.

While the quality of Amazon Prime Video films is a bit up and down, this month, the streamer has thrown its weight behind a few major releases. The only original of note is Shotgun Wedding, however, the streamer has put some major new releases on the platform to keep you entertained.

Where The Crawdads Sing

Released just a few months ago, the unique coming-of-age flick Where the Crawdads Sing lands on Amazon Prime Video in January 2023. Based on the 2018 novel of the same name by Delia Owens, the film follows Catherine “Kya” Clark, a quiet and impoverished girl who suddenly finds herself accused of murder. Kya’s harsh reality is set against the backdrop of the 1960s American south, laden deep with culture and class struggles, making for a heartbreaking tale of crime and growth.

Sure, Gasoline Alley was critically panned, but we’ll watch pretty much anything Bruce Willis puts out those days. In this flick, the action legend plays a detective who, alongside Luke Wilson, is enlisted to help a private citizen accused of a triple homicide clear his name. The brutal murder of the three Hollywood starlets has the entire world fixated and only big bad Bruce can expose the real conspiracy behind the crime.

Queen of the rom-com, Jennifer Lopez is once again returning to our screens in a film that starts out pretty much exactly like every other one she’s made. In Shotgun Wedding, J-lo plays Darcy, a bride-to-be who, along with fiance Tom (Josh Duhamel), gather their lovable but very opinionated families for the ultimate destination wedding. However, things take a near-M. Night Shyamalan-esque twist, when the entire party is taken hostage. Sure, it sounds ridiculous and the trailer isn’t exactly Academy Award-worthy, but we’re partial to anything with Jennifer Coolidge, plus there’s a cameo from Lenny Kravitz.

This month, Amazon Prime Video has shied away from the documentary side of things, only releasing one, however, it’s a big one. Here are the best new documentaries coming to Amazon Prime in January 2023.

After a blockbuster first season that saw the Aussie cricket team attempt to recover its credibility following ‘sand-paper-gate’, The Test is back for round two. This time around, we join the sporting stars in the wake of another scandal, following the exit of captain Tim Paine and coach Justin Langer. According to Amazon Prime Video, the series goes behind closed doors of the 2021/22 Test Season, detailing the battle against arch-rivals England, the first series in Pakistan for more than two decades, and a captivating duel with Sri Lanka in the middle of anti-government protests.

Everything Coming to Amazon Prime Video in January 2023

With all the best movies, series and documentaries Amazon Prime Video has to offer delved into, it’s time to put the whole schedule on display. Here is everything coming to Amazon Prime Video in January 2023 for your viewing pleasure.

What new movies are coming to Amazon Prime Video in January 2023?

There are a number of new films coming to Amazon Prime Video in January 2023. These include: Jurassic World, Creed I and II, Rocky I, II, III, IV and Rocky Balboa, alongside Shotgun Wedding, Where the Crawdads Sing and Valkyrie.

What new series are coming to Amazon Prime Video in January 2023?

What new documentaries are coming to Amazon Prime Video in January 2023?

There is only one new documentary coming to Amazon Prime Video in January 2023. This is The Test, whihc focuses on the Australian cricket team. 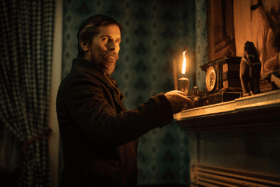 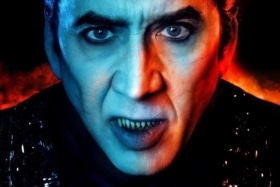