Did you say less than 1,252,000 Euros? Haha, you fool, you know nothing of high finance. For that is the price paid for the world’s most expensive bird, Armando, at the Joel Verschoot pigeon auction, which I’m sure I don’t need to tell you is Europe’s most prestigious pigeon auction probably for all we know. 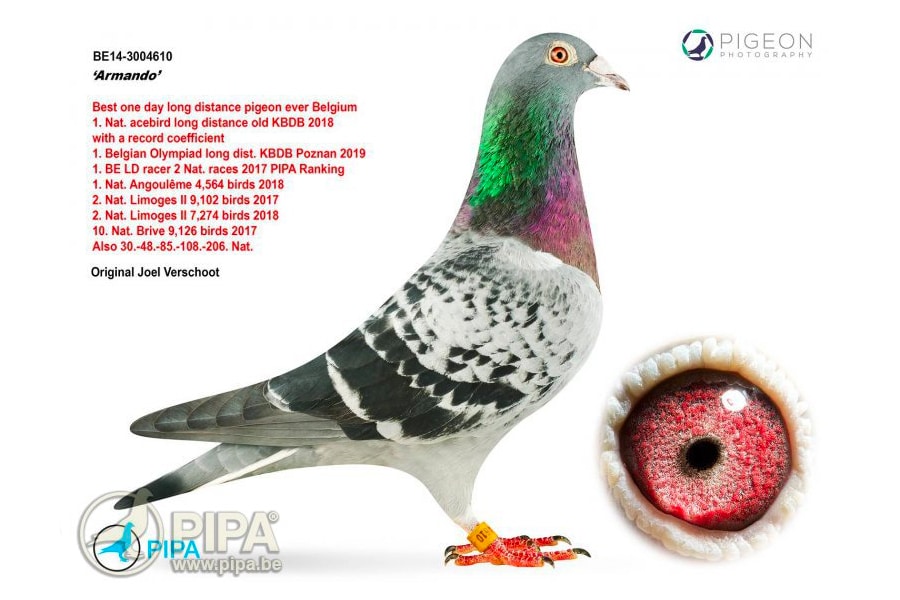 Armando is, admittedly, a fine-looking pigeon. But to be frank, so are the ones who eat garbage out of my bins, and I have yet to receive any firm offers for them. He has nice grey feathers with that attractive shade of shiny green and purple around the neck that tells you “yes, here is a pigeon”, and like all good birds, he has the eyes of a remorseless killer. He also has an outstanding racing record, and probably it’s his ability to race that gained him the big bucks, moreso than his feathers. Although the feathers are integral to the racing, so, it’s a pigeon and egg problem really.

In fact, Armando is the best one day long distance pigeon ever, which means that he is worth every bit of that million-plus Euros, assuming pigeon racing is much more lucrative than any of us ever imagined: and I guess we have to accept now that it is. Even better, seven of Armando’s children were sold at the same auction, for an average of 21,500 Euros each. So he’s not just a racer, he’s a lover.

All in all, Armando’s record price really makes you ponder the relationship between animals and humans, and more generally, just what the hell is going on.

Which is the most expensive bird in the world?

Racing pigeons are the most expensive birds in the world, usally selling for up to $1.4 million, followed by the Palm or Goliath Cockatoo.

What is the most expensive bird as a pet?

Gouldian Finches, White Peacocks, and Flamingoes are some of the most expensive birds that people keep as pets.