Muhammad Ali once said he’d seen George Foreman shadow boxing and the shadow won. Sure, it’s a simple joke, but when he found himself lying flat on his back after eight rounds in Zaire, you can’t help but think Foreman reflected on the quip, after all, there’s something to be said about a good sledge. Poignant, topical and quick-witted, trash-talking is the language that turns gentlemen into degenerates and clever conversation into ‘yo-mama’ jokes. One man who mastered the art of the sledge is Wendell Sailor. 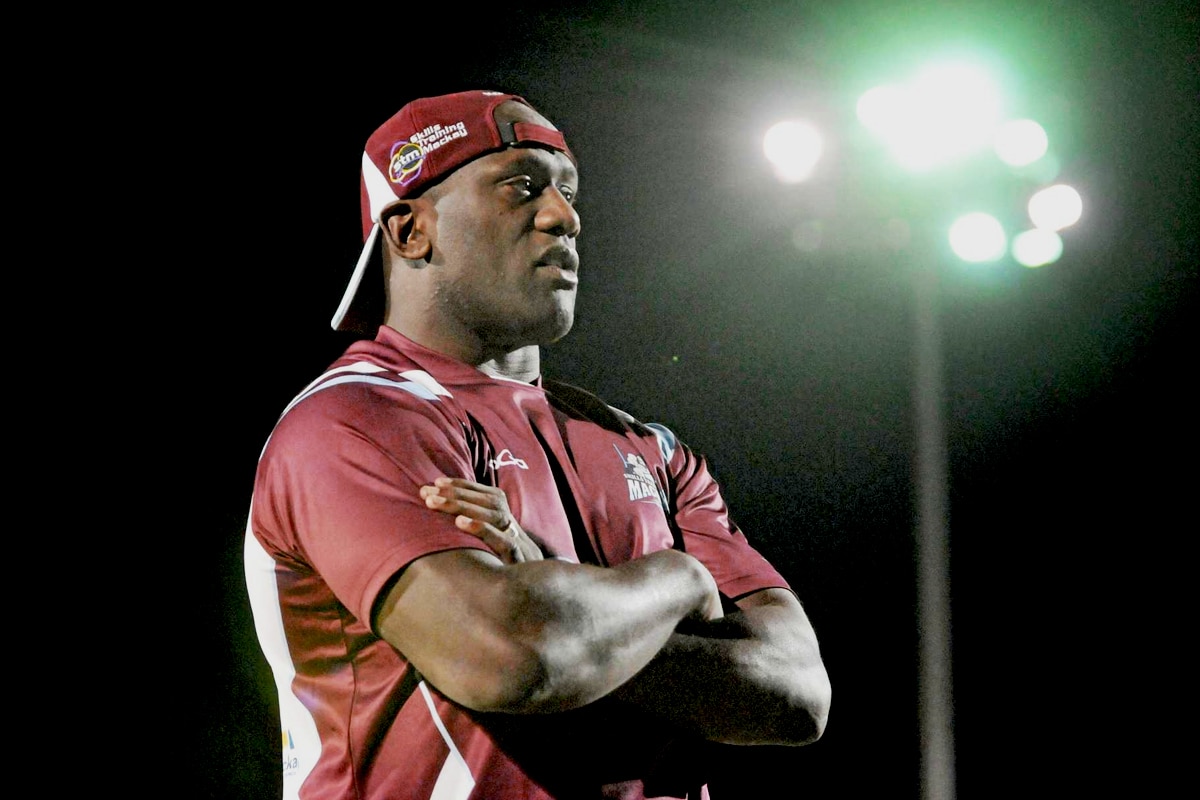 The State of Origin rugby league icon is known for getting under the skin of opponents, officials, co-workers and occasionally friends, but such is the life of a master sledger. Unfortunately, after a 50-6 thrashing in the State of Origin Game 1 last week, the Queenslander is understandably a little quiet.

“I didn’t really think too much of the game, to be honest with you. They were just so clinical, everything they did was fast,” Sailor says. “From the first set, Tom Trbojevic stacked two-one and then Tedesco was in there, and I just thought, well, we’re in for it here. And the worst thing was, when you commentate to win and Gert is right beside you, you can’t say anything. We just got played.”

And he’s not alone in his sheepiness. New research from food delivery legends Menulog revealed that one in five Aussies would chuck a sickie to sidestep a sledge at work. In fact, nearly one in six say they’d cancel social plans to avoid post-game ridicule following a big loss, but as the old adage goes, there’s always next week. We caught up with big Dell to talk trash, gaining some handy tips on mastering the art of the sledge. 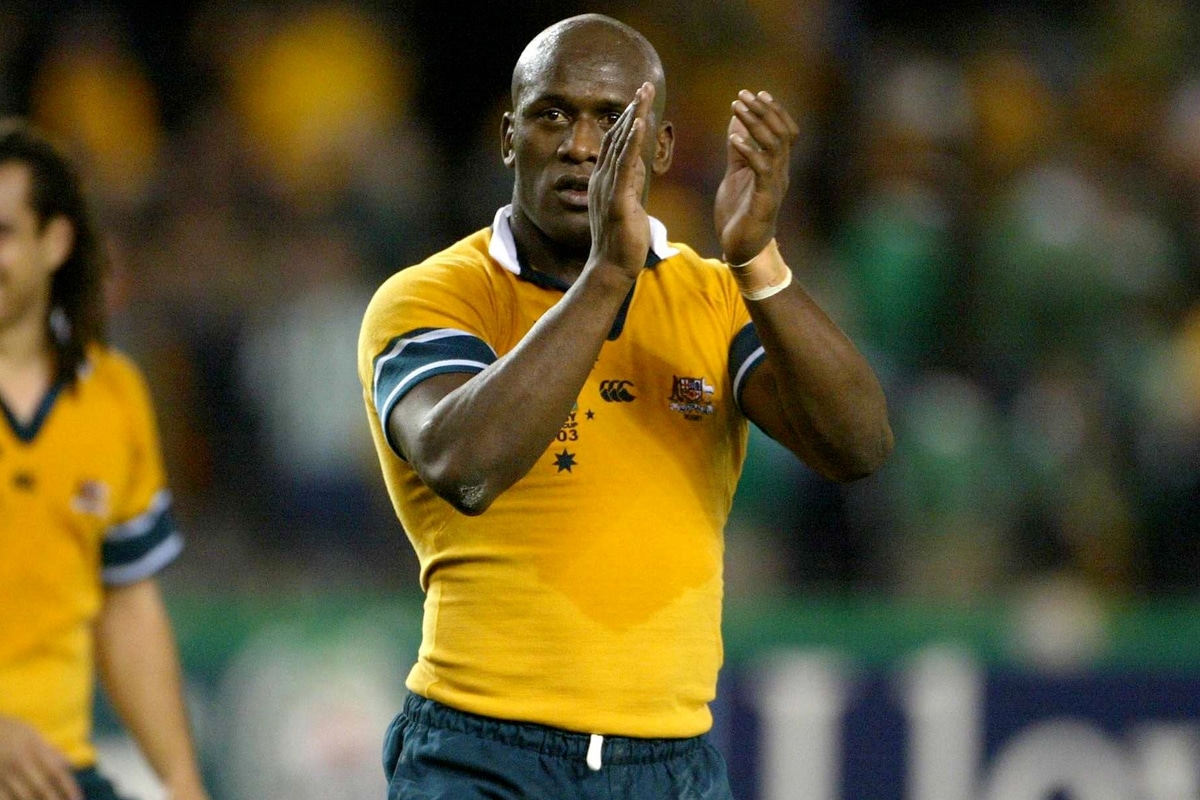 MOM: Giving your mates shit is part of being Australian and you’ve been known for getting under the skin of mates and opponents. What’s your secret to the perfect sledge?

Wendell: Oh God, I think with the sledge, you got to be quick with it, but you’ve got to think about it too. You just can’t sledge for the fact. I was always known to be straight because obviously, I don’t mind a chat, but I was always pretty dominant. I’d pick up a few sledges in and around what I’d see. If I saw a player and he didn’t have good hands or he couldn’t tackle, I’d use that and bully him a little bit as well.

MOM: Are you the kind of guy that would pick your target before the game? Research them a little bit so you had a bit of background information, and then let fire?

Wendell: Yeah, look, a bit of that: but no one was off-limits. I didn’t care if you were in the front row, the back row, it didn’t matter. Because I was a winger, I always had a bit of air in my lungs, oxygen, so even the boys would go, “Go on and tell us again mate, you were ruthless mate.” And I think it’s a little bit easier when you got a team like the Broncos. I was on the wing and there weren’t not many wingers of my size, so I used to give it to the front rowers. I’d rile them up and they’d get yellow cards, so, you can use it to your advantage as well.

MOM: So no one was off-limits to the Wendell barrage?

Wendell: No. For me, no one was off-limits. I was never the best fighter, but I suppose I could hit like a big guy. I do remember two guys I sledged in the front row. I got into one of them a little bit and then I bullied him, but when he put his head up I just went, “Wow, well”. I couldn’t put it in reverse fast enough, and that guy was Ian Roberts.

I was getting tackled and I pushed out and said, “Get off me you weak so and sos.” And then I lashed out with my right arm and it got him on the chin. When I looked up I just went, “Wow, I’m in trouble here.” His eyes started rolling and I was lucky Gorden Tallis stepped in. You know when you a kid in the school playground, and you pretend to be plucky, I was like, “Yeah, come on mate”, but I was reversing back to my wing very quickly at the same time.

For the rest of the game, Ian Roberts was just hunting me. He was just into me and I could just sense him around every corner. After the game, we shook hands and we left it there, thank God because as we know Ian Roberts is an animal.

MOM: It’s lucky you left it on the field because you wouldn’t want that chasing you back home.

Wendell: Well that’s it, when you’re sledging, for me, family is out of bounds, obviously your race, your sexuality, you don’t need to go there. Have a bit of fun, be creative, it’s gamesmanship, but you’ve got to be a little bit quirky. Will Chambers told me that he used to pick a target, have a few in his pocket and just bombard them, all day. I asked him a couple of years ago and he said “Mate, don’t worry. I sledge off the cuff, but also I got a few in my pocket.”

MOM: So, that’s the secret – You got to have a few in the chamber wherever you go.

Wendell: Yeah but you got to be good enough to deliver it too. There’s no good trying to be a sledger if you can’t deliver it. You got to know how to pause, how to get into them and if someone makes a mistake during the game, remember it. Next time he gets the ball, you can dig in with “Mate that’s just awful. You’re going to get off soon. You going to get dragged. Or, I’ll give you another tip, don’t play out here with the big boys.” 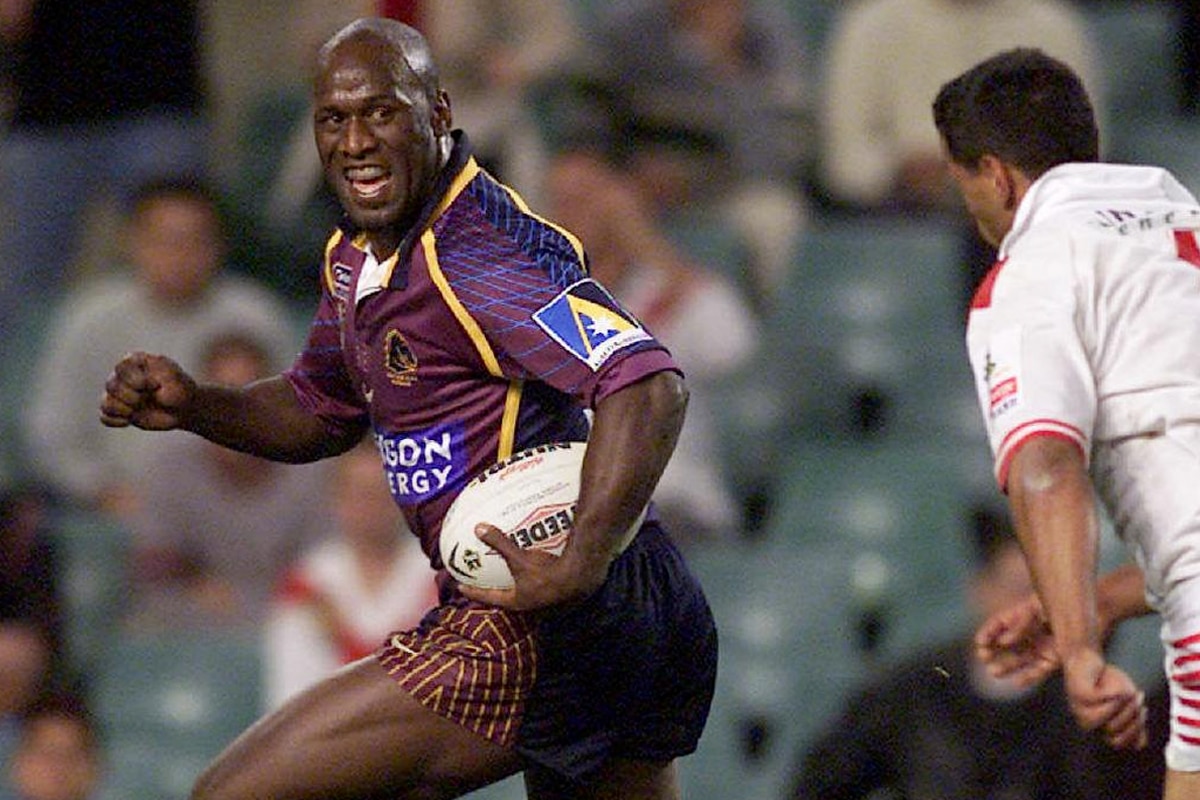 MOM: Is there a sledge that you made in your career that stands out?

Wendell: I’ll be honest, there’s one for me. When I came back from my time out of the game from being a bit of a naughty boy, as we all know, I came back through the Dragons. I had played two or three games and I was a bit bigger, not as fast, and I came up against Denan Kemp, who now runs Bloke in a Bar.

In my time away from the game, I’d watched Denan Kemp score ridiculous tries like they were nothing. I was 33, Denan Kemp was 23 and he was quick. I thought my biggest ace was bullying him. So when I got out there, he looks over at me and smiles. I said, “That’s not on mate.” And then he sort of stops smiling and I look up at him again and this time I eyeball him. I knew I had to make up the outside because he’s that quick, if he got the sideline, he’s gone.

But at the next scrum, he’s still looking at me, still smiling. I said, “Next time you look at me, next time you smile at me, next time you run at me, I’m going to throw you into that grandstand.” And he didn’t run at me for about half of the game. Unfortunately, I got injured, so he had the last laugh in the end but it was pretty funny.

After the game, he actually said, “What you don’t understand is that I was smiling because I couldn’t believe I was playing with one of my idols, one of the blokes who I’ve always respected. I’m playing with Wendell Sailor.” I thought he was just smiling at me ready to take me on. It was probably my fault. When you get older, when you’re not as quick as you used to be, playing against a young quick guy who has worn your jersey for nine years, it hits the ego.

MOM: Who’s the best sledger that you’ve ever played against?

Wendell: Oh, it’s Ricky Stuart. He was ahead of his time for sledging. Ricky was really good, but in the modern game, mate, JT was quite good. Gallen didn’t mind the sledge, very aggressive sledger but just as good. You can’t go past Cam Smith, either, he was ace.

MOM: There’re a few surprises in there.

Wendell: Oh yeah, there is. That’s the funny thing; some blokes just sledge for the sake of it and you know not to listen, but some players make you take a step back reassess everything. 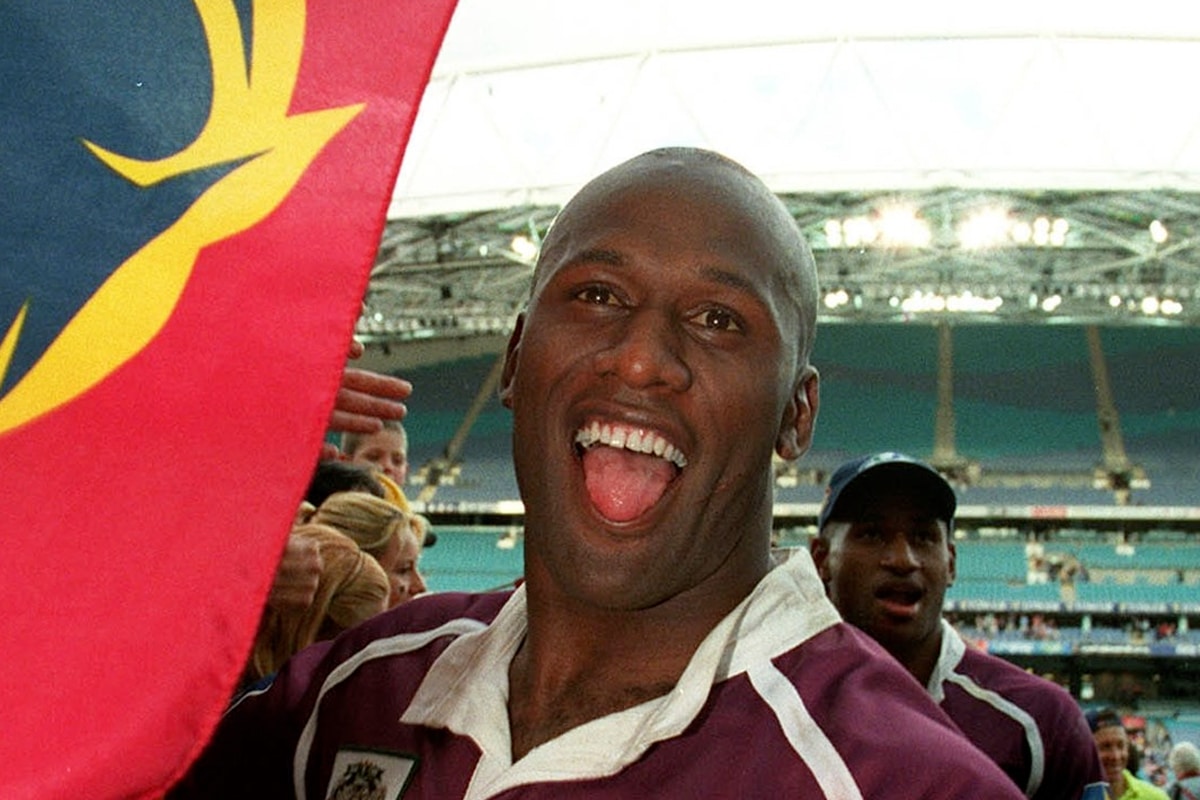 MOM: Now tell us a little bit about your work with Menulog. What can we expect and what kind of advice are you going to impart on your sledging proteges?

Wendell: I think what Menulog is doing is great because we all like to get into it when we’re watching sport, having a drink and socialising. It’s even better because it’s the same guys I sledged against in my playing days. It’s great to go up against Joey, Matty Bowen, Brett Kimmorley and The Chief again. Let me tell you, I didn’t sledge The Chief too much during my playing days because he was a warrior, but he’s such a genuine guy.

MOM: What is your prediction for game 2, what are you expecting? Does QLD have an answer for Turbo?

Wendell: Look, I don’t know how to shut it down, but I will say our forwards didn’t do their job until the middle third. We got beaten in every aspect of that game. Queensland has got two or three players to come back and they could do a job, but mate, if they give up 50 points, it’s going to the same again. Credit to New South Wales, they’ve done incredibly well to go into enemy territory and do what they did. Whatever Paul Green has to do and JT, they going to have to do real quickly because they’ve only got 18 days to turn it around.

MOM: John McEnroe, Conor McGregor, Michael Jordan or Muhammad Ali, who’s your pick for the best sledger of all time?

Wendell: Oh mate, I think Michael Jordan. Muhammad Ali was good, but after watching The Last Dance, seeing how he would get into people’s heads – Closing his eyes for that shot with Mutombo. Everything about Michael Jordan was intense. He had a go at Steve Kerr who is the nicest bloke in the world.

I know Ali was good at sledging and stuff and he was very articulate in that but Jordan is my sort of man. After seeing how Jordan was sledging and how he played, night and day, I love him even more.

As part of Menulog’s new #OriginSnackdown initiative, Wendell is going head to head with Blues great Paul Harrigan. The two sledgends are offering up personal trash talk training for two lucky Aussies in the comfort of their own home. Those that show great sledging potential, will rub shoulders with the Kings of Zings to become masters on crafting a cutting barb that smashes harder than avo. 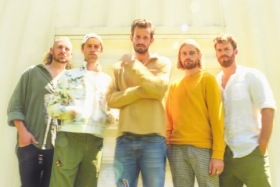