The great podcast wars of 2022 are officially heating up and an unexpected player has entered the chat. Aussie comedy legends The Chaser have confused and stunned thousands of Spotify listeners by weighing into the ongoing Joe Rogan debate in trademark style. The group changed the name of their podcast to ‘The Joe Rogan Experience’, briefly overtaking the top ranking for the controversial ratings juggernaut, even going so far as the drop a fake podcast littered with pro-vaccine information. 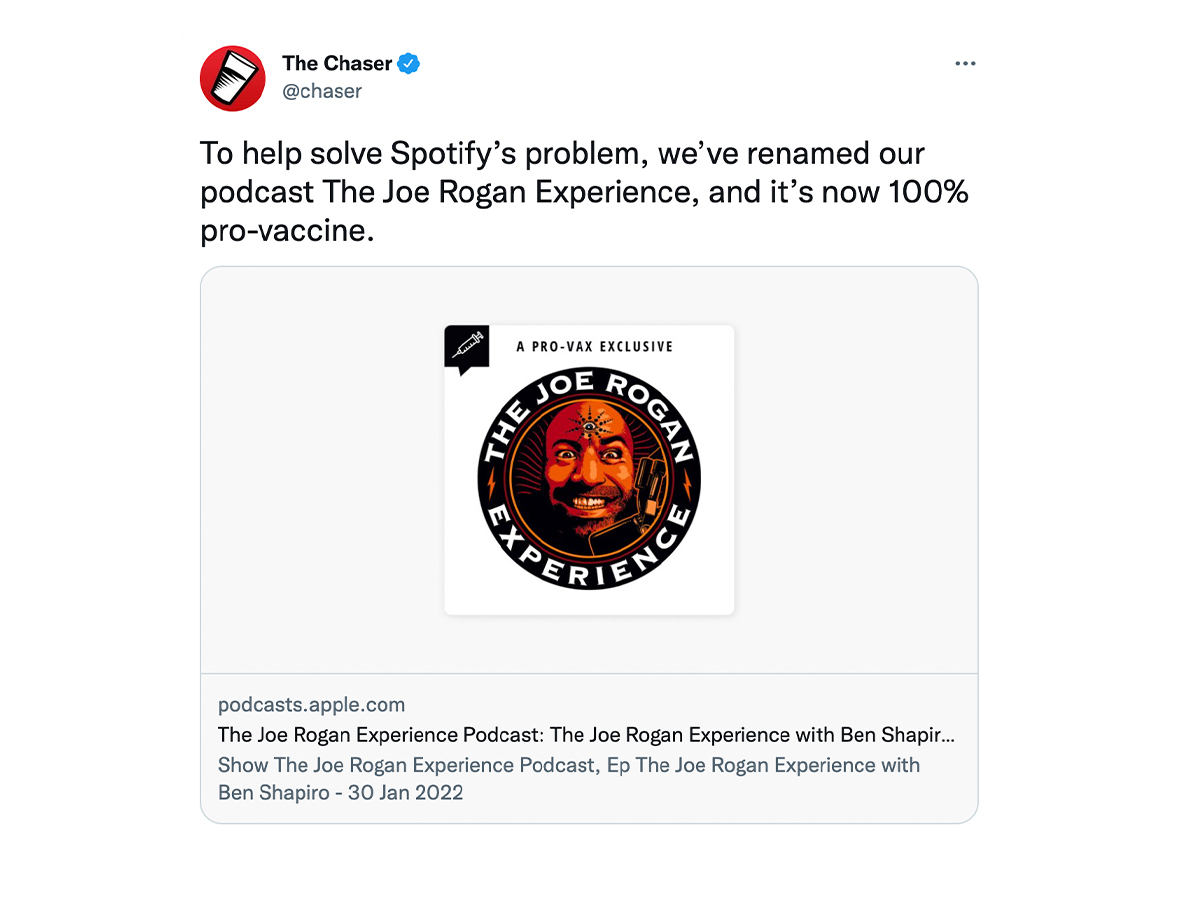 Featuring the same iconic image as the real Joe Rogan uses in his podcast, the fake Chaser release contrasted the broadcaster’s recent COVID misinformation. Rogan has come a cropper to unsubstantiated claims regarding vaccines, prompting many musicians and content creators to pull their content from the streaming service in protest.

“People like Neil Young have been pulling their music to get back at Spotify, which is very noble but probably isn’t going to convince many people to get jabbed,” The Chaser’s Charles Firth told The Shot. “We figured most of Rogan’s audience is so gullible it’d be easier if we just pretended to be Joe for a day and declare that vaccines are safe. Knowing how quickly his fans fall for most scams, we expect they’ll all be fully vaccinated within the next six to eight hours.” 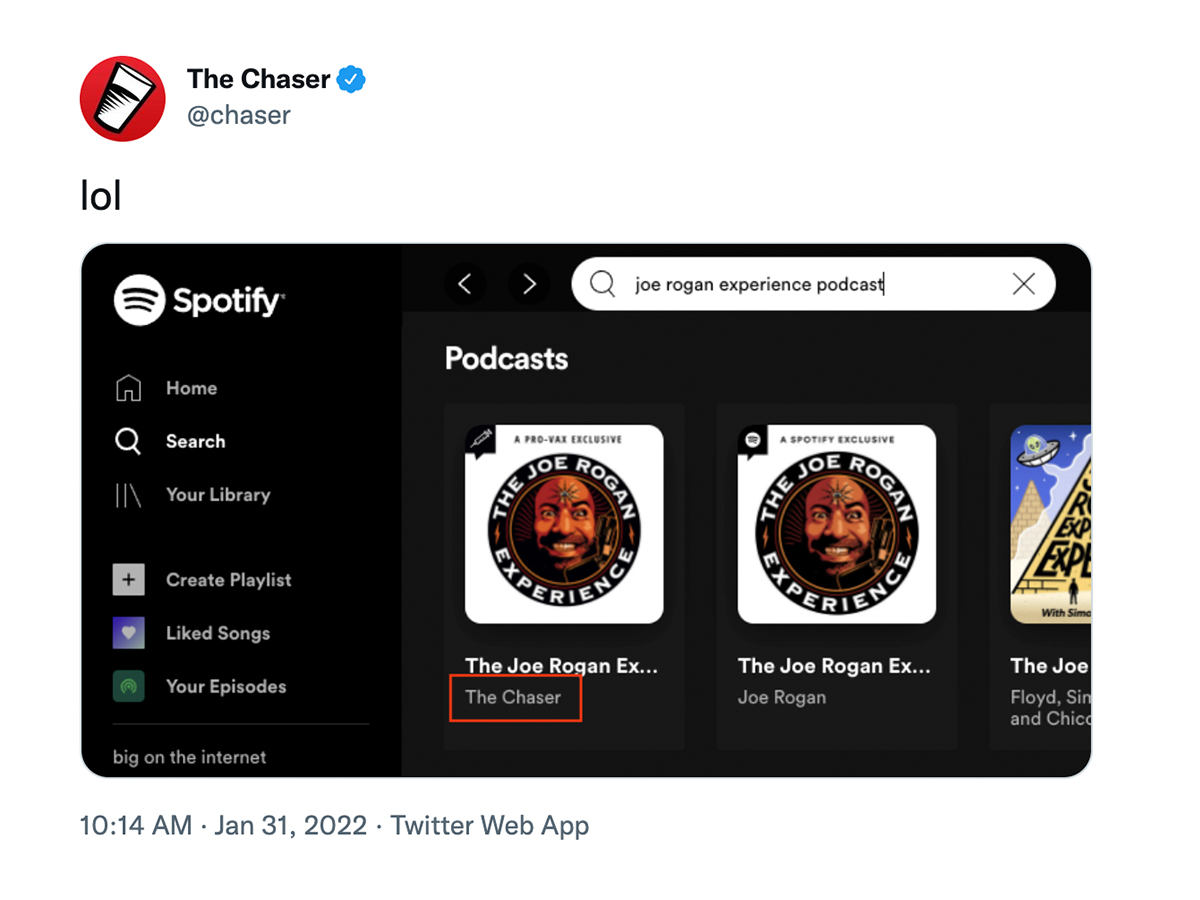 The Chaser didn’t hold back, either. The episode, which endorsed vaccines, saw the fake ‘Joe Rogan’ describe himself as a “shoot-from-the-hip moron in his 50s who’s balding and an idiot, I can do what I like”.

Perhaps even more impressively, The Chaser was able to nab the domain JoeRogan.com.au, which now redirects users to the federal government’s vaccine booking website. But as funny as the joke was, it has come at a cost. The Chaser has admitted the prank lost them around 60 per cent of their podcast subscribers. Hilarious.