We sat down with Nish de Gruiter to talk Suitsupply, that controversial campaign and opening the first Australian store.

Nish de Gruiter, the Sri Lankan-born designer by trade, was adopted by a Dutch family at an early age. It was his mother’s love of sewing and designing clothes that led him to pursue an education in fashion before he travelled to Italy to work under designer Brunello Cucinelli in Perugia. At the time, Nish was just 19 years old.

While working for Cucinelli in the US, Nish reunited with longtime industry friend and Suitsupply founder Fokke De Jong. The two then partnered to bring the Dutch brand stateside with the first flagship store opening in New York City’s Soho district. That was in 2011.

Early this year, Suitsupply caused quite a stir, unveiling its SS18 Campaign with imagery showing two men touching, embracing and kissing. Some praised the fashion brand for its modern marketing and balls to go there, while others criticised. Suitsupply lost 12,000 Instagram followers overnight. 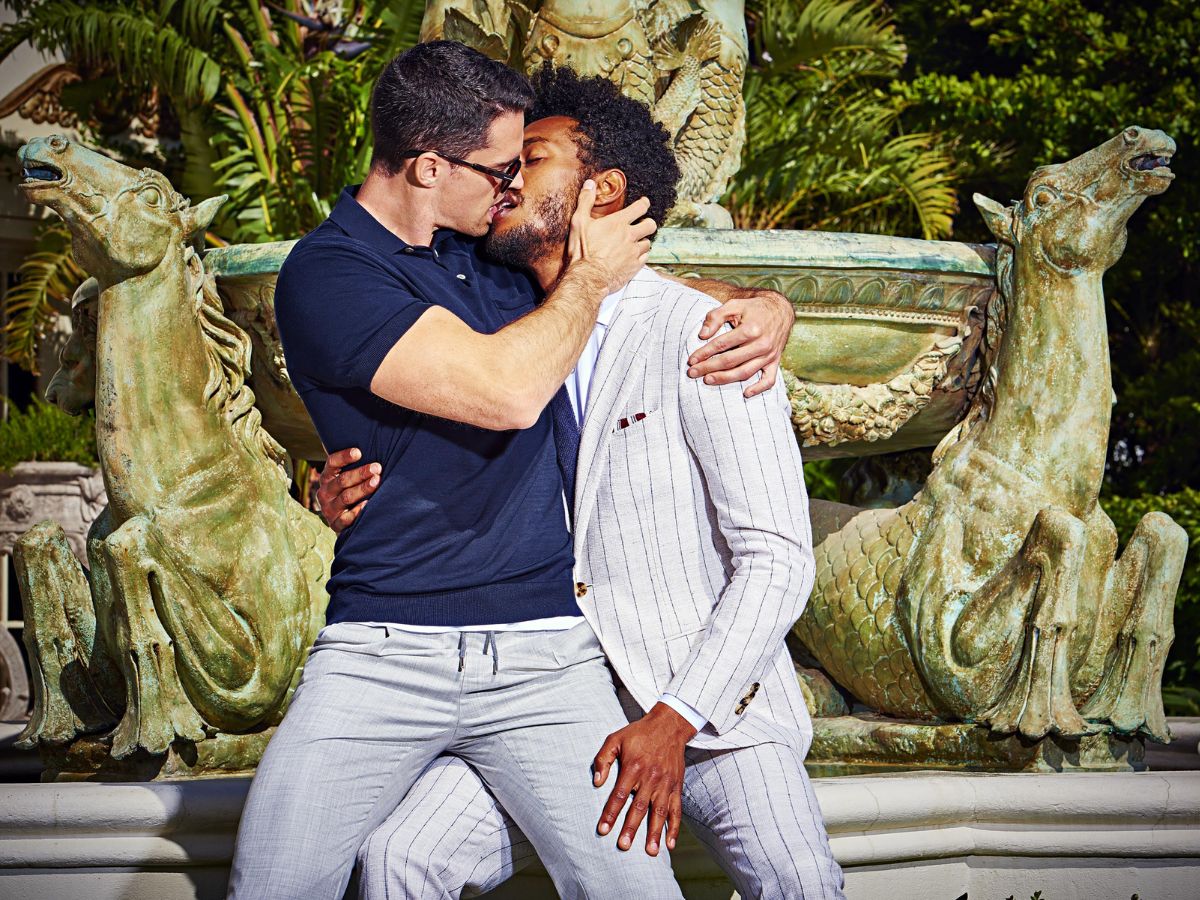 While the dust is still settling, Nish travelled to Australia to open Suitsupply’s first Aussie boutique and meet the brand’s most loyal customers. He also gave us the time to ask a few questions.

How did you get into the industry and end up at Suitsupply?

Oh man. I’ve been there. I attended the International Fashion Institute. After that, I interned at some high-end retailing companies. I met Fokke De Jong at the trade fairs, and he says, “You know, there’s a huge market in the United States, it’s getting up.” To think Fokke was originally a law student.

What’s the vision for Suitsupply?

To make sure everybody gets the perfect fit. That’s very important to all of our tailoring. We don’t take ourselves too seriously, in what is a very serious industry. When you walk into our stores, it puts a smile on your face. It’s high energy, not your traditional menswear store. It’s casual. In a way that attracts people. 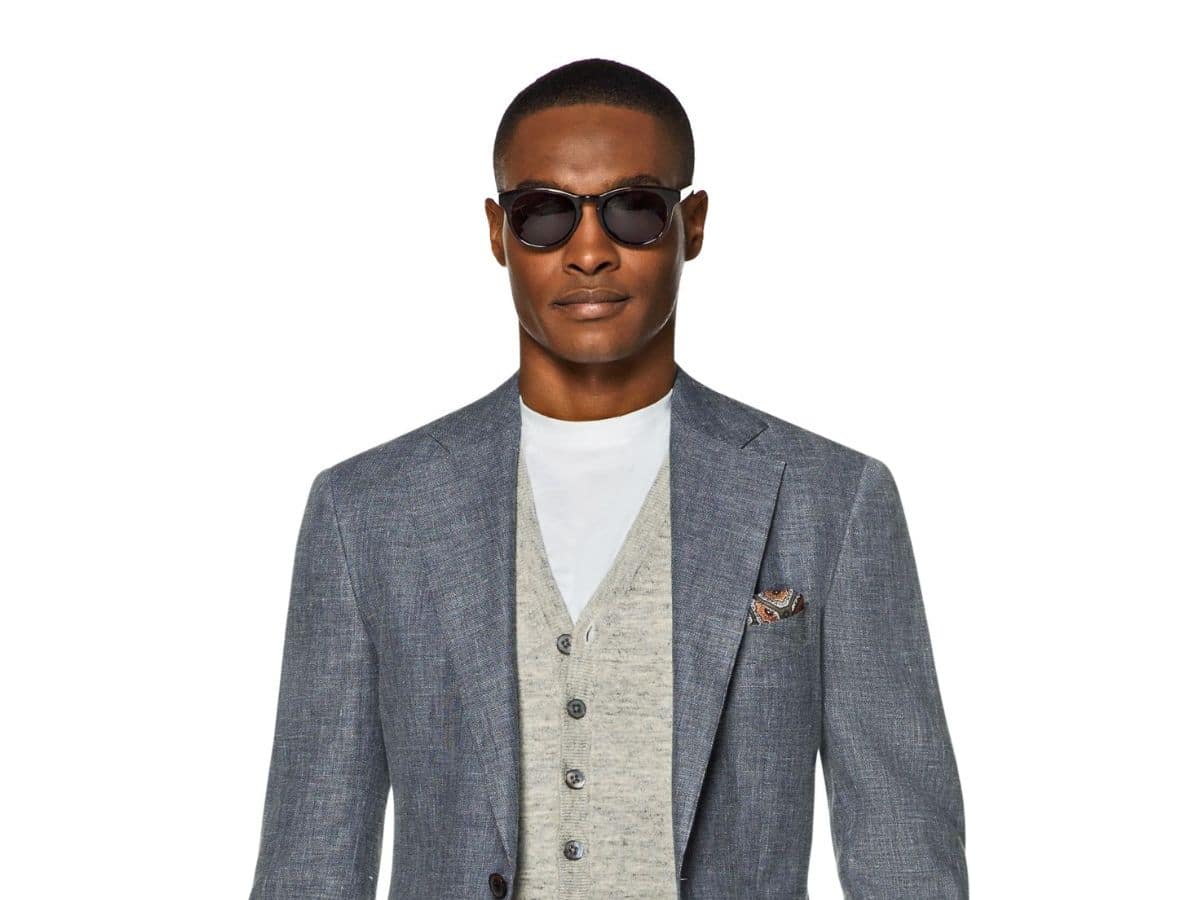 How is it possible to craft nice suits from high-end fabric and sell them for as low as $400?

In a traditional company, the suit goes to an agent. Then from the agent to a wholesaler, then a department store or another fancy retailer and in the end, it goes to the consumer. So four people take a cut of the profits.

Suitsupply produces, designs and manufactures everything in-house. We go straight from the factory to the store. We don’t spend large amounts of marketing dollars on glossy magazines. Cutting those costs keeps the product reasonably priced, and we’ve been doing this for a long time. A suit shouldn’t cost $2000. There’s no reason for it.

And your prices stay the same?

Always. There’s no end to a season, so no end of season sales. Our retail environment is very transparent. We get a great price on the fabrics we buy from Italy because we’re a large client. We put in the effort to make a consistently quality product. 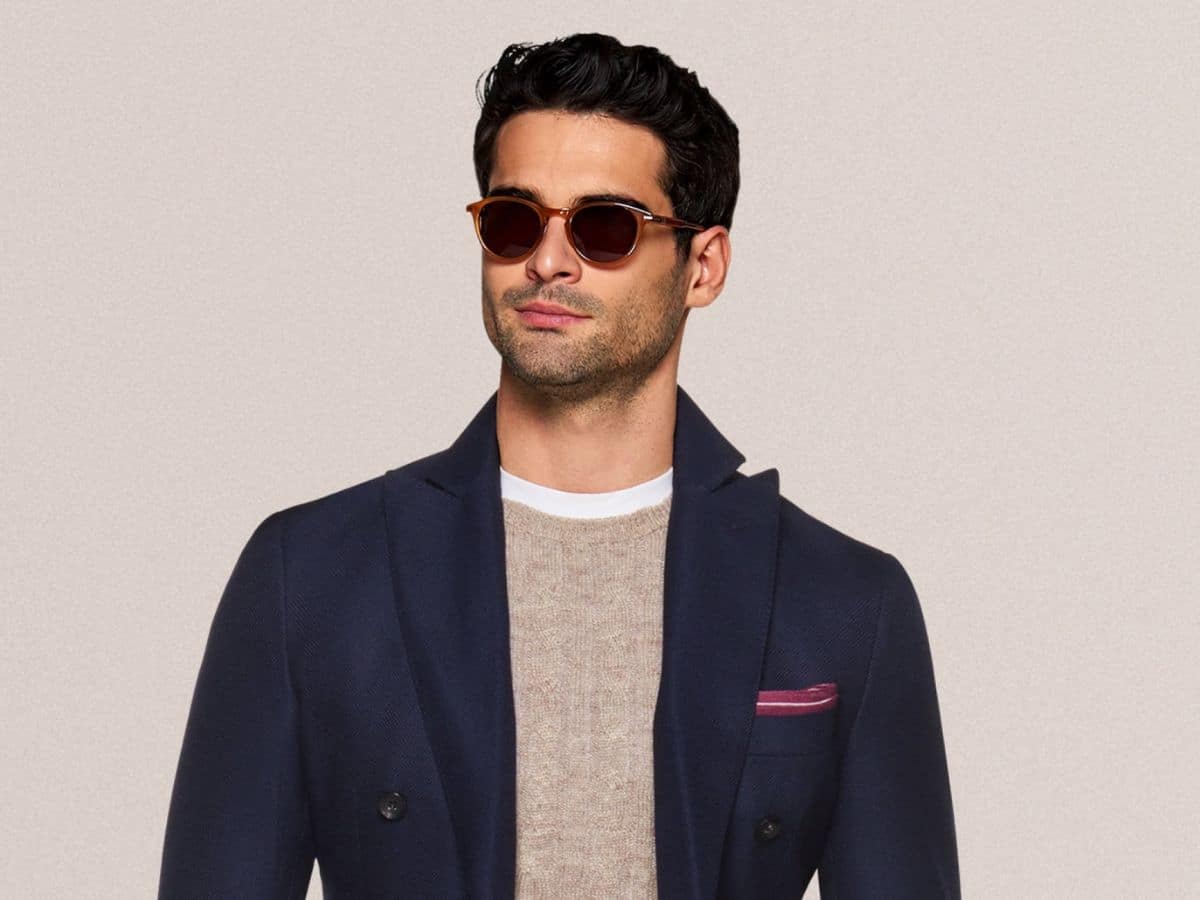 Your SS18 campaign made serious waves. Was that the goal or was there research that said using this sort of imagery in your marketing would be good for business?

We did not expect this reaction or the nature of it. We wanted to create an inconsistency in the Moscow and the Dubai markets. And worldwide. We are very respectful of everybody’s views. We’re not pushing any political agendas, and we don’t shove it in everybody’s face. We still stand by love as a general thing between people, if it’s men or women. In the end, we lost 12,000 Instagram followers but gained…

Absolutely. The bottom line is all about the attraction between two people. We’ve noticed in the last few years it started to be more inclusive, more a broad audience. It’s not that the brand becomes a different brand, it’s a topic for the season, and next, it’s going to be something else.

It’s been very positive overall, though? You’ve been in Sydney for a couple of days now, what’s the local vibe and what are the folks here wearing?

I was surprised actually. There are two things I noticed. Last night, we invited 20 of our top Australian clients to dinner. They have only been shopping online but are loyal shoppers. Like, I’m talking a lot of suits.

So we invited them for dinner, sat down in the theatre and had a chat. The diversity of the group was phenomenal. We had Hedge Fund lawyers, creatives, architects, all at one table. Hearing them talk about our brand shocked me. They knew so much and are spreading the word in Australia; Being loyal spokesmen within their industries. That’s how we saw the increase in business.

Everybody was dressed well. They had jackets on, and they wore nice suits. People are really taking care of themselves.

What’s the other thing you noticed?

This morning I walked from the hotel through the financial district and the entire street was packed with these guys in suits, mainly navy and grey but very basic. Then I looked in stores. The selection was very boring and dull.

Also, in the fashion suits, it’s only a small selection with poor sizes: 38, 40, 42. But what if you’re a 32, or a size 48, a big guy? Where’s the fashion suit for that guy? It’s strange because people are aware and they’re very educated in wearing nice stuff. It’s not the forgotten child or that people are behind the curve, absolutely not, by far.

Do you think because of that gap in the market, you’ll be able to grow the business in Australia?

Yes. With this, I’m happy we can offer. We had our official opening. About 1200 people came. It was a big show. Now, we’re talking Melbourne. Eventually, maybe Brisbane and Perth. If you could see the buzz that this store already has…

You can find Suitsupply’s Sydney boutique at the Pitt Street entrance of 5 Martin Place. 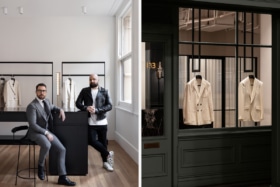