It’s official. We have trailer fever. There’s no doubt about it. In a world where Netflix and chill is the norm and enticing us to go out and catch a flick is getting harder, a trailer can lead a film to global success or miss its mark in the box office. As a result, we’ve seen an unprecedented effort put into the crafting of spine-tingling teasers and tantalising trailers. But the fact remains – not all trailers are made equal.

Here at Man of Many, we are huge fans on all things ‘film’. Whether it be a psychotic version of Siri taking over an affable nitwit’s life in ‘Jexi’ or having a flare-up of Thallassaphobia thanks to the horrors beneath in ‘Underwater’ –  if the trailers red-hot, we’ll have a gander and let you know about it. So without further ado, here is Man of Many’s list of Must-See Movie Trailers in August 2019.

Based on the inspiring yet also quite shit true story of a few women who decided to take on Fox News boss Roger Ailes and the toxic male culture he presided over at the network. Starring Margot Robbie, Charlize Theron, and Nicole Kidman – who are each an acting heavyweight in their own right – the trailer gives very little away, instead choosing to play with odd tones and mood. A clever choice considering that the women themselves would have experienced some incredibly ‘off’ moods in the Fox offices.

Starring Adam Devine, Jexi is what life would be like if Siri had real thoughts – and was kind of an asshole. From what we can gather, Devine’s character is a lonely, no-hoper – much like the main guy from the awesome ‘Her’ – who orders a new phone with a defective ‘Jexi’ AI. At first, she’s a breath of fresh air, liberating the main character from his hum-drum existence – until she becomes obsessed with him of course.

If you have even a mild case of Thallassaphobia, this trailer is not for you. Underwater starring Kristen Stewart, TJ Miller and Vincent Cassel, tells the story of humanity succeeding in getting to the bottom of the ocean. And of course shit goes awry and water gets into all of the wrong places -however, there’s something more sinister that lies beneath. And we’re not talking about evil ocean-floor dwelling whales here.

Based on a true story, and starring the superb Adam Driver, The Report is set directly after 9/11. It was during this aftermath that CIA agents began using extreme interrogation tactics on those they thought were behind it. Boasting a strong supporting cast, including Michael C. Hall (Dexter) and Jon Hamm (Mad Men), The Report looks to be hard-hitting and revealing in an important way – much like the 2015 film Spotlight.

A pulp fiction of weird characters in movieland, Zeroville looks like it could be a hit and a miss. From the awkward pacing and unclear angles, we are treated to a Once Upon A Time In Hollywood knock off that, whilst sporting a decent cast including James Franco, Seth Rogen, Jackie Weaver and Megan Fox (She’s back now?!?), will most likely disappoint.

First of all, thank you Scott Cooper and Guillermo Del Toro for putting together a film aimed at adults with an original premise – a rare find these days to see a potential gem that isn’t a reboot or existing franchise.

Antlers is the creepy tale of a small-town Oregon teacher and her brother, the local sheriff, who becomes entwined with a young student harbouring a dangerous secret – we’re not quite sure what that secret is but throughout the trailer this kid reads out a twisted version of Goldilocks and the three bears and towards the end we get a view of the creatures in question. Keep your eyes peeled for this one, folks.

Hailed as an urgent story of class, Parasite is almost two movies in a way. Starting off innocently enough by following a young boy who fakes his way into a rich family’s house and life, Parasite quickly turns into beautiful, dark and twisted – honestly, we can’t say much without giving it away. This movie is out now and it’s seriously good, so be sure to go see it.

Honey Boy throws off some ‘Captain Fantastic’ vibes and if you haven’t seen that one starring Viggo Mortenson, that’s a very, very good thing. Written by and featuring Shia La Beauf, Honey Boy is a child actor working to mend the relationship with his hard-drinking, law-breaking father, whilst (from what we can gather, the trailer is rather abstract) kick-starting his acting career.

Directed by the master of mob films, Martin Scorsese, The Irishman (played by Robert De Niro) is about a mob hitman and his possible involvement with the slaying of Jimmy Hoff – although, knowing Scorsese, we’re sure there’s a lot more to the story. Also starring Joe Pesci, Al Pacino and Anna Paquin, there’s no lack of talent to be found here and we’re quite certain fans of gangster violence will have a field day when The Irishman releases in September.

Twelve strangers wake up in a clearing. They don’t know where they are, or how they got there. They don’t know they’ve been chosen – for a very specific purpose – ‘The Hunt’. All we can say to that is ‘fuck yes’. Fans of The Purge will undoubtedly turn out in droves for this movie, to see a group of kidnapped regular folk attempt to survive their hunters – rich, upper-middle-class white people with nothing better to do.

Featuring machetes, pistols, bows-and-arrows and landmines, there’s no shortage of creativity in The Hunt’s architecture of death. 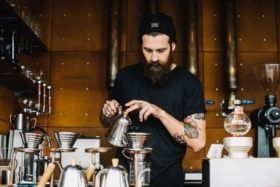 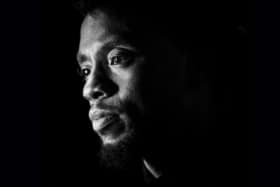 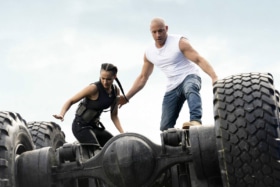