Located on the banks of the Murray River in southern NSW, Corowa is a town best know for being a tourist trap for wine lovers. However, one of the most interesting stories to come out of the region in recent years, at least to our whisky-loving readers, is the tale of the historical real estate sold for a ridiculously low price and what the new owners did with that property.

Related: These are our favourite Australian whiskey brands, where will Corowa land? 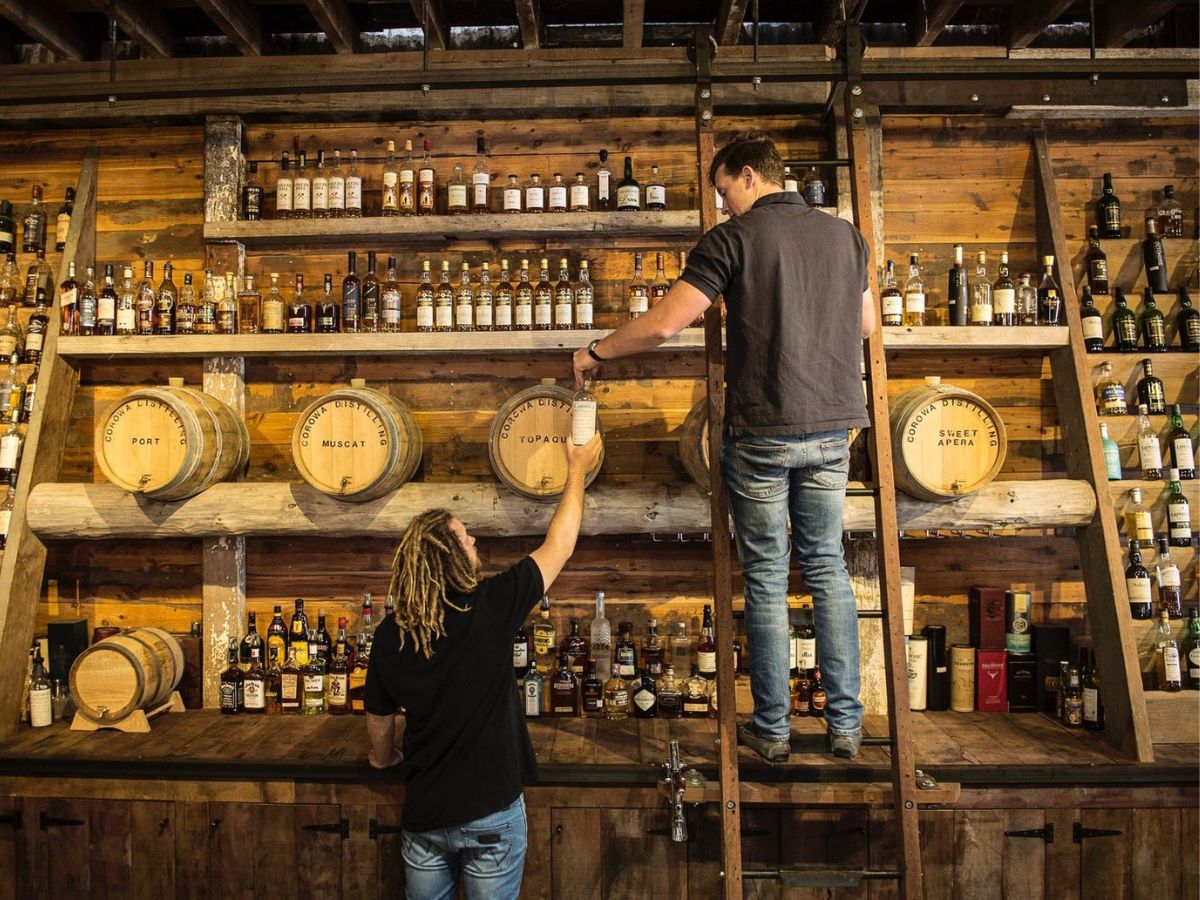 It was 2009 when Neil and Dean Druce purchased the derelict Corowa Flour Mill for the low, low sum of $1.

We weren’t kidding with the price, and it sure sounds like a steal (which it was) until you consider that a decade earlier the NSW Government heritage listed the site. With a population of just 5,500 people at the time, there was little reason for anyone to swoop in and develop the land.

In the true entrepreneurial spirit, the Druces set out to restore the Flour Mill to its former glory and transform the site into Corowa’s first whisky distillery.

First opened in the 1920s, the Corowa Flour Mill played a significant role in the local economy, exporting flour across the world. Eventually, the Murray River gave way, and the mill was forced to close, being left to expire by 1970. Over the next forty years, the mill changed ownership several times but remained unused until the Druces handed over a shiny gold dollar and took ownership. 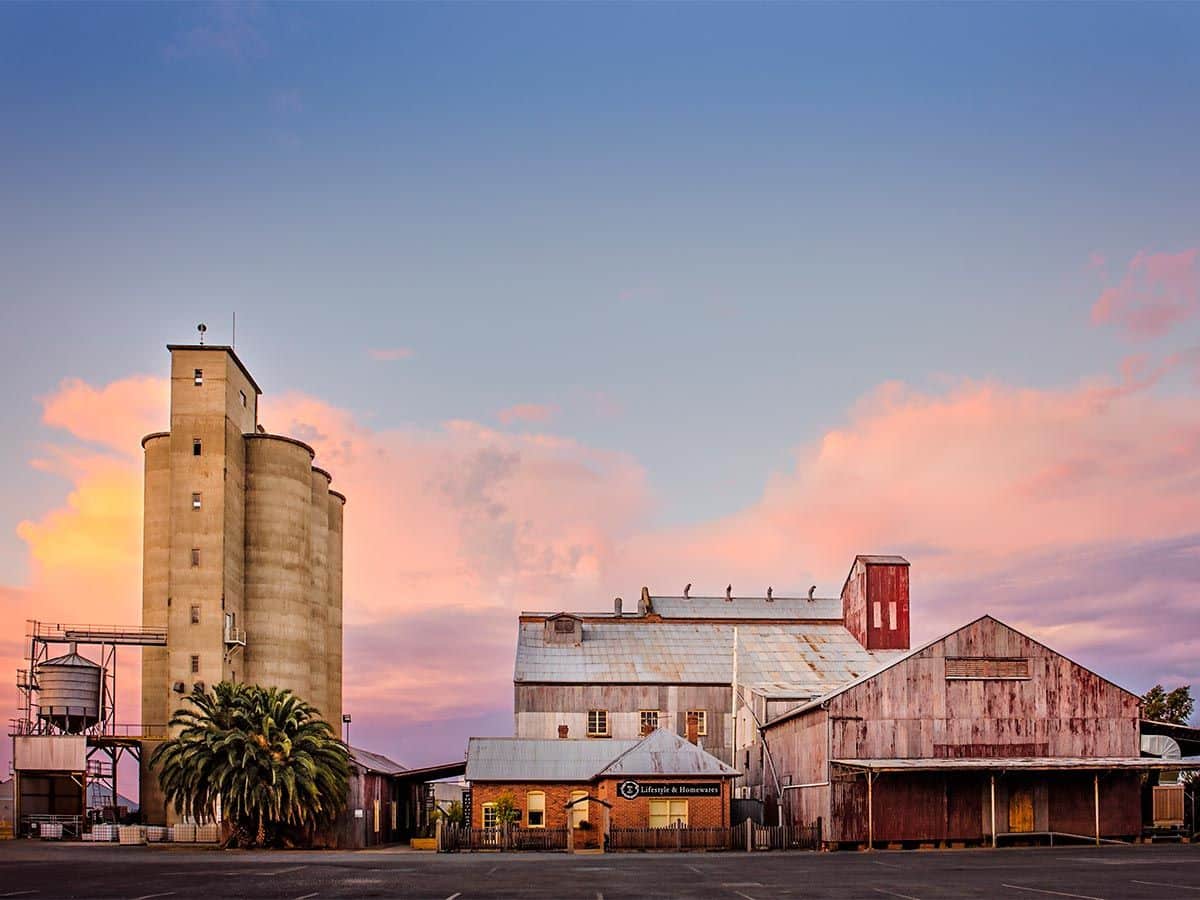 “The distillery space was set up in what used to be silo storage.” | Image: Corowa Distilling Co.

How Did the Whisky Story Begin?

The Druces were serious about their whisky and future business, so they travelled between Tasmania and Scotland to learn the tools of the trade. In Tasmania they worked will Bill Lark of Lark distillery who just so happens to be the ‘Godfather’ of Australian whisky. In Scotland, Dean worked with Kilchoman, a new distillery at the time, to get an idea of how one goes about starting a distillery from scratch.

In May 2015, after heavy restoration work to the mill, the father and son team was finally ready to begin producing whisky under the moniker Corowa Distilling Co. The distillery space was set up in what used to be silo storage.

Corowa Distilling Co was fixated on having their copper stills hand-made in Australia, in the hope of producing a whisky that was truly Australian. Eventually finding a craftsman in Griffith around 250km to the north, they had two custom copper stills crafted and then placed in front of an original hand-crafted 1920s 18-metre-tall brick wall. 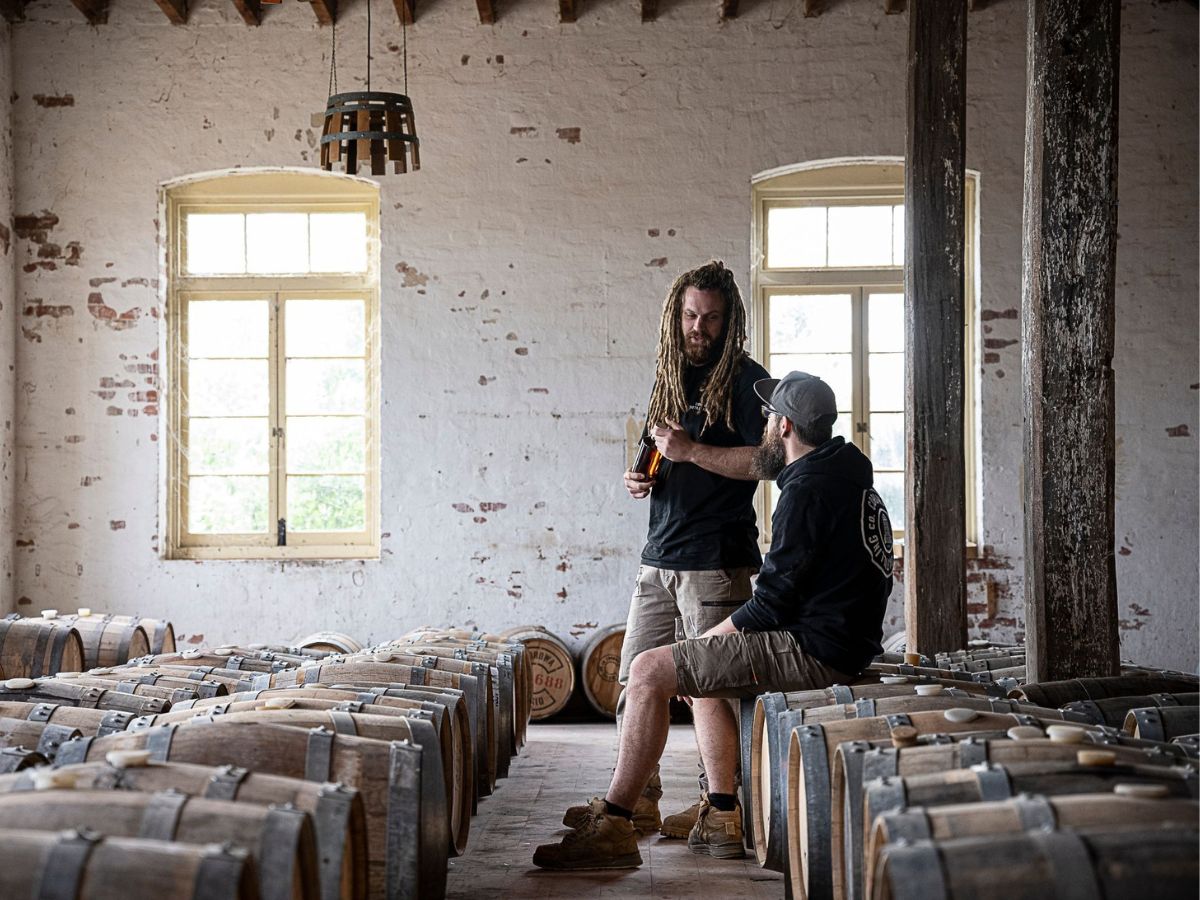 The Success of Corowa Distilling Co.

Once they had the materials, Neil and Dean recruited a head distiller, Beau who’s more commonly known as the “Dreaded Distiller” for his iconic hairstyle.

In March 2016, Corowa Distilling Co was finally ready to lay down its first barrel of whisky. Following the first batch, they experimented by producing a lot of whisky without having any real idea of how it would turn out.

In August 2018, after two and a half years, Corowa Distilling Co. released 320 bottles of its first batch appropriately named the “First Drop.” The product sold out in less than 24 hours, so they immediately rolled out a second batch.

In the 7-to-8 months since the First Drop, Corowa Distilling Co. (at the time of writing this article originally) the distillery was already up to its 7th release, and the response was greater than they could have ever imagined.

At the time of publishing this story in 2019, Corowa Distilling Co. wasn’t interested in mass-producing whisky, preferring to remain a boutique brand. However, with the growth the distillery has seen in recent years, they’re expanding their whisky-making with more than 1000 barrels on site. How fast are they growing? Try 30 per cent year-on-year, with 50 people now employed to manage operations.

The on-site tasting room is where the party’s at but if you can’t find your way to Corowa, several of the whiskies are available for purchase online. We highly recommend trying out the virtual tasting, however, the Barrel House XB is our personal favourite and makes use of the finest ex-bourbon barrels from the states. The palate featuring zesty lemon, mint, creamy marzipan and almond is to die for.

Other favourites include the single cask “Mad Dog” Morgan, named after the bushranger who roamed the Corowa region and bottles of Bosque Verde, a port cask whisky and Corowa’s second release. 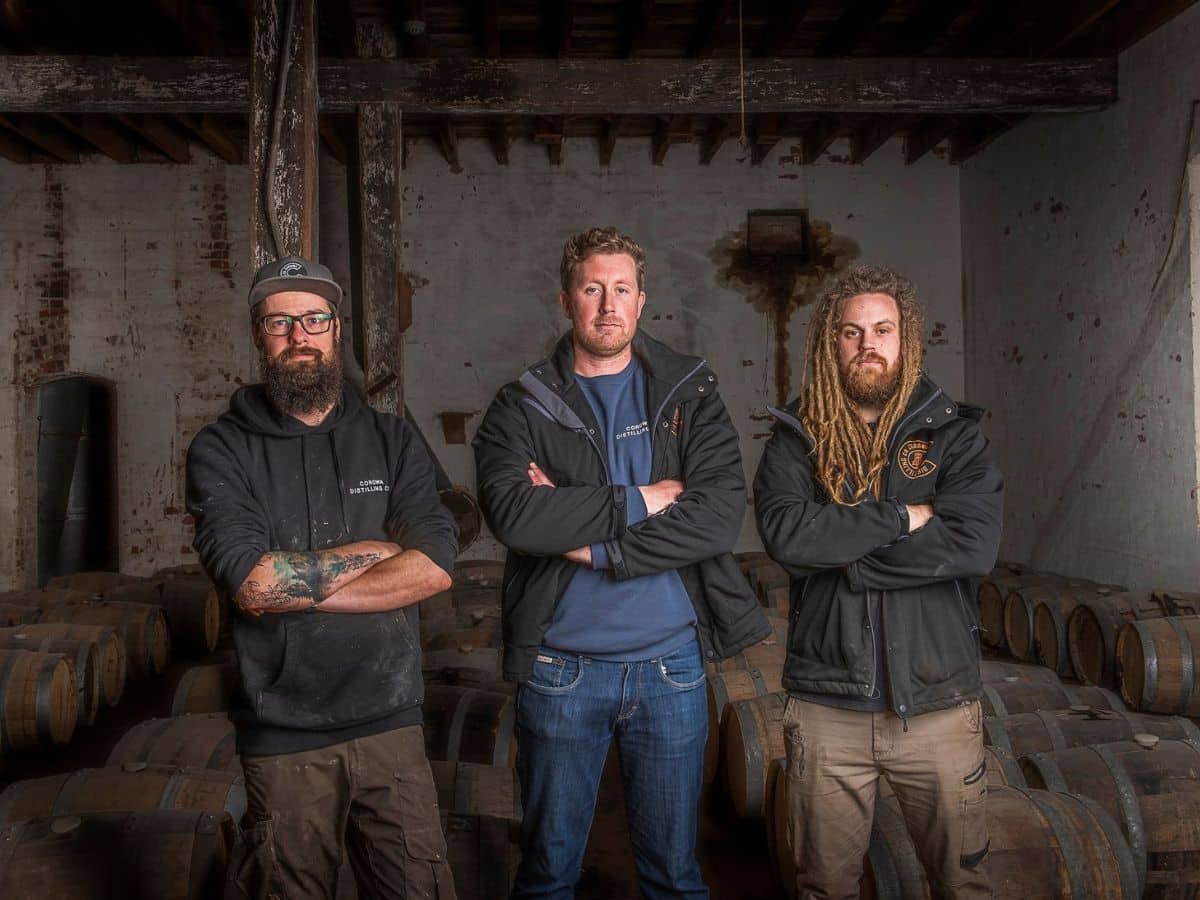 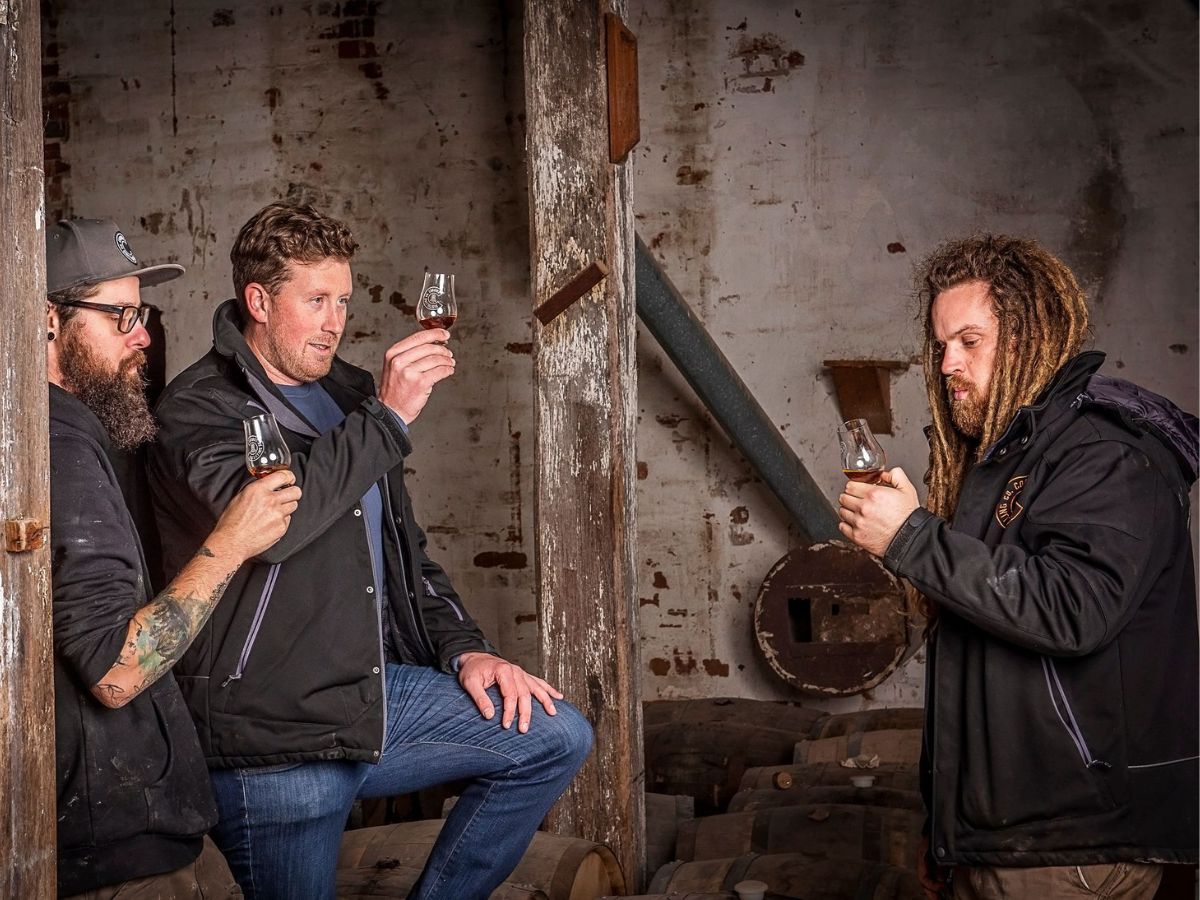