In the same sense that Scotch is a form of whisky, cognac is a form of brandy. Hence, there is technically no difference between brandy and cognac as much as there is a difference between Cognac and other types of brandy spirits (like Armagnac, for instance). Specifically, all cognac comes from the Cognac region of Southwest France, home to six distinct terroirs and the white grapes therein. If you’re still scratching your head and asking yourself questions like “what’s a terroir” or “what is brandy anyway?” or “is cognac like whisky?”, allow us to elucidate with our guide to all things brandy and cognac. 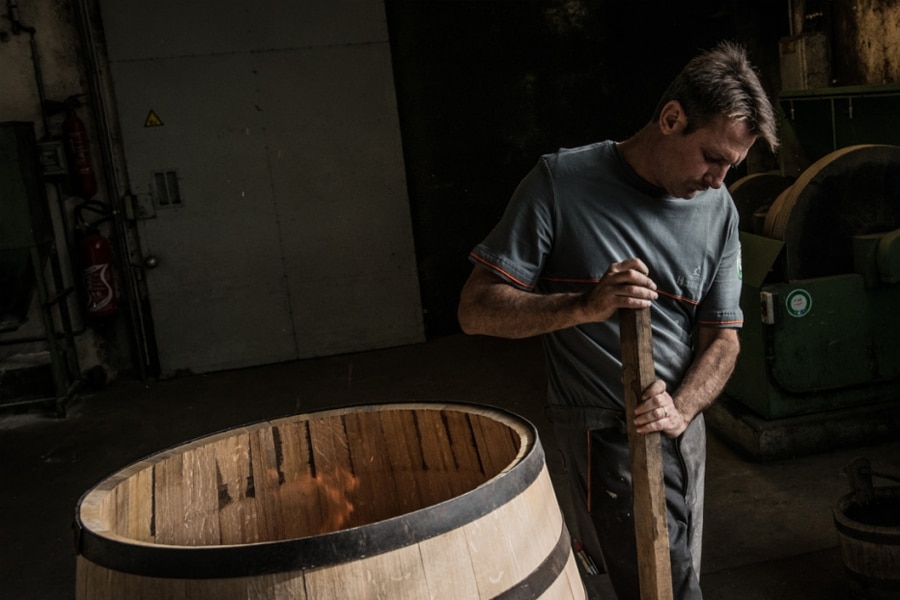 What are Brandy and Cognac Made From?

Let’s start big and work our way down. On that note, brandy is a general category pertaining to any distilled spirit made from fermented fruit juice. The most common fruits used are grapes, but you can also find apple brandy, pear brandy, cherry brandy, fruit brandy (which mixes various fruits together), and other variations. Brandy is made around the world and therefore untethered to any specific region.

Cognac liquor, on the other hand, is a specific type of brandy that’s made according to strict regulations. For starters, it must be produced using white grapes from one of six different terroirs in the Cognac region of Southwest France. Just a reminder: “terroir” is a fancy word for the natural environment (including climate, soil, and topography) in which wine is produced. Yes, that means cognac liquor is a form of distilled wine. The distillation season runs from October 1 to March 31, and all cognac must be distilled twice in a copper pot still. 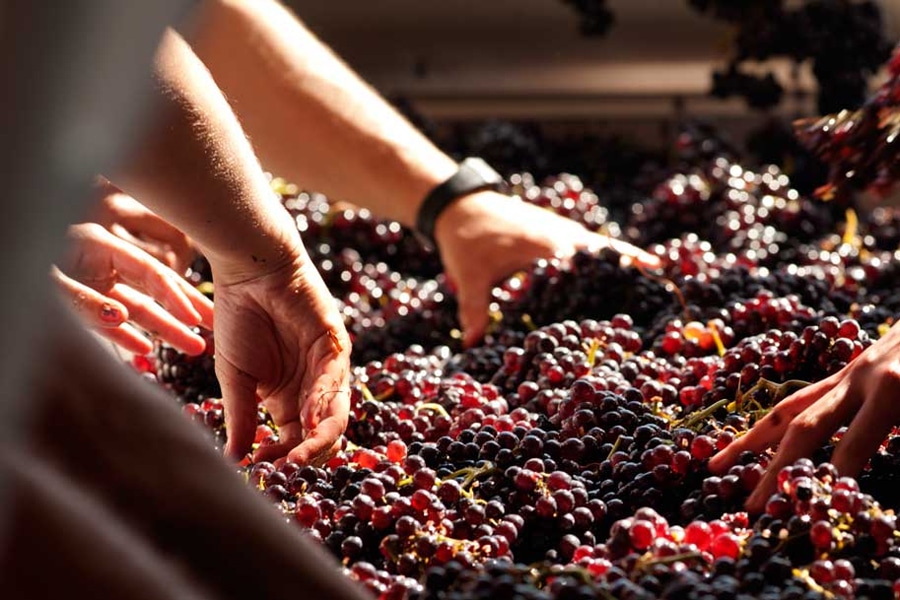 How are Brandy and Cognac Made?

Because brandy is an overarching category, it isn’t bound by a strict production process. That said, all forms of brandy start with the fermentation of grape juice or other fruit juices (this juice is also known as a “must”), followed by distillation.

Fine brandies will use quality wine grapes as a source, get produced in small batches, undergo double distillation inside pot stills, and age in oak casks for two years and up before bottling. Most bottles of fine brandy will contain a blend of various vintages.

By contrast, the majority of mass-produced brandies will use table grapes or generic fruits as a source and undergo fractional distillation in column stills. Most of these brandies will be aged in oak casks and blended before bottling, though clear and unaged statements do exist. For cognac, the production process is far more rigid and consistent, though quality can still vary. First comes the fermentation of white grapes from the Cognac region. Ugni Blanc grapes (better known by the Italian name of Trebbiano) are the most ubiquitous and therefore the most commonly used as a base ingredient. After fermentation, the wine is double distilled between October 1 and March 31.

Next, the young spirit—also known as eau de vie— undergoes a unique aging process for a minimum of two years. During this aging process, the eau de vie starts in a new French oak barrel before getting redistributed to older barrels so as not to suck up too much wood. The darkened spirit is then typically blended (or “married”) with other vintages by a master blender or team of master blenders. The married liquor usually undergoes additional maturation before bottling, while the age statement on the bottle reflects the youngest vintage in the blend. 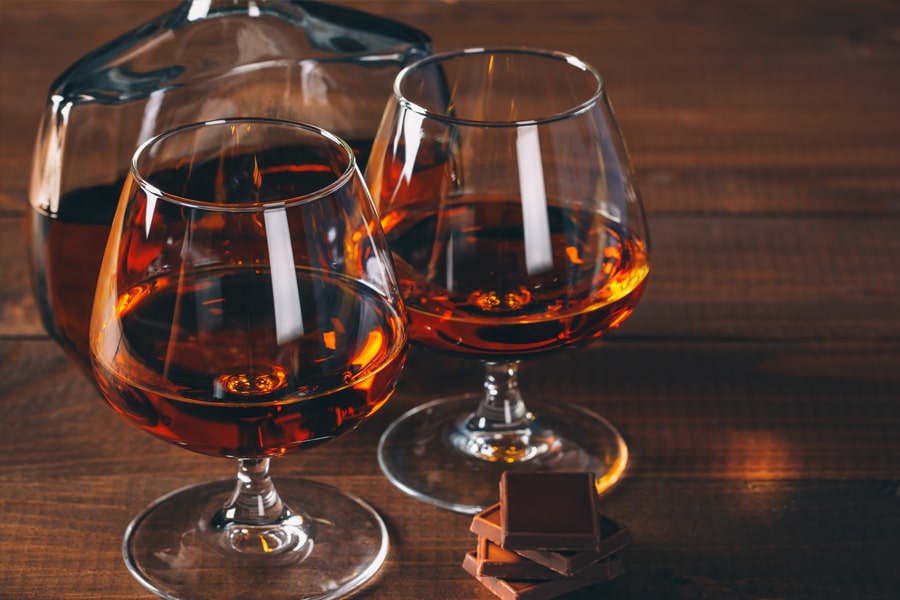 There’s predictably a slew of brandy types from around the world, most of which straddle the full spectrum of price and quality. However, some types are more popular than others. A number of these types break down according to their age, with designations such as VS, VSOP, and XO. We’ll dive deeper into these designations when we tackle the types of cognac. Leaving cognac out of the equation for now, here are some widely known types of brandies:

Armagnac – Like cognac, Armagnac is made according to specific standards, and named for the region of France in which its produced. While similar in profile to its spotlight-stealing cousin, this spirit undergoes a different distilling process and tends to yield more robust flavours as a result.

American Brandy – You probably recognise names like E&J and Christian Brothers, which deliver decent quality at an affordable price. Are they as good as their French counterparts? Not usually, but they’re cheaper.

Calvados – This French brandy is produced from apples, and aged in oak barrels for a minimum of two years. Expect delicious notes of caramel and oak. 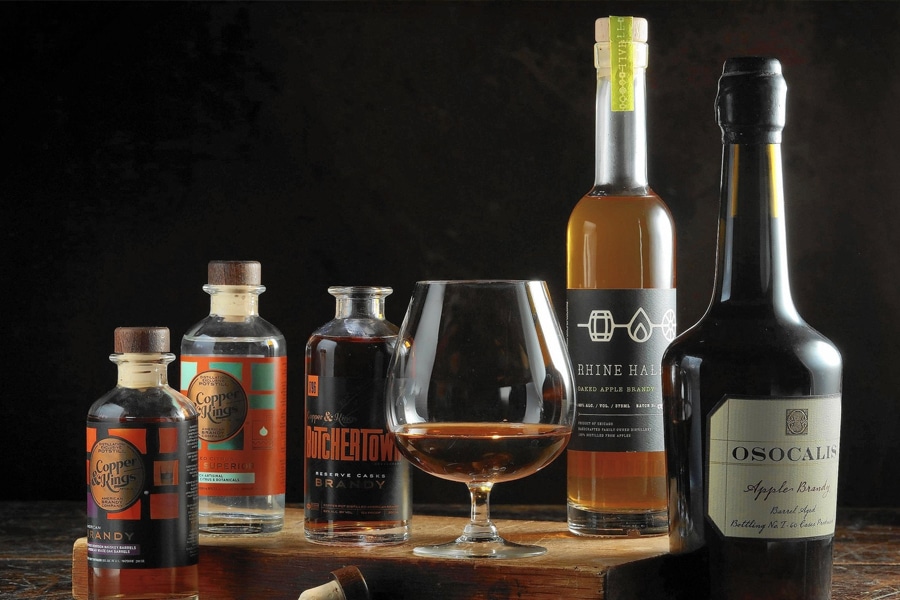 Applejack – In America, Laird’s Applejack dominates in the apple brandy arena. The signature spirit is made in a manner similar to that of Calvados, though it does tend to be a little rougher around the edges.

Pisco – This wildly popular South American spirit hails from either Chile or Peru, where it’s most often made using a variety of grapes. Peruvian pisco is aged in specific vessels of glass, stainless steel, or any other material that won’t alter the liquid’s chemical properties. It’s also bottled at distillation strength, resulting in a bold, vodka-like alcohol with grape undertones. Chilean pisco, meanwhile, is aged in wood barrels and diluted before bottling. It thus takes on more colour and character, with the longer-aged variants bearing a resemblance to premium French or American brandies.

Grappa – This fragrant Italian spirit is a pomace brandy, meaning it uses the whole grape (stem, skin, seeds, etc) during production. When low in quality, grappa earns the nickname of “firewater.” The better stuff, meanwhile, tastes like a lightly sweeter version of cognac. 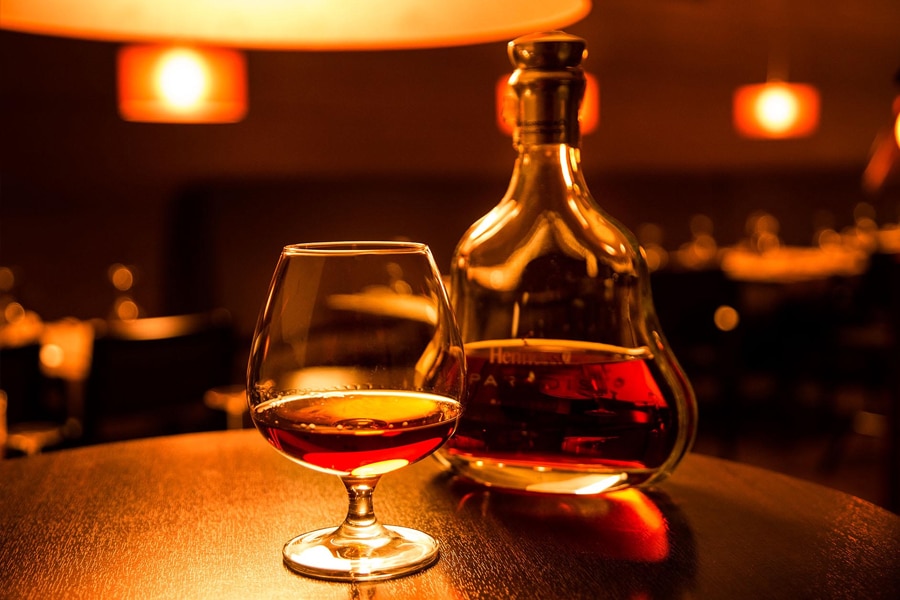 Should you want to explore the world of cognac, you can start by checking out the most well-known brands: Hennessy, Courvoisier, and Rémy Martin. Meanwhile, all cognac gets labelled according to its age. As such, there are three general designations:

Are brandy and cognac the same thing?

Cognac is a type of brandy that comes from the Cognac region of Southwest France.

What is cognac made of?

Cognac is a specific type of brandy made of white grapes from one of the six different terroirs in the Cognac region of Southwest France.