Pizza toppings run the whole gamut of ideas, from traditional pepperoni to anchovies. Some people believe in experimenting with their toppings, while others view adding anything new as the vilest of cardinal sins. For some, even the mention of pineapple of pizza dredges up the hate—you know who you are, Gordon Ramsay.

New Zealand seems to be an adventurous group when it comes to their culinary decisions, and their recent addition of a Pineapple and Canned Spaghetti Pizza to the Domino’s menu is proof of that.

Nope, not a joke. The company’s Facebook page proudly announces the new flavour: “This is no joke! We’ve officially added Hawaiian SPAGHETTI pizza to our menu for a limited time only, with help from our friends at Wattie’s NZ.”

This is no joke! We've officially added Hawaiian SPAGHETTI pizza to our menu for a limited time only, with help from our friends at Wattie’s NZ! (no April Fools this time ?)Try it today from $7.99* pick up ??

It’s not the first time the land of the long white cloud has courted controversy over how it makes pizza, with then-Prime Minister Bill English posting culinary abomination to his Facebook page back in 2017. While some sympathised with the father of six, many more panned his gastronomical adventure. 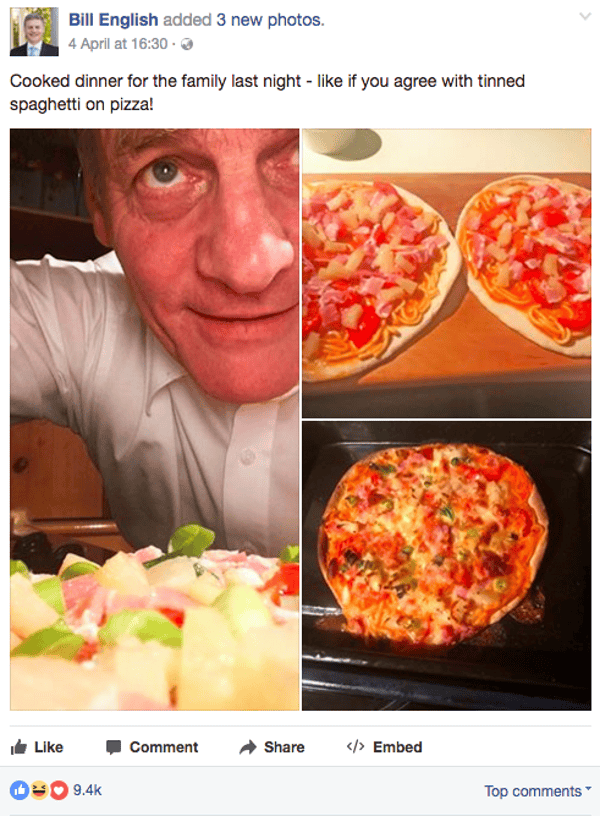 Reactions to the news from Domino’s are pretty mixed. One poster noted his approval that Domino’s has finally “listened to the people.” Another suggested a different flavour: “Spaghetti on a pizza is actually really nice. Should do one with beef mince and cheese. Spaghetti Bolognese pizza.” Of course, there are others that disagree. On such critic decried, “This bad and you should feel bad.” (Nice grammar, by the way.)

This isn’t the first time the combination has made an appearance. In 1999, the flavour was voted the most favourited in Australia with 15 per cent of sales.

If you don’t agree with the flavour, just hold on, it’s only available for a limited time, and then you can go back to your boring, traditional toppings.