The best Japanese restaurant in Sydney has far more than just curry and sashimi. And although you’ll find plenty of raw fish on the menus around the CBD, don’t be afraid to explore the other Japanese fine dining options because you won’t be disappointed, after all, the essence of Japanese cuisine is extracting massive flavour from spare, healthy ingredients.

The result is Japanese dishes that taste fantastic and won’t send you into a food coma just after eating it (though whether or not you overdo it on the sake or beer it’s up to you). So how can one distinguish the fine dining options from the standard fare? We just let the flavours do the talking. Here is a list of the best Japanese restaurant in Sydney. 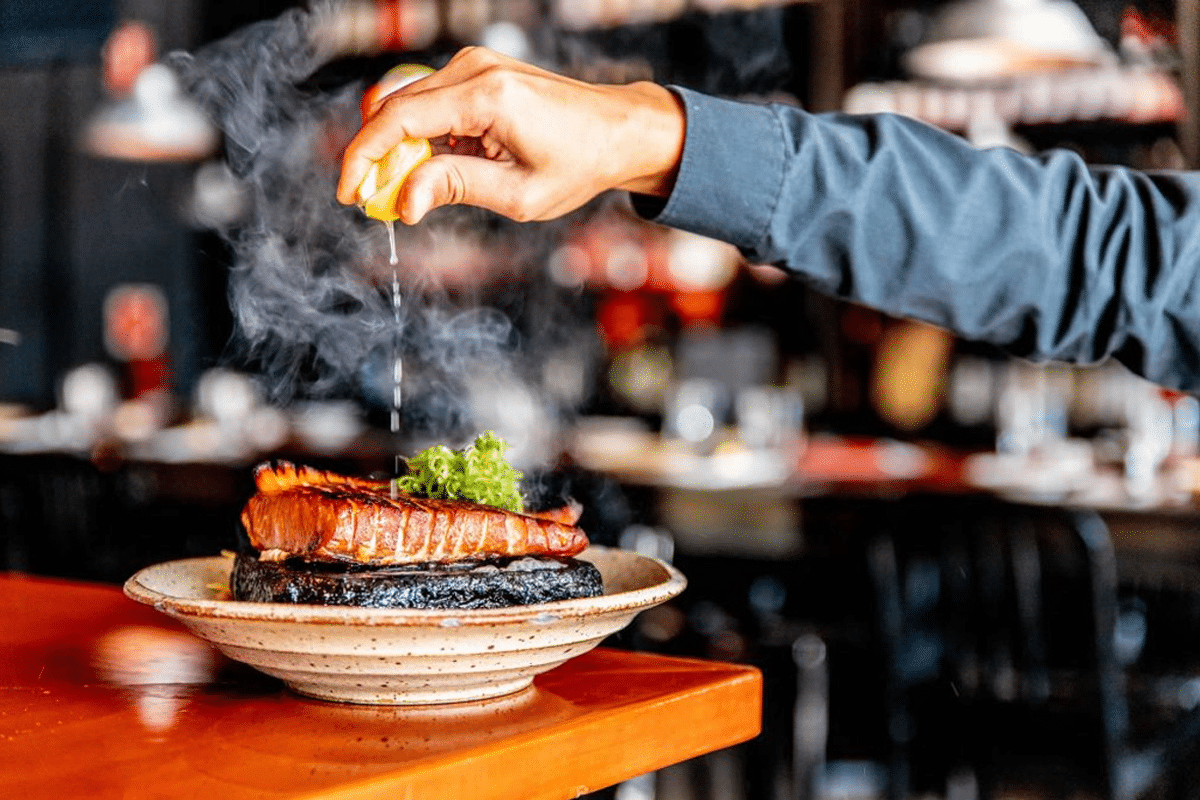 Izakaya loosely translates to “drinking food” and Izakaya Fujiyama duly abides. More to the point, this Surry Hills hotspot delivers an array of delectable, classic dishes, along with an epic selection of Japanese whiskies and sakes. The prices are tough to beat and the flavours are exceptional, making this one of the best Japanese restaurants in Sydney. Go with the mouthwatering sushi hand rolls or try something fresh out of the frier. Either way, you’ll leave satisfied. This Japanese restaurant in Sydney might be the ‘new kid on the block,’ but Kaiza Izakaya’s head chef Jason Nguyễn takes a traditional approach to Japanese cuisine that encompasses precision, quality and a rich, umami flavour profile. Enough to knock your socks off, the menu aims to transport guests to the bustling streets of Tokyo through a journey of hot flames, ice-cold drinks and warm service. Our personal favourites include the Coffin Bay oysters with Spicy noun Cham and ponzu granita; Crispy eggplant with black miso, rice puff chive and furikake, and the ultimate Wagyu Nigiri with crispy rice, kizami wasabi and cured egg yolk. 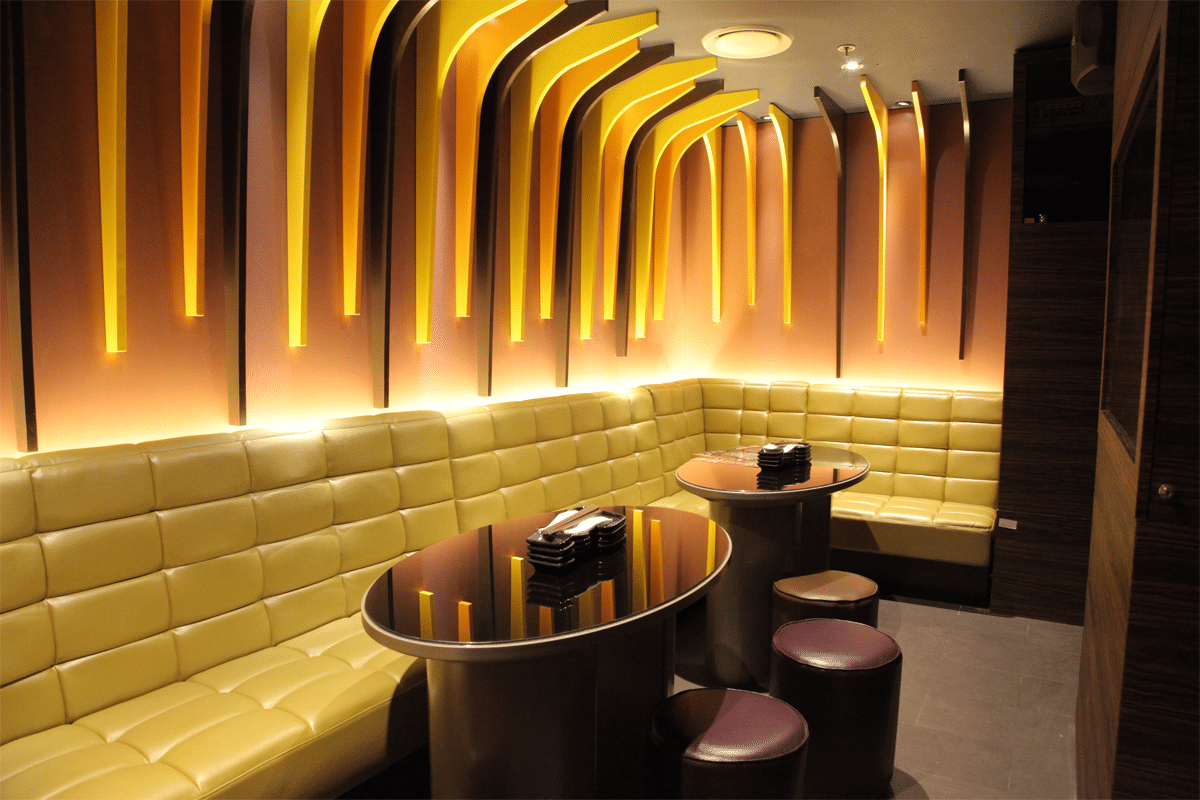 What better way to get your karaoke on than inside these eccentric, modern digs? At Lantern by Wagaya, the atmosphere is as fun as it is eye-catching, with touchscreen menus that look straight out of Japan in both design and content. Slurp down a Pork Miso Hot Pot, then chase it with cold sake and your latest rendition of “Like a Virgin”. 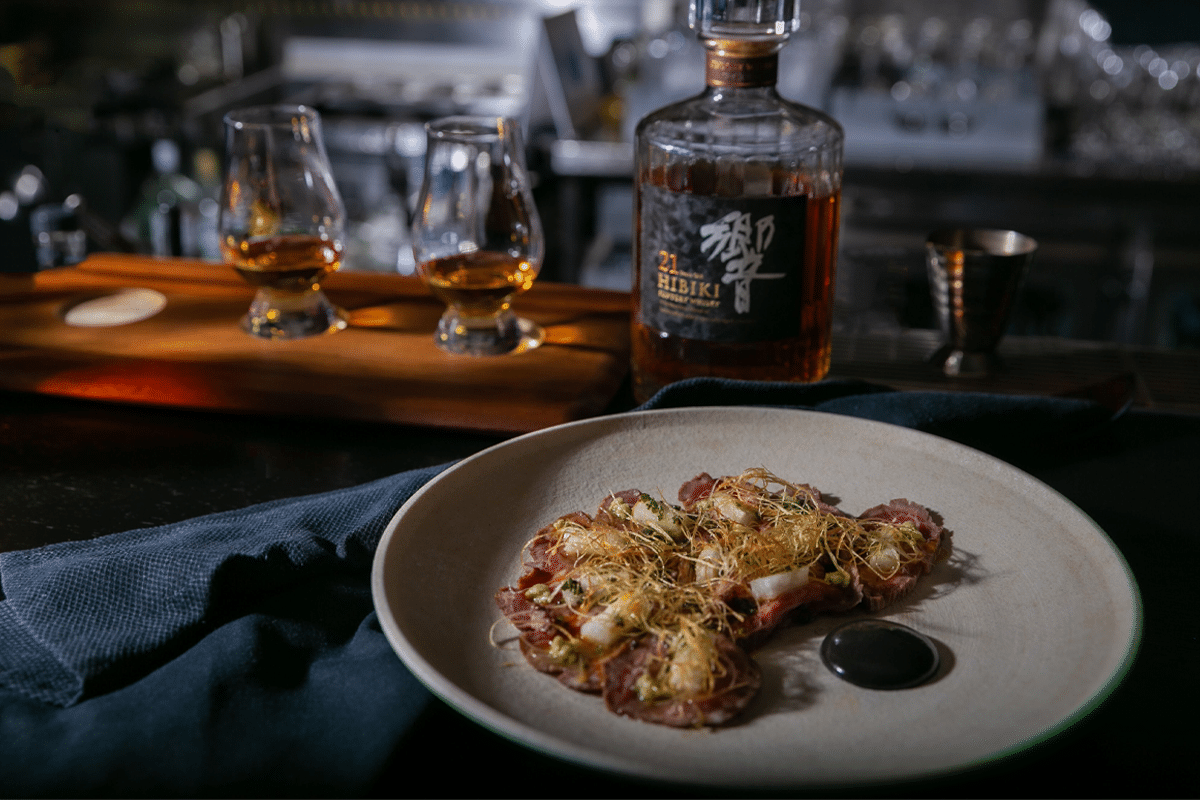 Hidden behind an inconspicuous entryway in Star Casino is one of the best Japanese restaurants in Sydney. An oasis of epicurean delight, Sokyo doesn’t so much capitalise on its surroundings as much it does enhance them. Expect a vibe that falls somewhere between playful and opulent, with exquisite presentations and flavours to match. Your meal won’t be cheap, but it sure as heck beats throwing your money away on slot machines. The breakfasts here are also the stuff of legend. 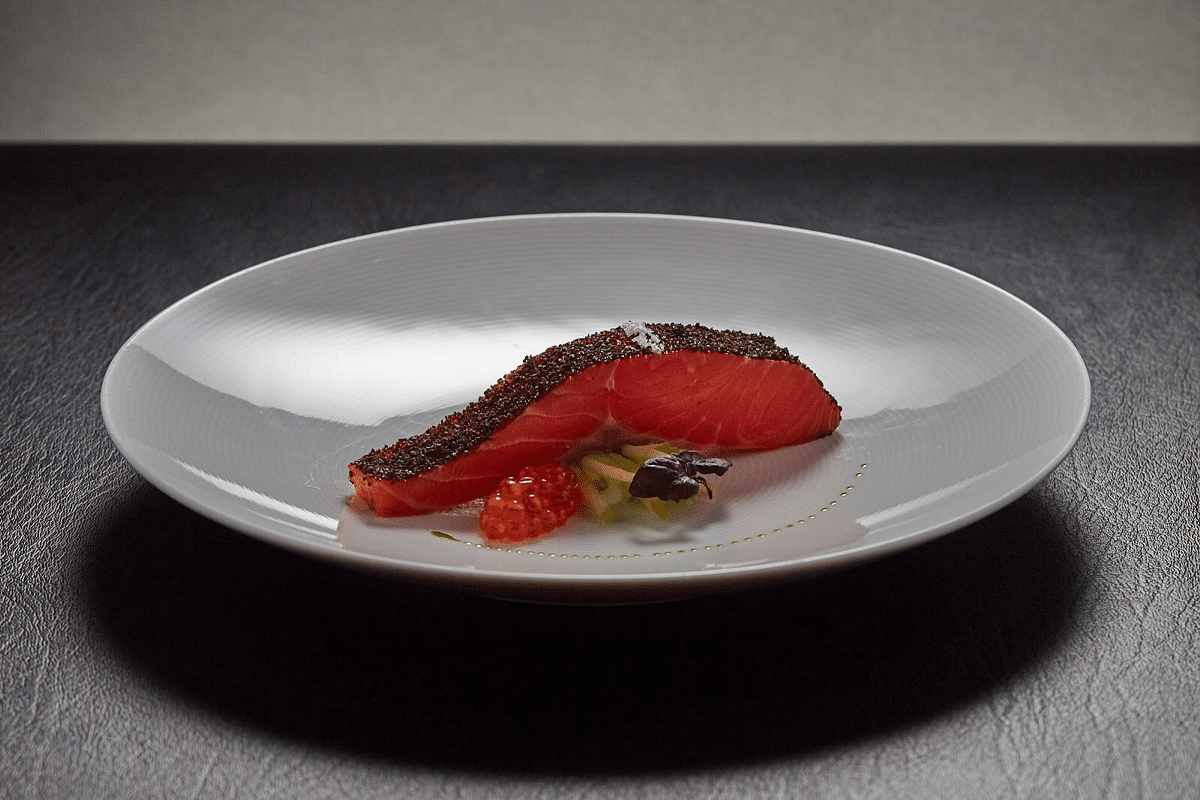 More than one of the best Japanese restaurants that Sydney can muster, Tetsuya’s is one of Australia’s top restaurants, period. Taking culinary cues from Japan and France alike, this acclaimed fine dining destination leaves no flavour or visual detail unattended. Will the experience cost you? Naturally. But you’ll accordingly reap value from every morsel. 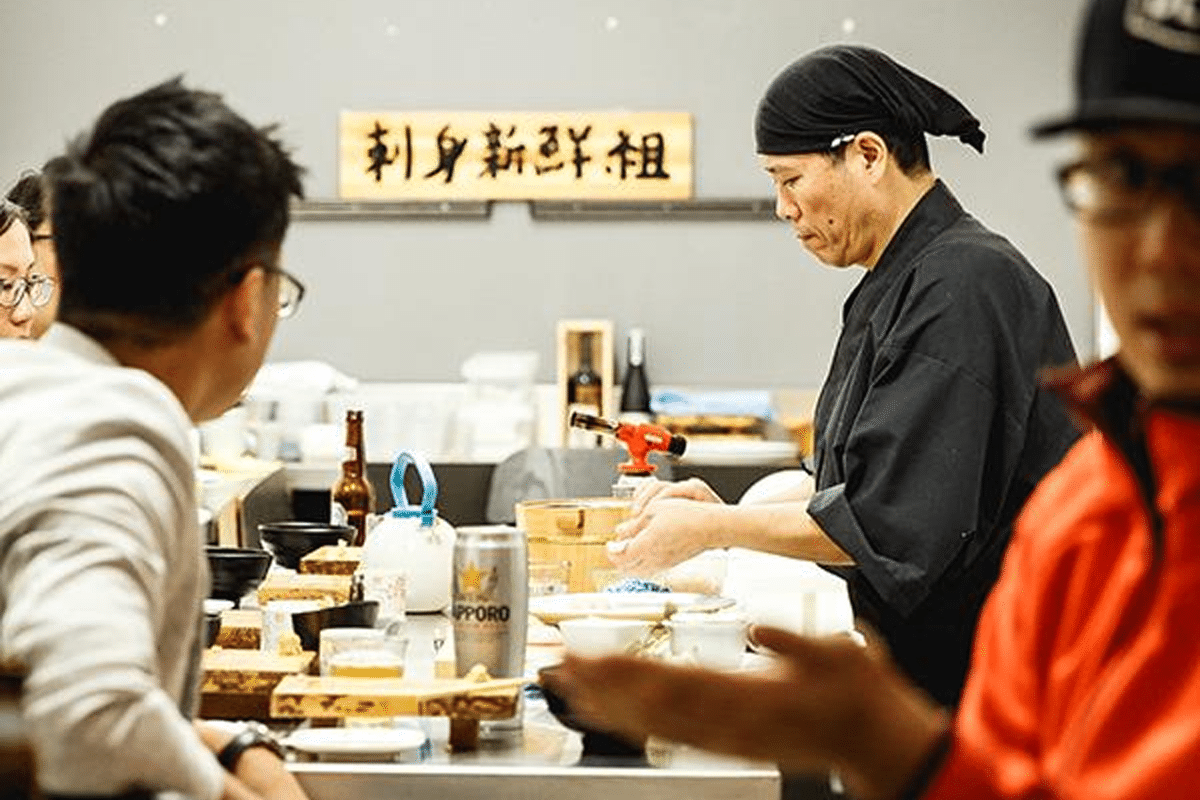 If you fancy yourself a true Japanese cuisine connoisseur, then no single word inspires memories of pure fulfilment more than this one: Omakase. The Japanese phrase means you’re leaving everything in the hands of the chef, and at Sashimi Shinsengumi they don’t even give you a choice. Being the tough part has been decided for you, all that’s left for you to do is sit back, relax and watch Chef Shinji Matsui get to work with the blowtorch. That’s assuming you can nab a reservation in the first place, of course. Tucked away in Crow’s Nest, this is easily one of Sydney’s best Japanese restaurants. 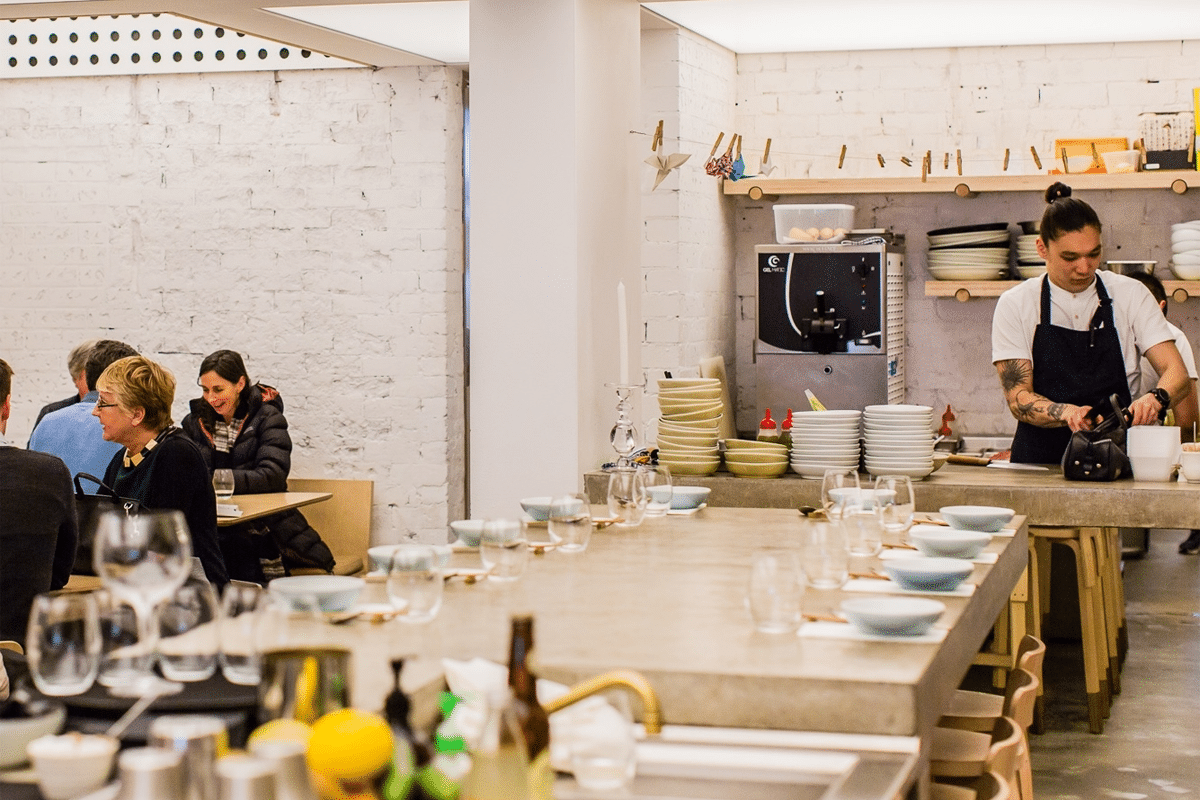 Step inside Cho Cho San’s impeccable, minimalist decor and order the soft steamed buns before you’ve even asked for water. Then keep the Izakaya parade marching strong by getting a variety of dishes and sharing with friends. Pair that with a sake flight or craft cocktail and you’re on your way to one of the best dining experiences you’ve ever had. To call this legendary Potts Point destination one of the best Japanese restaurants in Sydney feels practically redundant. 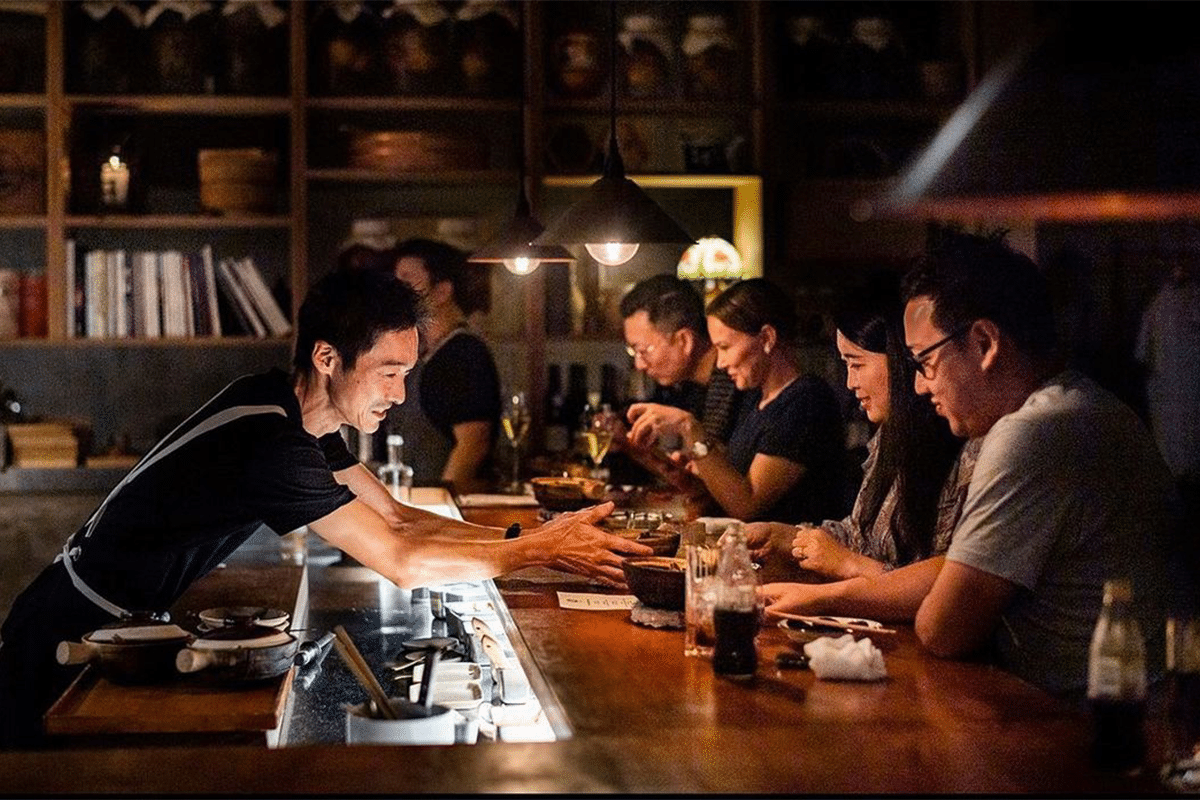 Yakitori is a Japanese style of cooking that involves grilling skewered meat over a charcoal fire, and Chaco Bar has Yakitori down to an art form. In addition to their delectable range of skewered meats (think everything from lamb shoulder to chicken gizzards), this tiny Darlinghurst spot offers some of the tastiest ramens outside of Japan. That’s all joined by an ample selection of beers, sakes and wines. Get your grub on at one of the coolest and quaintest places close to the CBD. 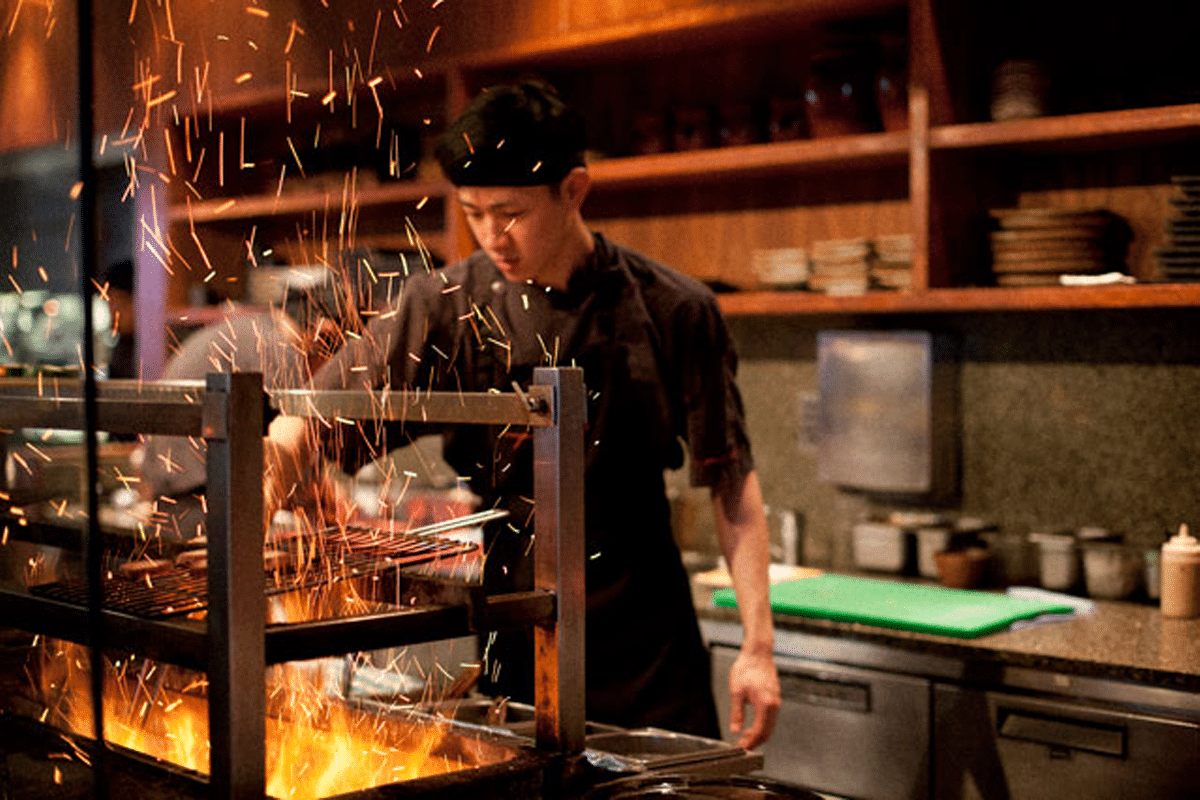 A Surry Hills favourite, Toko is known for its exemplary seafood and steaks and has therefore won the hearts of Aussies everywhere. The fish is resoundingly fresh, the meat drips with flavour, and the wine list is extensive. Order at random or try one of the chef’s tasting menus, and expect some of the best Japanese in Sydney to follow. And don’t forget about dessert–the yuzu cheesecake, in particular, is to die for. 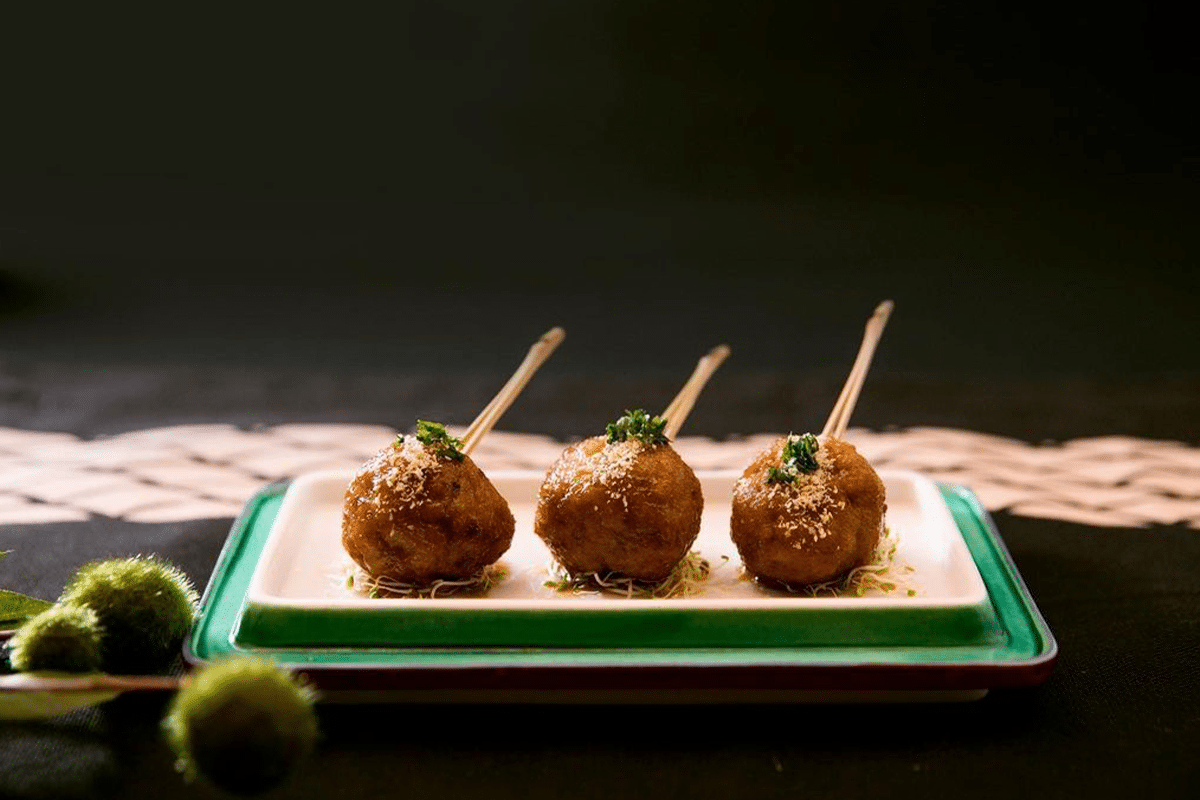 One of the best and most authentic Japanese restaurants in Sydney, Azuma has been keeping it beautifully basic since the 90s. Here you’ll find top-shelf takes on the dishes that made you fall in love with Japanese cuisine in the first place. The sushi and sashimi portions are generous, satisfying and eye-pleasing. The Wagyu tri-tip will make you salivate just by thinking about it. People flock to the bento box lunches as well, and with good reason. No matter what you order, expect it to be filling and downright scrumptious. 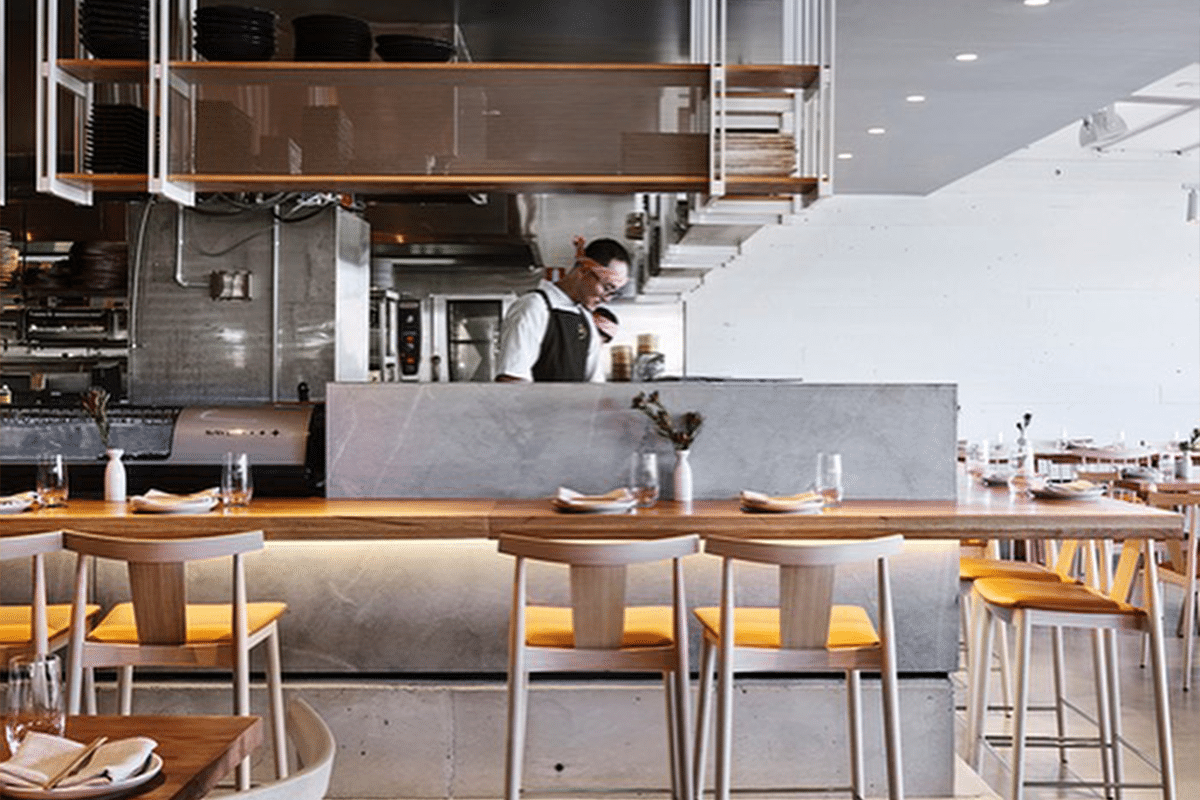 If creativity is your thing, then Saké Restaurant at the Rocks is your place. From the stunningly complex kingfish jalapeno with yuzu soy to the wagyu brisket to the popcorn shrimp tempura, it’s all here and it’s all delicious. Make sure you bring a bunch of friends because you’ll want to try every last item on this Sydney Japanese restaurant’s menu. Simple, consistent and flavourful, Don Don keeps the portions big and the prices low. Located on Oxford Street in Darlinghurst, this bustling spot has been pleasing palates and stuffing stomachs for years. A favourite amongst those in the Man of Many offices, you might see one of us pull up a chair so don’t forget to say G’day.

Where can I find affordable Japanese food in Sydney?

What are the best Japanese restaurants for fine dining in Sydney?

Toko, Azuma, and Wagaya are some of the best for Japanese fine dining in Sydney.

Where can I find sake in Sydney?

You can have sake and other drinks at Izakaya Fujiyama, Lantern by Wagaya and Cho Cho San in Sydney. 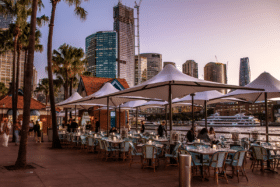 Food
Whalebridge French Restaurant Could Be Sydney's Most Spectacular