While Hallowe’en is generally a time for the scariest things the human brain could imagine, another concoction of Dr. Frankenstein proportion has captured the hearts of Australia’s tradies (I mean, we assume), and like all good things that happen in this wide brown land, it’s come in the form of flavoured milk.

Oak, the iconic brand of chocolate (and other) flavoured dairy products, has released a new line of flavours that are sure to invoke some childhood nostalgia for many. Red Skins (the racist raspberry candy), Chokito (the Australian amalgam of caramel, chocolate and rice) and Jaffas (the disgusting combination of orange and chocolate that is mostly used to pick out the weirdos at an office party) are now all available as flavours of milk if you head to your nearest Woolworths.

This is not the first time Oak has released a left-of-centre flavour–it was only a few months back that it released a cinnamon doughnut flavoured milk, which is still available for those looking to fill the void.

Crossover products have been the delicacy du jour of late in Australia, with Dairy Farmers releasing Mint Slice and Iced Vovo flavoured milks earlier this year, and Arnotts releasing chocolate versions of their most popular biscuits, including the savoury cracker Jatz, to much fanfare which divided fans on the internet. 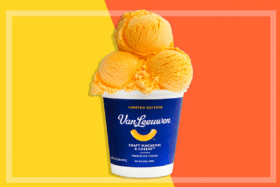