We’re not quite sure whether this should be given to someone you dearly love or an individual you seriously despise. Either way, whoever receives this candle on Christmas day is still getting a candle that smells like a YouTuber’s butthole. We think we’re beginning to understand what Gwyneth Paltrow’s vagina candle was really getting at.

As the wise Dr Ian Malcolm said in Jurassic Park, “Your scientists were so preoccupied with whether or not they could that they didn’t stop to think if they should.” And well, there you are. We now have available to us a candle that smells like a butthole. Congratulations everyone, this is what it means to be human, and we couldn’t be prouder.

A deliberate dig at Gwyneth Paltrow and her infamous/famous ‘This Smells Like My Vagina’ candle, US comedian Ethan Klein of h3h3productions has instead gone a little further south. With the enthusiastic people at AromaPrime, he’s come up with a candle that smells like his butthole. Available now for purchase and Christmas gifting, according to the man himself; “It’s the real smell of butthole. I was specifically like: I don’t want just sulphur. No, no, no. It’s got to smell musky, pubey, B.O.Y, farty. That’s what my butthole smells like.”

The official description describes, “a witty, stunning, sexy, and suggestively unexpected scent to put you in a mood of enchantment, seduction, and a passionate warmth.” We don’t doubt it since they have an entire category devoted to other rotten smells. You can purchase everything from vomit to urine splatters if you want.

Do you give it to your brother? Or your class-clown co-worker? Maybe you give it to your boss. We’re not sure who this is for, but it’s definitely for someone who either needs or deserves a candle that smells exactly like Ethan Klein butthole. Whoever that is. Just know the profits of the sale are going towards the Prostate Cancer Foundation. 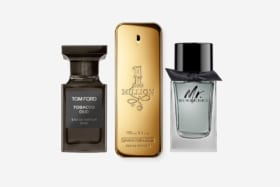 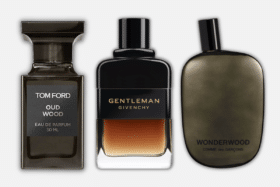