Nintendo Switch has been one of the gaming icon’s best consoles yet, but that isn’t to say things can be improved. Much like a great controller, the best Nintendo Switch docks can transform your gaming experience from lacklustre power drain to full-scale operation in a proverbial snap. Used in tandem with a console, the switch dock makes charging easier and provides output to the TV, as well as allowing better use of accessories such as the Nintendo Switch Ring Fit and games like Nintendo Switch Sports.

Like the gaming experience itself, there are some great options for docks and some not-so-great options. We’ve waded through the good and bad to find the best Switch docks on the market. Here are our top picks. 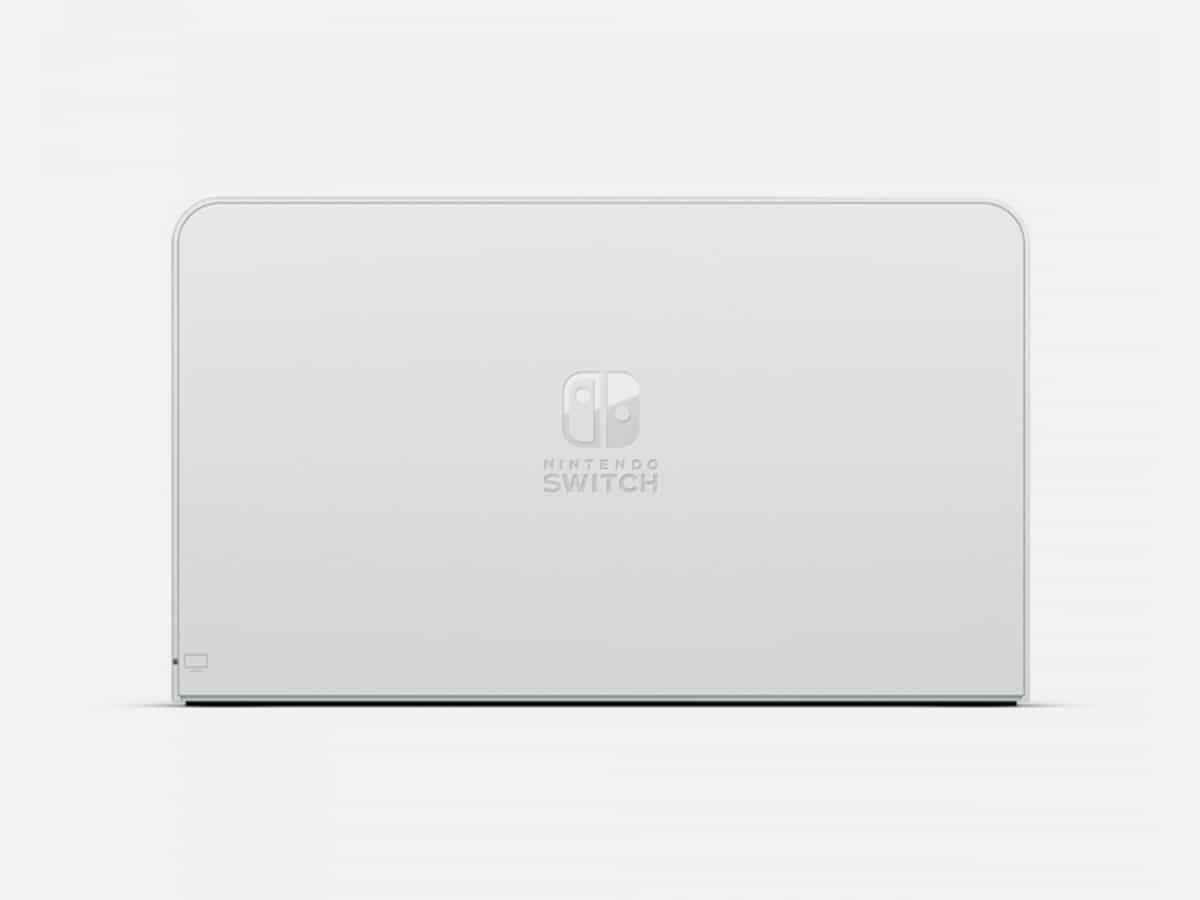 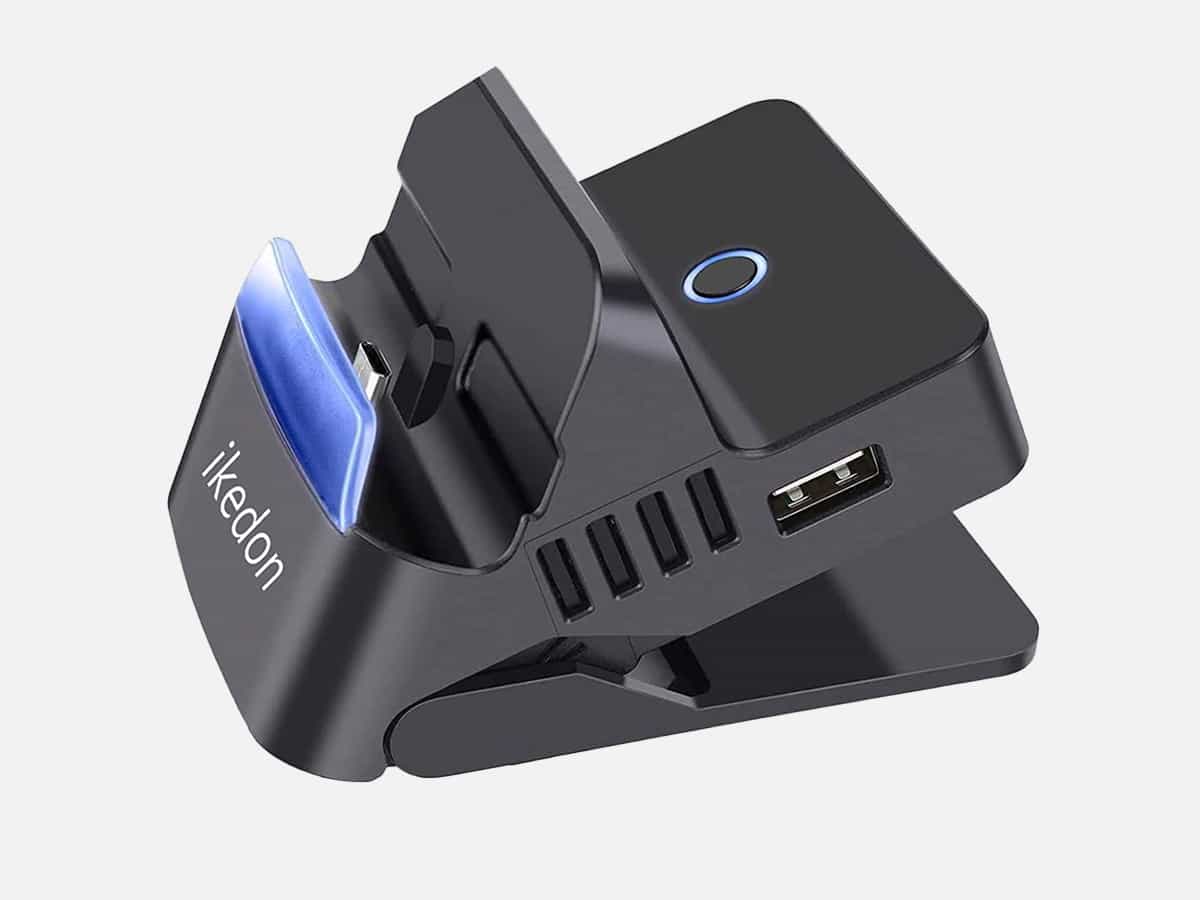 Super portable and incredibly lightweight, this dock is ideal for taking with you while you’re on the move. The console also has a unique design that not only looks good with its illuminated panel on the front, but it sits on top of the unit instead of sliding into the Switch docking station, avoiding overheating. It also features adjustable play angles and has an anti-slip base design, so it won’t go sliding around or falling over by accident! 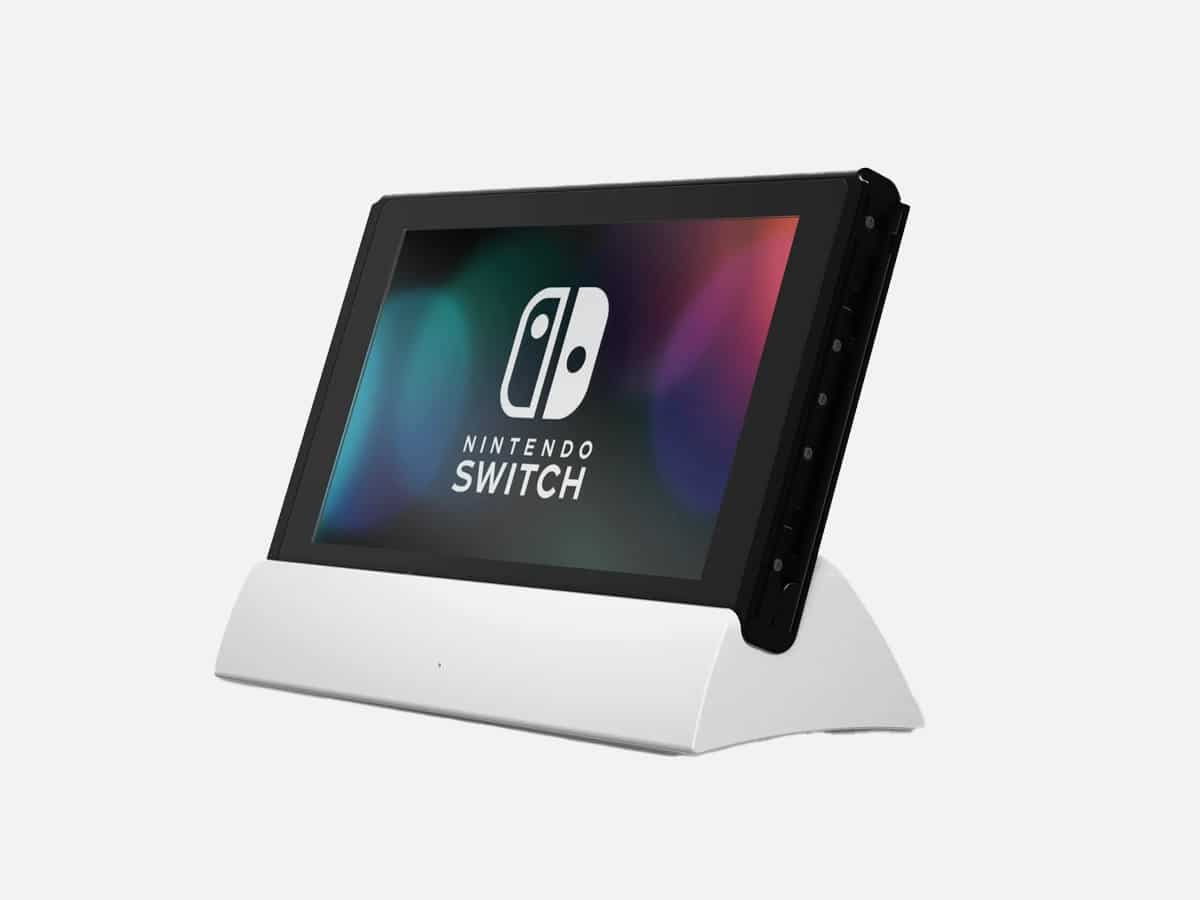 If you’re looking for ultimate support while playing your Nintendo Switch, try the Binbok. The dock is the same width as your Switch console, yet is only 95 grams, which means it is portable and is a great alternative to the OG dock. It has been designed with functionality at the forefront – you can play while charging and the dock is well ventilated, so you can play for a long time without having to worry about overheating. It also wins in the connectivity department, coming with 1 HDMI port, 3 USB ports, 1 switch button, 1 USB-C input port and1 type-C output port. 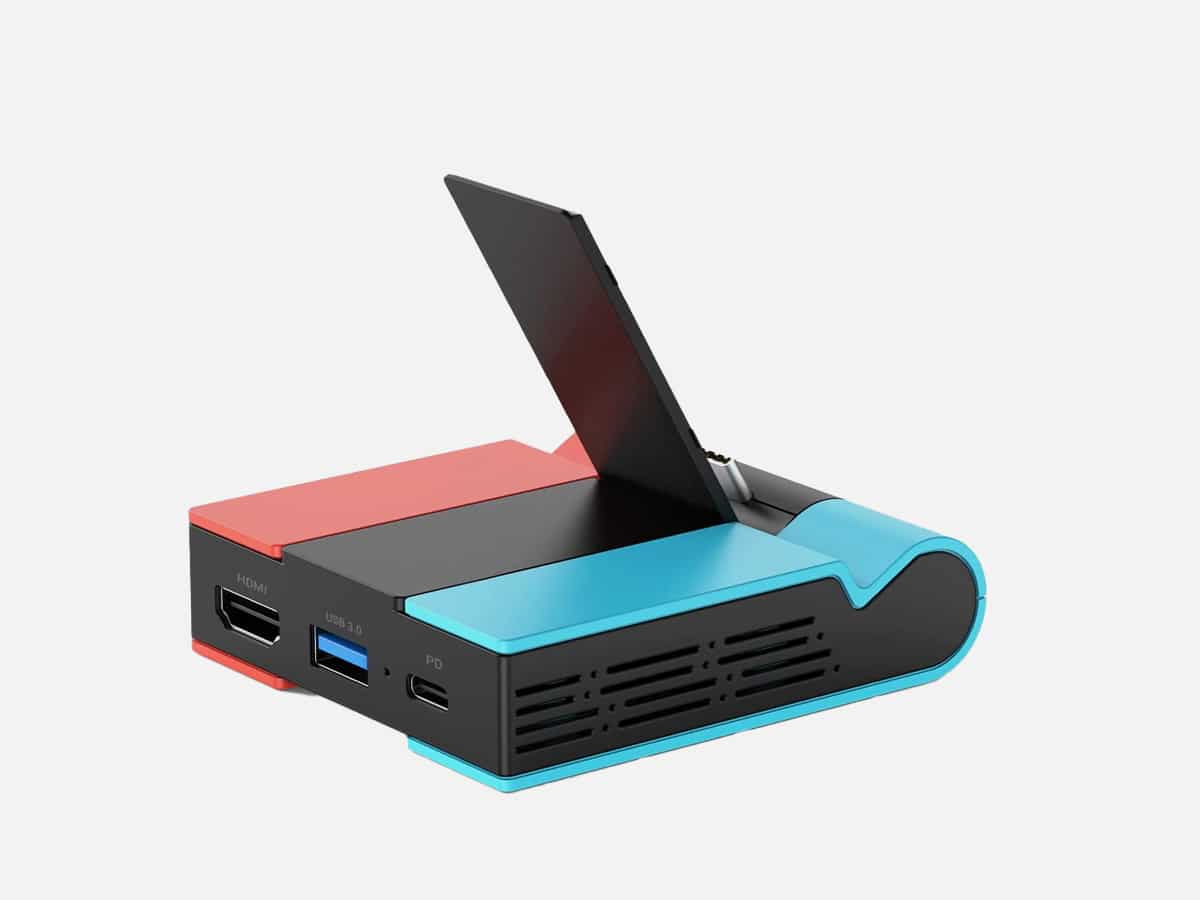 If you’re on the hunt for a good-looking Nintendo Switch dock, this one will fit the bill. The Knofarm Pocket is compact, portable and as sleek as ever. It features oversized venting holes so it won’t overheat and a one-button switch mode which makes it beyond easy to switch between the console and the TV monitor. Its design is functional, with just a USB-A and HDMI port and wearable ABS material which is not easy to break and a display setting that leaves it impossible to scratch! 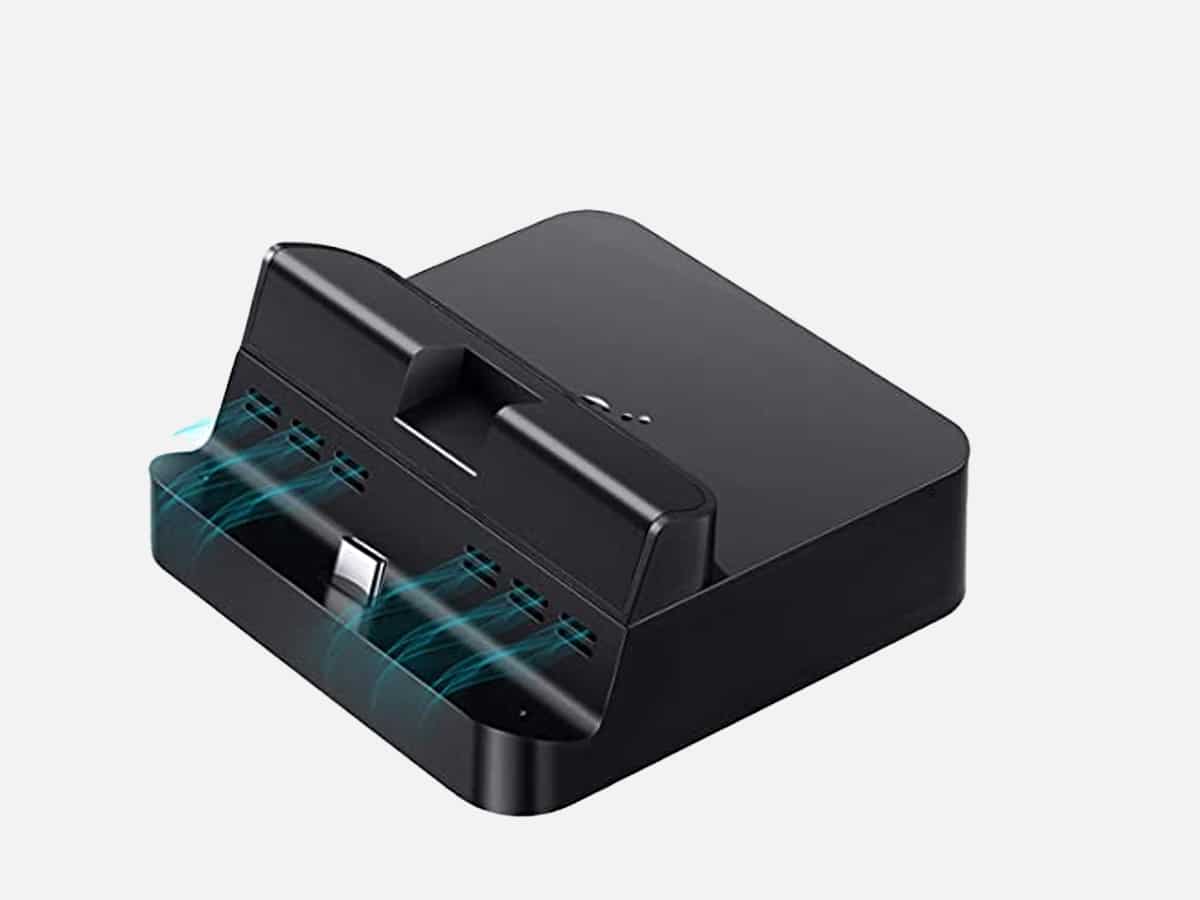 For all the minimalists out there, this is one of the greatest docks for you! The matte design has a magnetic cover, which when closed is compact and aesthetic, only to open and show off your Switch in all its glory. Keeping in line with its minimalist vibe, there’s only one USB-A and an HDMI, but it can also work with other devices with a USB-C connection. Like most other docks, it also has a cooling system so your Switch will remain at a normal temperature while docking or charging. 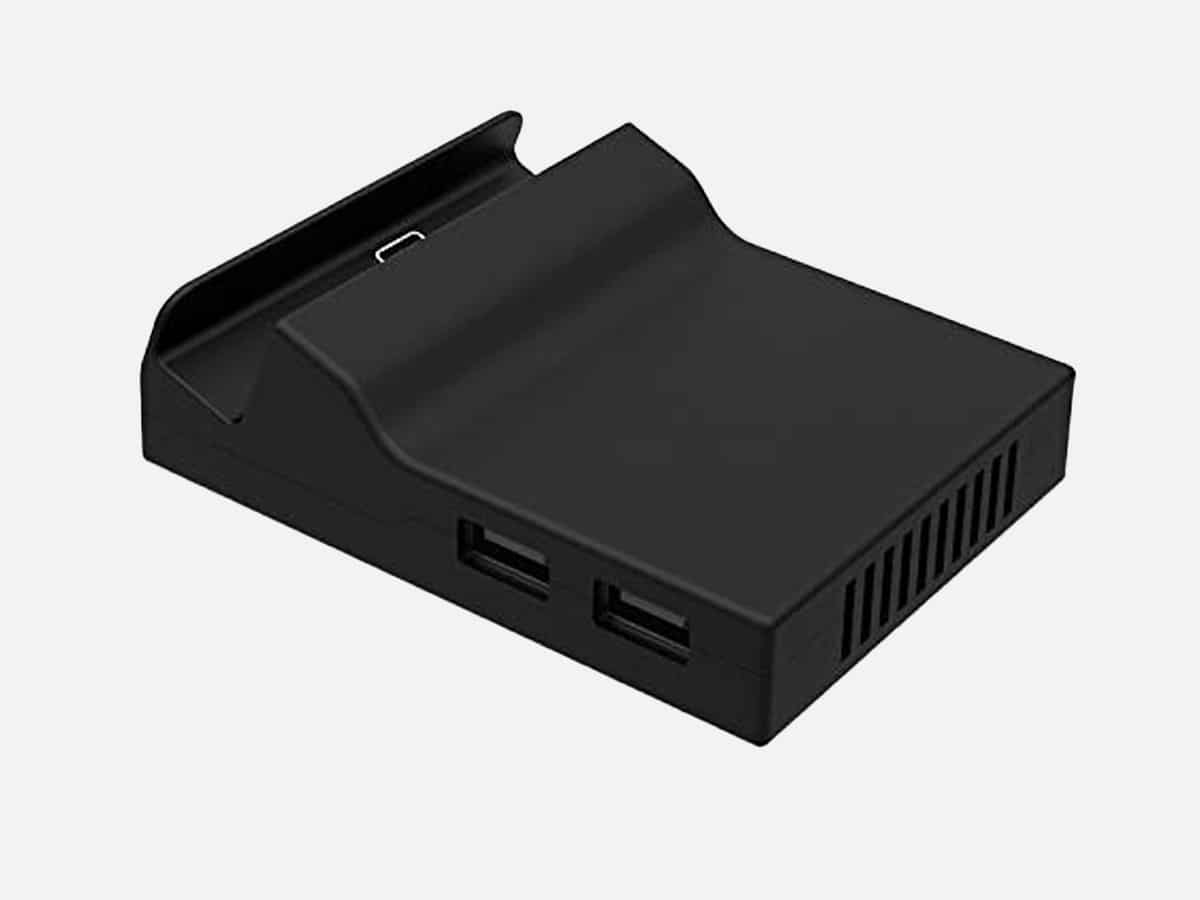 This is one of the more affordable docks out there, and that’s because you have to do a lot of the setting up yourself! So, if you’re a tech whizz and can manage circuit boards and the like, then this is a great choice! The dock contains the official Nintendo hardware meaning it won’t get broken by software updates, and it is also compact and comes in four colours. 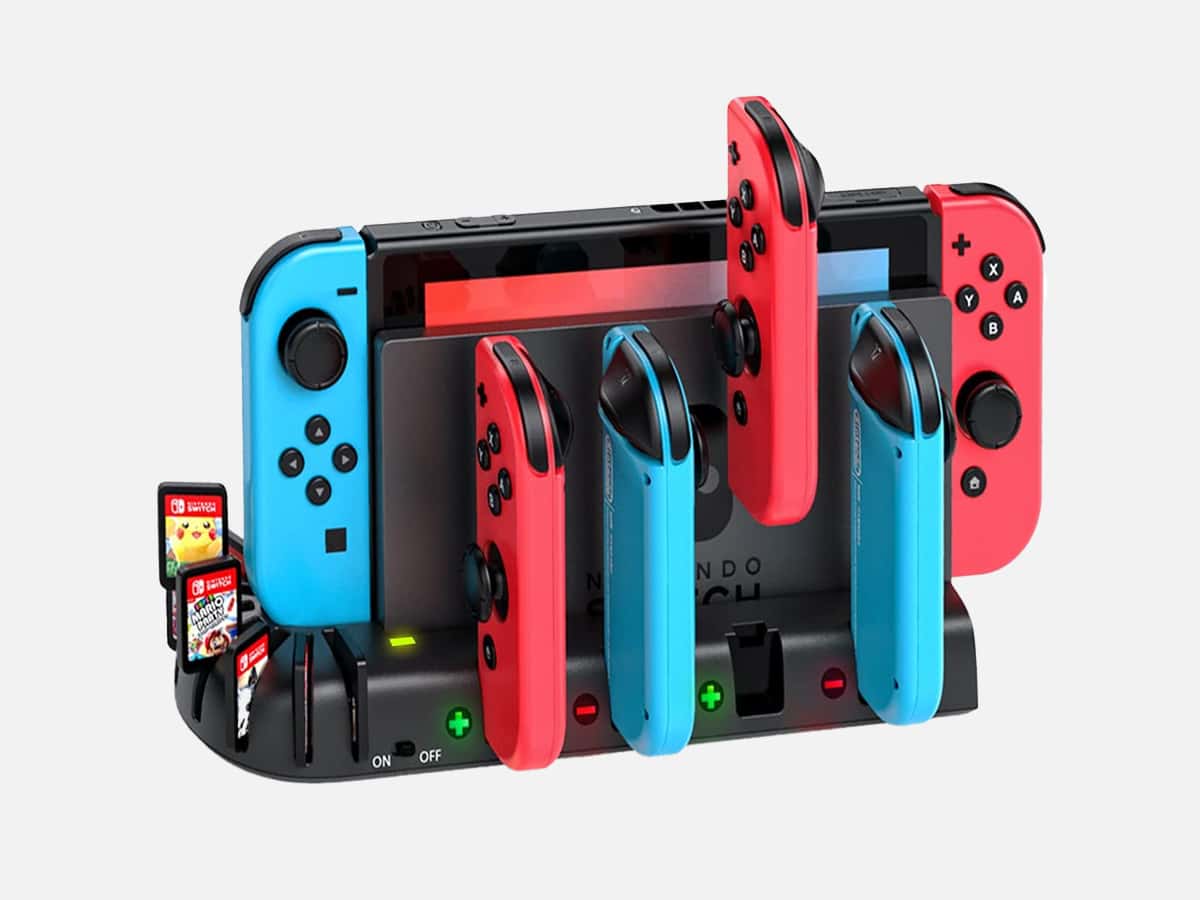 This docking station is a little different to the other docks mentioned on the list. The KDD docking station is an add-on designed to charge four joy controllers and simultaneously store your switch dock. All about keeping this neat and tidy – it comes with eight-game slots to keep your gaming desktop tidy and helps save space. The add-on prides itself in attention to detail, with an additional light guide plate to reflect the green TV light on the dock which shows the TV modes as either on or off. It also has built-in intelligent protection chips designed to prevent over-currents, over-heating, over-voltage, short-circuits, and as a precaution, so it will never overcharge.

When it comes to getting your hands on the best Nintendo Switch dock money can buy, there are a few major things to consider. Whether you’re opting for a third-party provider or going straight to the source, here is what you need to know.

Importantly, most docks can improve upon the official dock’s connectivity, however, there are some caveats to that. Most notably, a number of Nintendo Switch docks don’t come with power supplies or HDMI cables, so you may need to buy them separately.

Much like cases and controllers, not all Nintendo Switch docks were created, or priced, equal. If you opt for the official release, you’re likely to spend a little more, but you can be sure that Nintendo will look after you, which you might not be able to say with regards to some third-party producers.

There are several third-party Nintendo Switch docks that won't brick your switch, like the Ikedon Switch dock and the Binbok Switch Dock.

What is the best value Nintendo Switch Dock?

What is the best overall Nintendo Switch Dock? 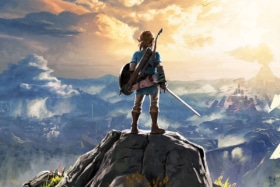 Gaming
'The Legend of Zelda: Breath Of The Wild' Sequel Release Date and Name Confirmed