The plumber from Mushroom Kingdom recently broke his own record, with an anonymous buyer coughing up USD$2 million (AUD$2.72 million) for a never-before-opened copy of Super Marios Bros. from 1985. The previous record was only set last month when a sealed copy of Super Mario 64 was purchased for a cool USD$1.56 million (AUD$2.12 million) at auction.

You’ll also love:
Egg-Shaped Orb X Gaming Chair Cops 3 Monitors and a Hidden Compartment
Netflix is Getting into Gaming ‘in the Next Year’
Are the AR Nintendo Switch Glasses the Future of Gaming? 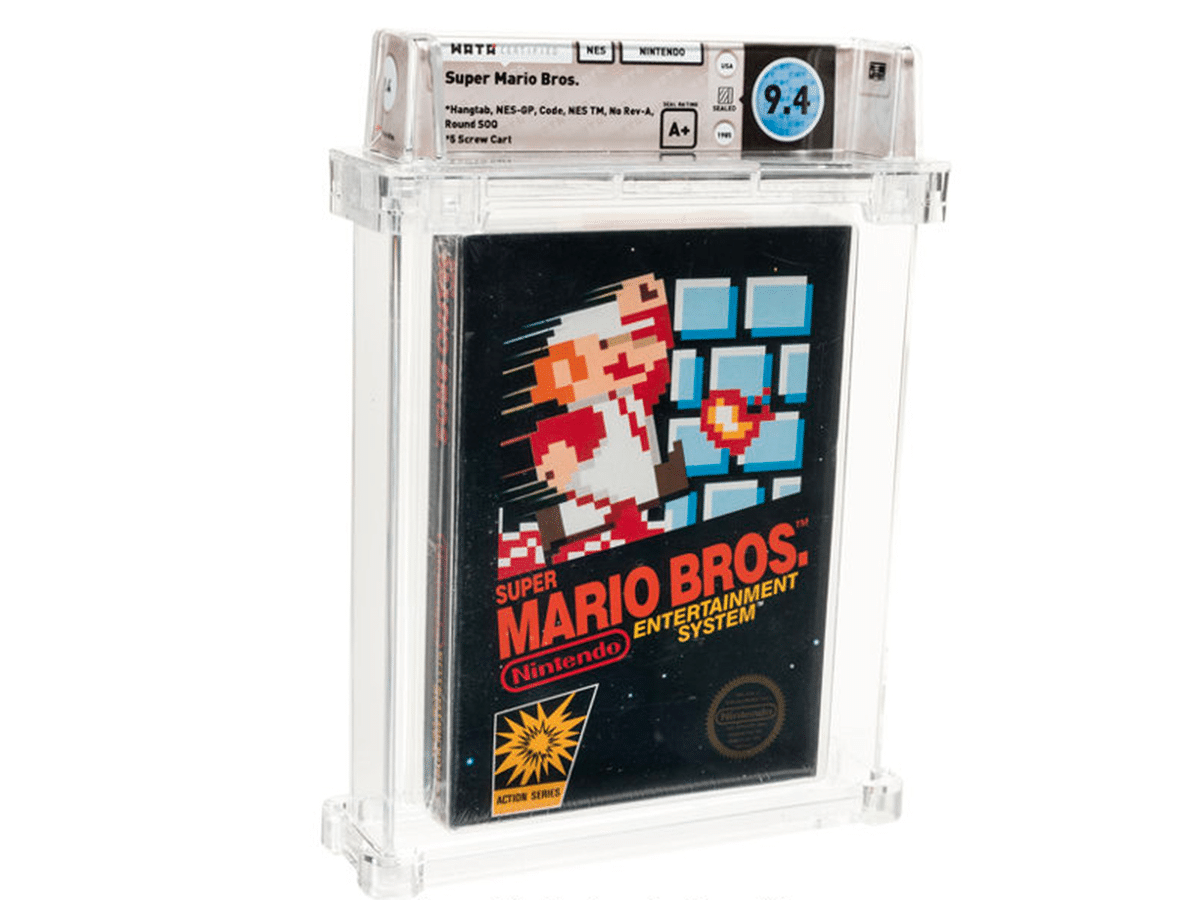 With most of the aforementioned vintage games selling via auction, the latest record-breaking transaction took a different path. Collectibles website, Rally, accumulates items such as comics or games and allows people to invest as they would in a company. If an individual makes an offer to buy an item, those investors can vote whether to sell it not. Last April, Rally bought the Super Marios Bros. game for USD$140,000 and shareholders approved the sale to the anonymous individual.

We only hope the buyer made sure the cartridge still works. If not, a good old-fashioned blow should do the trick.

You’ll also love:
Egg-Shaped Orb X Gaming Chair Cops 3 Monitors and a Hidden Compartment
Netflix is Getting into Gaming ‘in the Next Year’
Are the AR Nintendo Switch Glasses the Future of Gaming?