While it may have been contentious, the 2021 NBA All-Star Weekend in Atlanta brought us a lot of things. From Steph Curry’s historic 3-Point contest to Zion Williamson’s infamous missed dunk, there was a lot happening on the court, but perhaps the biggest and most exciting news came off it.

You’ll also like:
Elon Musk is Apparently Building His Own City in Texas Called ‘Starbase’
How to Talk to Girls on Tinder (From an Actual Woman)
A Mike Tyson Limited-Series is Coming to Hulu and Iron Mike is Pissed About It

“We in a Uhaul in this bitch” Atlanta All-Star weekend is different pic.twitter.com/TrobI9cxTk https://t.co/zilMMN8hJg

As NBA commissioner Adam Silver and Atlanta Mayor Keisha Lance Bottoms scrambled to cap fans entering the city for the sporting event, Americans seemingly didn’t get the memo. Hundreds of fans were seen sleeping in their cars, with hotels in the area packed out and accommodation at capacity.

Reports from the New York Times Sports even suggested that the NBA had sent out “roughly 200 letters with cease-and0desist orders to various party promoters in the Atlanta area that have used the league’s All-Star logo and event name in connection with unaffiliated events”.

But one group of clap-happy basketball fans reportedly found a creative way to get the party started. During All-Star Weekend, a group of Instagram models were seen partying out of a U-Haul van, because no accommodation, no worries, right? Unfortunately, the models were getting a little too rowdy, however, with those involved claiming they were pulled over by the police after they got into a car accident in the van.

While there’s still a lot of conjecture over what really happened inside that NBA All-Star party U-Haul, one massive question remains unanswered – Why didn’t James Harden get an invite?

Atlanta Uhaul girls say that got into a car accident after getting pulled over pic.twitter.com/FSTe9lktMA

UHaul girls in Atlanta pulled over after turning up & twerking in the back of the UHaul ? pic.twitter.com/NKfFXpM2kO

Oh the had a good lil time in the uhaul in Atlanta. The creativity. pic.twitter.com/P6Jpb0s6oE

Naw they in Atlanta wylin fareal, what this is a Uber Uhaul or a Uhaul Hotel Room? ? pic.twitter.com/UdvC6txaRJ

You’ll also like:
Elon Musk is Apparently Building His Own City in Texas Called ‘Starbase’
How to Talk to Girls on Tinder (From an Actual Woman)
Cristiano Ronaldo Shirtless Proves Age is Just a Number 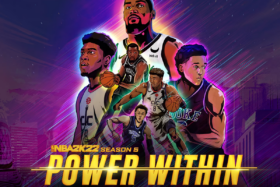