A one-of-a-kind vintage Patek Philippe Ref.2499 wristwatch has gone under the hammer at Sotheby’s Hong Kong, selling for a world-record HKD$60.265 million (AUD$10.7 million). The stunning result marks the highest ever price recorded at auction for the iconic perpetual calendar chronograph, a full 65 years after it was originally created. 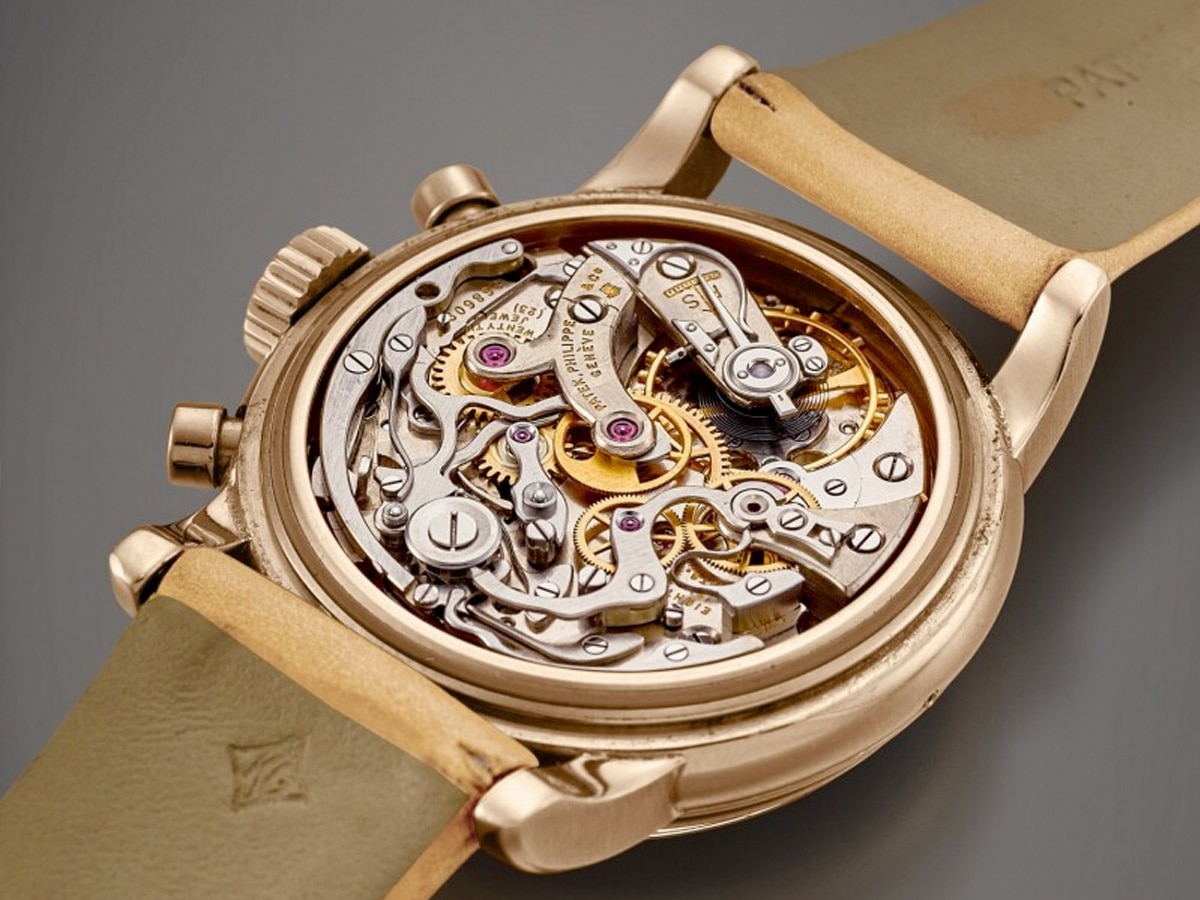 Sold as part of The Nevadian Collector exhibition, a single-owner treasure trove that featured 38 vintage Patek Philippe watches, the record-shattering Ref.2499 is one of only nine known pink gold 2nd series examples. Unlike its siblings, however, this example is the only one to feature a retailer’s signature on the dial, arriving compliments of renowned Italian marque, Gobbi Milano.

A “Clockmaker to the Royal Court”, the Milan-based business boasts over 170 years of history, with the Gobbi company in business for more than six generations. According to Sotheby’s, this specific  Ref.2499 was retiled by the Italian icon in very original condition with great flutting to the lugs and a wonderfully aged dial. The auction also revealed that the Patek Philippe was in fact, the very same example that set a record price realisation in May 2007 at Christie’s in Geneva. Considering its rarity and quality, its little wonder the 37mm timepiece caught so much attention and it wasn’t alone. 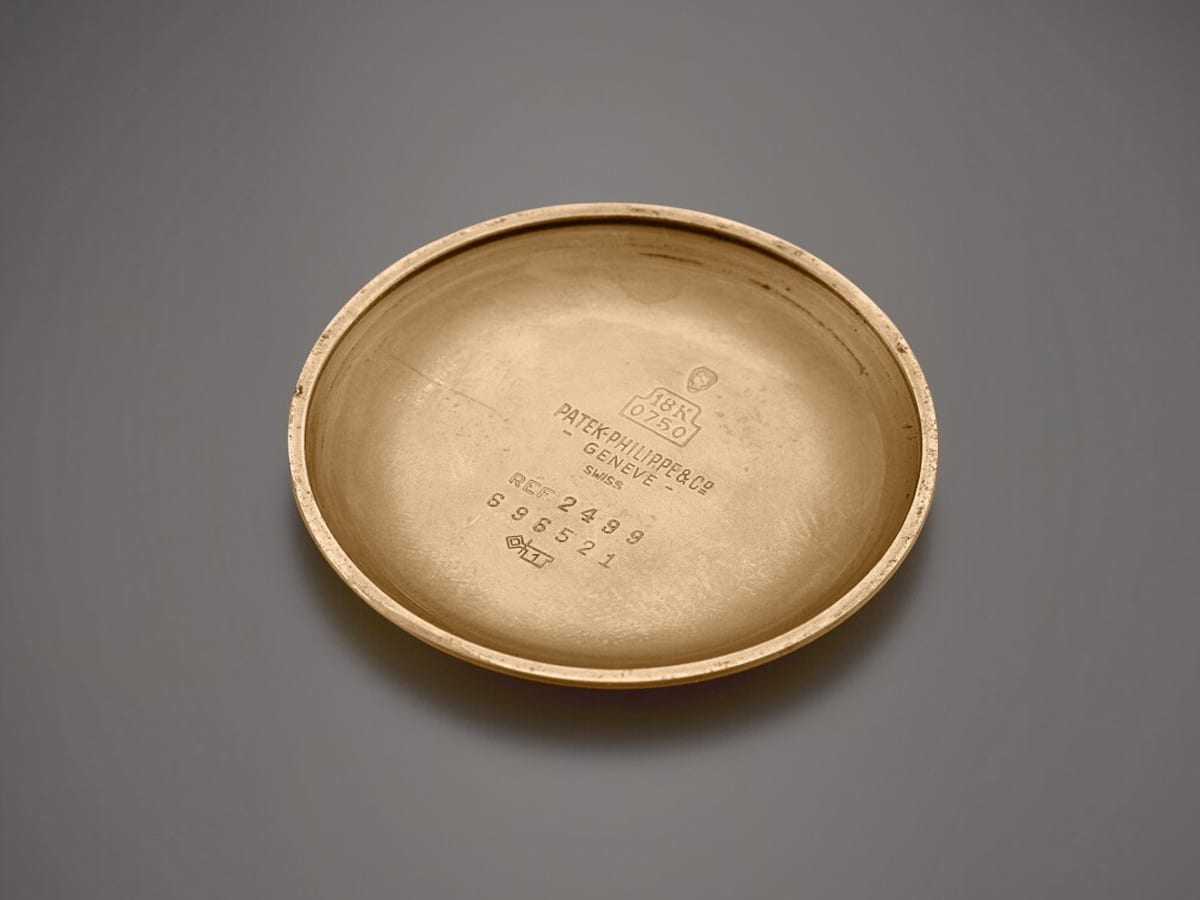 Four Ref. 2499 examples were offered as part of The Nevadian Collector auction, marking one of the more significant single-owner portfolios ever assembled. Produced from 1950 until 1985, reference 2499 is renowned as one of the most pivotal wristwatches ever made, with Sotheby’s noting that interest in the timepiece has grown substantially in recent years. The example sold comes from the 2nd series, which was produced between 1955-1964 and introduced round chronograph pushers.

“The successor to reference 1518 and the predecessor to reference 3970, reference 2499 holds a distinguished place among the firm’s exceptional perpetual calendar chronograph wristwatches,” Sotheby’s wrote. “With only 349 pieces made in total, or an average of only nine pieces per year, it is an extremely rare piece and one that was made with the utmost attention paid to each detail.” 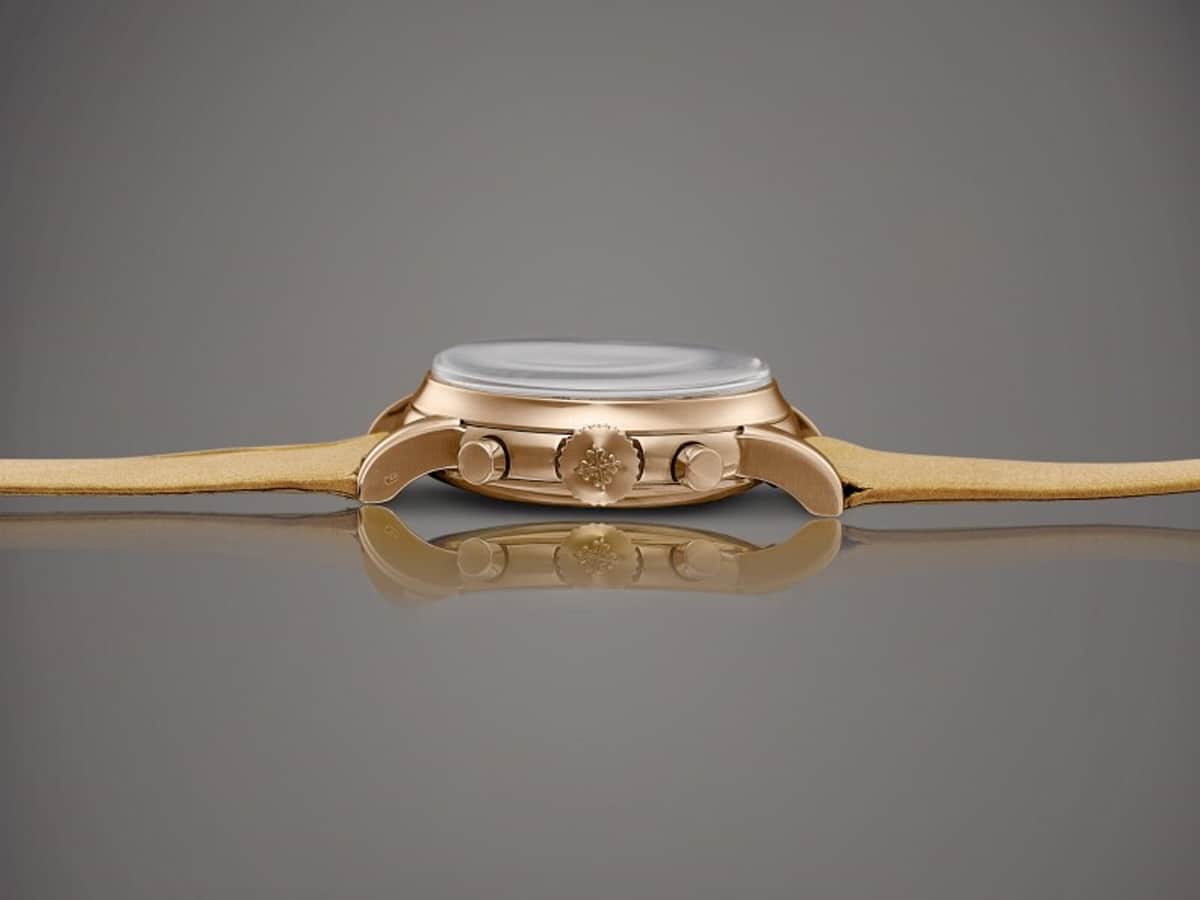 For history buffs, the Patek Philippe didn’t disappoint. Along with the sale, the lucky new owner also scored a unique Patek Philippe Extract from the Archives confirming production of the present watch in 1957 and its subsequent sale on 18th October 1958. In total, The Nevadian Collector sale achieved HKD$162.378 million (AUD$28.9 million) against initial pre-sale estimates of HKD$78 million (AUD$13.9 million). You can view other rare timepieces from the auction via the link below. 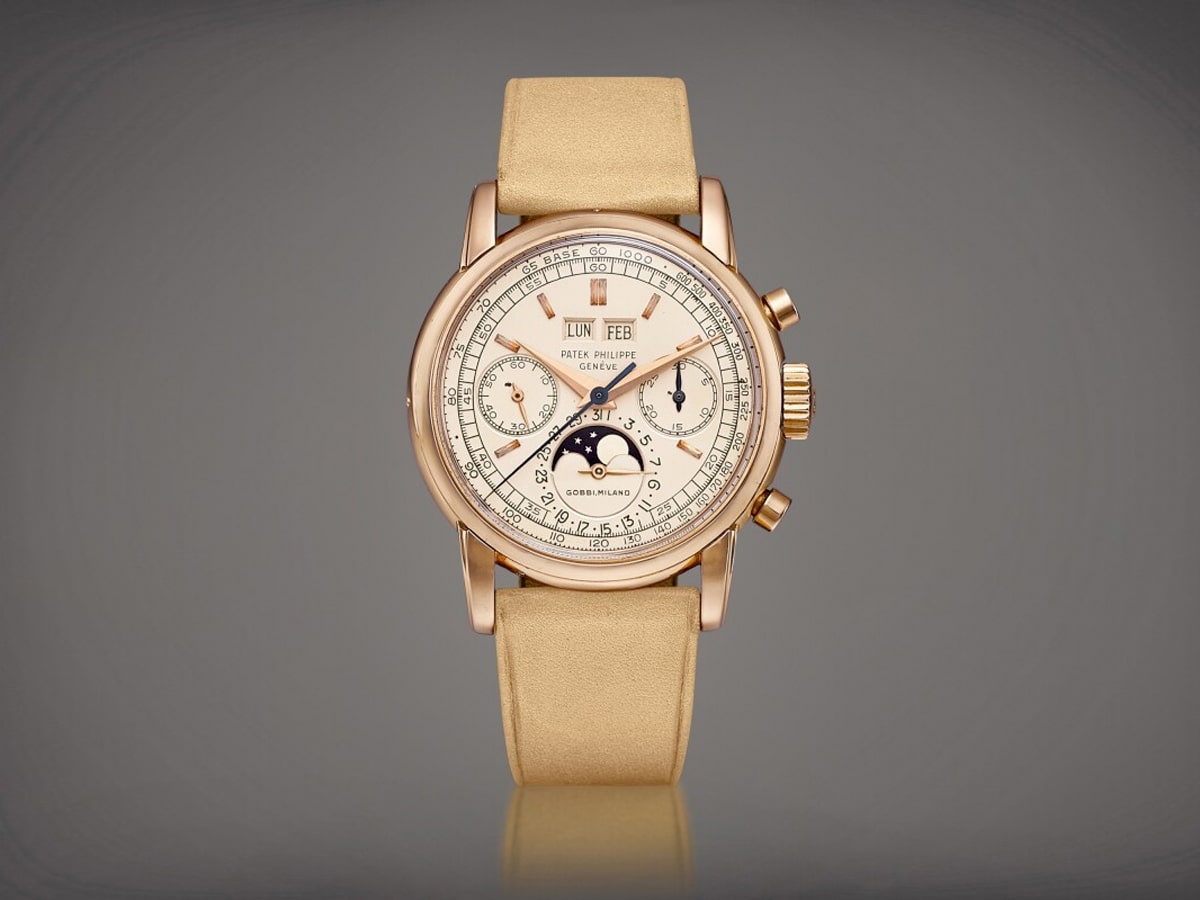 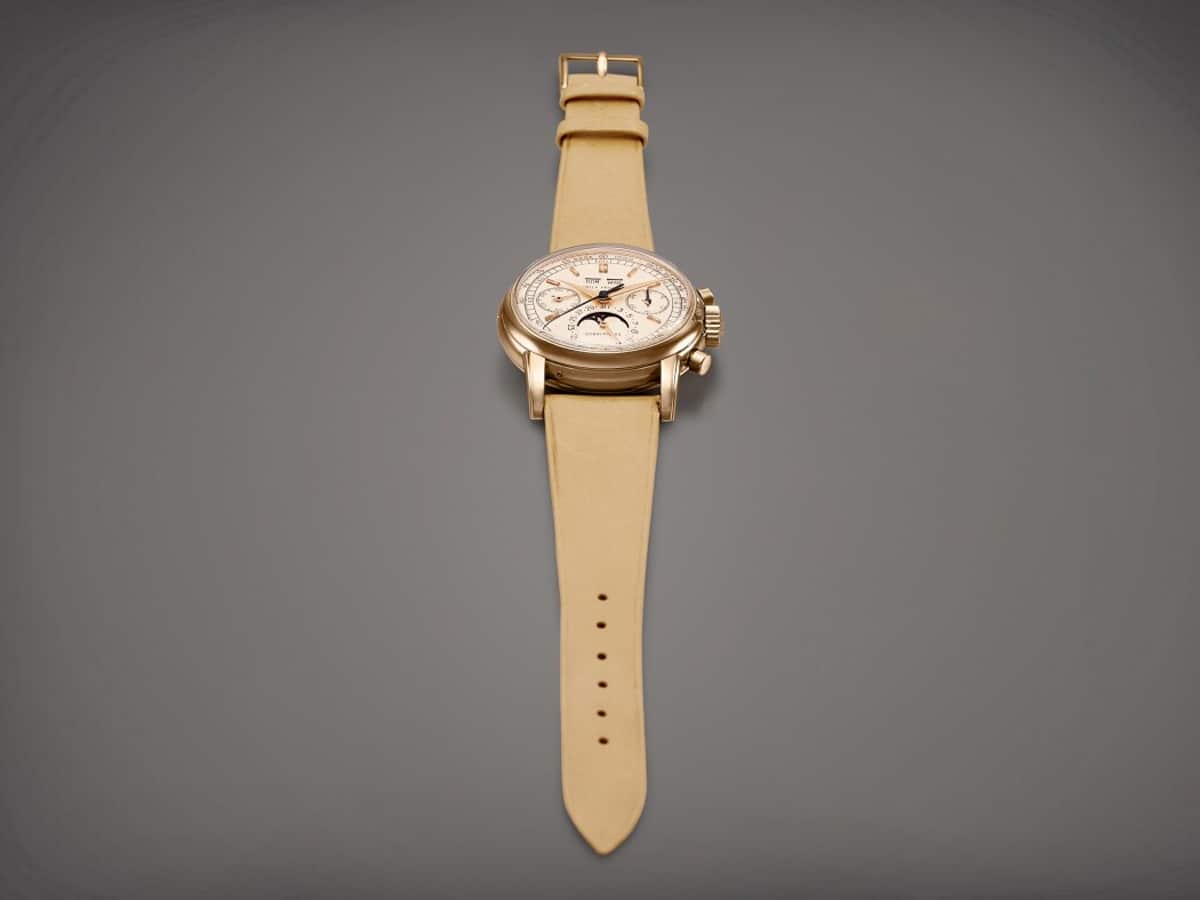 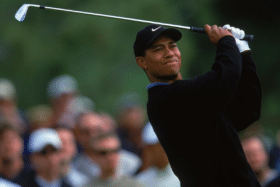 Sport
Turns Out the 'Tiger Slam' Clubs Auctioned for $7 Million are Fake, According to Woods 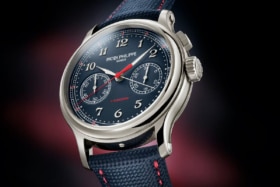