The Rolex Daytona sits on a pedestal above most other watches. There’s something very special about the Swiss manufacturer’s racing chronograph and its popularity has been rising year after year. New models are only available on lengthy waiting lists and vintage examples command a premium, however, none quite compare to those owned by esteemed American actor Paul Newman. The Oscar-winners own Daytona sold at auction for a breathtaking $17 million, making it the most expensive watch in the world at the time. Now, Christie’s is about to auction one of the rarest Daytonas yet and it’s got a familiar name. The rarest of the rare, with only three known to exist, the Rolex Daytona 6263 Paul Newman Lemon Dial is known simply as The Legend. 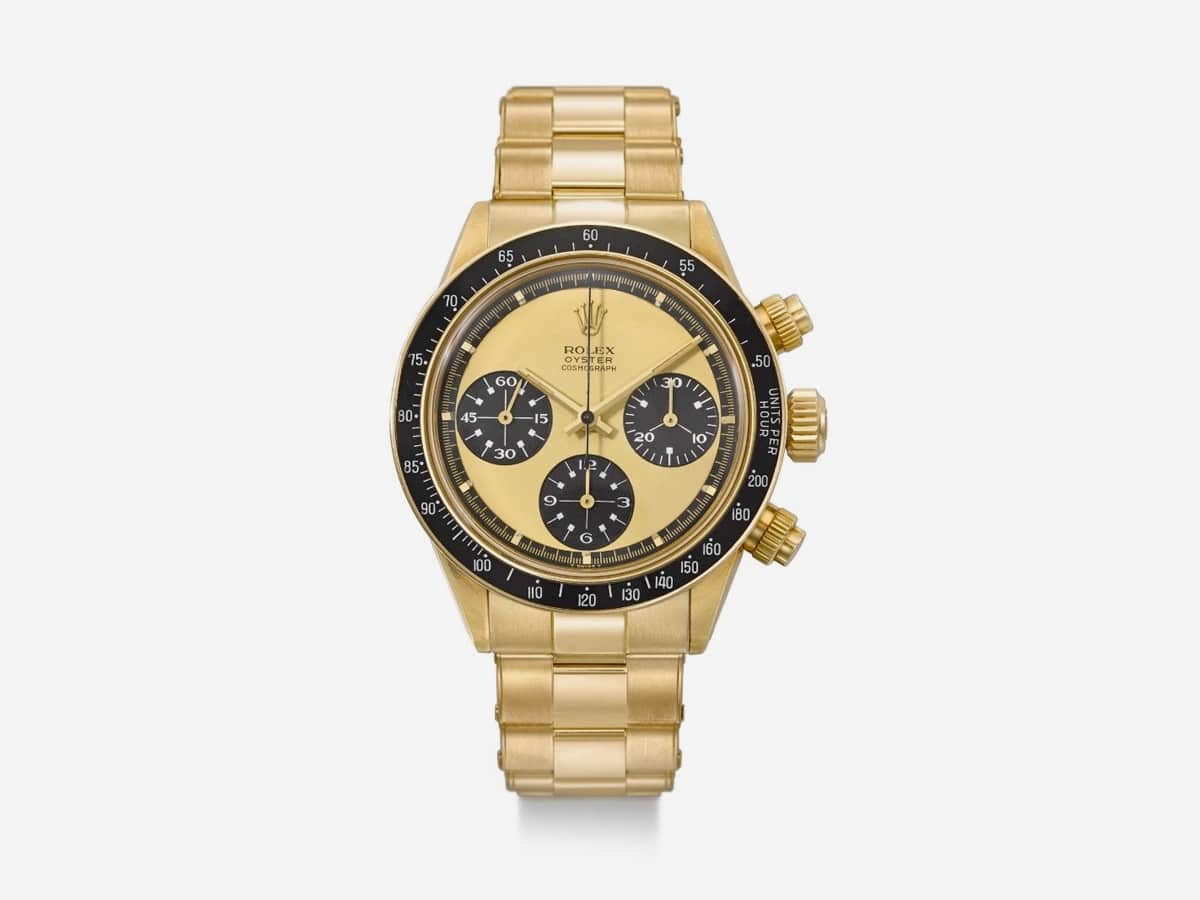 For a watch that is so popular with today’s collectors, the Rolex Daytona Cosmograph has a less glamorous past. Yes, it was created for gentleman drivers – men with style and a love of cars – but it took decades to convince the wider world. This 18K gold edition comes from that early period – it’s dated circa 1969. To give you an idea of its scarcity, for a while the watch world couldn’t decide whether The Legend actually existed. Rumours suggested a yellow-gold version – with a Paul Newman dial and screw-down pushers – did exist. We’d just never seen one.

It’s now confirmed that three examples of this stunning variation exist and Rémi Guillemin, Head of Watches at Christie’s Geneva, suggests that this “is to my eyes the best-preserved of only three known to exist”.

So what makes this particular watch so special and why has it excited the Rolex collecting community so much? In a nutshell, it ticks all the boxes that collectors want. It’s from the years when Rolex was still experimenting with colour schemes – hence the small numbers produced. It also features an exquisite Oyster lemon dial, with the layout and contrasting sub-dials made famous by Paul Newman. And let’s not forget the distinctive case. It’s 18k gold and features screw-down chronograph pushers – a combination that wasn’t thought to exist on a lemon dial model. Back in 2019, a similar model, albeit a reference 6264, sold through Phillips for an astounding USD$884,000, however, the intrigue surrounding the watch community has grown since then. That specific model was lauded for its French importation hallmarks, particularly on the caseback. Phillips noted that the release displayed two owl heads and a “Socièté Rolex” stamp to the caseback, extremely rare in and of themselves, and moreover, are preserved in extraordinary condition.

The Rolex Daytona offered by Christie’s represent an equally enticing offering, and naturally, the auction house is expecting a big sale. With the Daytona model now an insanely popular luxury watch and the Lemon dial variant – with a yellow gold case – sitting at the top of the pile, it seems only fitting that Christie’s is asking for between CHF 3,000,00 and CHF 5,000,000 (AUD$4.76 million – AUD$7.9 million). The stunning 18k gold Lemon Paul Newman Daytona Chronograph, known colloquially as The Legend will auction in Geneva, Rolex’s hometown, on November 7. 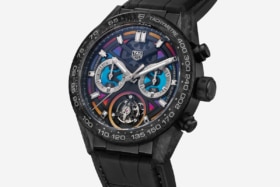