The rumours were true. After months of speculation, a seemingly endless cavalcade of interest and some pretty crafty sleuthing on the internet’s behalf, Rolex has officially revealed its first commercially available all-titanium watch. The new Rolex Oyster Perpetual Deepsea Challenge ref.126067 takes the iconic framework of the deep sea diving tool and reimagines it for the most extreme conditions, ensuring that this new release will reach new depths. According to Rolex, the new Deepsea Challenge can withstand water pressure greater than anywhere ever recorded on earth. Talk about a claim you can hang your hat on.

RELATED: The Crypto Collapse is ‘Flooding the Market’ with Rolex and Patek Philippe Watches 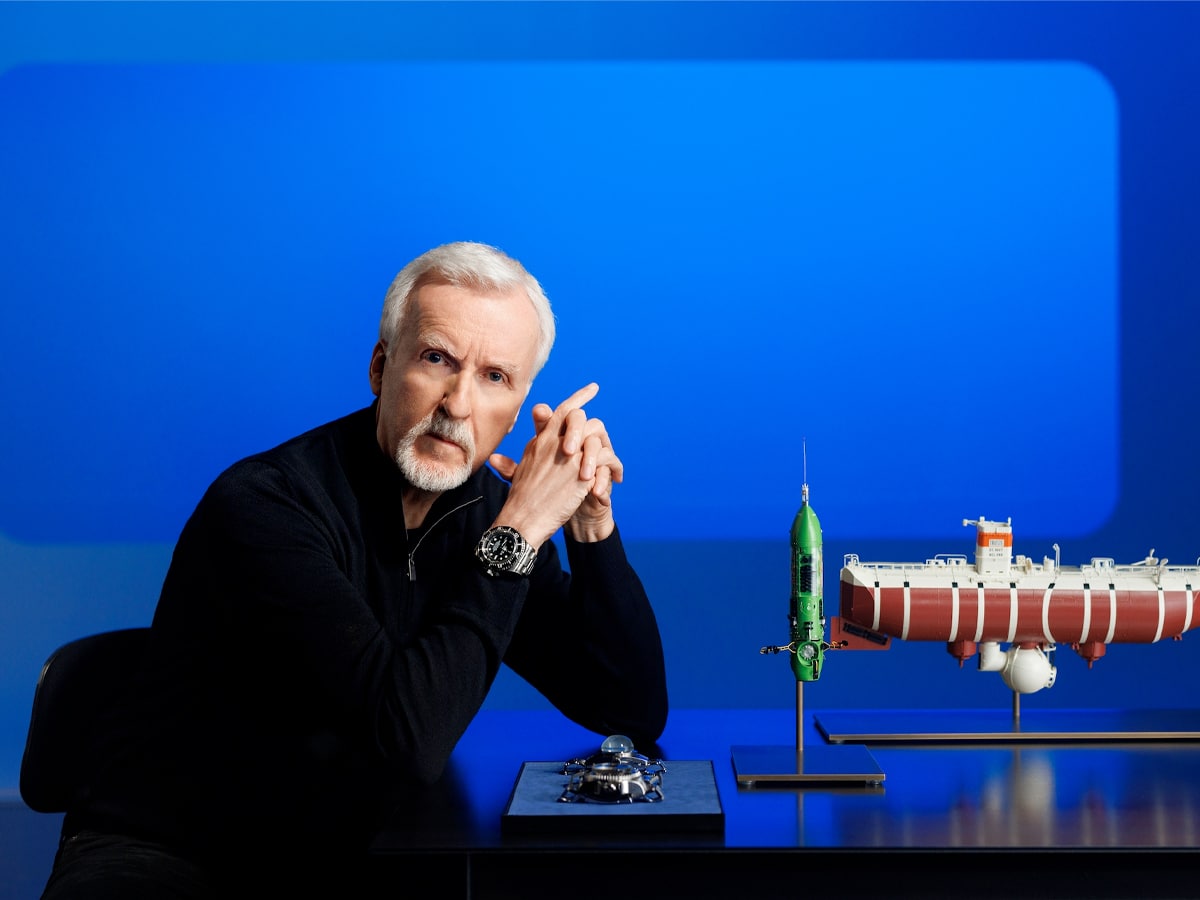 While fans have been yearning for a titanium Rolex for some time, the new Deepsea Challenge arrives via an interesting vessel. The new watch is inspired by the experimental timepiece that was attached to the manipulator arm of filmmaker James Cameron’s submersible, which accompanied him on his historic 10,908-metre descent into the Mariana Trench back in 2012. The unique journey laid the foundations for Rolex’s next great endeavour and spurred the watchmaker to take a bold new direction – straight down.

Guaranteed waterproof to 11,000 metres, the new titanium watch is among the most durable timepieces on earth, arriving with a helium escape valve and Ringlock system for professional divers. Most notably, however, it’s a big boy. At 50mm, the new Deepsea Challenge casts an imposing figure on the wrist, however, the use of grade 5 titanium alloy selected by Rolex, otherwise known as RLX titanium, has kept the weight impressively low – a good 30 per cent lighter than Cameron’s experimental 2012 edition. 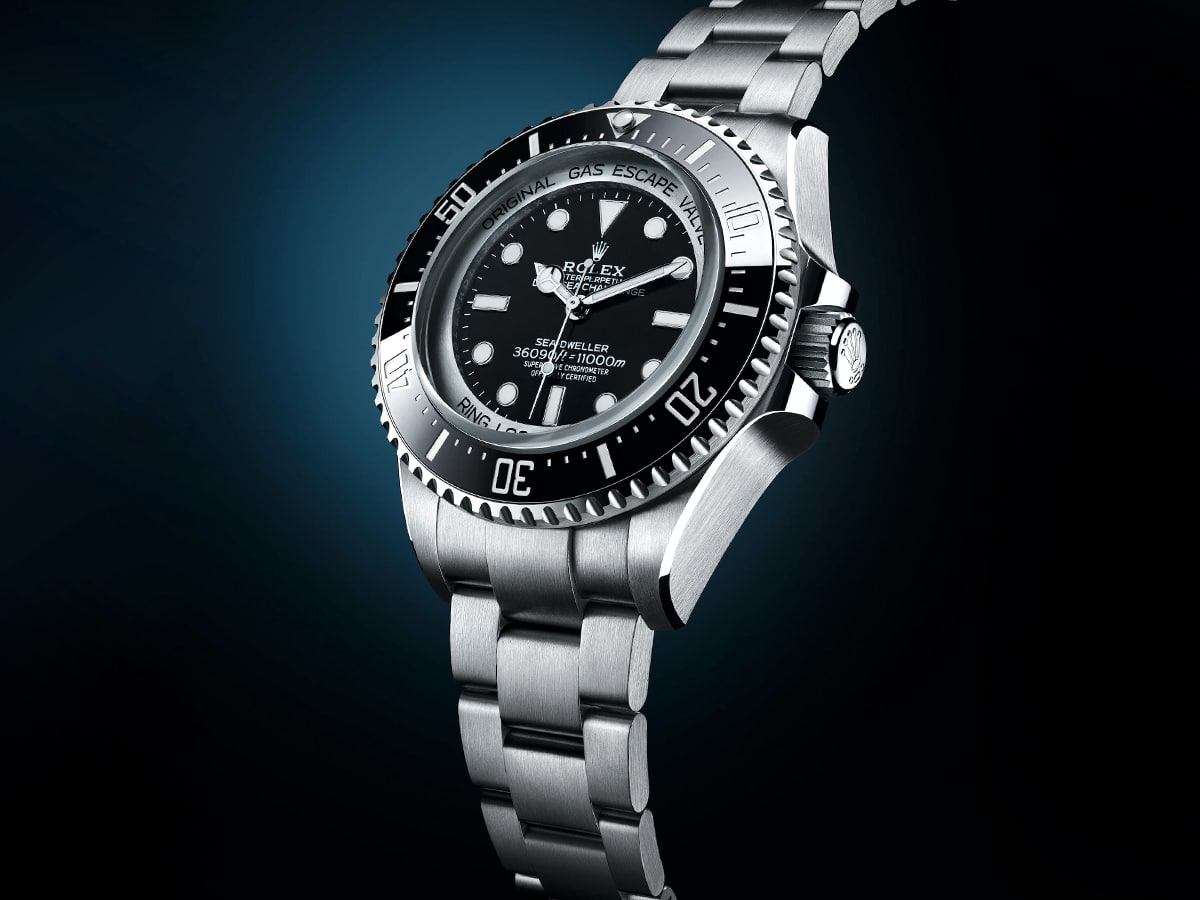 On the outside, the new watch does look eerily similar to Rolex’s already-established Sea-Dweller Deepsea, however, this model takes almost every element to the extreme. According to the brand, a number of components, including the crystal, were slimmed down while the bracelet extension systems – Rolex Glidelock and the Fliplock extension link – allow the watch to be worn over a diving suit up to 7 mm thick.

When submerged, the new Deepsea Challenge holds its own. While the brand has become synonymous with high-roller desk jockeys and finance bros, Rolex hasn’t lost sight of what makes it a horological force to be reckoned with. The new piece utilises the Ringlock system, a patented case architecture that enables the watch to withstand extreme pressure, along with a helium escape valve, Triplock crown with three sealed zones; and the Chromalight display for enhanced legibility. Remarkably, Rolex actually created, in partnership with Comex (Compagnie Maritime d’Expertises), an ultra-high-pressure tank capable of reproducing a test pressure equivalent to that exerted by water at a depth of 13,750 metres to test the waterproofness of each Deepsea Challenge. 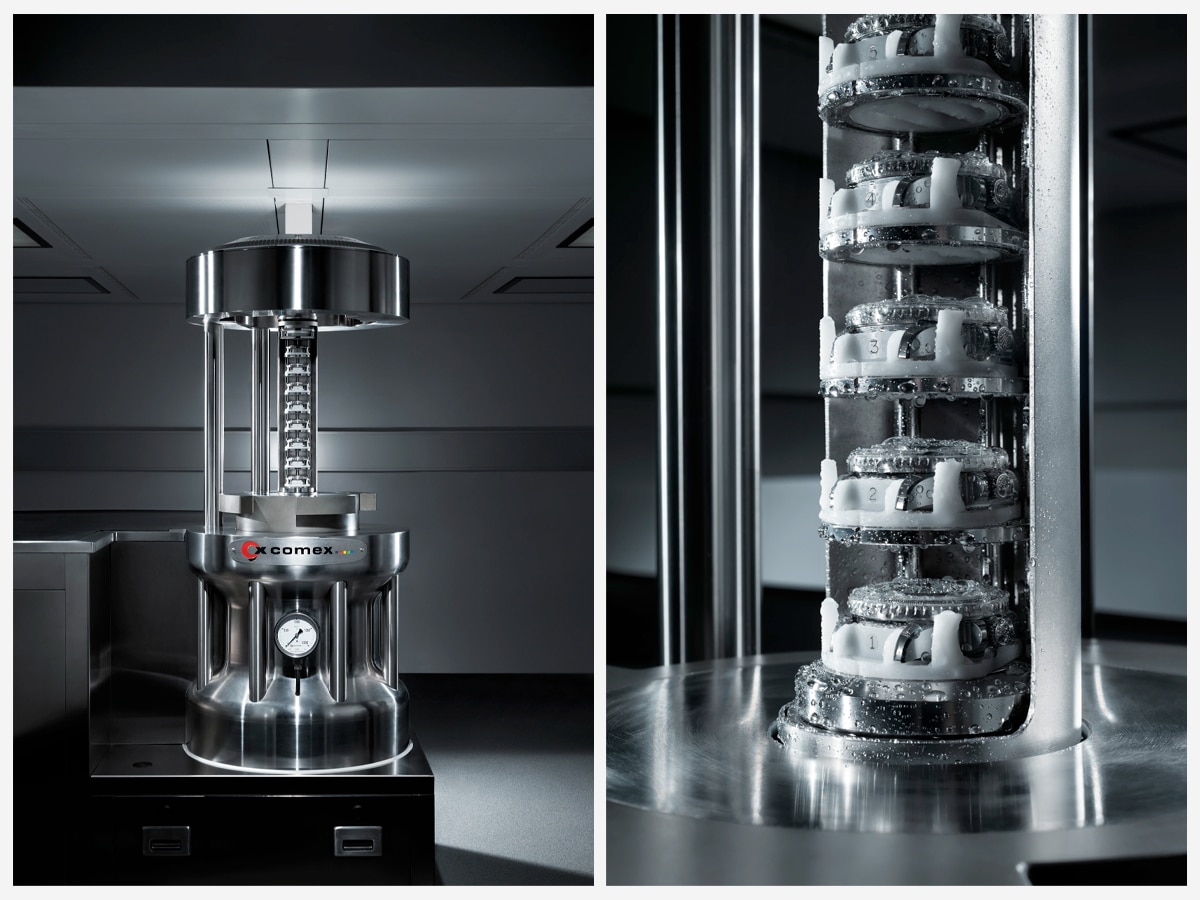 The ultra-high-pressure tank developed in partnership with Comex to test the waterproofness of the Oyster Perpetual Deepsea Challenge | Image: Rolex/Fred Merz

Inside the iconic Oyster case, the piece exudes the same stunning exploration of craftsmanship we’ve come to expect from the Geneva-based legend. The new Deepsea Challenge is powered by the calibre 3230 movement, a self-winding in-house special. According to Rolex, this movement contains a number of patented components, including a Chronergy escapement and the Parachrom hairspring, insensitive to magnetic fields, as well as Paraflex shock absorbers.

Closing up the caseback and flipping it over, you’ll find a fitting nod to the deep sea explorers of old. The Challenge is engraved with the words “Mariana Trench” as well as the dates “23-01-1960” and “26-03-2012” on the case back, in tribute to oceanographer Jacques Piccard and U.S. Navy Lieutenant Don Walsh’s venture aboard the Trieste in 1960, and James Cameron’s solo descent in DEEPSEA CHALLENGER, in 2012. As far as innovations go, the latest development makes total sense. The use of titanium feels like a fitting update to the iconic line, referencing Rolex’s past as an adventure watch specialist and leaning heavily into the prospect of ‘tool watches’, which was a key pillar in the brand’s 20th-century endeavours. That being said, it doesn’t exactly come out of the blue.

Speculation surrounding the titanium release began circulating last year when a few eagle-eyed social media users spotted a unique one-of-a-kind titanium Rolex 42mm Yacht-Master on the wrist of ambassador and Olympic sailing champion Sir Ben Ainslie. Despite Ainslie wearing the watch for well over a year, the piece had managed to evade fans, however, when Instagram users saw that the Yacht-Master’s date window had been removed and the outer casing featured a more matte finish, an internet investigation ensued.

Rolex didn’t immediately respond to the questioning, which led many to believe that it was working on a new line of titanium pieces, with Ainslie’s simply serving as the prototype. Months down the track, it appears that speculation was correct, albeit not in the form of a Yacht-Master and not specifically tailored to sailing. Sure, Rolex is a little late to the titanium party, but it’s a welcome addition to the already much-revered portfolio and an interesting development that is certain to send shockwaves through the industry. Bring it on. 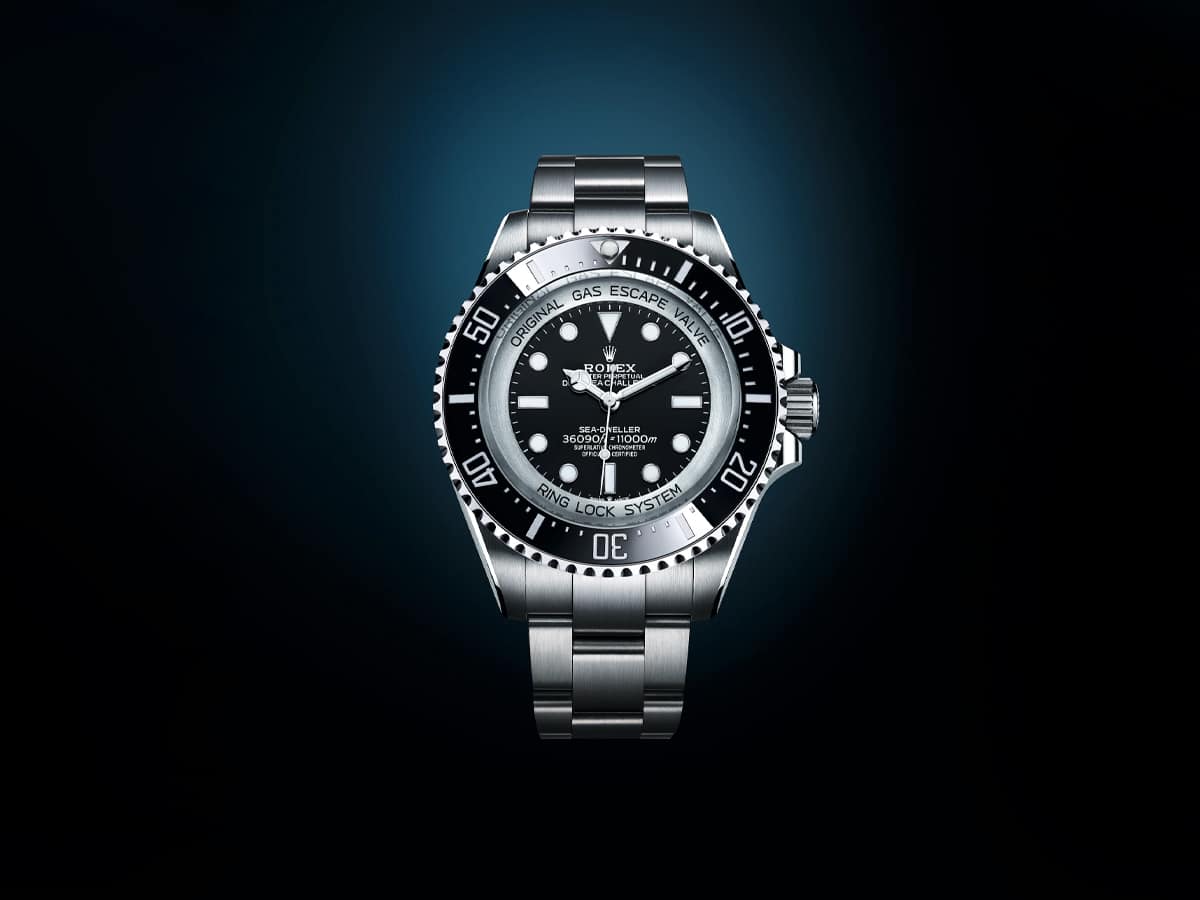 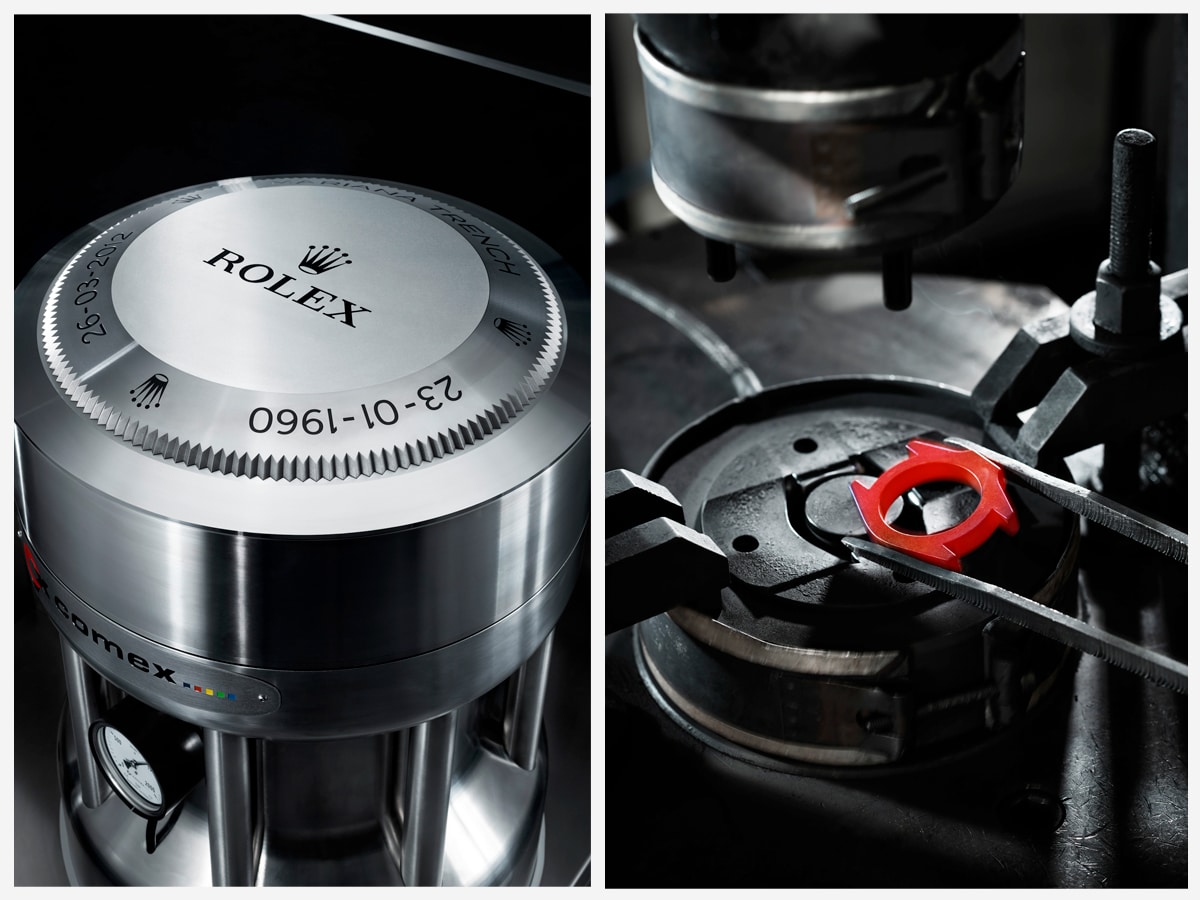 The ultra-high-pressure tank developed in partnership with Comex to test the waterproofness of the Oyster Perpetual Deepsea Challenge | Image: Rolex/Fred Merz 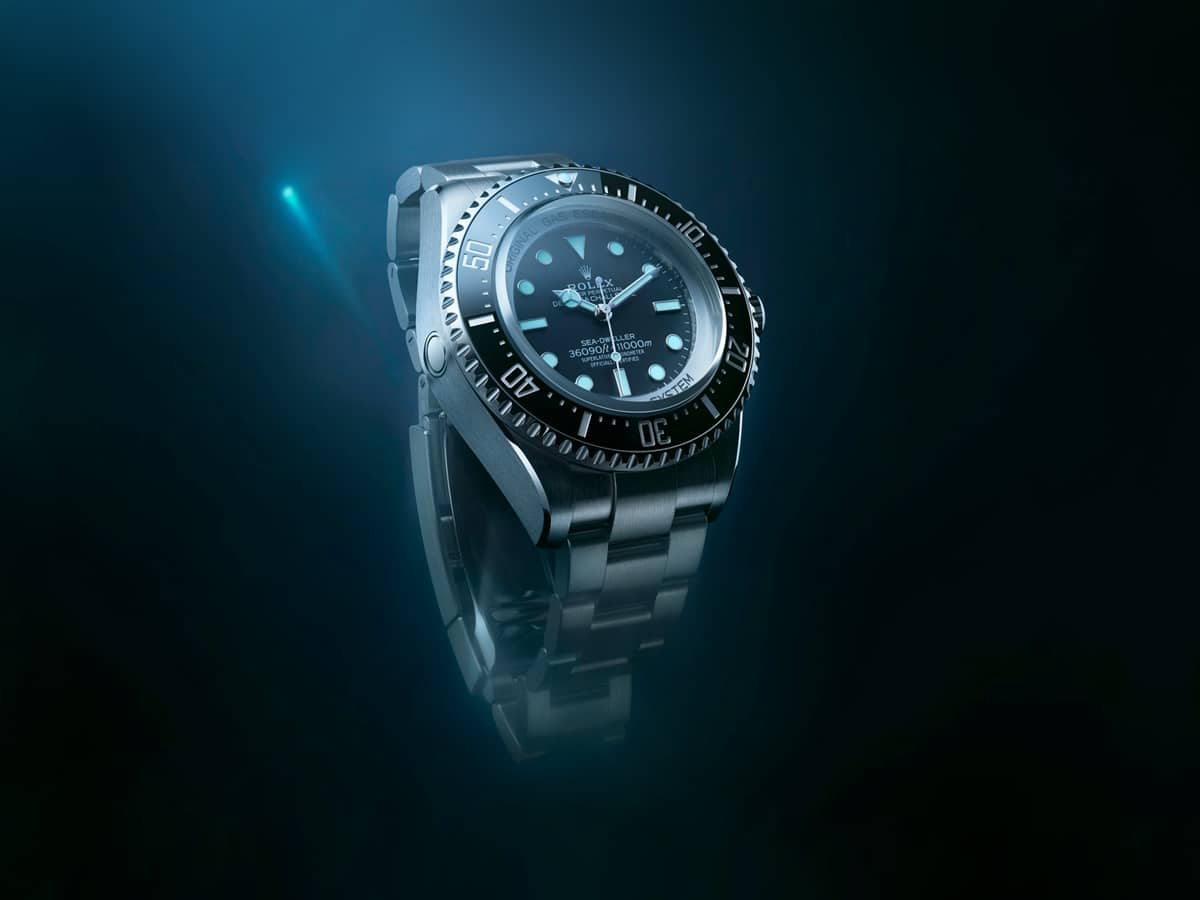 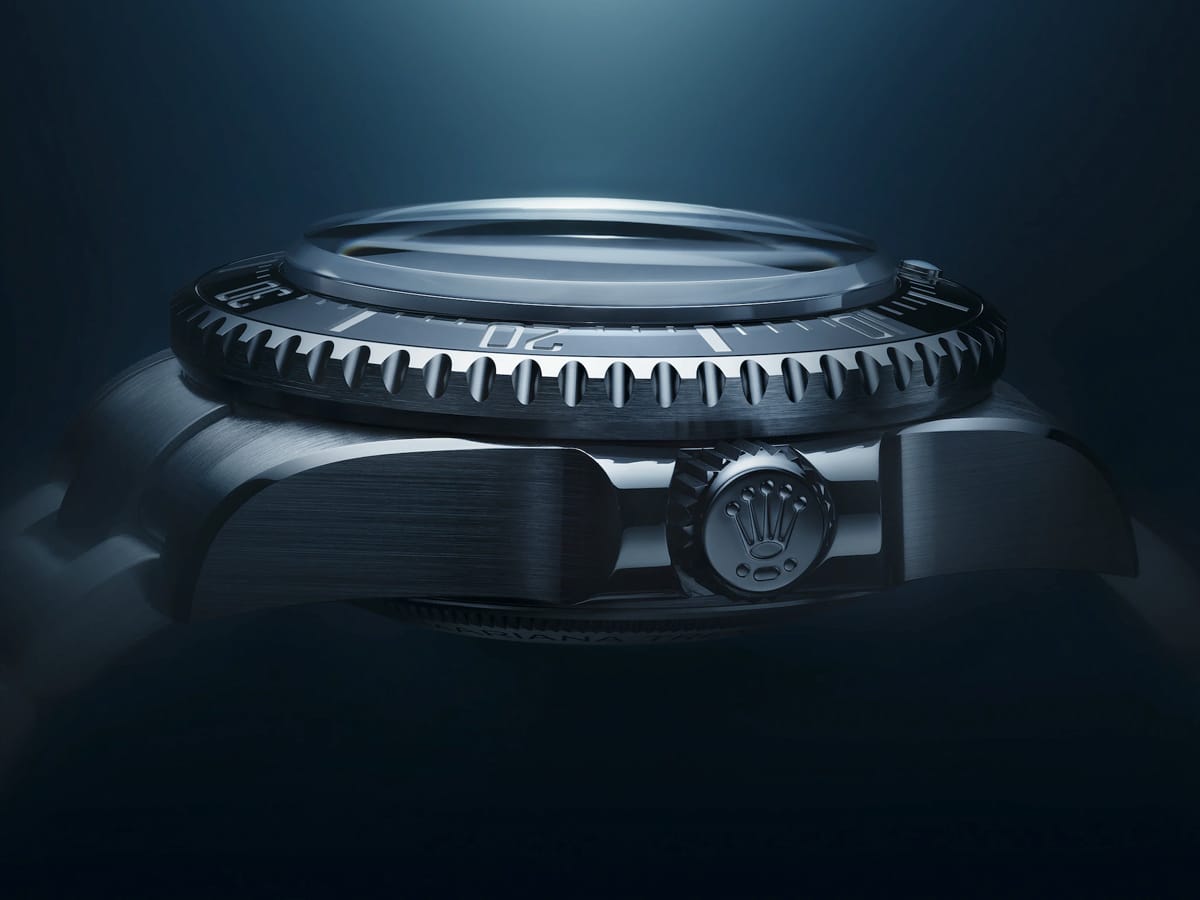 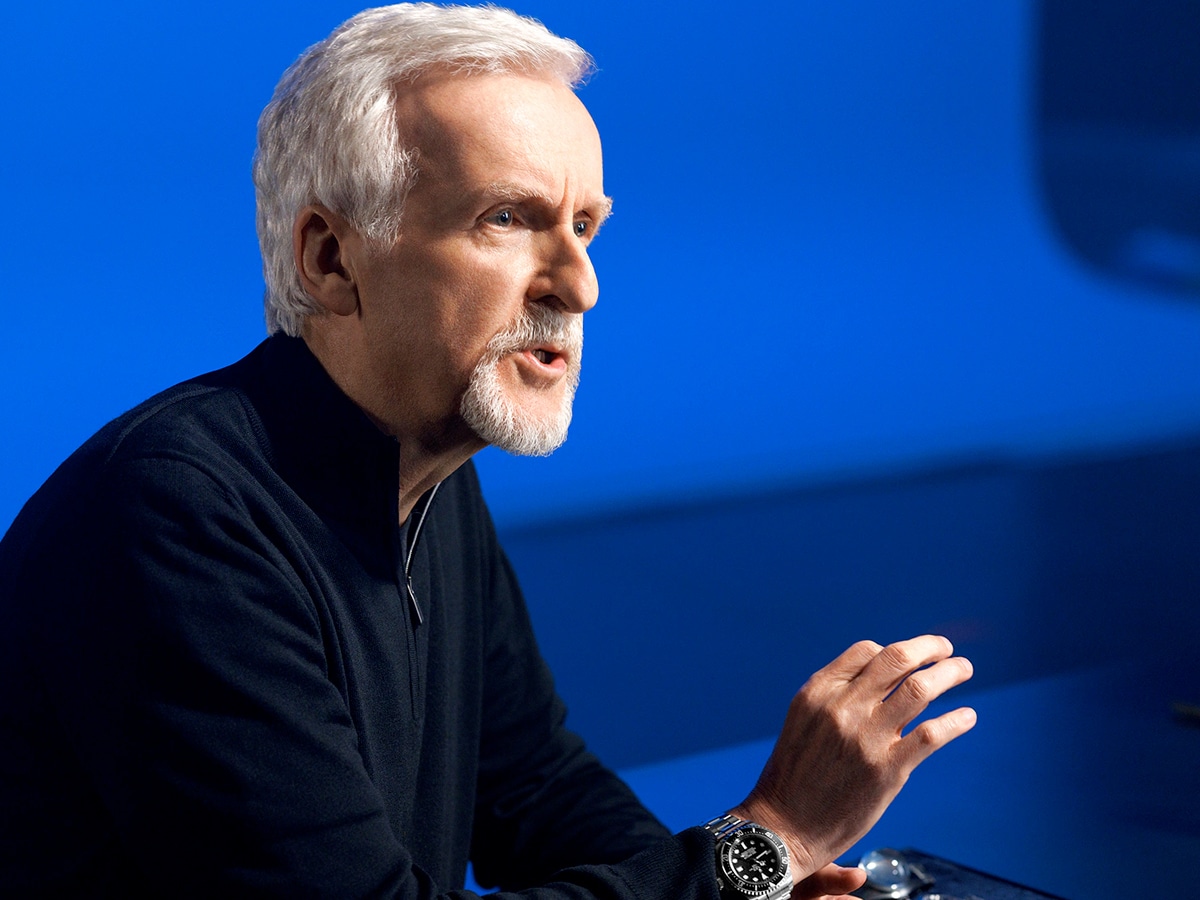 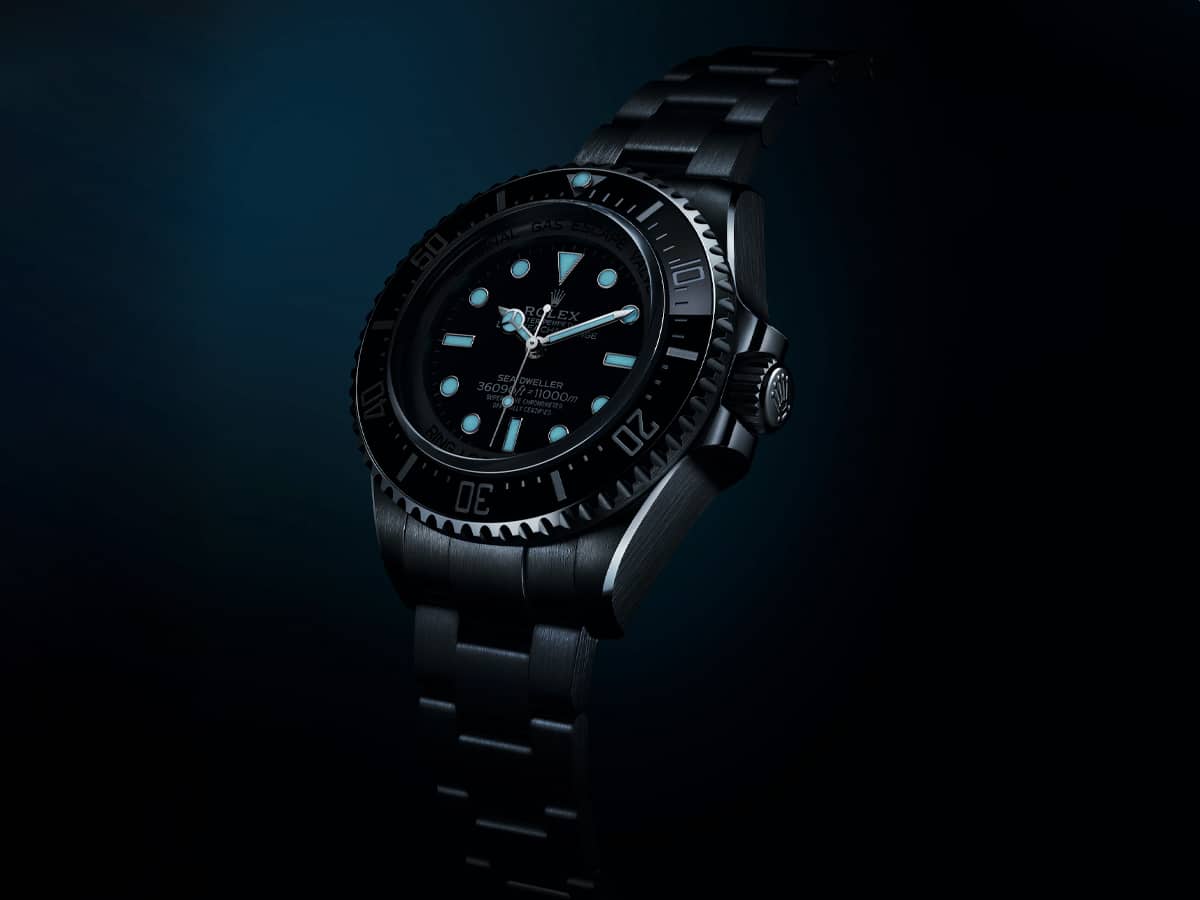 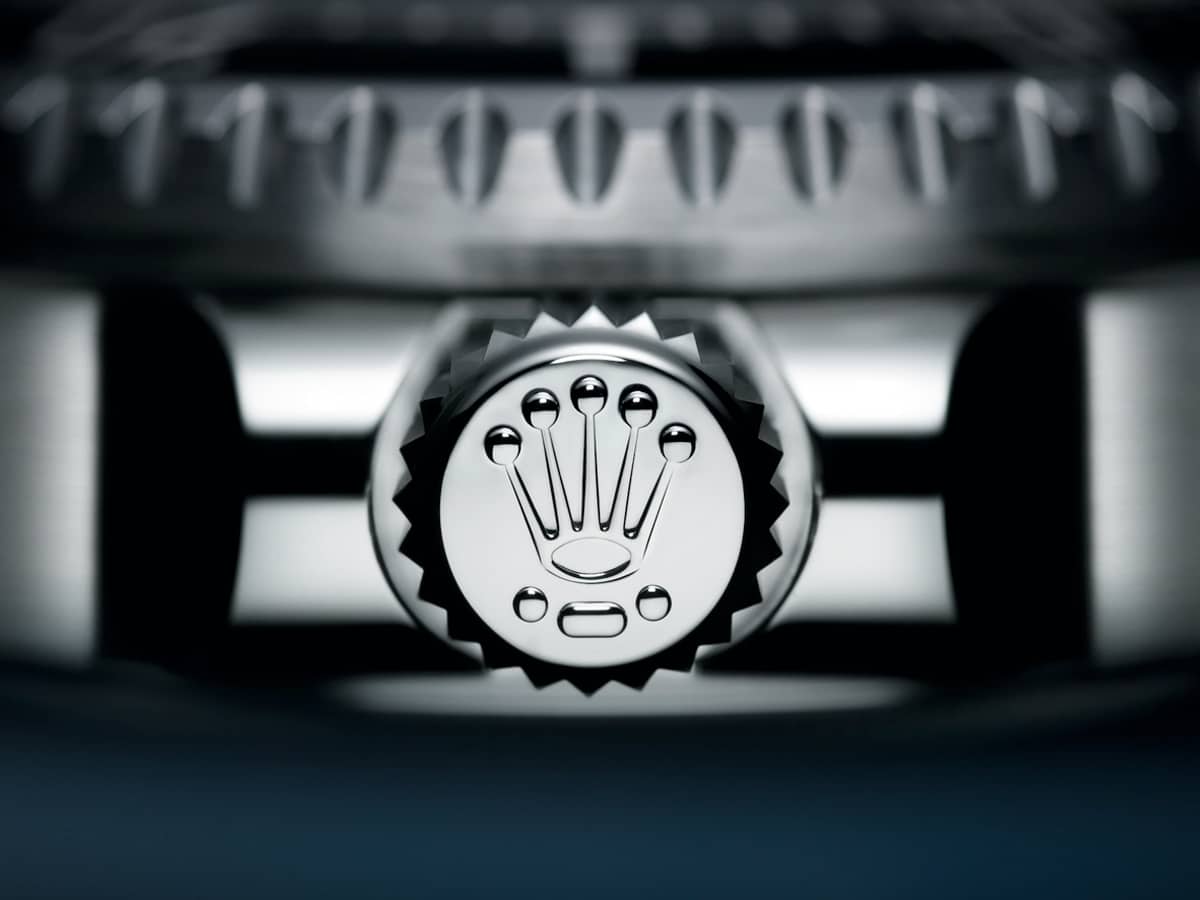 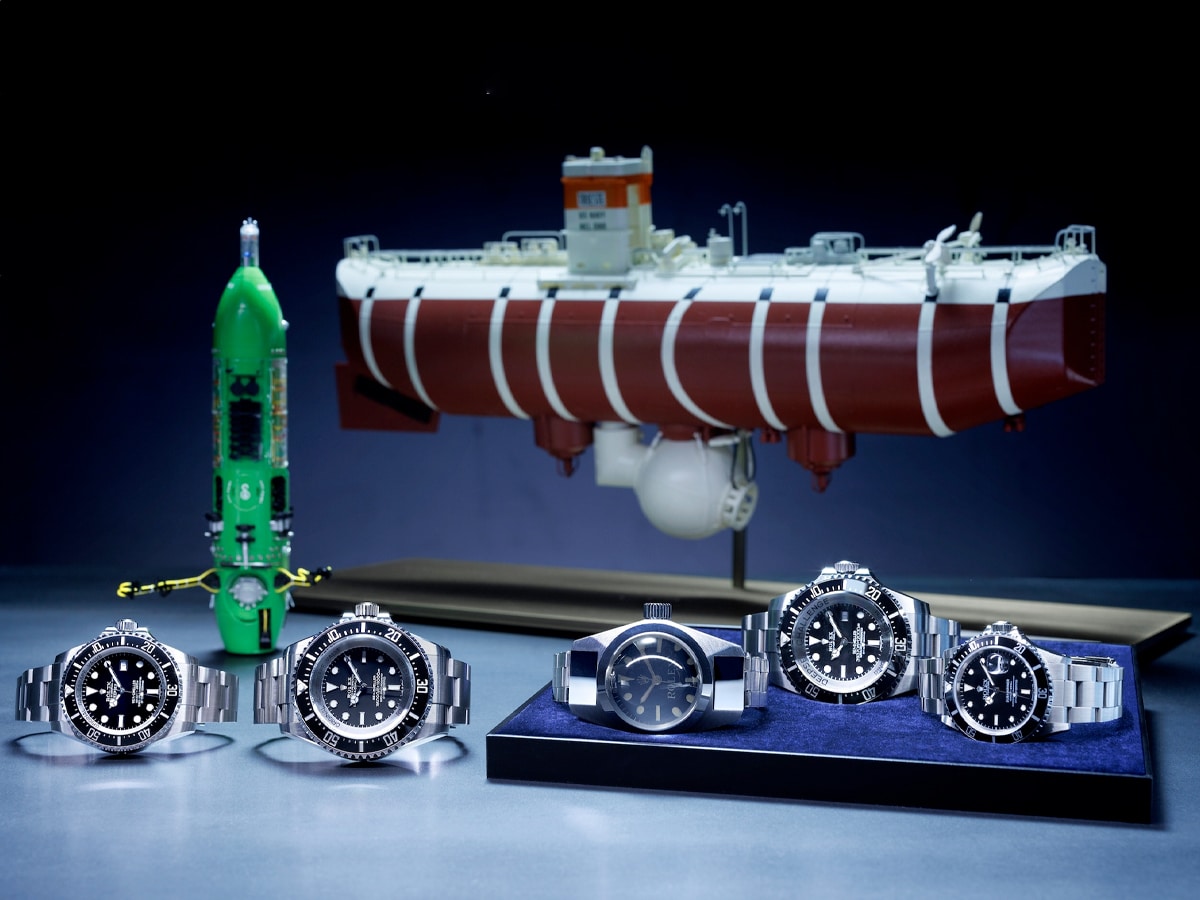 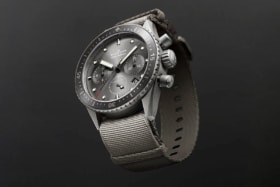 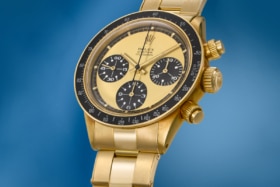