Single malt Scotch whisky is one of the fastest growing categories not just in the world of whisky, but in the entire booze industry. From discerning drinkers becoming better at knowing how they like their whisky tasting, to collectors forking out exorbitant figures to get their hands on coveted rarities, single malt Scotch whisky, though ancient in its roots, has become a phenomenally successful product in the past decade.

The Scottish have given the world some of the most famous and groundbreaking inventions (roads, canals, the bicycle, the telephone, the US Navy… the entire list is absurdly comprehensive) not to mention Sean Connery, though the invention of whisky is often wrongly attributed to their innovative nation. Whisk(e)y as we know it now was first distilled in Ireland, though it wasn’t long before the Scots got their hands on the recipe and did what they do best (including removing the “e”).

Single malt Scotch whisky is, arguably, the most famous and preferred style of dram in the world of whisky. Though other categories have enjoyed improved market share, the single malt Scotch whisky category is growing exponentially, and is still king of whisky mountain, if you will. Here, we’re going to break down everything there is to know about the elusive spirit.

It was a long road from the grain to The Glenlivet. Without taking hours of your life, Scotch whisky evolved from a drink called uisge beatha (don’t try to pronounce it, it’s Gaelic–you might hurt your voicebox), which means “water of life” (not dissimilar to France’s eaux de vie). Though spirits had been distilled in Europe for some time, and more rudimentary alcohol to some extent, in northern Africa, before that, whisky was a different beast. Scottish whisky found early popularity with thanks to King Henry VII, who, in 1495, gifted eight bolls (that’s a lot) of malt to one Friar John Cor, to distil around 1,500 bottles of uisge beatha.

This is the first recorded mention of the good stuff in the history books (The Exchequer Rolls of Scotland to be precise), but we can assume that if he was capable of making 1,500 bottles of the stuff, ol’ mate John Cor already had distillation down to a fine art, as, likely, did his forebears, and many others.

When the UK Parliament, in 1823, introduced a new way of taxing whisky, however, (legal) production doubled overnight. Eight years later, the first column still was born, which improved both quality and output for grain whisky, which opened the door to large-scale blending. Though here we’re focusing on Single Malts, the proliferation of blended Scotch was one reason the Scottish spirit enjoyed widespread popularity–this was arguably the start of Scotch whisky as we know it today. 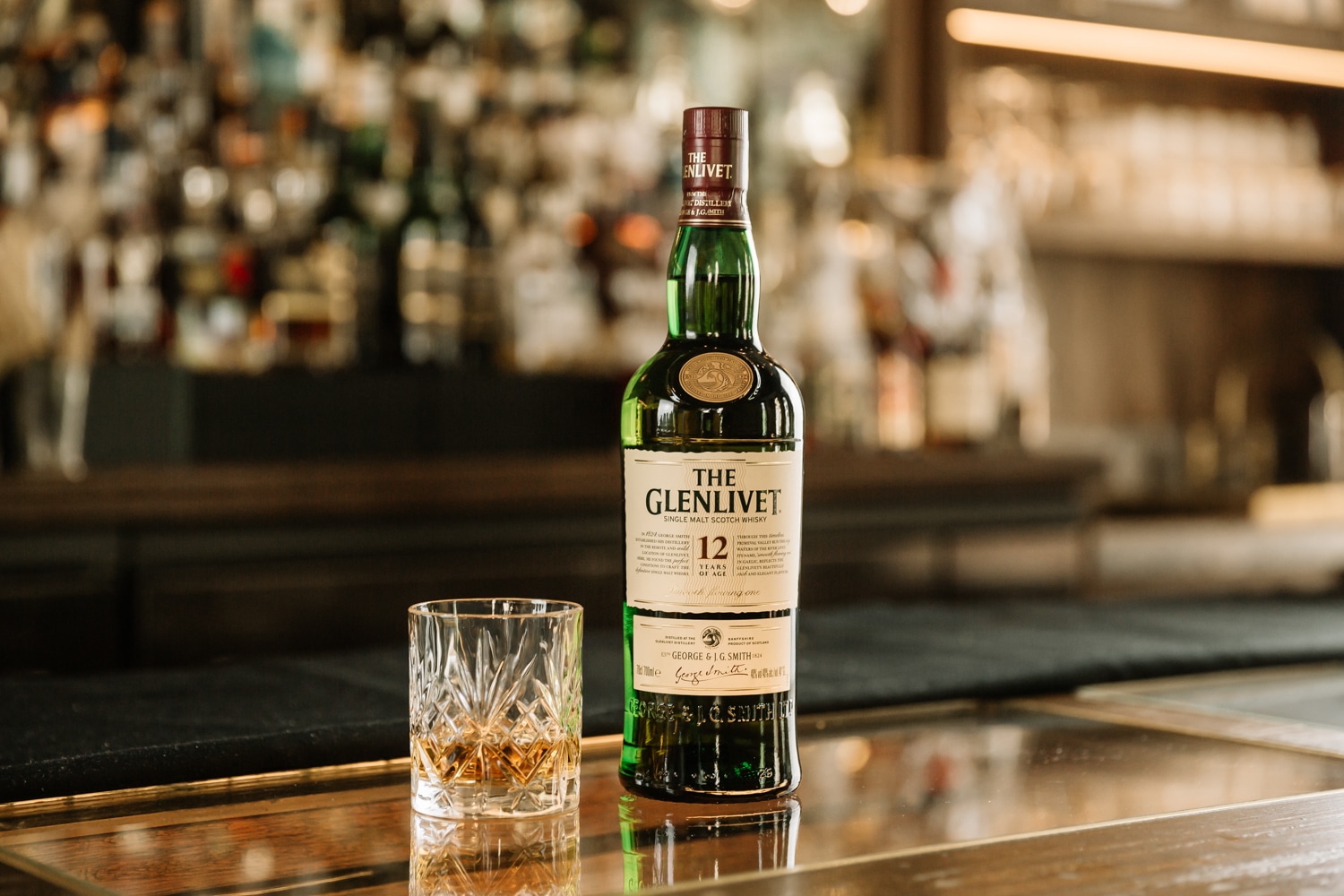 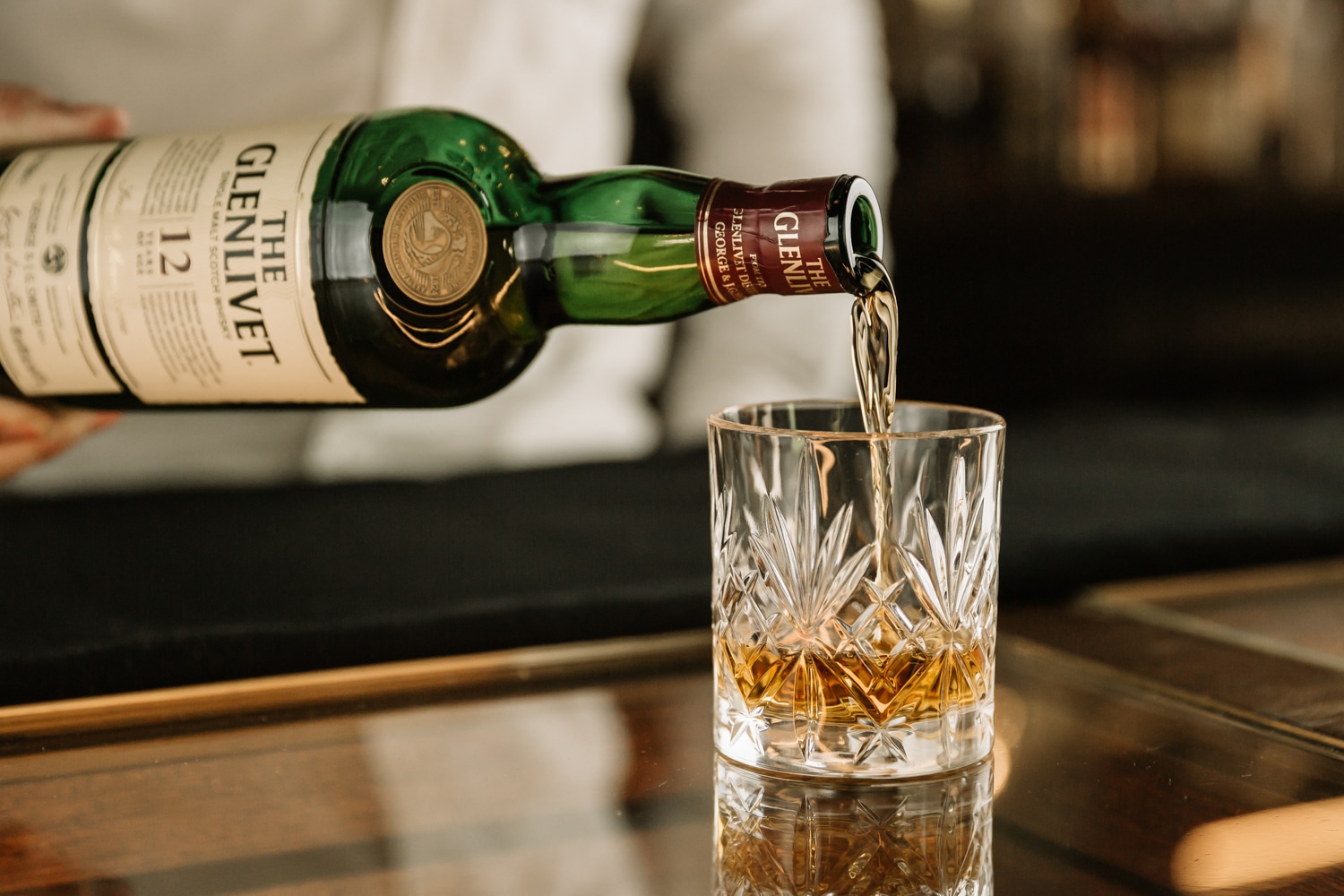 How Scotch Whisky is Made

The very basic recipe calls for barley or grain, yeast, and Scottish water. Seeing as this article is about single malt Scotch whisky, we’ll stick to that, as the others can get very confusing.

Malted barley is barley which has been allowed to germinate slightly, triggering enzymes, so that the starches may develop into sugar during the mashing process. This is then dried and ground into a coarse powder known as “grist”, before having hot water introduced to it: starting out at around sixty degrees and incrementally nearing boiling point. This dissolves the sugars, and is known as the mash.

After mashing, this liquid is now known as the “wort”, which is cooled, and yeast is added, which in turn starts to convert the sugars into alcohol. Congeners are also produced, which add flavour to the whisky. This “wash”, which is very similar to an unhopped beer, froths as carbon dioxide is produced–this lasts around two days, by which stage the wash is between six and eight per cent alcohol by volume (ABV).

This now goes into a copper pot still, the shape of which has a large impact on the flavour of the final product. Copper is preferred for its neutrality when in contact with alcohol. Heat is applied (enough to vapourise the alcohol, but not the water) and the vapour is run through the “swans neck”, where it condenses over coils filled with running cold water. The first run through the still produces a clear spirit at approximately twenty per cent ABV. The second run, which captures the “heart of the run”, that is, the pure, clean, centre part of the distillate, is over sixty per cent ABV. The “heads” (the first part that runs off the still) and the “tails” (the last) are recirculated into future batches, to ensure any of the remaining hearts can be extracted.

Once the new-make spirit has been distilled and the distiller is happy with the liquid, it gets placed in oak casks, primarily those previously used for bourbon or sherry, and left for a minimum of three years (though most whiskies with an age statement will age for significantly longer than this). Much of the liquid evaporates in this time (this is known as the “angel’s share”), while the flavours of the oak (and whatever was in it beforehand) slowly impart themselves upon the liquid in the cask.

Unless it is a single cask batch, or bottled at cask strength, the liquid that comes off the casks is then married to taste, and distilled water is added to the Scotch whisky, to achieve the desired ABV (this must be a minimum of forty per cent).

What is Single Malt Scotch Whisky?

The difference between a single malt and every other style of whisky is not so vast, yet the final product is celebrated with good reason. Single malts are those which have been made entirely from malted barley (no other grain content), and made within a single distillery. Different ages of whisky can be used in the final package, but the youngest whisky is the one which must be displayed on the label (it is not uncommon for, say, a twelve-year-old expression to have a small amount of older whiskies added to give colour, richness and texture).

Another big difference that comes with a beautifully aged single malt Scotch whisky is the naturally rich colour. While it can vary between straw, golden hues to rich woody brown and even ruby red as the light passes through it, single malt whisky seldom displays one colour which is common in blends: yellow.

In a word: yes. But regionality of single malt whiskies is more a matter of personal preference than anything else. While certain regions have slightly different practices in terms of production (for example, the burning of peat on Islay will produce a smokier whisky), the essential recipe for whisky is used unanimously across the different regions of Scotland.

The four main regions for Scottish single malt whisky are: Islay, Highland, Lowland, and, the most popular, Speyside. Another, Campbelltown, once housed over thirty distilleries, but now has only three in operation.

While the Highlands can boast being the largest both in terms of geography and output, Speyside houses the largest number of producers, including some of the most beloved and recognisable names in the industry, including The Glenlivet.

There are also the Islands, which are usually considered part of the Highlands, but are not attached to the mainland: Arran, Jura, Mull, Orkney and Skye, which each have minimal output.

Like wine, regionality will affect the final product in terms of terroir, which is reflected in the water used, barley harvested and malting process, however the production methods remain fundamentally identical between distilleries (much like Champagne, Scotch whisky is a highly regulated product to produce, with many legislative controls ensuring quality and consistency).

The simplest rule is: as you like it. While purists will turn their nose up at the slightest encroachment on their precious spirit, most sensible connoisseurs or bartenders will proffer that if you’re paying for it, you can have it however you like. While a whisky and coke will seldom be improved with a more expensive dram such as a single malt, however, there are ways to taste a beautiful premium spirit that you should definitely try out before adding your favourite mixer.

Firstly, a tasting glass, or “Glencairn” glass, is the best way to get amongst the delicious aromas and flavours that you’ll find in a single malt from Scotland. Start by checking it is clean and free of any other scents (dishcloths are notorious for leaving a faint whiff of detergent)–the best way to do this is to pour a small amount of whisky into the glass, swirl it around and then pour it out. The importance of using a tasting glass (aka tulip) comes down to its unique shape, whereby it focuses the delicate aromas of the contents toward the nose, unlike a rocks glass.

Pour your whisky into the glass and bring it to your nose. It’s incredibly important to smell the whisky with your mouth open (this will bring more fresh air into your olfactory and help to overcome the “hot” smell of the booze). If it is a particularly strong whisky (i.e. it has a cask-strength ABV), you may want to add a few drops of water, or let the more volatile elements breathe for a few minutes, though it’s always a good idea to try it as is first, before meddling with it.

Whisky is always best tasted around thirty-five per cent ABV, so a teaspoon of water will make a huge difference in helping to open up some of the richer, oiler flavours in the glass, as well as display some of the more fruit-driven characteristics.

Hailing from bonnie Speyside, The Glenlivet 12 Year Old is one of Australia’s, nay, the world’s best loved whiskies, though it’s been on a mysterious hiatus for a short time..

Luckily for whisky imbibers the world over, this delicious single malt is back on the shelves after its brief holiday (and absence makes the heart grow fonder, right?) The distillery had previously released Founder’s Reserve, an equally delicious but distinctly different no-age-statement whisky, to keep the masses satisfied in the meantime, and while nobody grabbed a torch and pitchfork, it was clear that savvy drinkers wanted their favourite twelve year old single malt back on offer.

Now, The Glenlivet 12 Year Old, is back to its original (fine) form.

A nose that shows coffee, caramel, vanilla and stone fruits opens up to one of the most balanced front palates of any twelve year old single malt you’ll likely find. Rich, slightly oily, and with a pleasant sweetness, the mid-palate is just the right amount of chewy, and complements the classic Glenlivet balance between fruity and creamy, with a clean finish that won’t leave you wanting anything other than another glass.