One small step for man, one giant leap for Dubai’s ever-increasing tourism sector. The City of Gold has recently announced it’s building a USD$5 billion (AU$7 billion) moon-shaped luxury resort –  because, of course they are. The new project, designed by Canadian architectural company Moon World Resorts Inc., will be a 735-foot-high complex that will add some celestial glamour to the already dazzling city. However, Moon Dubai plans to be much more than the latest playground for astronomy-loving millionaires.

The out-of-this-world destination resort will offer a 10-acre lunar colony for guests and have 300 residential Sky Villas up for sale. The property also boasts a private club, spa, events centre, a ‘moon shuttle’ and training hub for space agencies. The mega-project, expected to open its doors by 2027, estimates it’ll bring in 2.5 million guests annually. While its design is enough to have travellers flocking in the masses, the ‘lunar colony’ aims to provide enthusiasts with a space tourism experience from the comfort of earth.

The architectural firm believes that Moon Dubai will bolster the emirate’s economy in sectors such as hospitality, entertainment, attractions, education, technology, the environment and space tourism. Michael R. Henderson, co-founder of Moon World Resorts,’ shared, “Moon Dubai will be the largest and most successful modern-day tourism project within the entire MENA region, doubling annual tourism visitations to Dubai based on its global appeal, brand awareness, and unique multiple integrated offerings. It can comfortably accommodate 10 million annual visitors.”

Featuring nearly identical qualities to the Dubai project, Moon Resort in Las Vegas will also be a USD$5 billion mega-replica of the moon featuring a luxury hotel, casino, concert hall and multiple lounges. Built with 46,452 square meters of convention space, a nightclub and luxury suites to cater to 10 million guests, they will also offer 90-minute excursions to Moon’s lunar surface and include exploration of its active lunar colony. 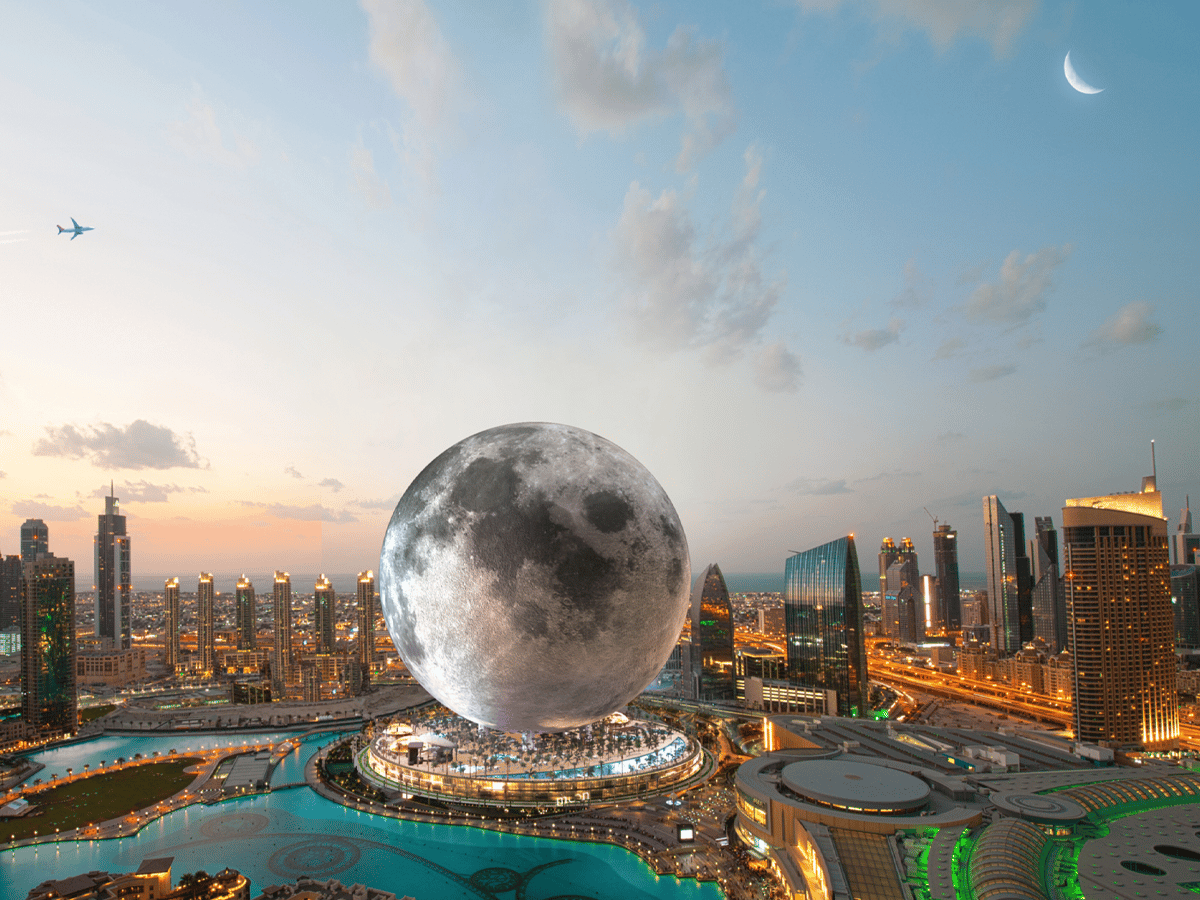