We’re fortunate enough to test numerous cars here at Man of Many. While most are in isolation, every now and then, a manufacturer will open up their garage and allow us to pin two variations of the same model against each other to get a feel for the more nuanced disparities. Over the past two weeks, we’ve been testing two versions of Aston Martin‘s iconic ”Vantage” (tough gig, we know), the beautiful ”Roadster”, and the sporty ”F1”, in what might just be our most enjoyable comparison to date.

In one corner, we have the convertible version of the exquisite V8-powered coupe many have grown to love; in the other, a performance-focused iteration celebrating Aston Martin’s return to Formula 1. So, while not all of us might not wake up each morning with this selection headache, it’s undoubtedly one that many aspire to have in the future.

While the two cars certainly boast some similarities, on the outside, there is a stark difference. Just looking at the Aston martin Roadster against its F1 Edition counterpart, you not the sleek and modern racing components, but we found that despite the high-tech approach, it might have been for the better.

Like the coupe first released in 2018, the Roadster hinges its appeal on muscular minimalism. The aluminium body panels wrap tastefully around that two-seat cockpit, with some modern LED lighting framing the silhouette nicely. The clamshell bonnet has some muted aggression through sculpting, while the grills are slightly more provocative.

Obviously, the party piece of the Roadster is its fabric soft-top. The new z-folding roof has the fastest operating cycle of any automatic convertible, meaning it can be fully lowered in 6.7 seconds or raised in 6.8. Weight has increased by just 60kg over the coupe thanks to some lightweight body and chassis revisions, and we think the car’s profile is far more striking with the roof down.

Inside the cabin, everything looks distinctly Aston Martin. The predominantly leather interior is bordered by fine stitching as far as the eye can see, with an overall theme that flirts between sport and luxury. We’d say there are probably too many buttons compared to the minimalistic exterior, and the omission of Apple CarPlay seems bizarre given the price. 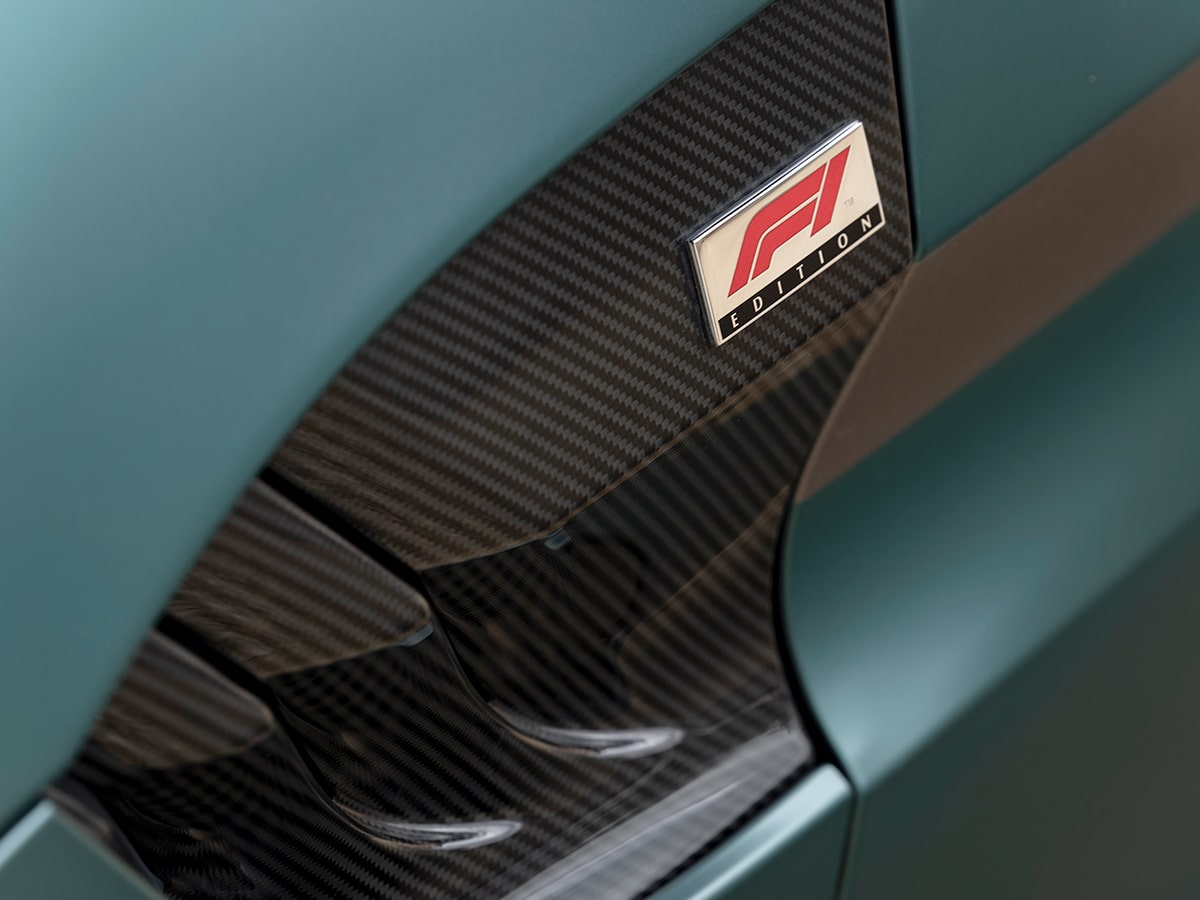 With Aston Martin celebrating their return to Formula 1 for the first time in over 60 years (also supplying the new safety car in the process), the styling of the ‘F1 Edition’ was always going to be a little racy. Aerodynamic upgrades include a full-width front splitter, front dive planes, underbody turning vanes, and controversially, a new rear wing. These new additions work in tandem with the pre-existing rear diffuser, creating over 200kg of extra downforce at top speed (314 km/h).

On top of these pieces of aero the F1 Edition also sports carbon fibre exterior detailing, distinctive graphics, quad exhausts, and (for the first time on an Aston Martin) 21″ satin black, diamond-turned wheels. The kit, as tested, featured the fascinating Aston Martin racing green in satin finish, and we say if you’re going hard with an F1 Edition, you may as well select this paint, especially as it’s a no-cost option.

Inside the cockpit (yep, you guessed it), Aston hasn’t held back with the race-inspired, textured leather. The interior layout is essentially identical to the other Vantage models, but everything gets a little less glossy. You get some official Formula 1 branding for some added track-day flex, but we think the optional first aid kit should separate the wheat from the chaff. 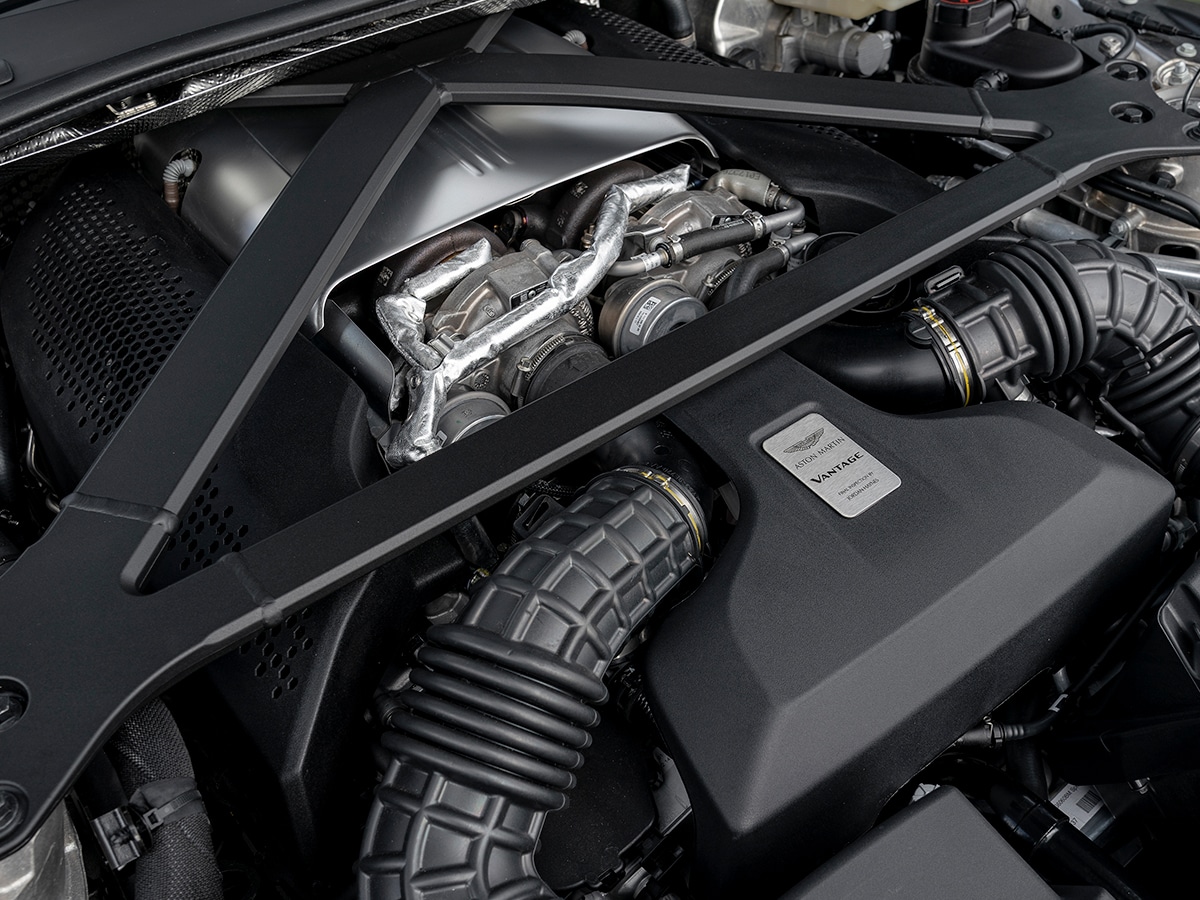 The engine lurking beneath that sculpted clamshell bonnet is the same AMG-derived 4.0 litre twin-turbo V8 in both models, but the F1 Edition gets some slight tuning. Specifications for both cars are as follows:

The critical difference lies in the tuning and gearbox. While the Roadster pumps out a hefty 375 kW (503 bhp), the F1 Edition goes a step further and extracts another 18 kW out of that throaty V8, totalling 393 kW (528 bhp). The 8-speed automatic transmission also receives some performance tweaks on the F1, with some torque cut optimisation that reduces shift times. However, the performance divide between the two doesn’t exactly resemble a cataclysm. 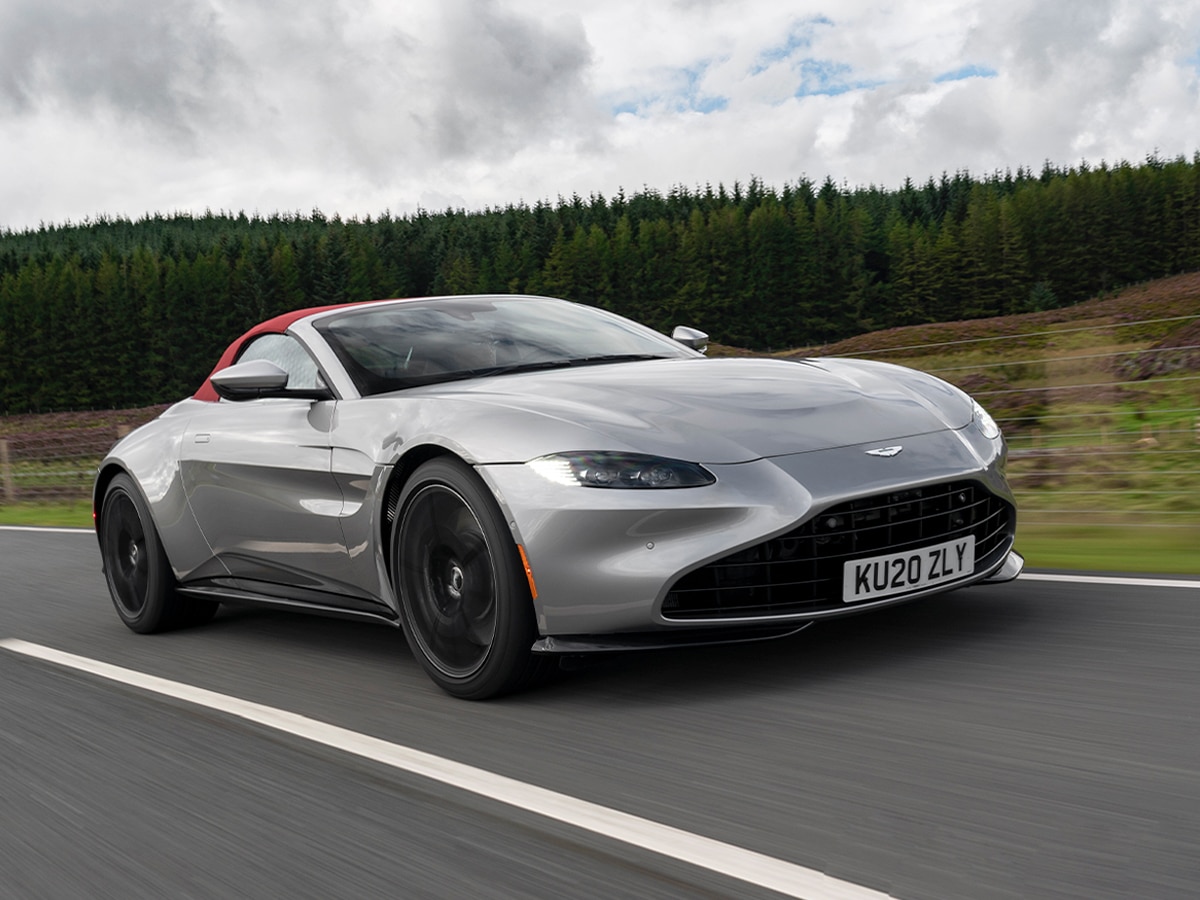 The driving position of the Roadster was lovely; with the ability to lower the seat height just above the chassis and that odd-shaped steering wheel well aligned, we couldn’t find too many ergonomic gripes with the Saville row spider.

Throughout the city, the softest setting on the adjustable dampers was beautifully balanced, and we loved the extra bit of theatre with the powertrain in sports plus. There’s a fascinating tug of war between the body’s beaut and the engine’s brut, which somehow seems to maintain cohesiveness within the overall Aston Martin ethos.

Once we were out of town and allowed to play a little, we could start to take stock of just how capable the package was. We found, at times, the sheer power of the 4.0 litre V8 meant that the lack of mechanical grip called upon some electronic assistance from the e-diff and torque vectoring to harness that grunt, and while gear changes were spritely, it wasn’t precisely Porsche PDK levels of precision.

You very quickly forget these minor shortcomings, however, as the Roadster charms you away from too much analysis. The package just clicks with the roof down, that engine spitting and snarling, and some picturesque landscape on the horizon. Hopping into the F1 Edition, things were surprisingly very familiar. The louder paint and exterior trim grabbed more attention when driving around the city, but the driving experience was almost identical. It wasn’t until we ventured out into the country that you could feel those performance tweaks manifesting in the driving experience.

The first recognisable upgrade was the fuelling and gear selection. Where the Roadster might snarl and hesitate slightly on changes, the F1 had clearly prioritised efficiency. Gears were selected noticeably sharper, engine response (particularly under deceleration) was more linear, and the overall powertrain seemed slightly refined.

When the corners got tighter, the chassis felt more capable also. The improved dampers felt slightly more sure-footed and, consequentially, improved turn-in confidence substantially. While the overall ride is narrowly stickier to us, it doesn’t align with the aerodynamic upgrades’ visual fanfare, and most people would probably only notice driving above 80% on a track. This then begs the question, with both cars floating around that mid-300k price mark, which do you choose? On the one hand, the Roadster’s convertible suits the car’s character and offers some refined versatility to the package. On the other hand, the F1 Edition is dripping in Formula 1 boy-racer charm and ignites the brand’s sophisticated silliness. In terms of reactions, the Roadster received more subtle nods and pursed lips, whereas the F1 Edition got kids pointing and adults lowering their bottom jaws.

As a road car, we think the Roadster has the edge for subtlety and versatility whilst capitalising on that magnificent noise bellowing out the car’s rear. The F1 Edition has a little more wow factor, but its looks shout at you more, and its bark is narrowly worse than its bite. This isn’t to downplay the F1’s performance by any means; it’s a monster, but when your design language screams ” track car “, competition from McLaren and Porsche (amongst others) starts to look very intimidating. 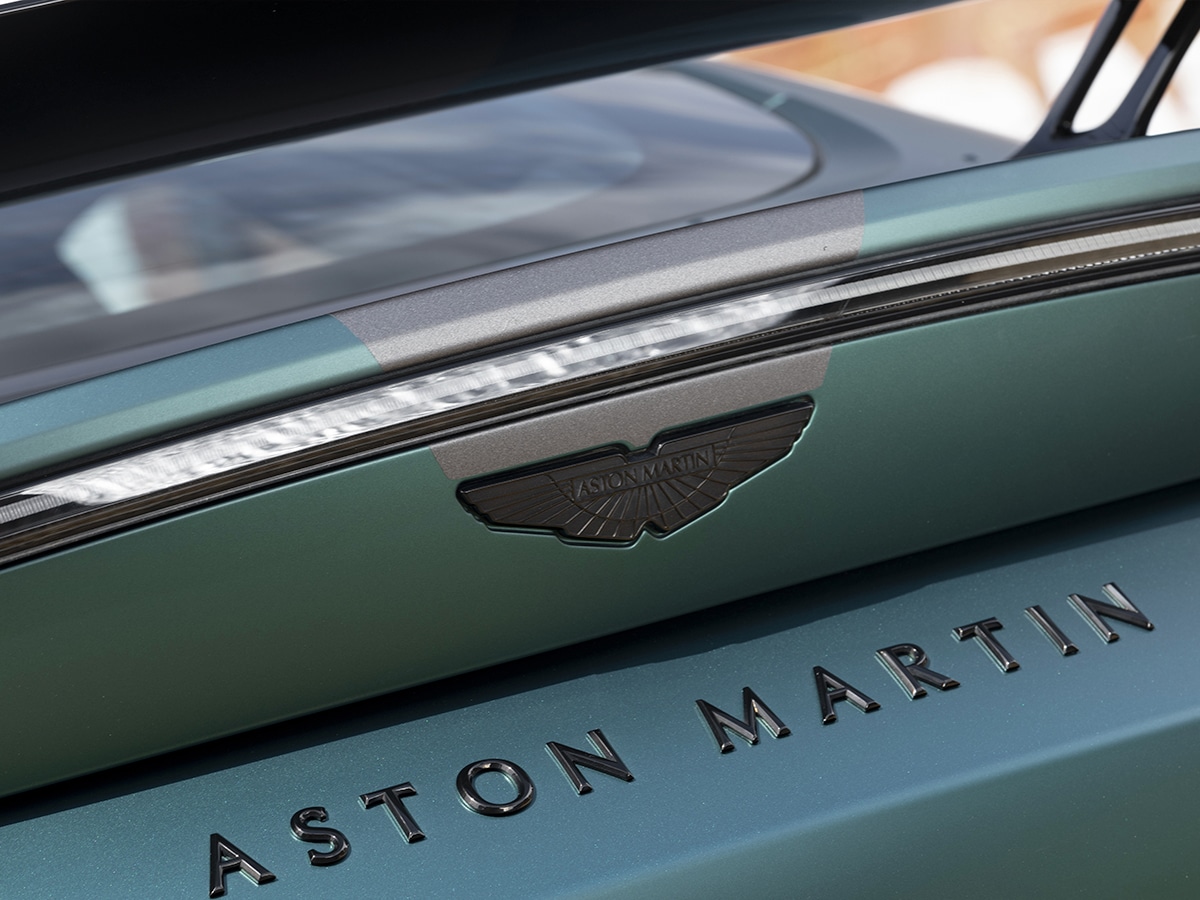 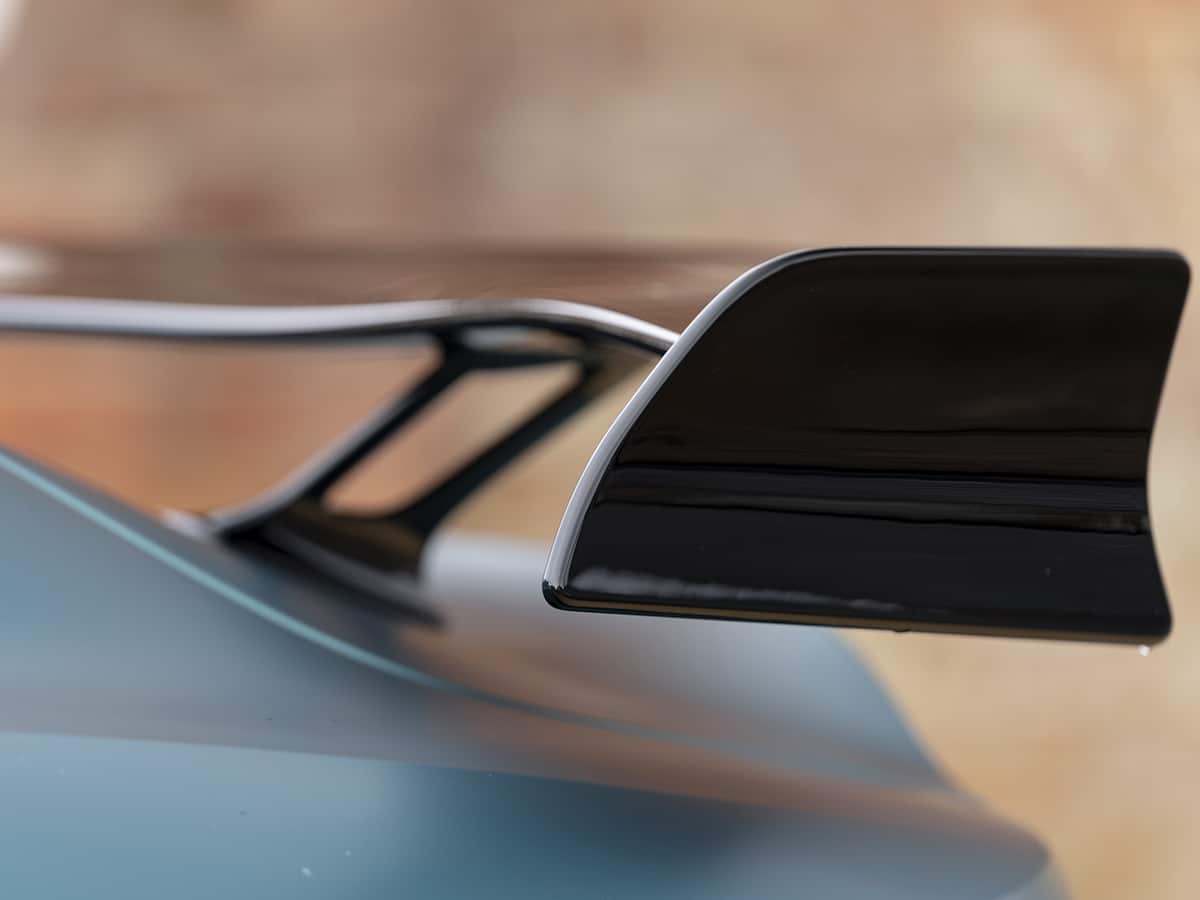 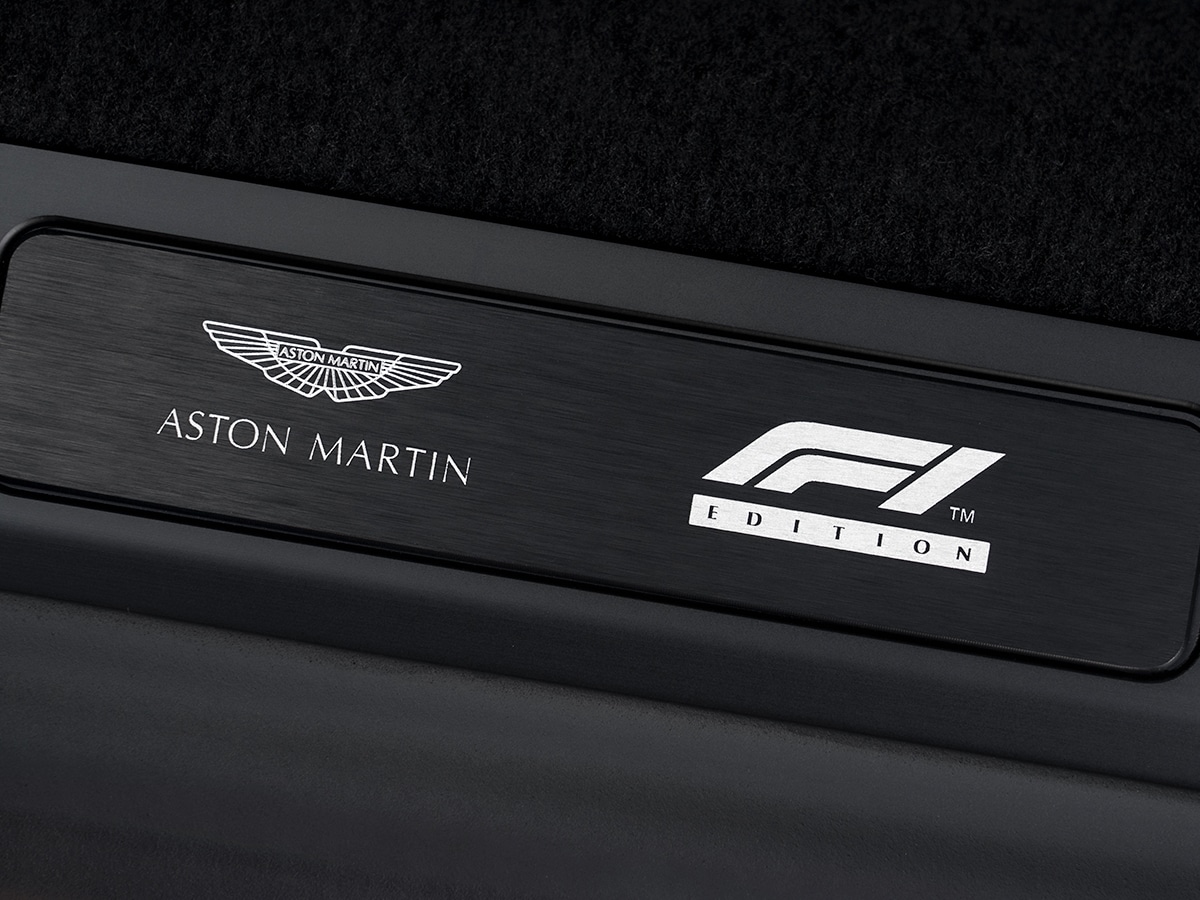 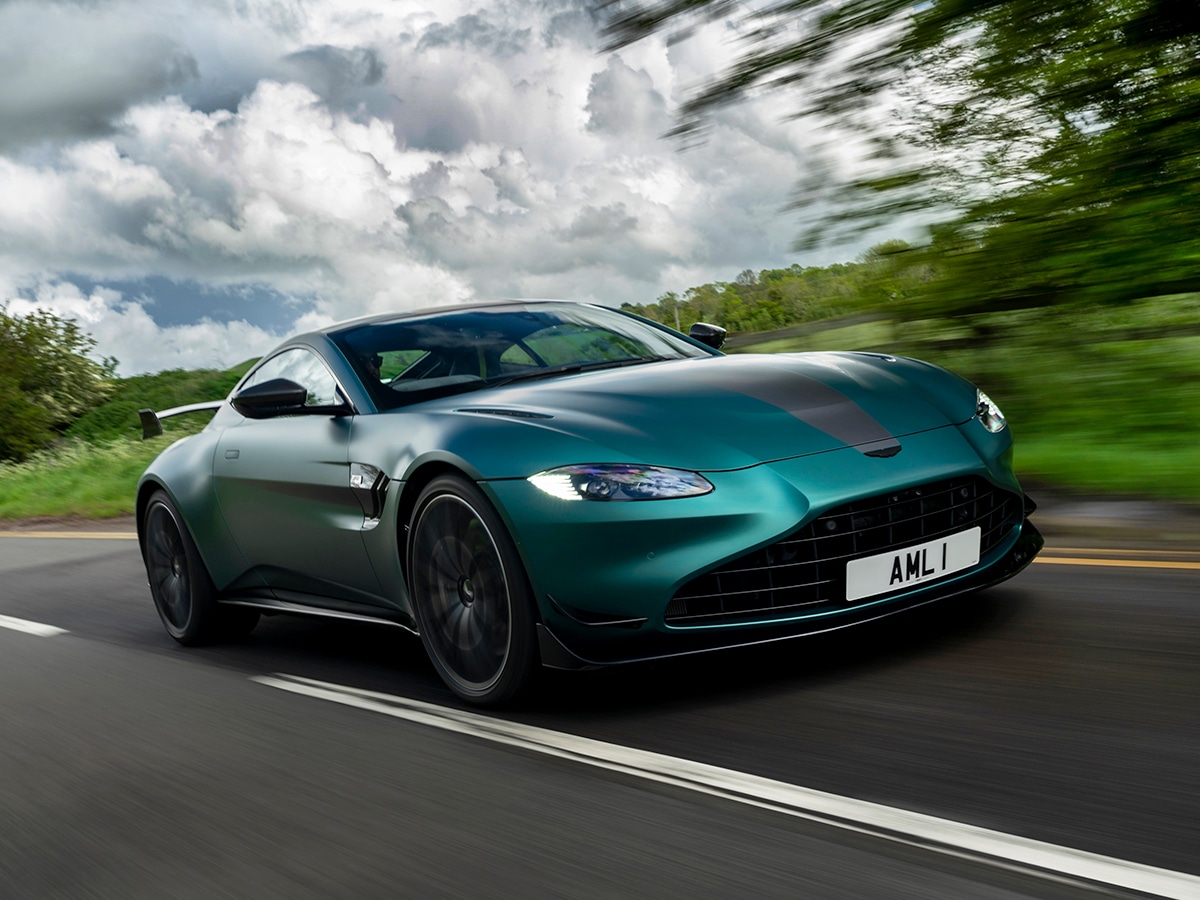 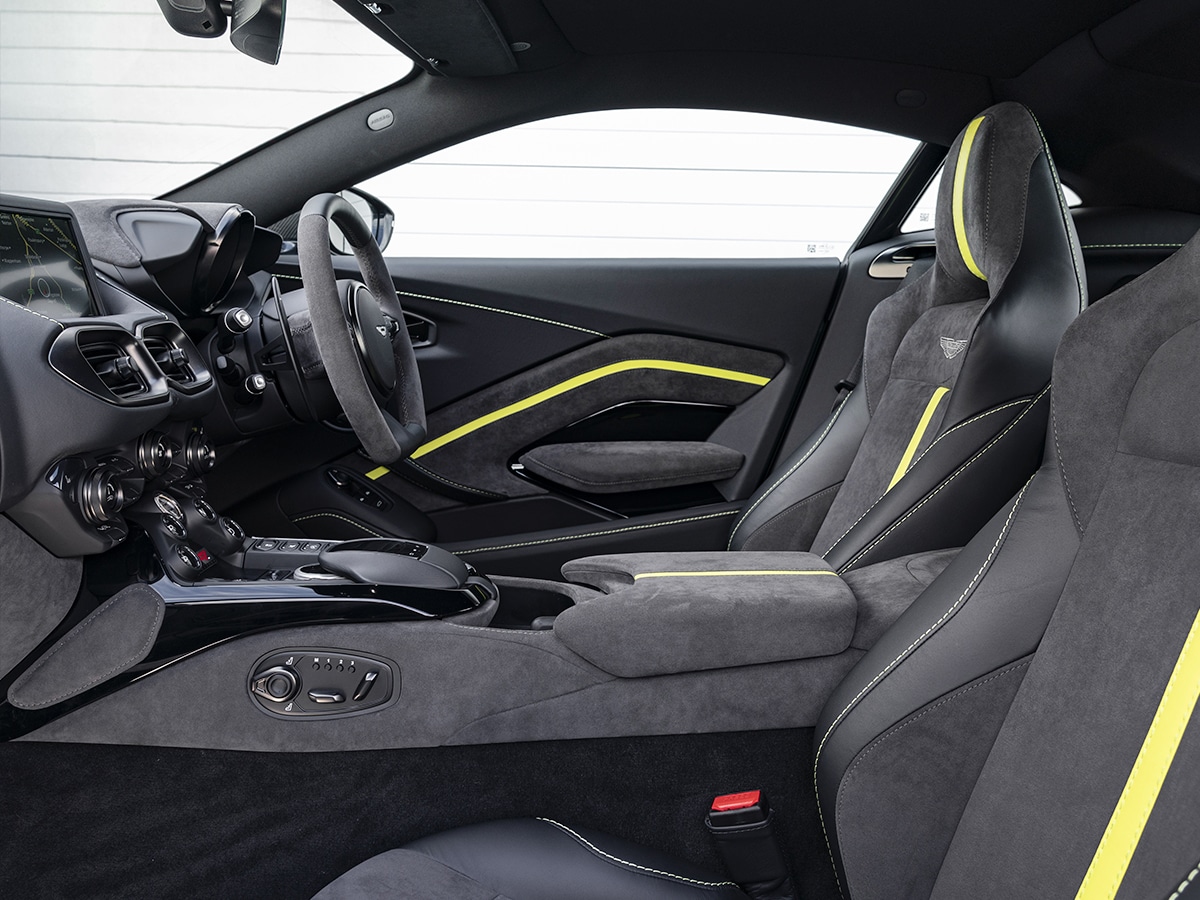 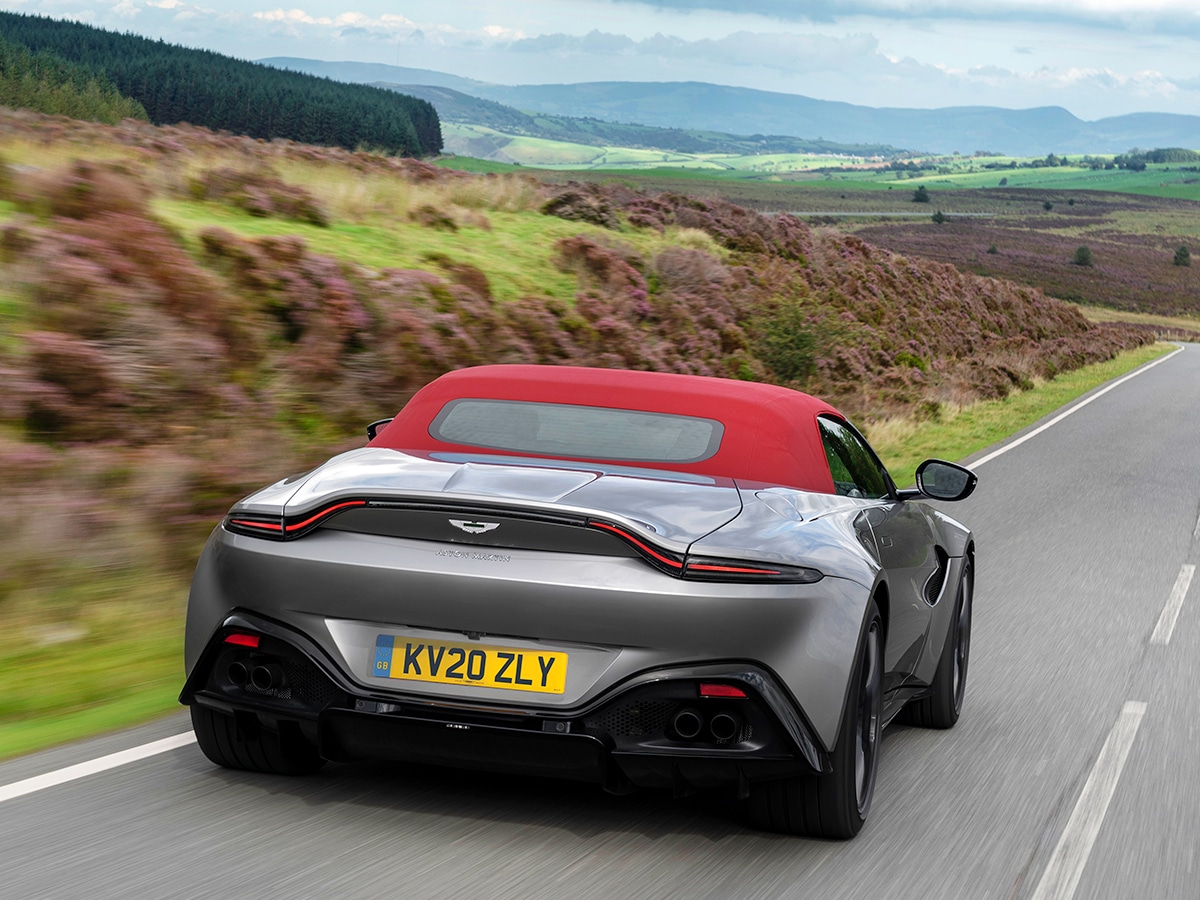 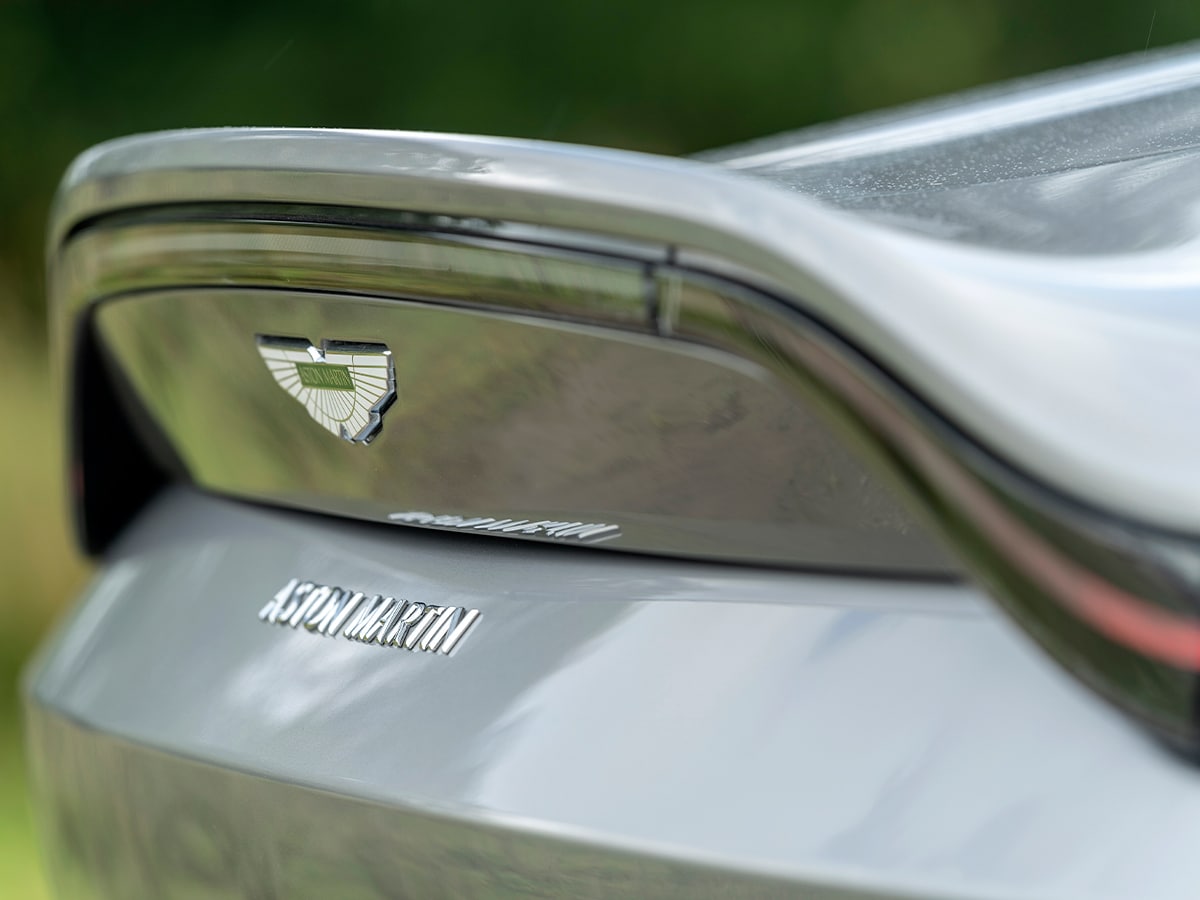 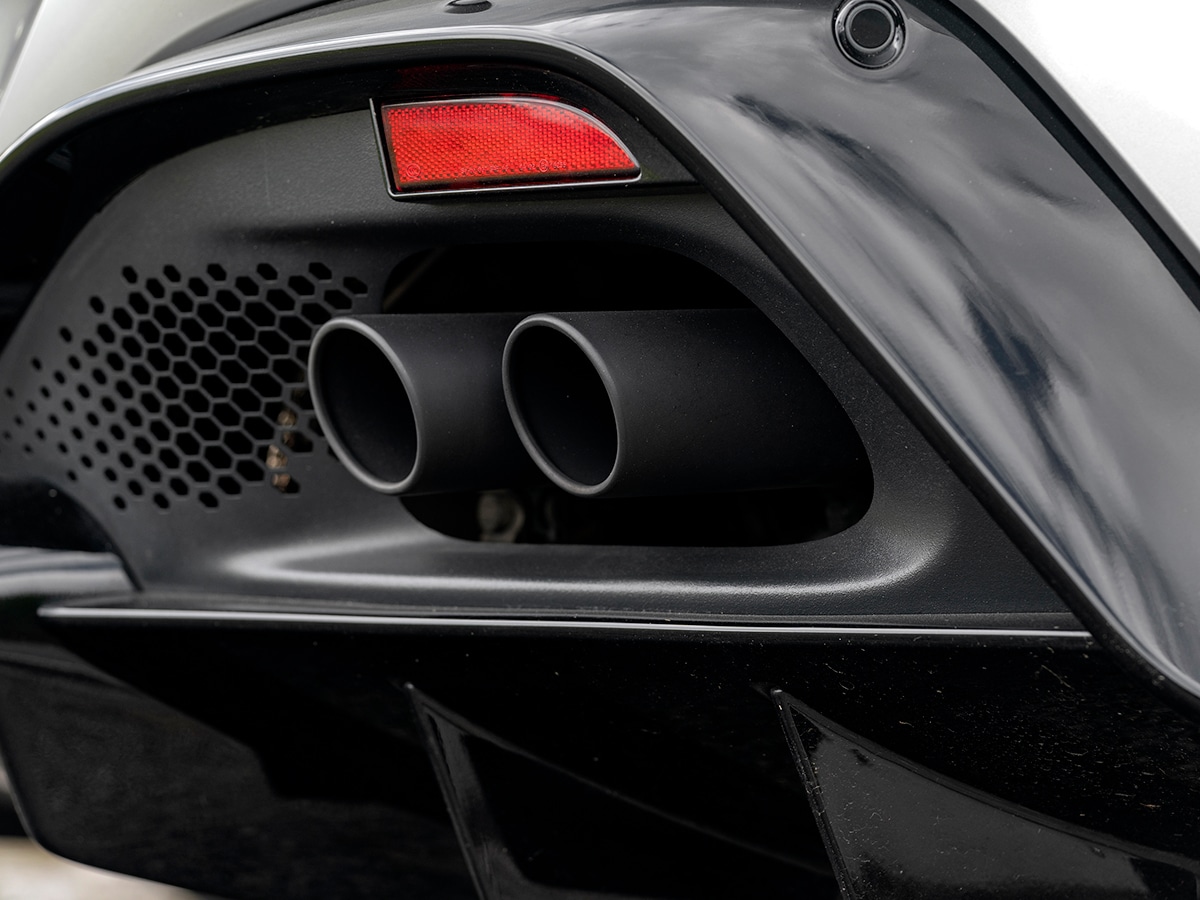 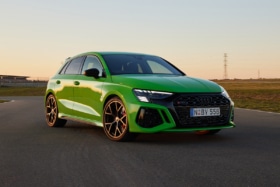 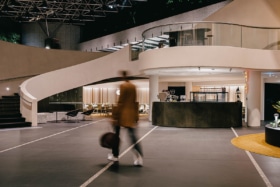