Leica is marking the 100th anniversary of the founding of the Bauhaus School of Art and Design in Germany and celebrating the opening of the new Bauhaus Museum in Dessau with the release of a pair of cameras. The first, the Leica CL “100 Jahre Bauhaus” Edition, was released in May. Now the camera maker is following up that release with a variation of that camera—the Leica CL “100 Jahre Bauhaus—Bauhaus Museum Dessau” Edition.

The Bauhaus was founded in 1919 and became noted for its minimalist approach to design and art. Subscribing to the “form follows function” philosophy, Bauhaus grew in influence, and though it ceased operations in 1933, its influence is still apparent today. That influence was spread throughout Europe, America, Canada, and Israel, particularly as artists fled Germany when the Nazis rose to power.

The new camera will be limited to just 150 examples and is only available through Leica Stores and Boutiques. Those lucky enough to pick one up will be getting a Leica CL camera done in all black to match up with the Bauhaus emphasis on minimalism. The Leica logo has been reduced down and the Bauhaus logo, which is embossed on the camera’s leather cover, has also been done in black to maintain that sense of minimalism.

The Bauhaus logo was created by Joost Schmidt, who served as the acting director of the photography department in Bauhaus from 1928 to 1932. The camera comes with a matching Elmarit-TL 18mm f/2.8 ASPH lens. The standard Leica CL features, including the 24-megapixel sensor, a 49-point high-speed autofocus, Maestro II processor, and 4K video recording, are all present with this camera. It can also connect with Leica’s FOTOS app to make social media sharing simpler. The Leica CL 100 Jahre Bauhaus is priced at $3,750. 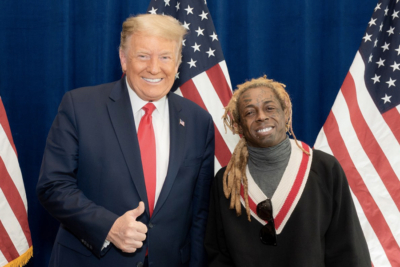