Daniel Ricciardo has entered the chat. Although the Formula One driver doesn’t look likely to snag a Grand Prix win anytime soon, he may have just found his new favourite shoey sneaker. To celebrate the launch of Heineken Silver earlier this year, Heineken enlisted the help of one legendary sneaker designer to create the ultimate beer-drinking shoe. While unusual sneaker collaborations are nothing new, the unique innovations and craftsmanship of these particular kicks have left us more than thirsty for a pair. 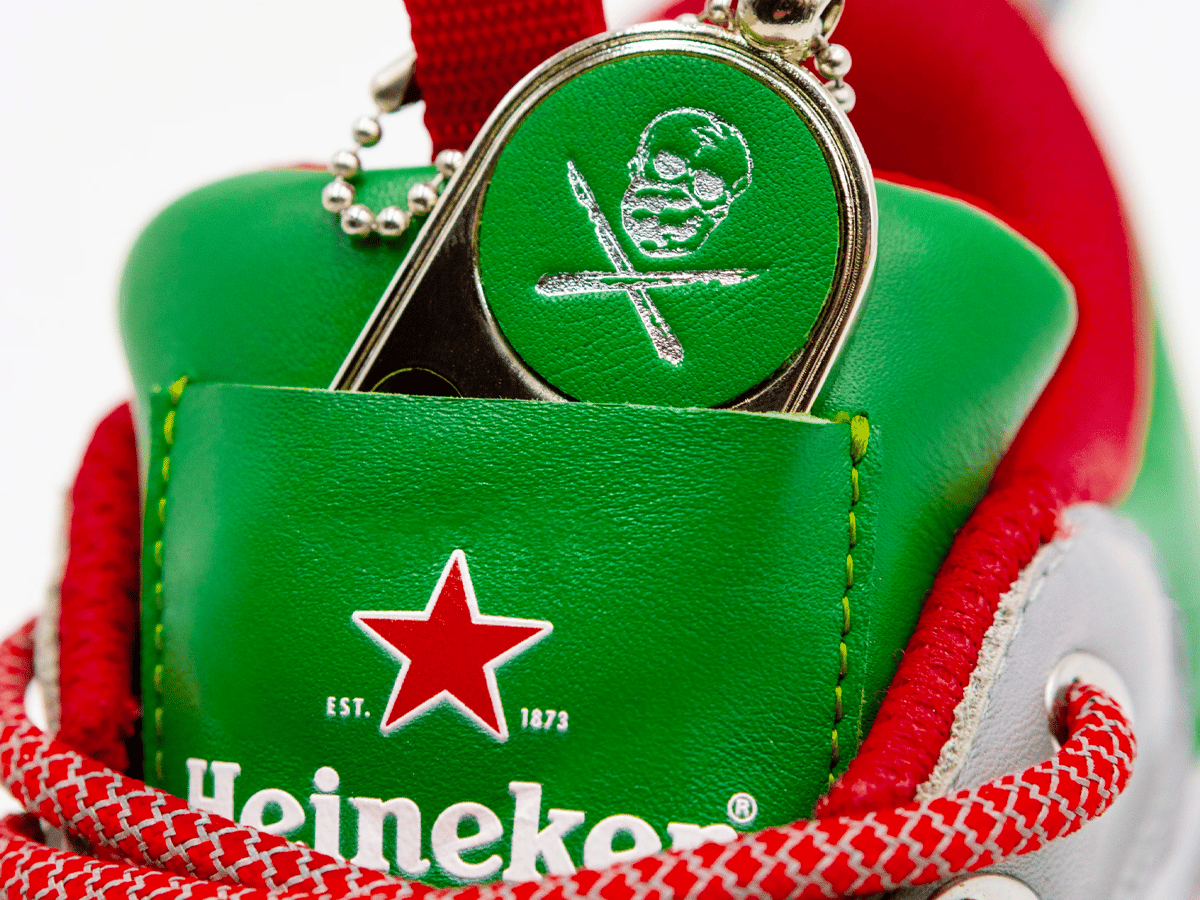 For this creation, Heineken partnered wih The Shoe Surgeon, aka Dominic Ciambrone, a well-renowned designer who’s made footwear for celebrities such as Drake, DJ Khaled and Lebron James. Creatively titled Heinekicks, the limited-release sneakers aim to celebrate the launch of Heineken Silver – the brewery’s lighter and lower-alcohol beer that hit shelves earlier this year.

Along with the matching green, red and silver colours of the Heineken Silver bottles, there are a few key features worth talking about. Each pair has a removable metal bottle opener built into the tongue, so you’ll never be caught out when attempting to crack open a beer. Most notably, however, the sneakers contain actual beer. Yes, real beer. The company used a specialised surgical injection method to inject Heineken Silver into the soles, aiming to create a “smooth sensation when walking ” that supposedly mirrors the beer’s tasting notes. At this stage, we can neither confirm nor deny whether these shoes will help you stumble home from the pub on a Friday night… 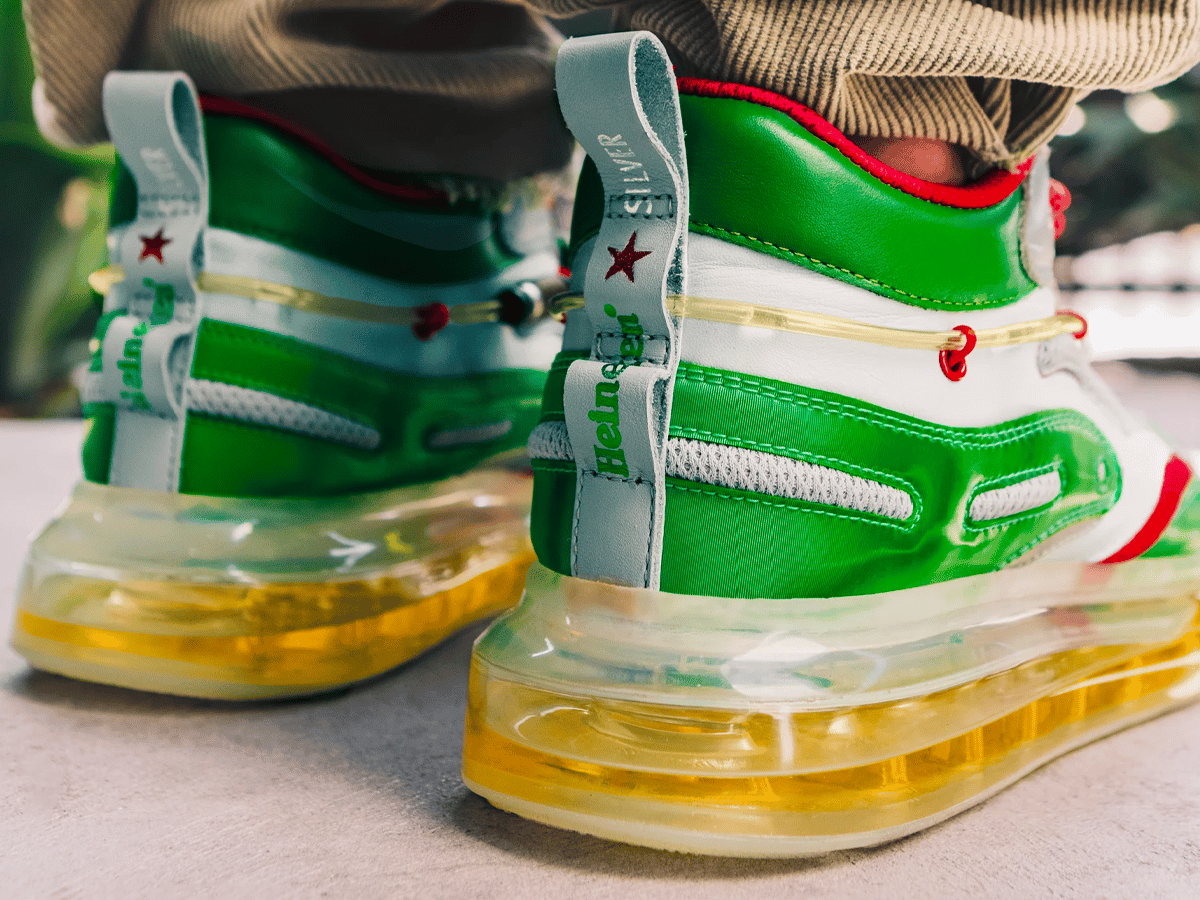 Dominic Ciambrone said, “Partnering with Heineken for their new beer was a fun challenge. We both share a passion for innovation and pushing boundaries, and created a design to reflect that. The shoe not only embodies the energy of Heineken Silver, but literally carries it. I can’t say I’ve ever designed a sneaker that contains actual beer before.”

Gerald Yeo, marketing director at Asia Pacific Breweries Singapore, added, “At Heineken, we have always embraced change. The launch of Heineken Silver is testament to this, and the limited-edition Heinekicks are a manifestation of Heineken’s constant pursuit of innovation.”

A total of 32 pairs of Heinekicks will be released, with seven dropping in Singapore later this year. The inaugural pair will be on show at [email protected] in Singapore as part of the Project Future event from Aug. 10 to 15.

Beer for your sole

Designed in collaboration with noted shoe designer, Dominic Ciambrone, to celebrate the smoothness of Heineken®️ Silver. Heinekicks aren't your everyday shoe, but it’s not every day you get to walk on beer. pic.twitter.com/LefwD5X7if