Blink and you’ll miss it. Pioneering watchmaker Richard Mille has taken the horological game to new lengths, unveiling the world’s thinnest mechanical wristwatch. The record-breaking timepiece measures a remarkable 1.75mm thick, meaning the stunning piece of craftsmanship is even slimmer than a 10c coin, however, this isn’t just a race to the bottom. Much like its namesake vehicle, the Richard Mille RM UP-01 Ferrari is a stunningly robust piece of equipment, complete with an impressive movement worthy of the watchmaker’s fabled nameplate. 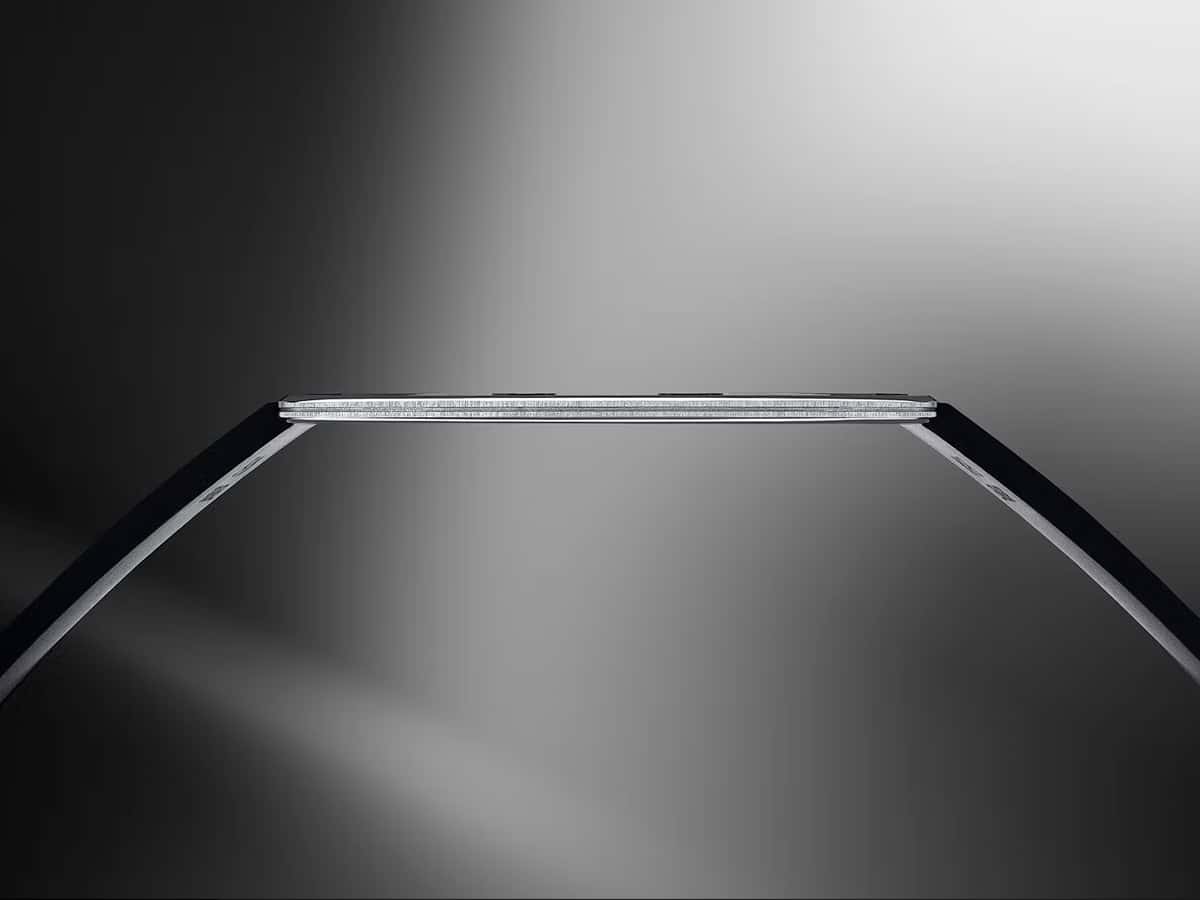 For watch fans, the battle of the bulge has been one of the more interesting developments over the past few years. Back in 2020, Piaget unveiled the Altiplano Ultimate Concept, a 2mm-thick timepiece that shocked the world, and claimed the prestigious Aiguille d’Or prize from the Grand Prix d’Horlogerie de Genève in the process. Earlier this year, famed jeweller Bulgari fired back, releasing the Octo Finnissimo Ultra, which at just 1.8mm, usurped Piaget for the ultra-thin throne. Now, Richard Mille has stepped up to the plate, bettering Bulgari by just 0.05mm and laying claim to an enviable title.

What sets the new Richard Mille apart from its competitors, however, is in the movement construction. For the RM UP-01 Ferrari, the watchmaker assembled the entire movement (all 1.18mm of it) into the case, as opposed to making the caseback pull double duty as a baseplate. That decision appears to have scaped a few extra millimetres off the final result and perhaps most impressive of all, it hasn’t come at the expense of function. According to Richard Mille, the new RM UP-01 Ferrari features hours, minutes, seconds, and a function selector, all housed within the delicate design. In trademark Richard Mille fashion, the timepiece is skeletonised and crafted from grade 5 titanium, meaning all that beautiful ingenuity remains on full display. Julien Boillat, technical director for cases at Richard Mille confirmed that the innovation was the culmination of 6,000 hours of development, held in partnership with some of the most revered watchmakers and movement houses in the world.

“For such a project, it was necessary to set aside all the knowledge we had amassed over years of practice, and every conceivable standard of watchmaking,” Boillat said. “This is precisely what we did throughout our collaboration with the laboratories of Audemars Piguet Le Locle. Shaving off those last millimetres of depth was an extremely demanding and lengthy process.” According to the brand, the impossibly thin movement was put through its paces across a number of key tests and thankfully, held up accordingly. The RM UP-01 manual-winding movement, which weighs just 2.82 grams, is apparently capable of withstanding accelerations of more than 5,000 Gs and comes with a power reserve of 45 hours.

For Richard Mille fans, those durability figures are a big plus. The iconic watchmaker has carved out a niche for sports watches that are not only collectible but highly precise under serious pressure. Tennis dynamo Rafael Nadal famously claimed a record-breaking 21st Grand Slam title while wearing the USD$1,050,00 (AUD$1,500,000) Richard Mille RM 27-04 Tourbillon Rafael Nadal.

This time around, the challenge saw Richard Mille eliminate the small plate of the balance and dart, two elements traditionally used to prevent the anchor from slipping back during the free phase of the balance wheel’s movement. The brand also utilised a redesigned escapement and hairspring, while integrating the two crowns, one for function selection and the other to utilise the function, into the case as movement wheels. 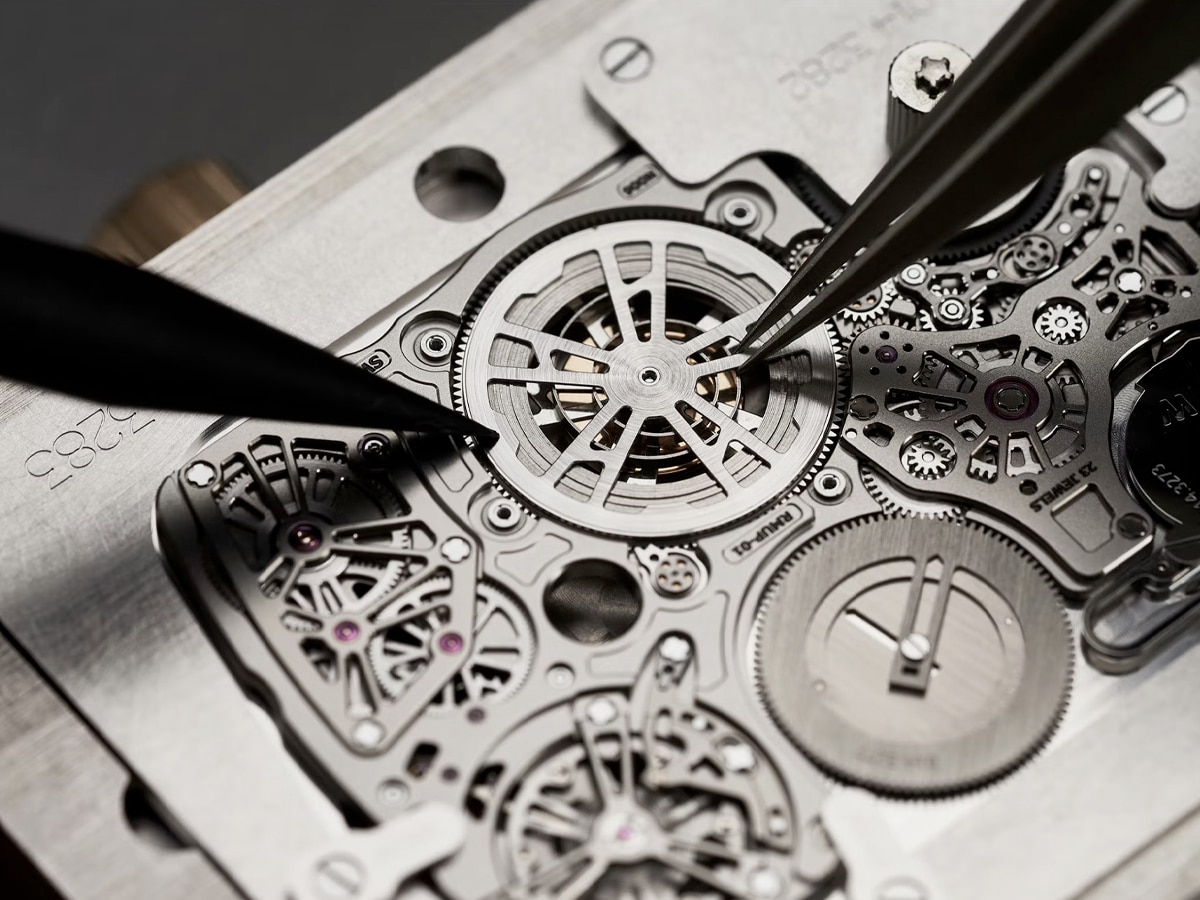 “Even in the realm of extreme flatness, we were determined to make a watch that met the same validation requirements as all our other models,” Salvador Arbona, technical director for movements at Richard Mille said. “In this quest for absolute flatness, we had to offer a watch that, far from being a ‘concept watch’, was up to the task of following a user’s daily life, whatever the circumstances.”

Initial reports suggest this new release will go in the vicinity of USD$1.8 million, but it’s no surprise. Just looking at the new Richard Mille RM UP-01 Ferrari, you can’t help but be impressed by the sheer magnitude of the work undertaken. Impossibly thin and limited to just 150 examples worldwide, the stunning new timepiece more than just throws down the ultra-thin gauntlet, it shatters it entirely. Your move Piaget. 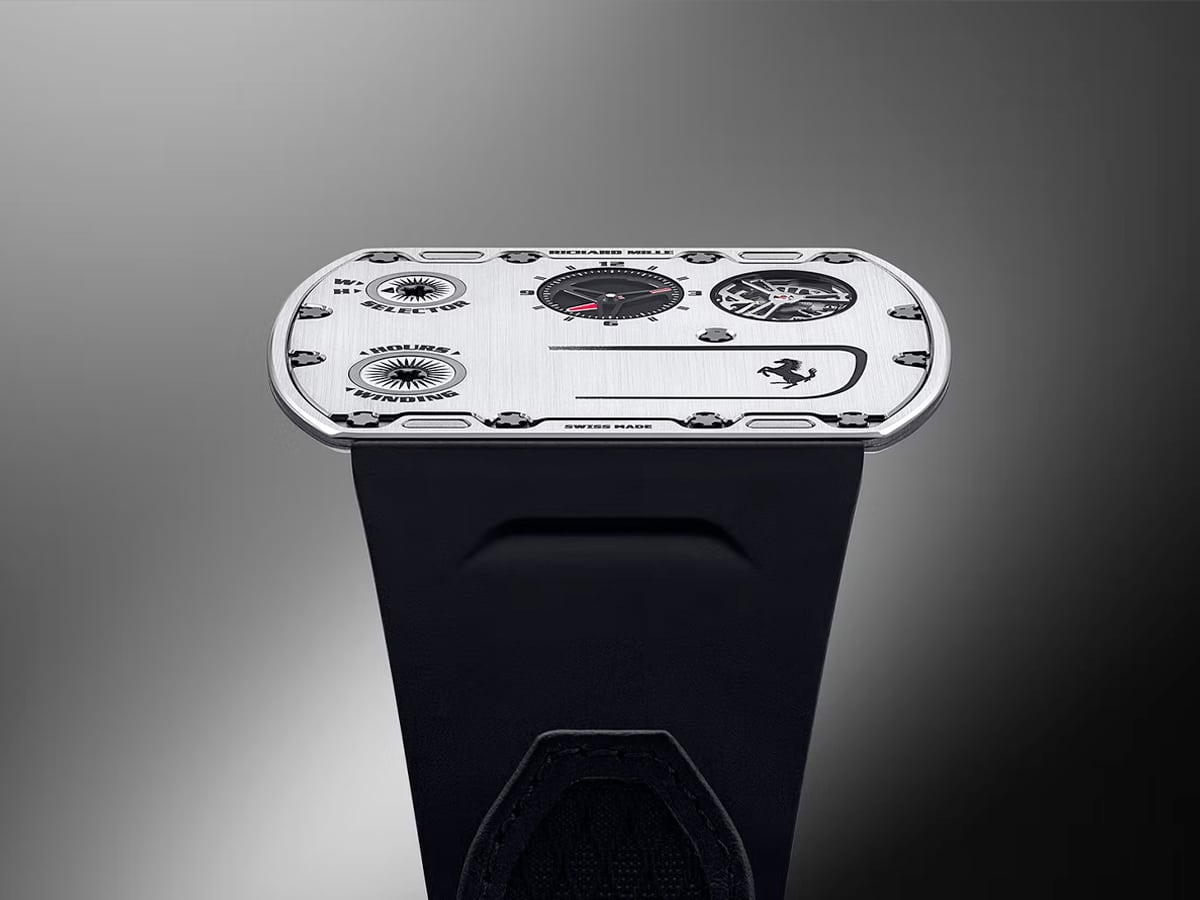 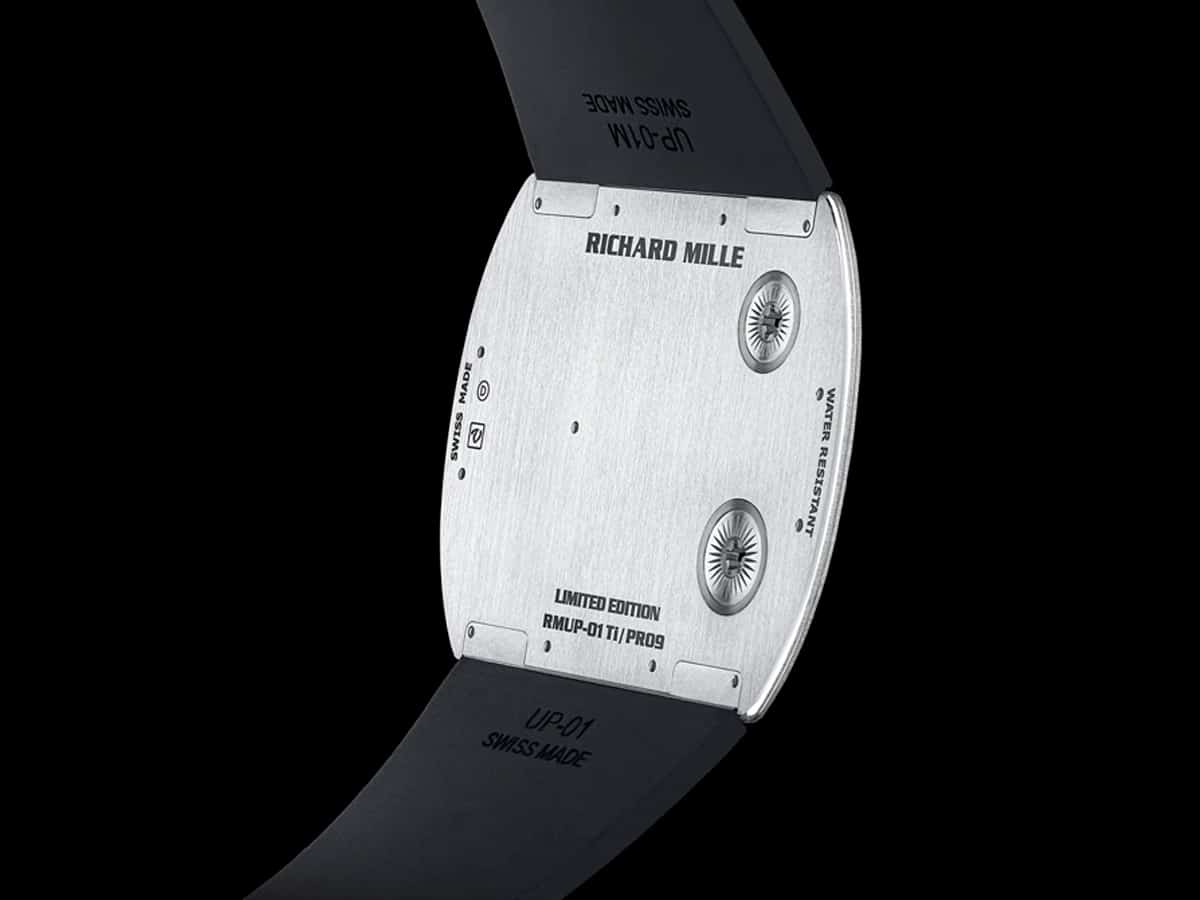 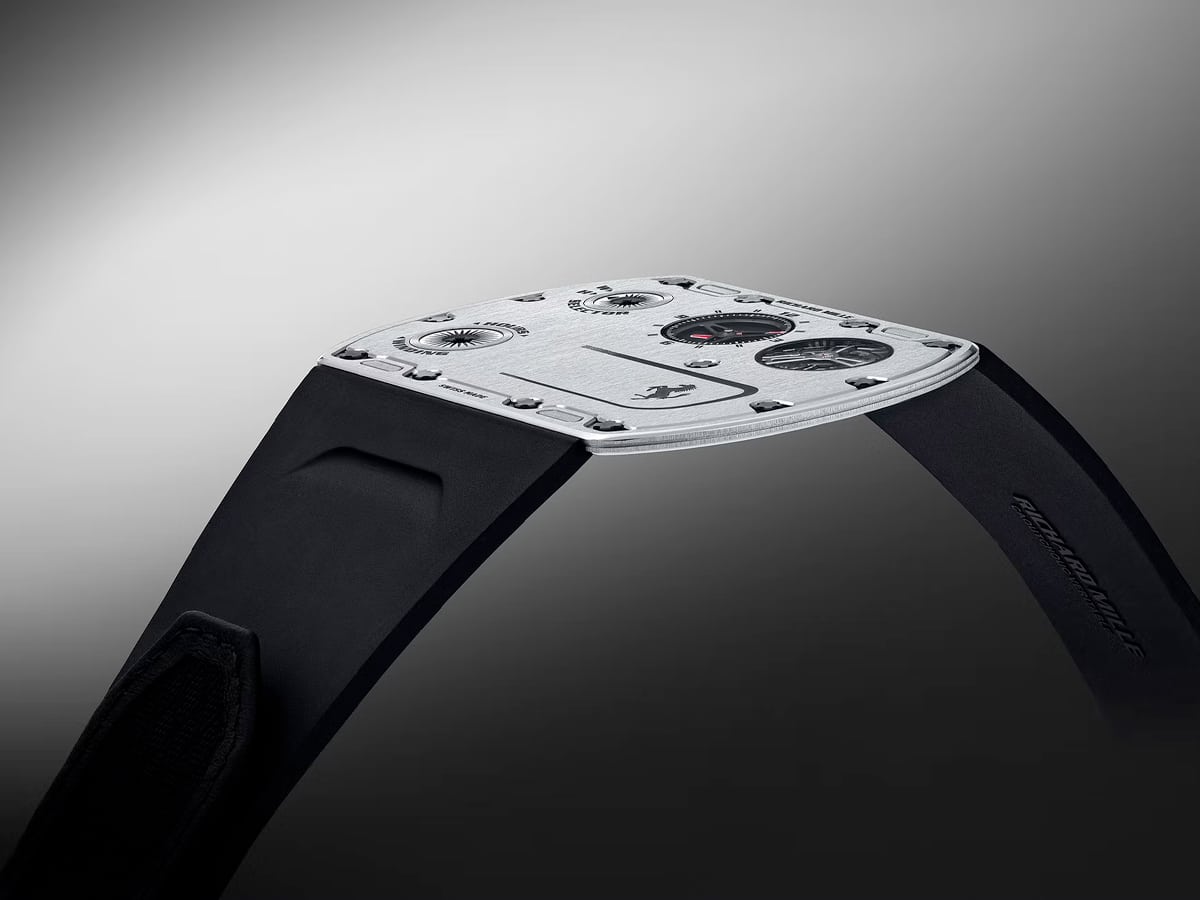 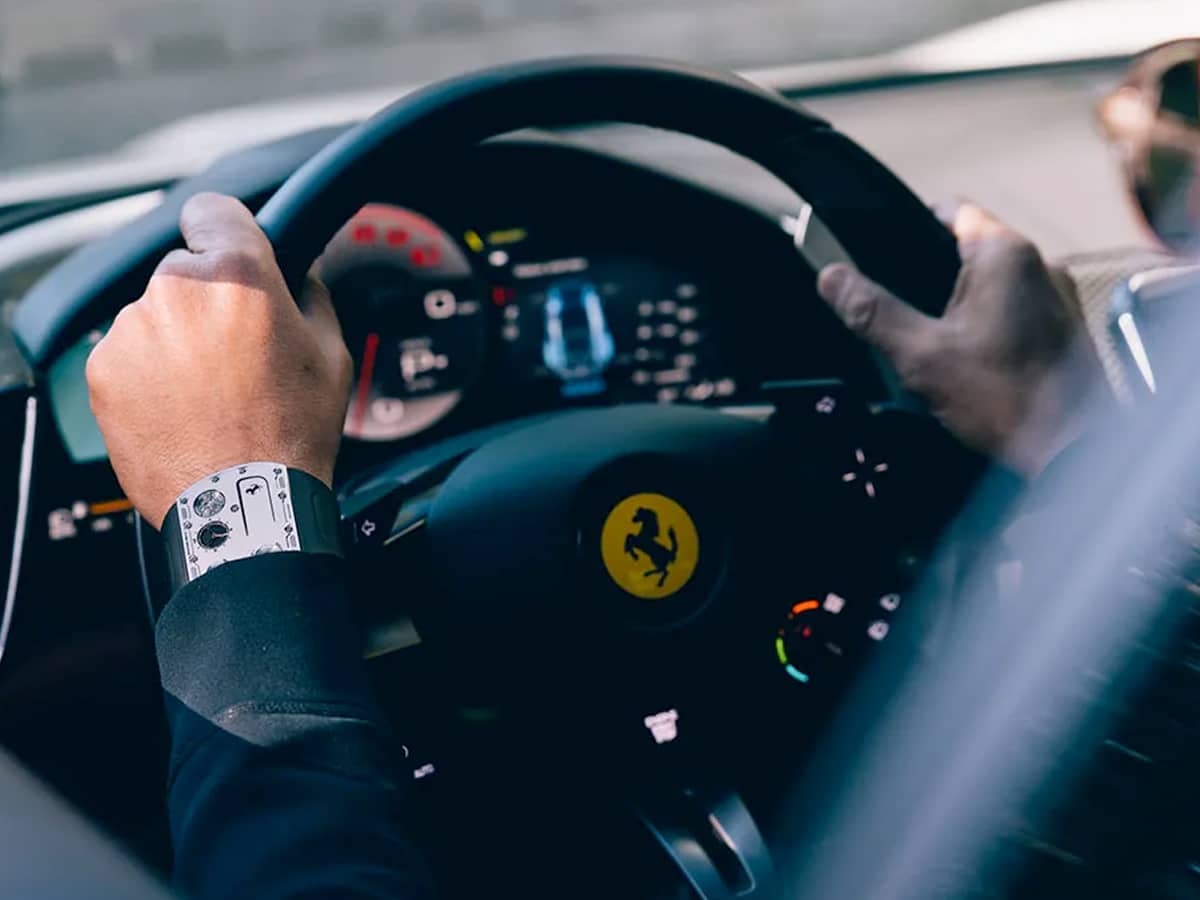 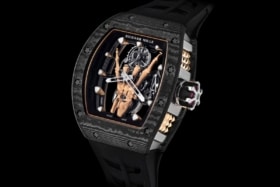