Welcome to our first regular Series on Man of Many: The Wind Up covering the latest watch news from around the globe to keep you in the know on all things horology.

The brand that has been living in its sister company’s shadow (Rolex) for so long have been making waves as of late. First with their North Flag. Then with their Pelagos. And most recently with their Black Bay. Next on Tudor’s list of market shakers is the Fastrider Black Shield 42000CN, and this thing is simply exquisite. Matte-black is the theme here, echoing the dark design of the Ducati XDiavel motorcycle. The dial screams inconspicuous presence with its framed chronograph sub-dials, SuperLumiNova hour markers and accompanying squares, sword-shaped skeletonised hour and minute hands, and the long elongated white seconds hand. The addition of the date window between 4 and 5 o’clock doesn’t seem to disturb the overall dial balance due to its small size. The black ceramic case which is made of ziroconium oxide looks the part and is well shaped, as are the lugs, crown and chronograph pushers. The movement is based on the Valjoux 7753 with slight modifications made most likely through the use of unique rotors. The movement gives the user a power reserve of about 46 hours, beating at a respectable 4Hz, as well as incorporating the time, date and 12-hour chronograph complications. Priced very modestly, it is a lot of watch in a great package that will soon become a collector’s favourite. 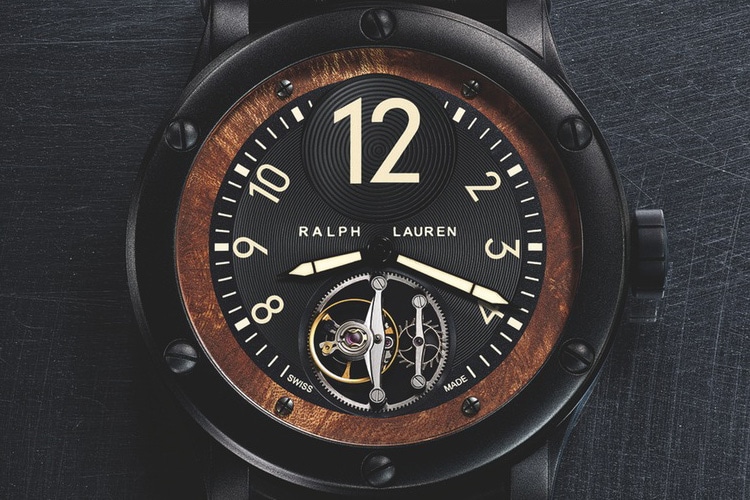 An institution that needs to introduction, Ralph Lauren are not typically associated with high end timepieces, but the release of their Automotive Flying Tourbillon has catapulted them into the upper echelons of high end watchmaking. The dial is simple enough, with the focus obviously directed towards the beautiful flying tourbillon. The outer rim of the dial showcases a rim of elm burlwood, while the interior of the dial is matte black. The contrast between the brown wood and deep black is very Ralph Lauren and looks the part. My only reservation is the oversized 12 – it just doesn’t fit the aesthetics of the piece and throws off the overall balance. The flying tourbillon is a work of art. A fully supported cage from below makes it look like it is floating within its sub-dial and looks amazing in motion. The case shares similarities with the inner dial: a deep grainy matte black look. The movement is comprised of the celebrated manually wound calibre RL167, which boasts a 40-hour power reserve and 142 components. A contemporary piece that pays homage to one of Mr. Lauren’s favourite automobiles, the 1938 Type 57SC Bugatti Atlantic Coupe. 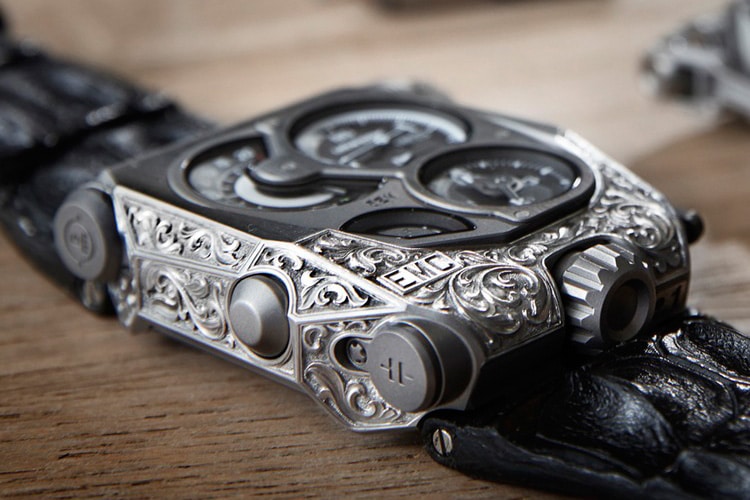 Urwerk are not the most well known brand to a lot of people in Australia, but they are making waves in the international watch market. They have won several awards, with the most recent being the “exceptional mechanism” and “innovation” categorises for the EMC at the 2014 Geneva Grand Prix d’Horologerie. The latest iteration of the successful EMC line, the Pistol boasts elaborate case engraving by the talented Florian Güllert, a master firearm engraver. The intricacies of the case engravings serve the purpose of capturing light and baring the metal in that light so as to create zones of shade. This engraving architecture leads to a brilliant and complex pattern that adorns the rectangular-shaped case. The dial is very steampunk and reflects the EMC line’s raw aesthetic nature. The UR-EMC in-house calibre powers the piece, with a power reserve of approximately 80 hours. A limited run from the research and innovation department within Urwerk of five pieces, this is a piece that screams ingenuity, artistic design and uniqueness. 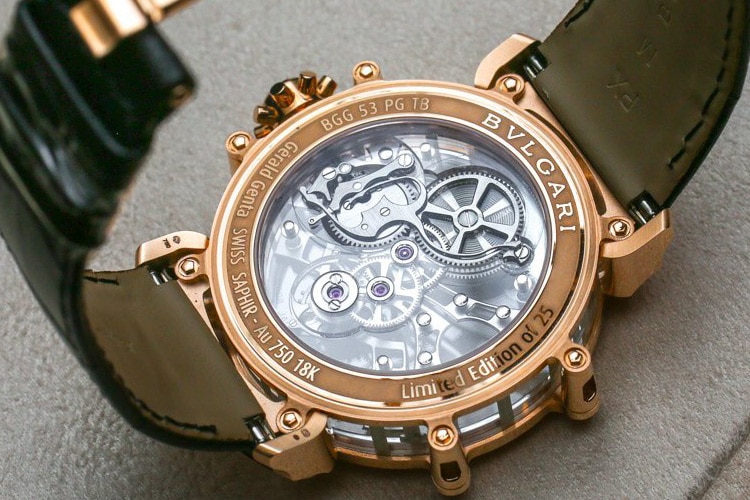 Like Ralph Lauren, Bulgari is a house of fashion that is not typically associated with haute horlogerie, or high watchmaking. I normally would not give them the time of day, with respect to their watches, but the Tourbillon Saphir caught my eye and ever since I haven’t been able to look away. Now it isn’t a piece that is for everyone (disregarding its stupidly high price tag). Its size, for starters. Its wide, but its also deep, which means its wrist profile is quite high and as such would be a struggle to fit under a shirt cuff. But for those of us who don’t regularly partake in suit-and-tie type events, then we shouldn’t really have a problem. The case is heavily unorthodox and boasts sapphire crystal along the sides, as well as one the caseback. I am going to skip the dial description, as there isn’t so much as a dial as a complete skeletonised viewing of the tourbillon, bridges, rotors and pivots. The movement is the in-house manually wound calibre GG 8000 which is compelling to look at in stills and in motion. Avant-garde, heavily unconventional, mesmerising and loud. I’m in love. 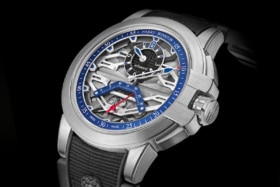 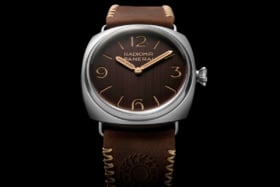