It has kids terrified and older generations clutching at their pearls, but just what is the Momo Challenge? The internet sensation swept across the globe in early 2019 and has been causing mass hysteria ever since. But while the Momo Challenge may have slowed a little with time, the mystery surrounding it has not. 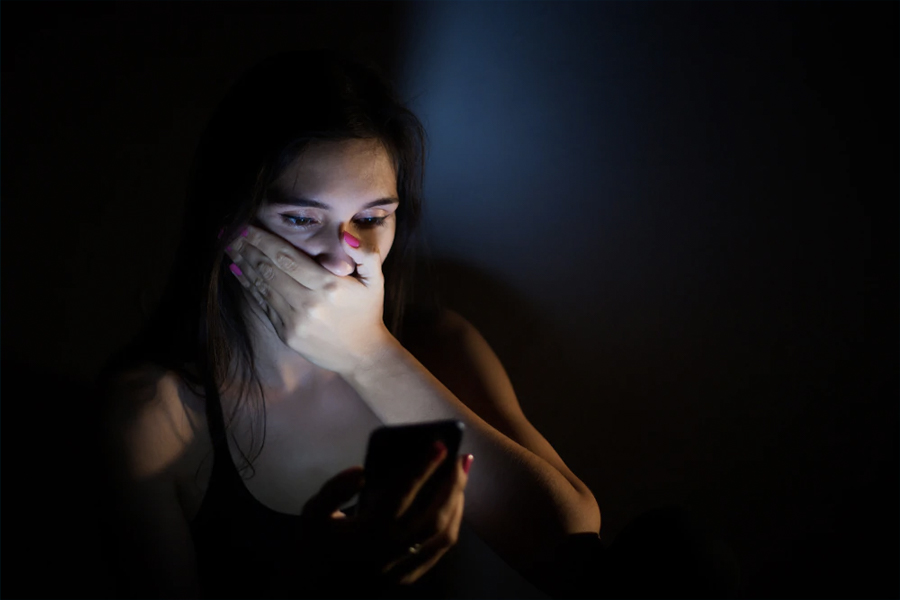 The Momo Challenge is a creepy, somewhat dangerous internet challenge that targeted young children and teenagers on various social media platforms. The phenomena gained the attention of the public and parents alike in the latter half of 2018. The trend was based on a fictional character called Momo, which was essentially a character profile on WhatsApp. The challenge encourages children and adolescents to text Momo’s number on WhatsApp, who then sends them instructions to complete a whole range of bizarre and at times, very dangerous tasks. The tasks range from watching a scary movie, and work up to a much more drastic scale, some tasks being as dire as committing self-harm or taking one’s own life.

In retrospect, the Momo Challenge phenomenon is widely regarded as a hoax and has since died down. However, this was after rather serious reports of attempts of self-harm as well as reports of trolls editing YouTube videos aimed at kids, such as Peppa Pig, that began to include images of Momo. This led to authorities having to issue warnings about the Momo Challenge and highlighted the importance of internet safety as well as the need to monitor what young people are seeing and partaking in online.

The actual image of the infamous ‘Momo’ character is of a young woman, with huge bug eyes and matted, dark hair. This image is completely unrelated to the Momo Challenge and is in fact an image of a sculpture made by Keisuke Aisawa, as part of a set made for a Japanese company that works on horror film props. 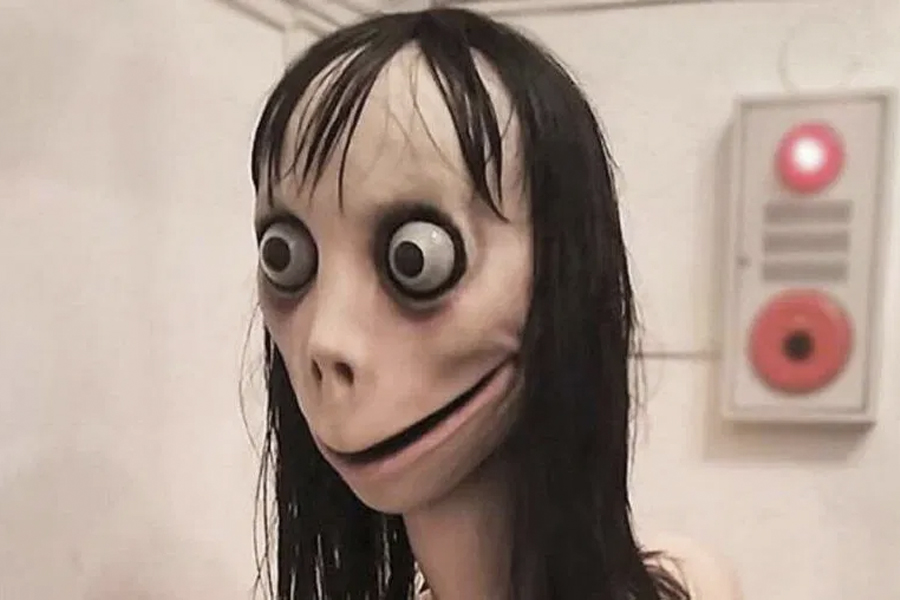 Where Did the Challenge Come From?

The actual origins of the Momo Challenge are fairly foggy. However, it seems to have started its reign in the Spanish-speaking world, with Mexican authorities claiming the trend stemmed from a Facebook group. The Challenge really started to take off around the rest of the world in July of 2018 when popular YouTuber ReignBot dedicated a video to investigating the phenomenon. In the video, ReignBot more or less debunked the bizarre and at times, scary Momo Challenge. Yet, the video did the opposite of drawing attention away from the challenge, instead, drawing more traction and intrigue.

Similarly, after photos of the Momo character were posted on Instagram, the images started to gain some serious attention on Reddit on the subreddit r/creepy. This thread subsequently gained thousands of upvotes and comments. As a result, the trend spread to other platforms, taking hold of Instagram, Reddit, YouTube, Facebook and WhatsApp.

As the Momo Challenge gained more and more attention, stories started appearing that raised the question whether Momo is real and whether Momo is dangerous. Whilst definitely a real virtual thread, any version of a real-life Momo did not and still does not exist. This may come as pleasant news, and also means that no, Momo is not dangerous. Momo is only real and dangerous in the imaginations of young, malleable minds. Whilst this danger isn’t direct, it does highlight some causes for concern.

Should You Be Worried?

There are a few flags that this phenomenon draws attention to. The various tasks that Momo was asking young people to partake in are very dangerous and at times, alarming. For example, in the messages, Momo allegedly demanded the recipients to self-harm. Whilst there have been no official reports of any physical harm resulting from the Momo Challenge, there have been reports that people playing the game have committed suicide, one oft-cited report suggesting that a 12-year-old girl from Buenos Aires took her own life after playing the game. However, such reports are unconfirmed.

Whilst this is alarming, the Momo Challenge can be more accurately defined as a case of moral panic. It is more related to a case of hackers who are looking for personal information. This means parents can rest easy knowing that Momo is not going to pop out in the middle of the night and kill their children while they sleep! As Benjamin Radford, a folklorist and research fellow for the committee for Skeptic Inquiry states, “There’s no real truth or evidence that it’s a real threat… part of a moral panic fuelled by parents fears.”

The concern lies more in the importance of internet safety, and the many perils of the internet that are becoming apparent which we now must navigate how to live alongside. Even if the fears associated with the Momo Challenge are being blown out of proportion, it highlights how easily children and teenagers are exploited by predators, hoaxes and scams on the World Wide Web. An example can be seen in YouTube’s role in exacerbating the Momo Challenge, similar to how YouTube has recently been flooded with accounts that exploit the platforms algorithm in creating creepy and violent videos that are targeted at children.

The Momo Challenge also speaks to the emerging importance of parents remaining vigilant, but not panicked when it comes to monitoring their children’s internet usage. When it comes to the Momo Challenge, it is okay to be worried, but more in light of the huge dark and unknown space that is the internet, rather than worrying endlessly about the challenge itself.

What is the Momo Challenge?

The Momo Challenge is considered a hoax and internet phenomenon that spread through social media platforms. It targeted children and teenagers to perform a series of dangerous tasks including violent attacks, self-harm and suicide, by a user named Momo on WhatsApp.

Where did the Momo Challenge come from?

The exact origins of the Momo challenge are unclear, though it is rumoured to have begun in Mexico, the Mexican authorities claiming that the phenomena stemmed from a Facebook group. The challenge gained popularity after a YouTube video posted by ReignBot, who discussed and unpacked the Momo Challenge.

Drinks, Featured
Shaking Up a Classic: The Best Espresso Martini You’ll Never Make
YOU MAY ALSO LIKE

Homewares
Burn this Gladys Candle Every Morning at 11am 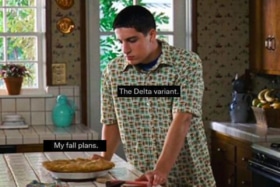 Lifestyle
50+ Best My Fall Plans vs The Delta Variant Memes