So you’re stuck at home, looking for ways to stay entertained. You’ve watched every good movie on Netflix, you’ve exhausted all your Uncrate Supply #10 – High Times options, and now you find yourself with itchy feet. But rather than torture yourself by obsessively refreshing the Flight Centre page until travel restrictions are lifted, you might be surprised to know that some of the world’s most historic landmarks are more in reach than you think. Thousands of the most iconic monuments on earth are now offering virtual museum tours to help satisfy your travel cravings.

Don’t worry, these aren’t just click-and-swipe image galleries either. Through partnerships with Google Arts and Culture more than 2,500 locations around the world are offering virtual museum tours of their collections and spaces, and this started long before the coronavirus pandemic pushed us all indoors. If you’ve been thinking about spending a couple of hours in New York, then jet-setting over to Berlin, turns out you can.

Here’ a list of the 14 best virtual museum tours you can take to help keep your travel cravings at bay. 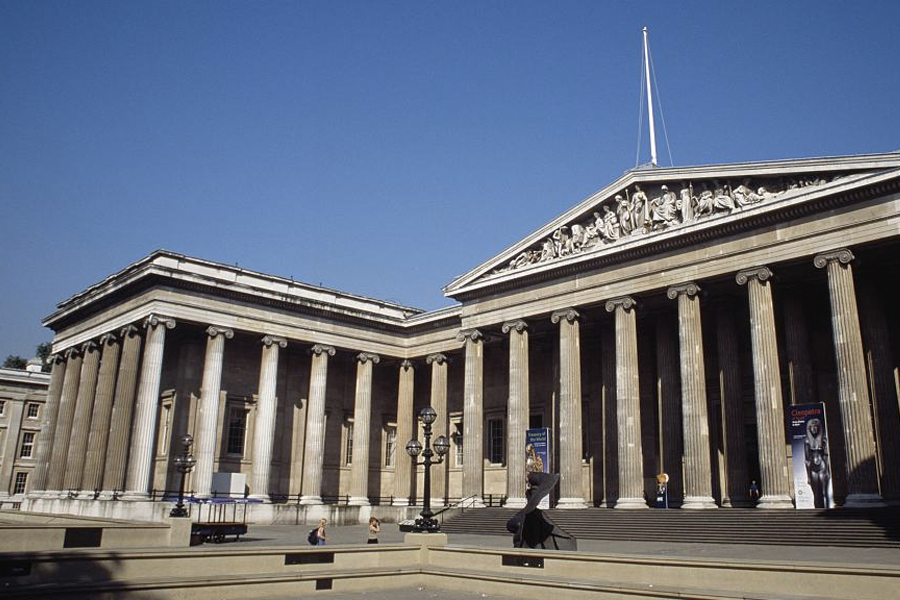 This iconic fixture is located in the heart of London and has been offering virtual museum tours for years. Take a look around and explore the Great Court, discover the ancient Rosetta Stone and take a peek at some ancient Egyptian mummies. 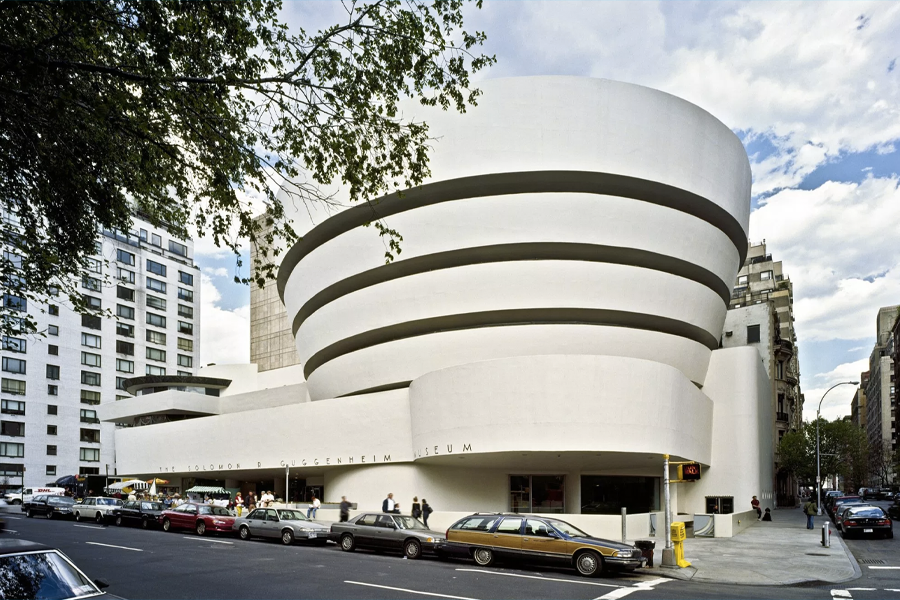 While you could argue the architecture of the Guggenheim’s building itself is deserving of a virtual tour of its own, the artwork inside is well worth a look.  Designed by Frank Lloyd Wright, the Guggenheim houses some of the most priceless works in the world, from leading artists such as Pablo Picasso and Jeff Koons. Founded way back in 1937, the National Gallery of Art is a free venue open to the general public. But for those us not quite close to the US capital, the gallery also provides a free virtual museum tour of its artworks and exhibits. You can also listen to audio and video recordings of past lectures online.

One of the most famous galleries in the world, Paris’ Musée d’Orsay houses dozen of priceless artifacts and from famous French artists. In this virtual museum tour, you can take a peek at a range of exhibits from  Monet, Cézanne, and Gauguin, among others. 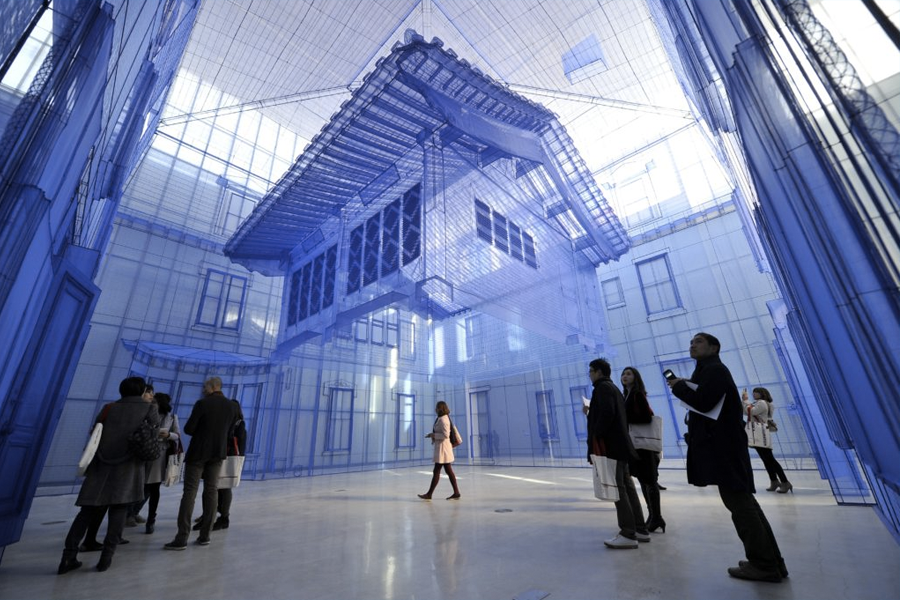 One of Korea’s most popular museums, the National Museum of Modern and Contemporary Art gives you a look at some of the country’s most prized possessions. You can access this virtual museum tour from anywhere in the world at any time, working your way through the six levels of art and culture. 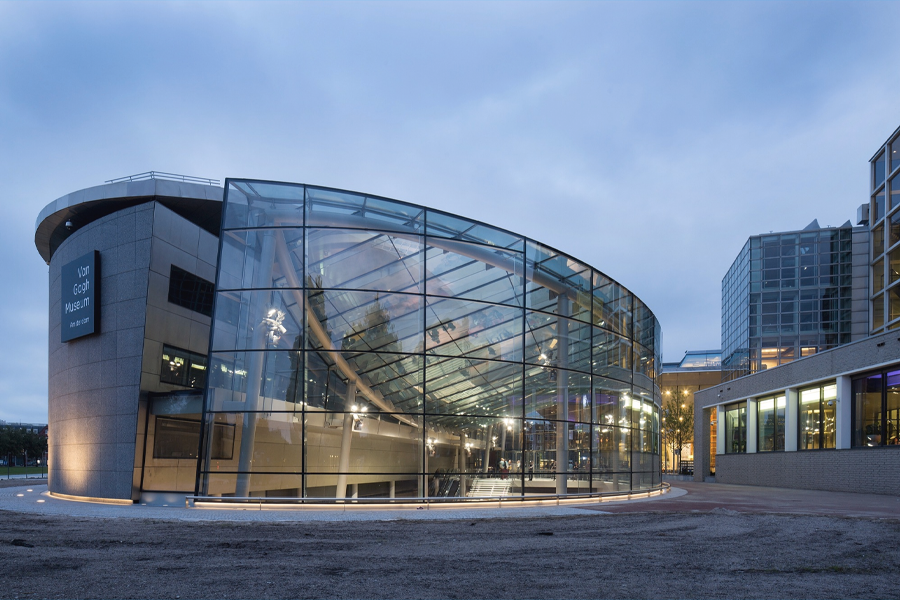 You can get up close and personal with the one-eared king of impressionist art thanks to a virtual museum tour from Google. The stunning building is an artwork itself, but inside you’ll find some of Van Gogh’s most famous works, and a wealth of information about the artist’s tortured life. 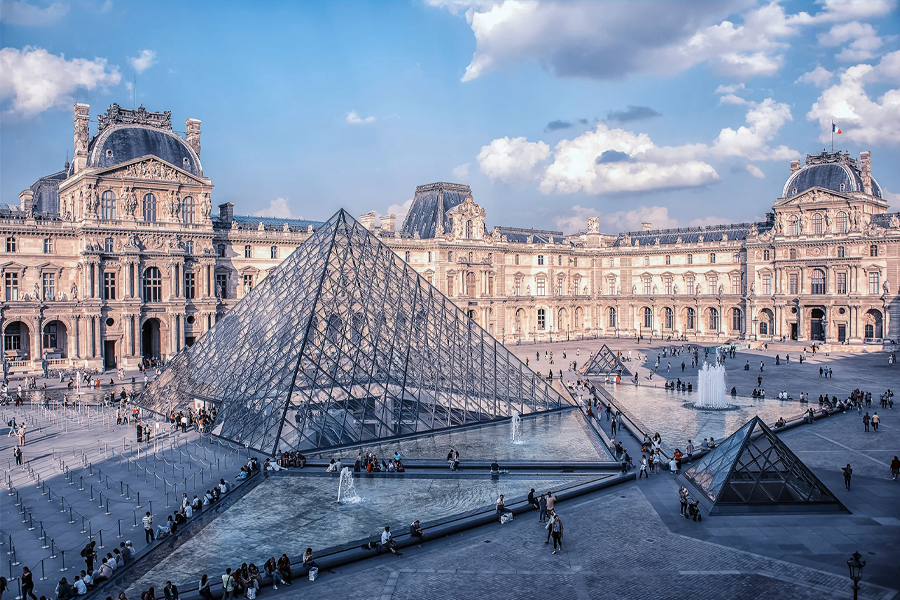 If you’re going to do a list of must-see virtual museum tours, you’ve got to add The Louvre. Aside from being the busiest museum on earth, The Louvre is also one of the largest. Home to the Mona Lisa and other priceless works, the gallery also houses Egyptian antiquities and works from Michelangelo. With this virtual museum tour, you can take a 360-degree look at the gallery, and click around the rare artifacts to get additional information on their histories. 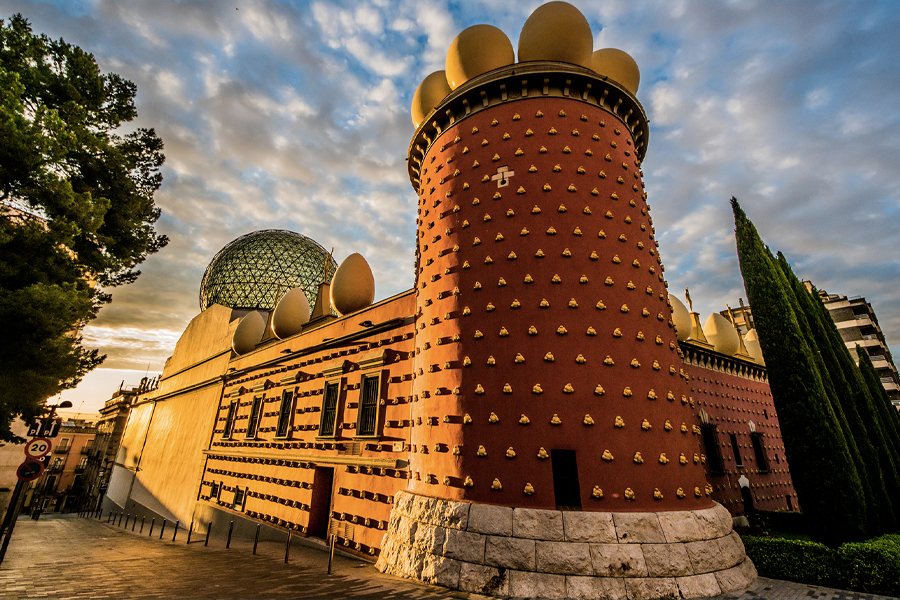 Found in the Spanish town of Figueres in Catalonia, the Dalí Theatre-Museum is dedicated Salvador Dalí museum. Here, you’ll find artworks, films and doodles from the surrealist artist and famed multi-modal maker. This virtual museum tour covers every era of Dalí’s life and career, and even houses the artist himself. Dalí was buried here back in 1989. 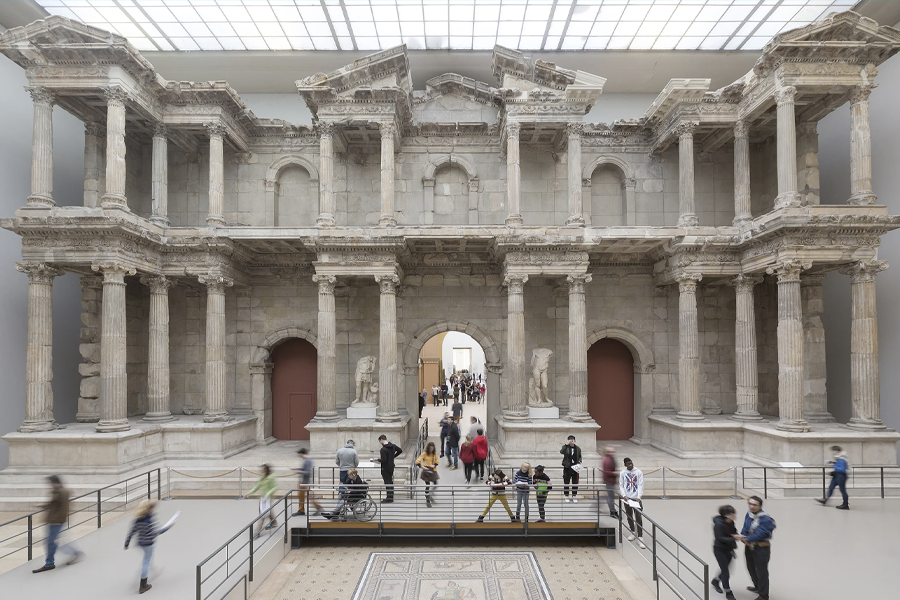 One of Germany’s largest museums, Pergamon is a huge exploration of international art and history. In this virtual museum tour, you can view a massive array of ancient artifacts including the Ishtar Gate of Babylon and, of course, the Pergamon Altar. 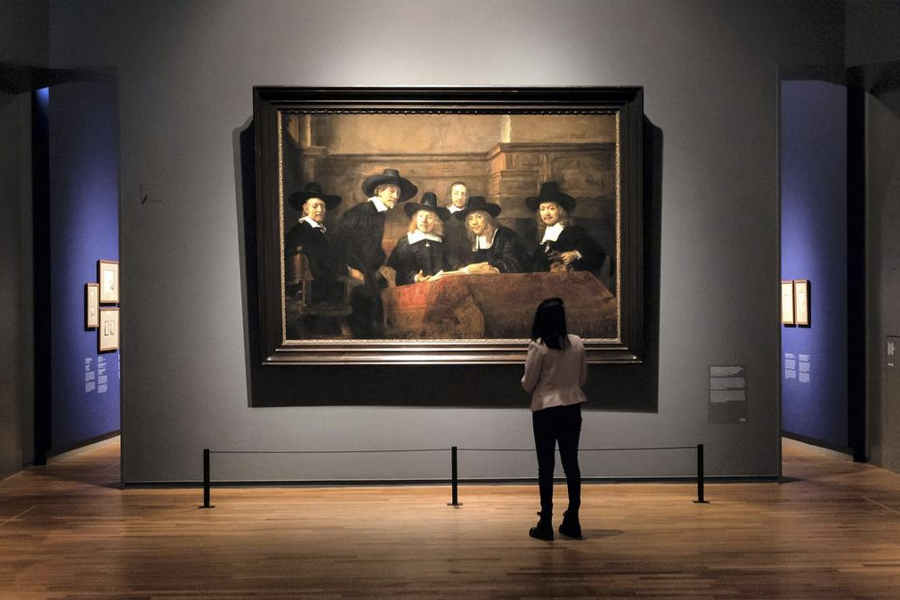 Heading back to Amsterdam, we detour to the Rijksmuseum. With a focus on masterworks from the Dutch Golden Age, the Rijkmuseum gallery features famous pieces from Vermeer and Rembrandt, among countless others. 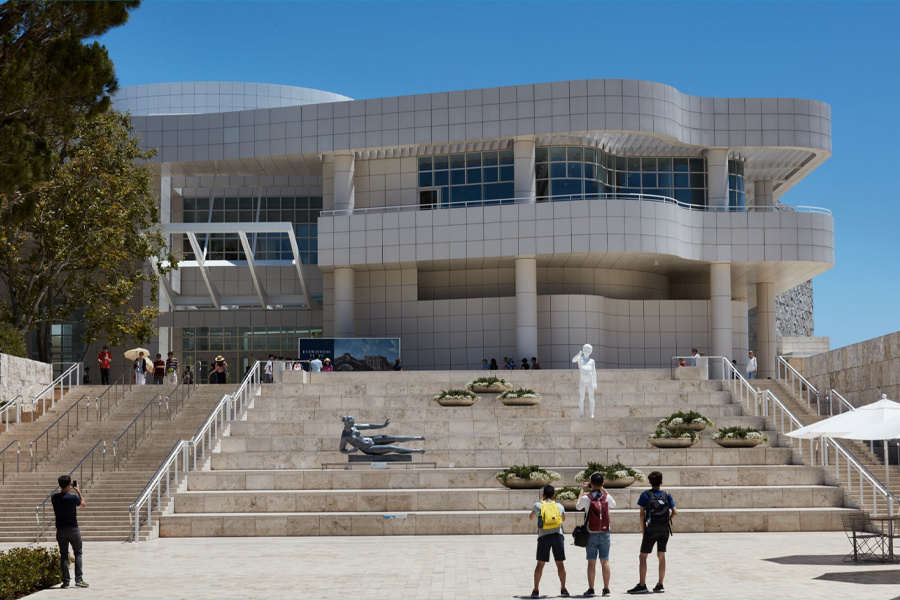 A historical icon for America, the J. Paul Getty Museum ironically houses predominantly European artworks from as far back as the 8th Century. Found in Malibu in California, this one is a must-view for anyone looking to see some early sculpture and design. 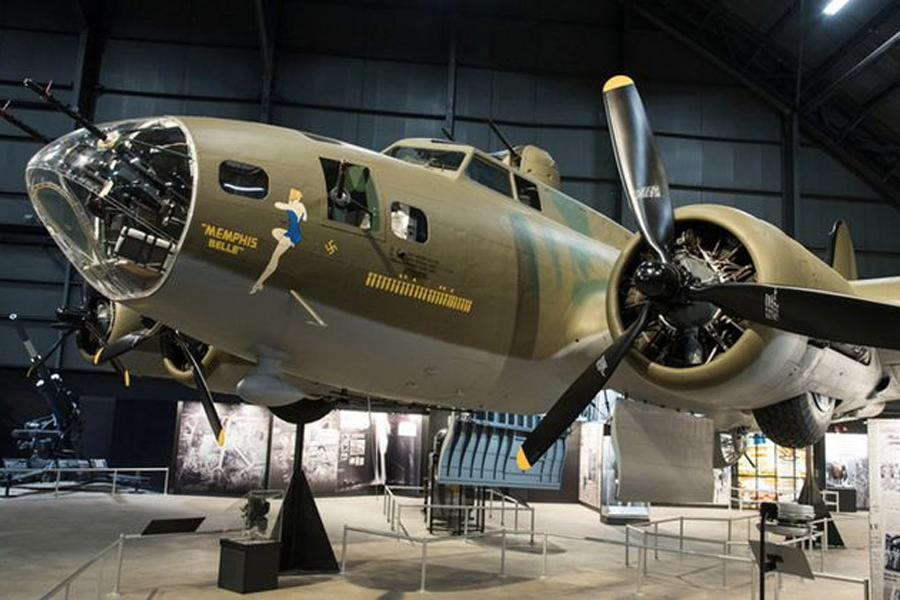 12. The National Museum of the United States Air Force, Dayton

Built back in 1923, the National Museum of the United States Air Force celebrates the aviation history of the world’s most successful military operation. You can take a look around the Wright-Patterson Air Force Base in Dayton, Ohio thanks to this virtual museum tour, with military weapons and aircraft, including the presidential aeroplanes of Franklin D. Roosevelt, Harry Truman, John F. Kennedy, and Richard Nixon on display.

The National Museum of the United States Air Force, Dayton Florence is a city famous for its art galleries and museums, but this lesser-known addition is a real hidden gem. Luckily enough, you don’t need to travel all the away to Italy to uncover it. The museum offers a virtual tour that showcases its impressive collection of famous artworks and Renaissance pieces. 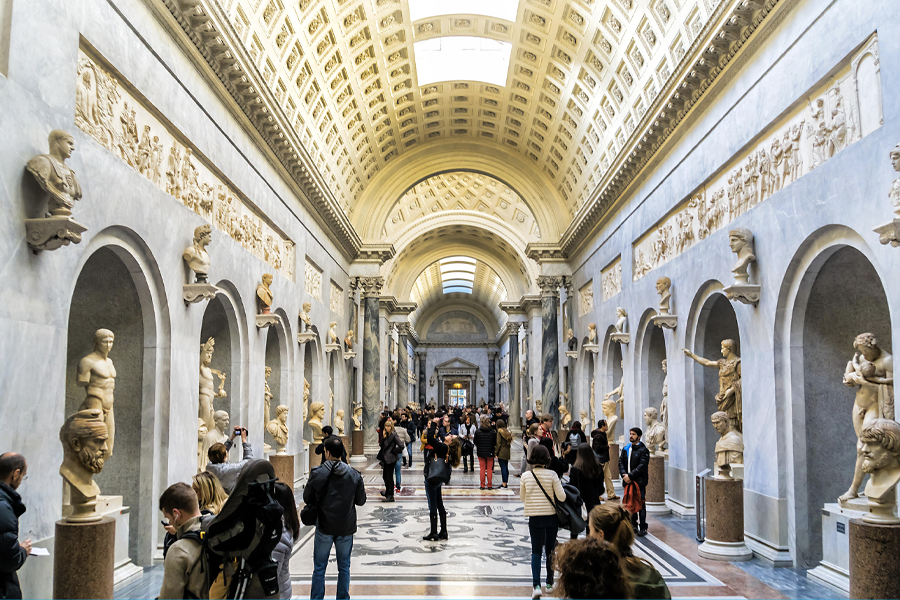 Aside from The Louvre, The Vatican Museums houses probably the most famous collection of works anywhere in the world. In this virtual tour, you can see the museums’ extensive collection of important art and classical sculptures as curated by Popes over many centuries. It’s worth logging on just to see the Sistine Chapel in all its glory.

Still got questions? We’ve got you covered.

How do you do a virtual tour?

You can complete a virtual tour of a museum, gallery or property by clicking through images and viewing exhibitions through the provided software. This may also include multimedia information and video guides.

What is the best virtual museum tour?

How much is a virtual museum tour?

Most virtual museum tours are housed through Google Arts and Culture, and as such they are free. However, independently established virtual tours may set you back a small amount to facilitate ongoing museum costs.