Eetswa lads. Here in Australia, we pride ourselves on our multiculturalism. Home to a variety of different religions, values and ways of living – you could go as far as to say that diversity is woven into the very fabric of our nation. But, in recent years, we have seen one of Australia’s more vibrant sub-cultures proliferate across the country.

Dubbed the Eshay, or Eshlad, it’s a trend that’s gripped a significant proportion of the Australian youth. Ultimately affecting the way they dress, talk and interact with the wider community. Whether you’re looking for the definition of Eshay, how to dress like an Eshay – also known as an eshay starter pack – or just what the typical Eshlad does with their spare time, we’ve got you covered.

If you’re not one for hanging around shopping malls or Coogee beach on school holidays, you may not be fully aware of what an Eshay actually is. In short, an Eshay may be identified through their eccentric clothing, crude language and volatile social practices. An understanding of these practices will allow you to spot the elusive ‘Esh’ in its natural habitat so we thought it was only right that we answer a few questions on the rapidly growing sub-culture that is Eshays. Much like David Attenborough might do if he stumbled across a particularly violent herd of porpoises.

Urban Dictionary defines an Eshay (or Eshlad) as “the name given to those small dickheads who seem to think they are top shit” and whilst this pretty much sums up the attitudes, there’s so much more work that goes into becoming a true blue card-carrying eshay.

Basically, Eshay’s are those teenagers who primarily wear Nike, adidas, Gucci and Nautica. They spend their spare time tagging trains, scaring geriatrics and smoking billies in storm drains. With a strict uniform and distinct dialect, you shouldn’t find it too hard to identify the local Eshays in your neighbourhood.

The word ‘Eshay’ is a Pig Latin derivative of the word sesh or session, which is the traditional Australian past-time of hanging out, binge drinking and taking drugs in a small to medium group of friends. How good.

Typically, Eshay’s spend their spare time collecting money for the red cross and serving the homeless at the local soup shelter. Nah, but seriously, you’re most likely to find your local Eshays hanging around shopping malls and parks terrorising the general public and making vulgar gestures to any unlucky passerbys. They’ve got the propensity to pick fights with children, scatter Maccas wrappers across otherwise spotless beaches and just generally wander around suburbs pointlessly pretending to be hard c*nts.

Most Eshs are huge fans of Aussie drill rap and worship Kerser as their patron saint. Usually, lower socio-economic class the Eshlads see themselves as a bunch of pint-sized gangsters who would ride or die for their adlays. Unfortunately, recent research suggests that at the heart of every eshay is just a small, frightened child who wasn’t hugged enough as a kid. In their eyes, the only cure is to continue to roll old ladies and ‘unch on with private school kids. 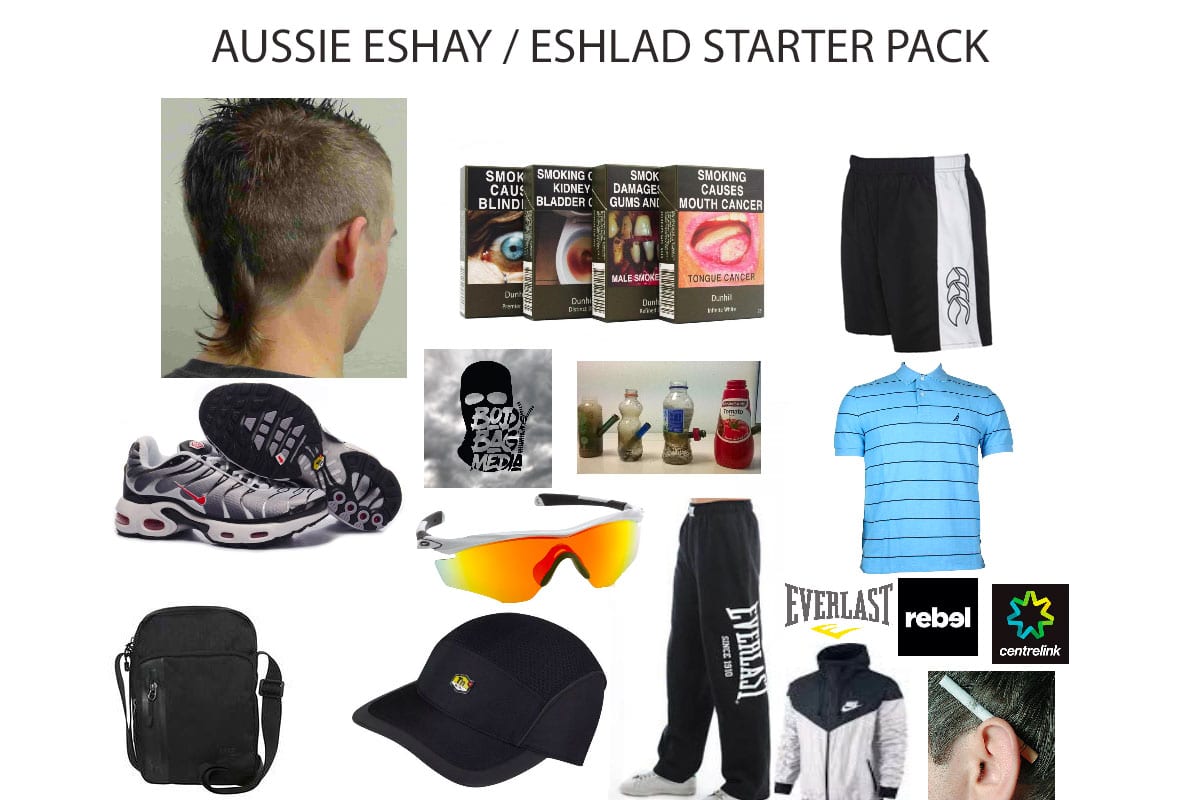 One of the most distinctive expressions by an Eshlad is the way they dress. Favouring Nike sneakers, polo shirts, trackies and a shit haircut, you’ll spot the neighbourhoods local Esh fairly easily. If you can’t find them, look around the back of the local mall and listen out for the sweet, sweet sounds of Aussie drill rap banging out of a tinny UE Boom.

To make it easy to emulate, we’ve put together a couple of staple items that are absolute essentials for anyone looking to join this sub-culture. 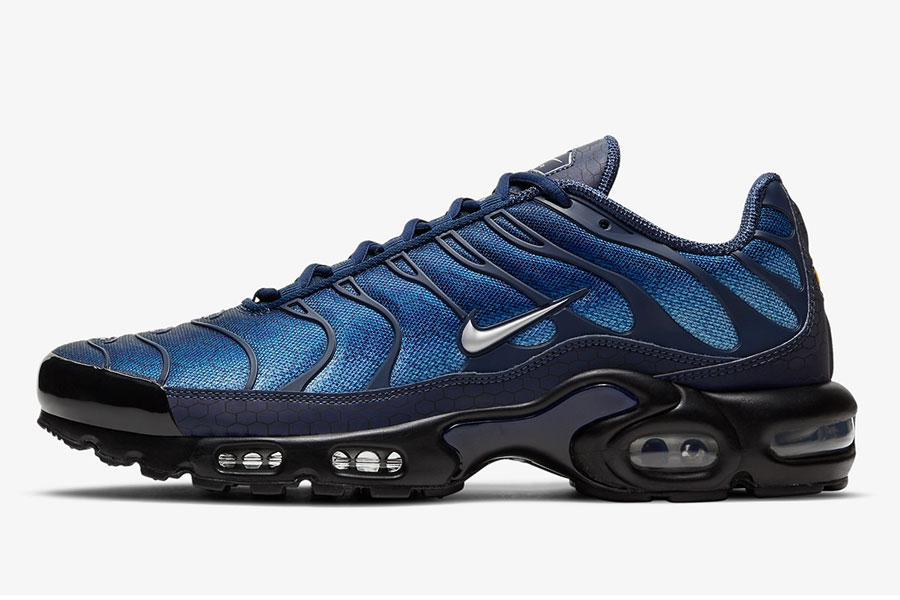 The most important part of any Eshay outfit is, of course, the shoes. Eshays should be held solely responsible for the surge in demand for the abhorrent Nike TN. Comfortably holding the crown as the most atrocious sneaker of all time, the Nike TNs have found popularity amongst these wannabe sick ‘unts due to their thick sole “making it all the easier to stomp on heads”.

If your TN’s are currently in the wash with mum trying to get the bloodstains out, feel free to dust off a pair of VaporMax’s or even Nike Air 270s (in triple black ofc). 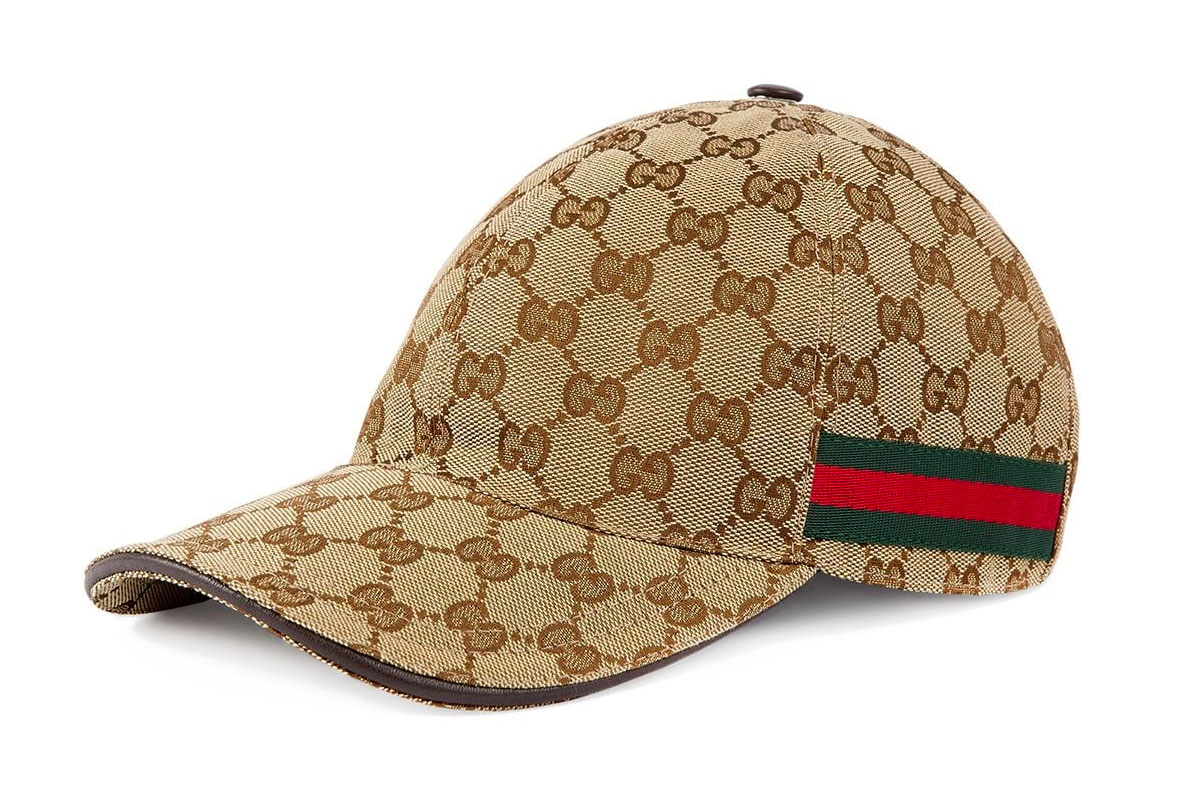 Brand culture is alive and well amongst the Eshay culture and at the top of that is Gucci and Nike. Here we see another staple in the Eshay wardrobe with the lurid Gucci cap. More often than not the hat is a fake bought down in Haymarket, but what isn’t fake is the hard AF eshay whose mullet and rats tail is poking out from underneath it. If you’re looking for a surefire way to get an Eshay to swing at you, go ahead and make fun of his hat. 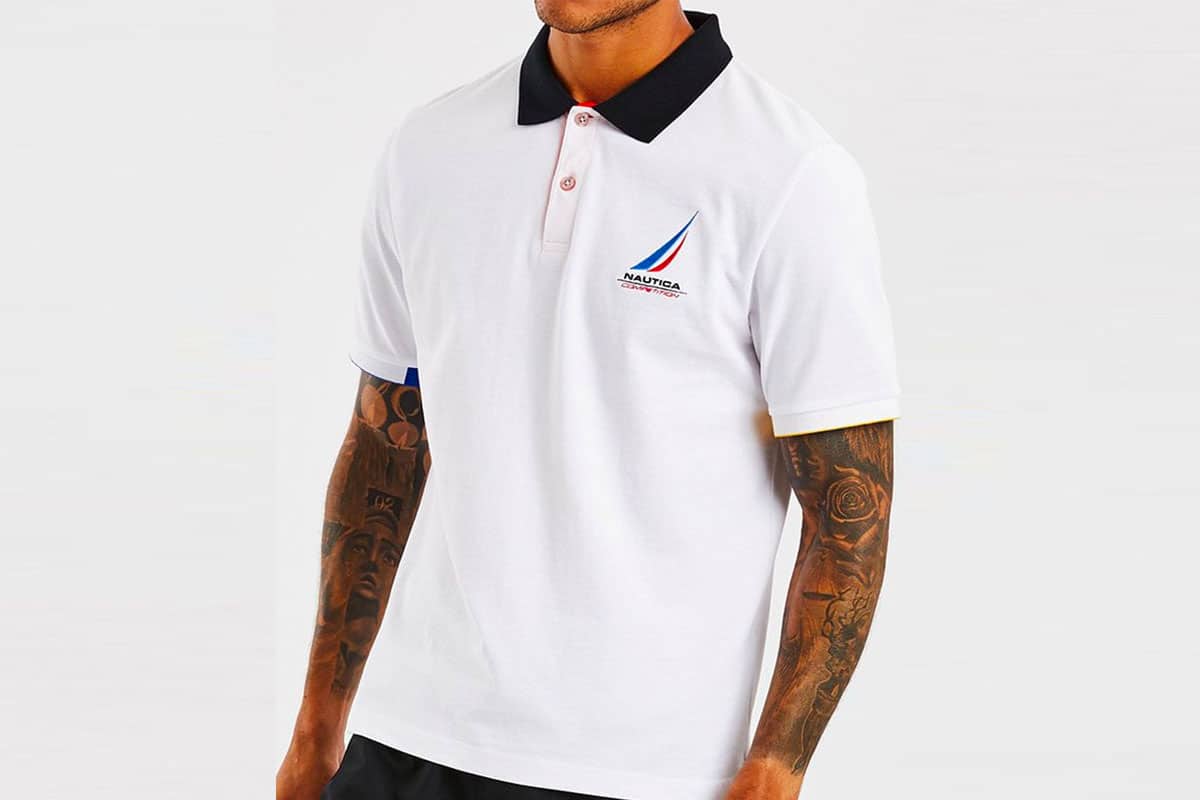 Popularised by Kerser (is the sickest), the Nautica Polo is a core component for the Eshay style. Usually stained with a mix of bong water, Maccas and blood, the Nautica polo’s offensive colouring and styling work to detract from the fact the clothes haven’t been washed in over a month. For full effect, make sure to pop your collar and have your top button done up to make you look like some stupid f*cking wannabe vampire.

While there’s no official dictionary for the Eshay vocabulary, most of what they say is a bastardised pig-latin version of stuff you’d hear every day but, to help we’ve put together a short list of their most-used terminology and slang. Throw a couple of these phrases around and you’ll be rolling granny’s with the adlays in no time.

An eshay (or eshlad) is the name given to those small dickheads who seem to think they are top shit. Generally, they're young men who hang around train stations wearing stupid clothing and terrorising old ladies.

How to spot an Eshay

You'll identify your local eshay by the way they dress and the way they talk. Usually an Eshay will be sporting a pair of Nike TN's, a polo with the top button done up and an abhorrent mullet. If you hear them speak, you'll notice the strange dialect of bastardised pig latin.

How to be an Eshay

Well, first and foremost, don't be an Eshay. But if you feel this is your true calling, again, don't.