Fittingly named “Apple Park,” the new headquarters for tech giant Apple cost a staggering $5 billion. It’s not surprising to see why when you check out all that the headquarters offers—which you can do with Tech Visions YouTube video, “Inside the $5 Billion Apple Headquarters.”

You’ll also like:
Every Golfer’s Dream: Fielding House is Perched Atop a Stunning Links Course
Step Inside ‘Rainbow Six’ Author Tom Clancy’s Insane Triple Penthouse
Get Your DIY On With This Flat-Pack House From MUJI

Built in Cupertino, California, the Apple Park is built on 176 acres and took eight years to go through the planning, proposal, permit application, and construction processes. In 2017, the 12,000 Apple employees began working from the “spaceship,” filling in the four-story, 2,800,000 square foot building. While the building is immense, it’s also ecofriendly.

Steve Jobs required that the campus be more like a nature refuge than an office park, so some 80 per cent of Apple Park is green space that has been planted with drought-resistant trees and indigenous plants. Large orchards dot the property and supply fruit for the cafeterias. The roof is covered in solar panels, which provide approximately 75 per cent of the campus’s power needs. The building is also designed to resist earthquakes. 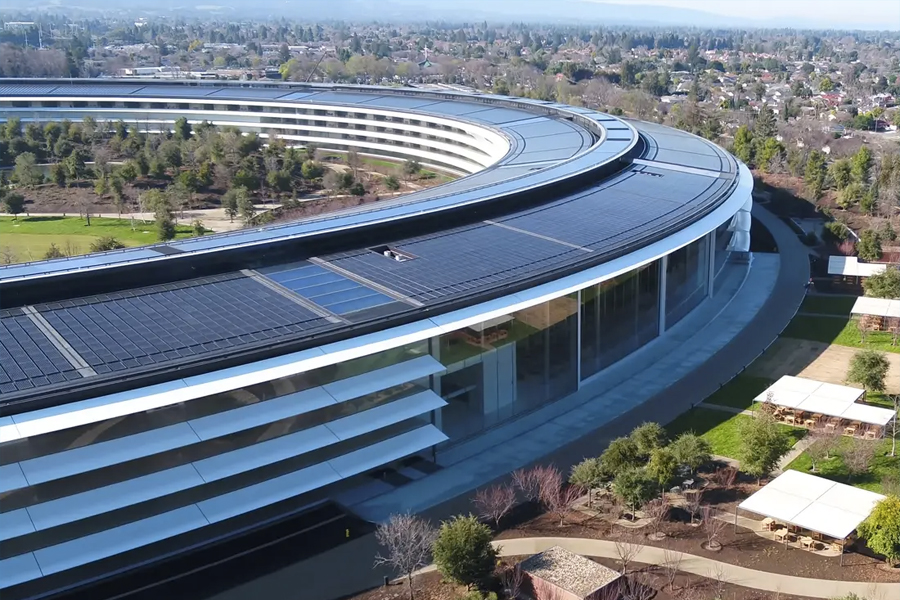 The cost of the building reached such astronomical levels in part because of the circular design. Jobs explained, “It’s a circle, so it’s curved all the way round. This is not the cheapest way to build something. Every pane of glass in the main building will be curved. We have a shot at building the best office building in the world. I really do think that architecture students will come here to see it.”

That circular building is immense, measuring one mile in circumference—buses and bikes are provided for employees to get from one end of the campus to the other. Under the building is a network of roads and parking spaces. The campus also features seven cafes and a 100,000 square foot fitness centre. The Steve Jobs Theater seats 1,000 people. There are also two large buildings for the research and development facilities as well as a care clinic for employees. There is a visitor centre for people to check out, but the majority of the campus is closed to the public, so you’ll have to check out the video to learn more—or get hired on at Apple. 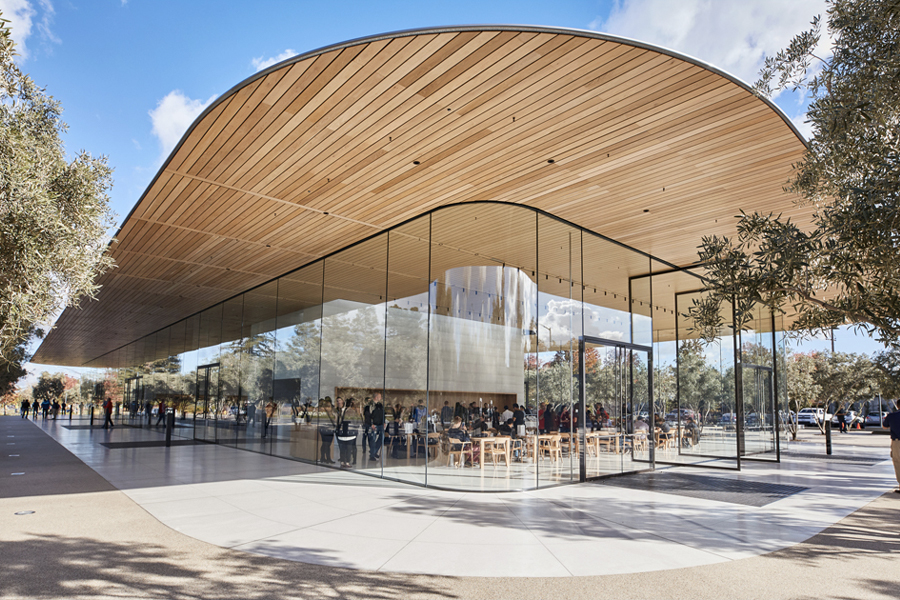 You’ll also like:
Sydney Suburb Introduces Environmental Sensors that Track Your Health and Fitness
Step Inside ‘Rainbow Six’ Author Tom Clancy’s Insane Triple Penthouse
Get Your DIY On With This Flat-Pack House From MUJI 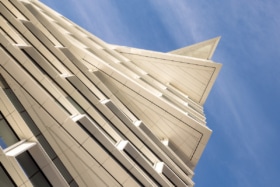