If the thought of a sub-$700 Ferrari gets you a little hot under the collar, you might want to listen up. After months spent on the wishlists of big kids worldwide, the iconic Ferrari Daytona SP3 may finally be within reach, just don’t expect to get behind the wheel. Danish brick-lords LEGO have put their signature design talents into arguably the most impressive recreation in the Technics lineup, dishing out a 3,778-piece variation of the V12 beast for your viewing pleasure.

You’ll also like:
The Ferrari Daytona SP3 Costs $3.1 Million, But It Could Be More
A Life-Sized LEGO McLaren F1 Car Just Rolled Into the Australian GP
LEGO Technic BMW M 1000 RR Has a Working 3-Speed Gearbox The new 1:8 scale model pays homage to the classic sports car, complete with nods to the vehicle’s elegant styling and effortlessly contemporary design language. Best of all, the new LEGO Technic Ferrari Daytona SP3 features a working 8-speed sequential gearbox and even houses a paddle shifter for the true racing aficionado. Following in the footsteps of the much-revered LEGO Technics Lamborghini Sian, the latest release blurs the lines between form and function by adding movable pistons and realistic silver lacquered rims.

“This model is a testament to the pursuit of excellence that lies at the core of the Ferrari and LEGO Group ethos,” LEGO Group CEO Niels B. Christiansen said in a statement. “No detail has been overlooked in the design and as someone with an engineering background myself, I’m blown away by the attention to detail and precision of the model at such a small scale.” 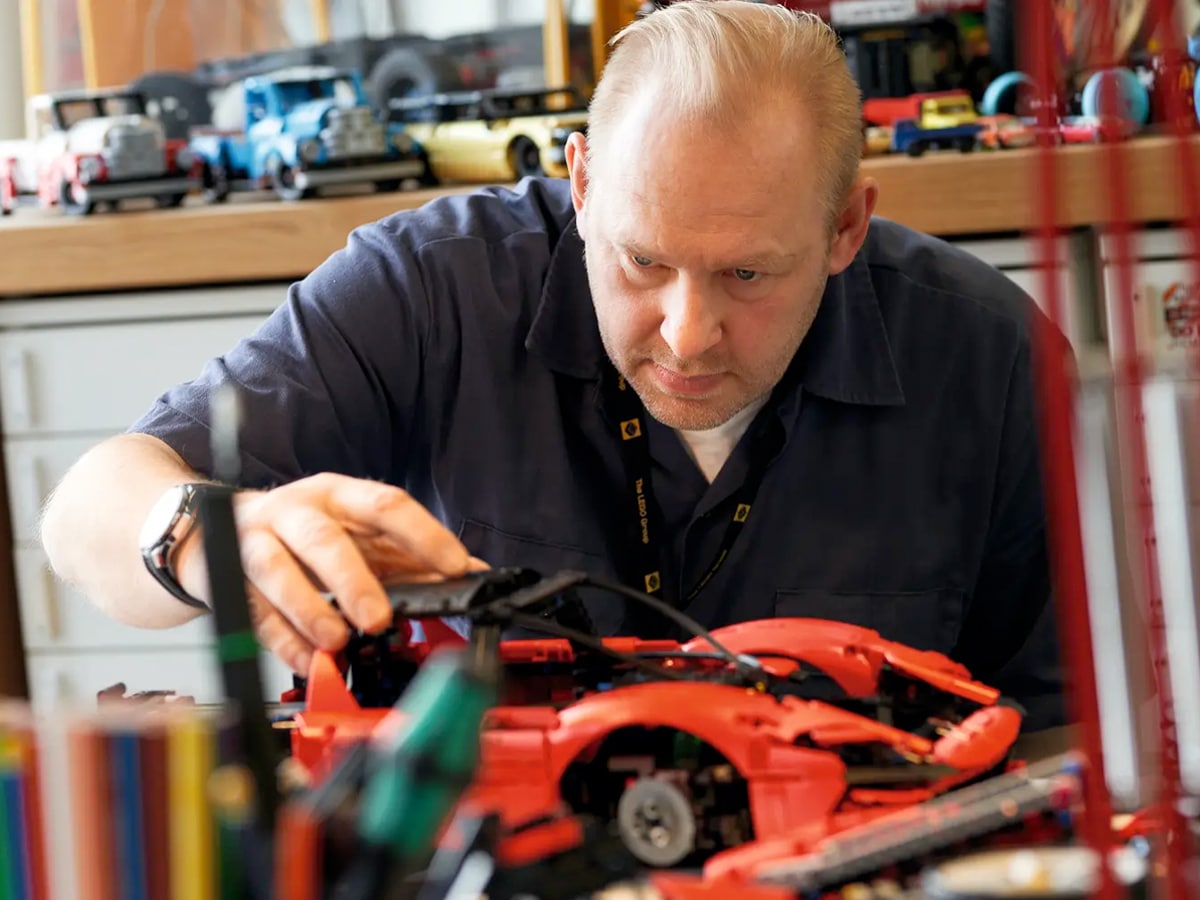 The new Ferrari Daytona SP3 marks the fourth entry in LEGO Technic’s Ultimate Car Concept series, which celebrates the best-loved sports cars of the modern era. Slightly bigger and more detailed than other LEGO-branded releases, the latest foray measures just over 5.5. inches high, 23 inches long and 9.5 inches wide, casting an imposing shadow wherever you choose to display it. Just like the original supercar, the Ferrari model also comes with opening butterfly doors, with a hidden surprise for collectors. Once opened, the hood reveals a unique serial number that unlocks special online content.

Impressively, a breathtakingly accurate model isn’t the only thing those lucky enough to get their hands on the Technics release will score. Ferrari and LEGO have also teamed up to provide an exclusive coffee-table-style book that reveals stunning behind-the-scenes images and stories of the design in question. The bound book is limited to just 5,000 copies and features exclusives information on the collaborative process of the model, from the very conception all the way through to the build, along with interviews with LEGO Group and Ferrari designers. 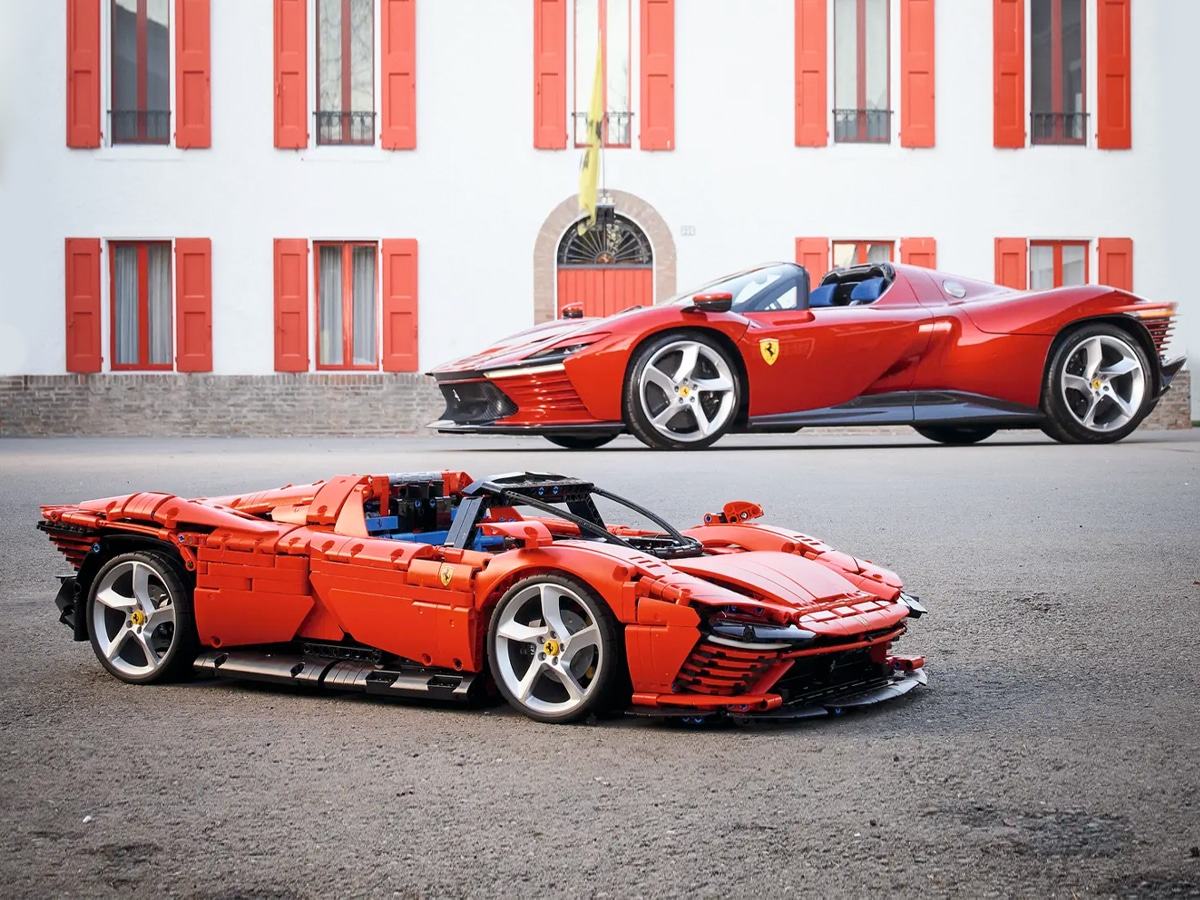 “Thanks to this outstanding recreation with LEGO elements, Ferrari and LEGO fans can now build this car piece-by-piece and feel like they are participants in the assembly process, with the opportunity to display the final model in their own homes, where they will be able to appreciate its beauty,” Flavio Manzoni, chief design officer at Ferrari said.

The LEGO Technic Ferrari Daytona SP3 will be available exclusively in LEGO stores globally from June 1, before making its way to wider retailers in August. Beware, however, as the latest Technics release will set you back USD$399.99 (AUD$659.99), proving that while it may be cheaper than the real thing, it’s still a Ferrari. 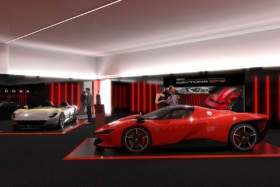