The auction house is confident that this is the “Finest Known Example” known to man and with only six left in existence (three rumoured to be ‘PSA Gem Mint 10’ examples) the team are asking those who hold them to bring the cards forward and put them side-by-side with this SGC Mint+ 9.5 and its “1985 Rosen Find – Finest Known Example” moniker to see who owns the finest sports trading card ever made. The sale follows a AUD$6.6 Million 1952 Topps Mickey Mantle PSA 9 sale in January 2021.

Related: Looking for more priceless pieces of history? Check out all our auction coverage here.

The Provenance of the “Rosen Find” Mantle Card

Like any fine piece of art, provenance is just as important in trading cards, and this 1952 Topps Mickey Mantle card holds some of the best in trading lore. If you’re looking for a full explanation of “why” your average Mantle card is worth seven or eight figures, we’ll refer you to the auction house website where they explain the ‘burial at sea’ history of the #311 cards in full detail. What sets this Mantle apart is the history and a man called Al Rosen, or ‘Mr Mint’ as he was known.

The 1952 Topps Mickey Mantle #311 SGC Mint+ 9.5 ‘Rosen Find’ story began with a telephone call from a gentleman in suburban Boston claiming to possess a large collection of ‘Mint Condition’ 1952 Topps high numbers. His father had been a delivery driver for 1952 Topps distribution and a case of the unused product had been sitting in the basement for over thirty years.

Rosen explains the full history behind the card in the video above. It’s well worth a watch.

Has the Card Changed Hands Before?

Yes, the card has changed hands a few times in the past, including;

When Giordano bought the card back in 1991, Mr Mint inscribed a note to the family inside his card investing book, “Mr Mint’s Insider’s Guide to Investing in Baseball Cards and Collectibles,” with the words, “To Tony & Ralph , Nice meeting you at M.S.G. Thanks for your purchase of the 52 Mantle. It’s the best in the world. Your Pal, Alan Rosen, Mr Mint.”

Will we ever see a trading card sell for more? Only if the rumoured ‘PSA Gem Mint 10’ cards appear. More information on the 1952 Topps Mickey Mantle #311 SGC Mint+ 9.5 – 1985 Rosen Find – “Finest Known Example!” can be found via the auction link below. 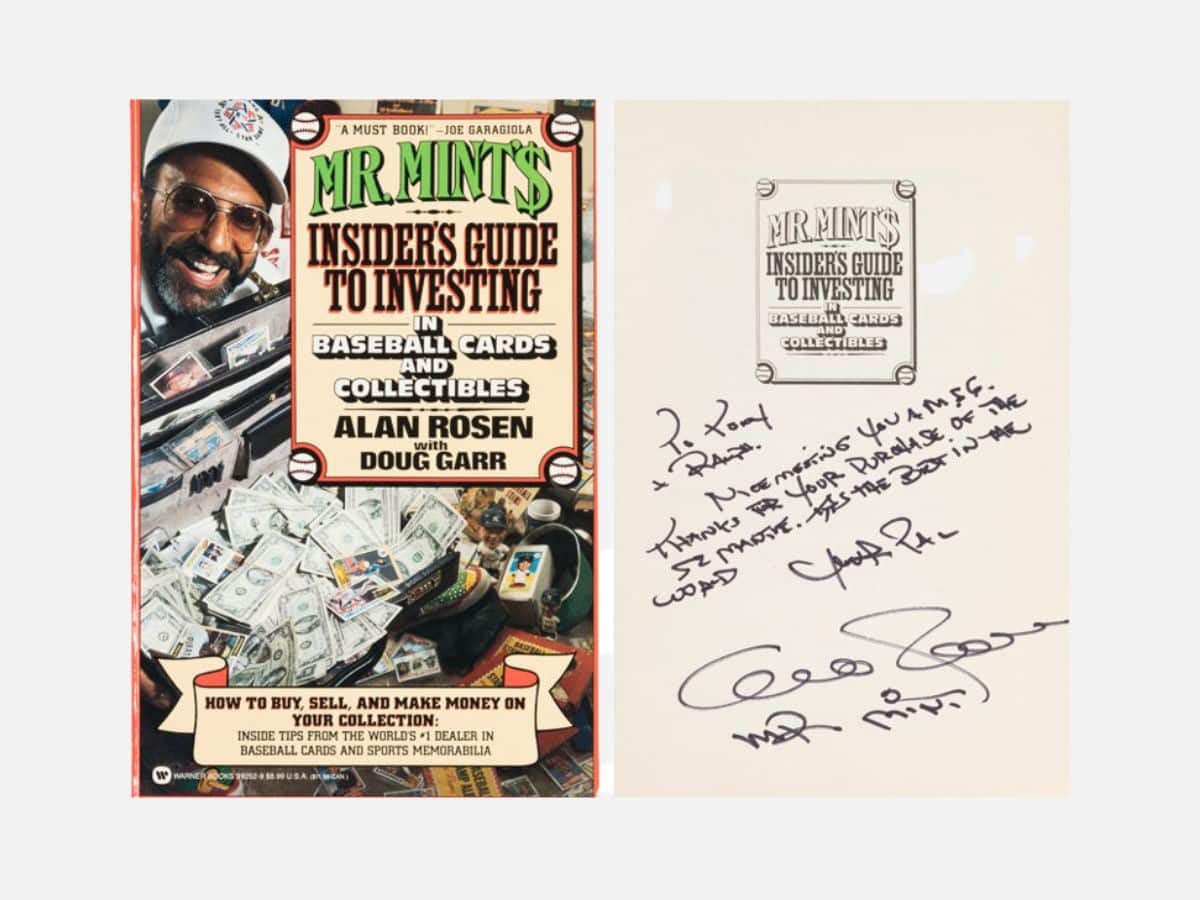 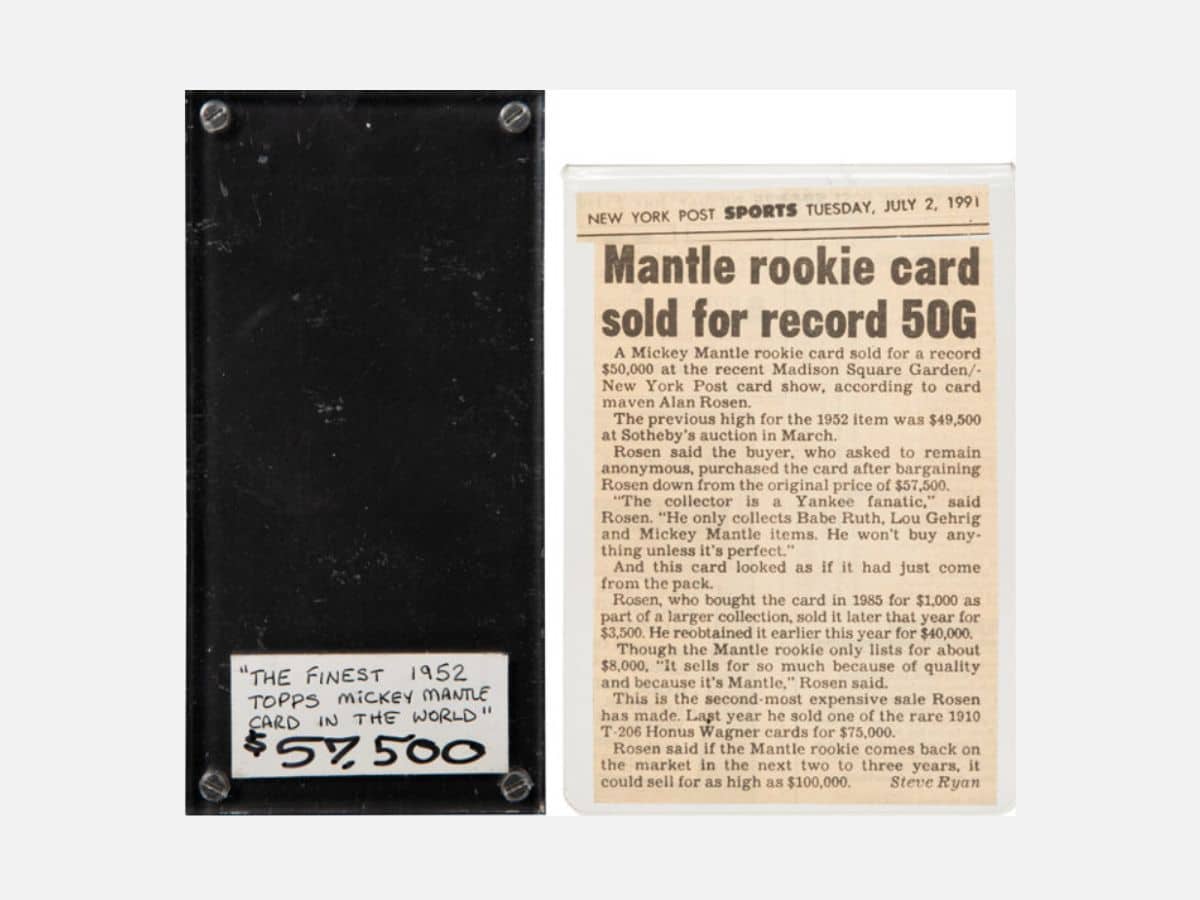 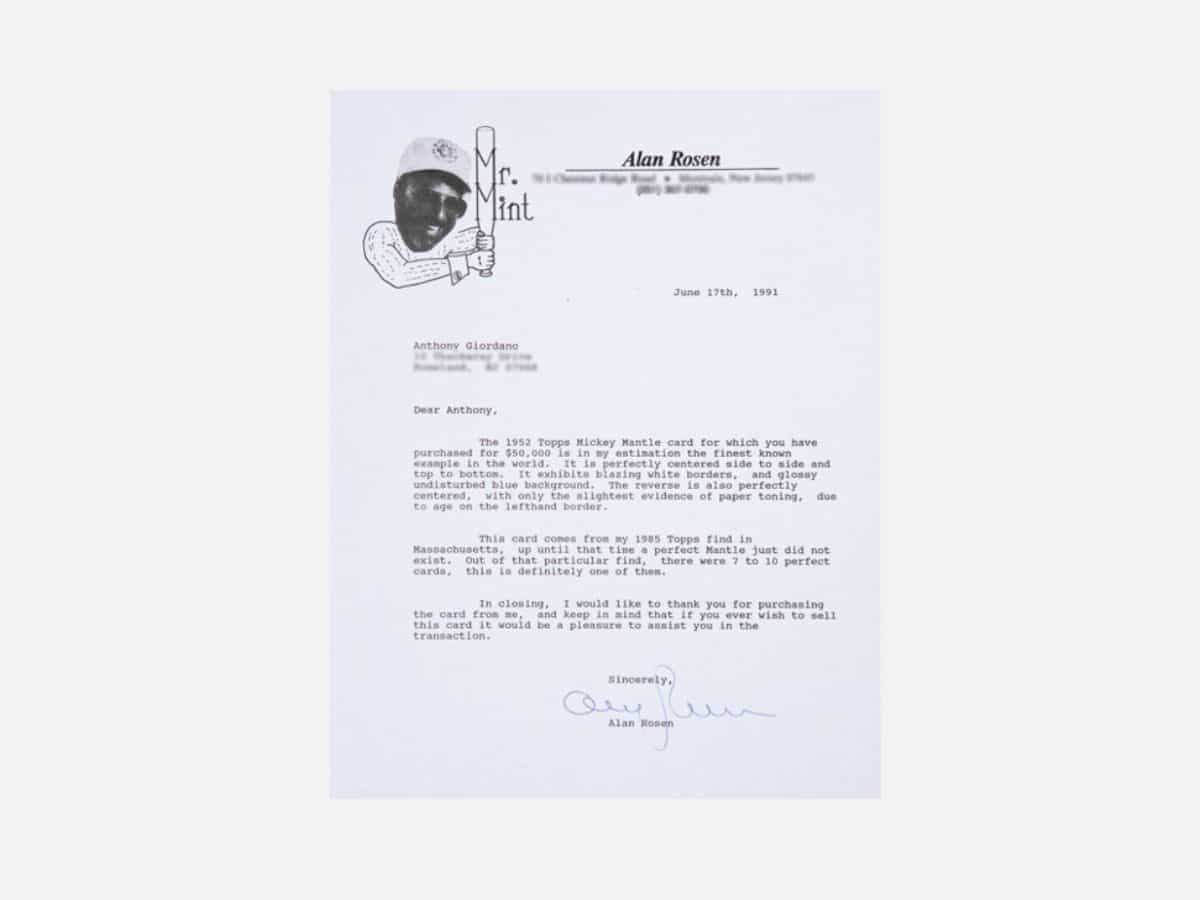 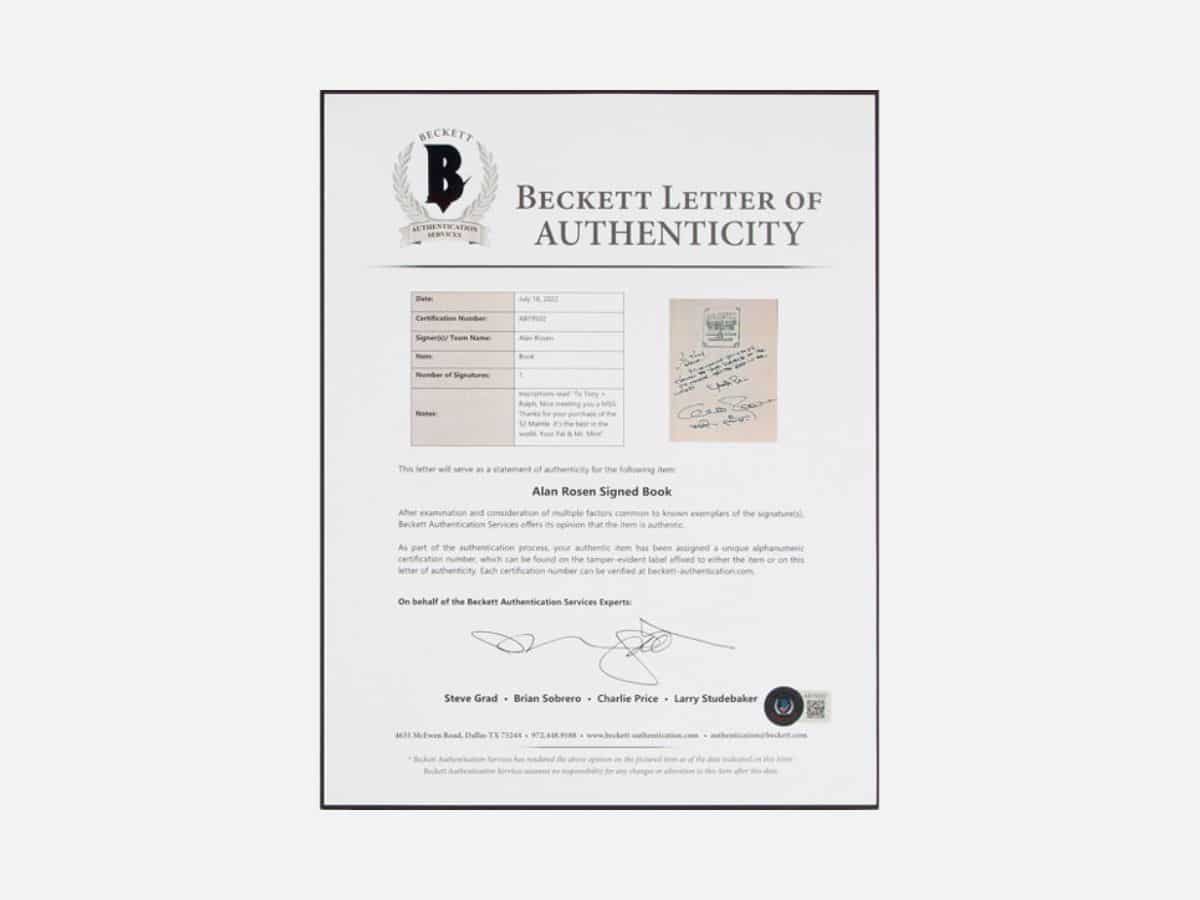 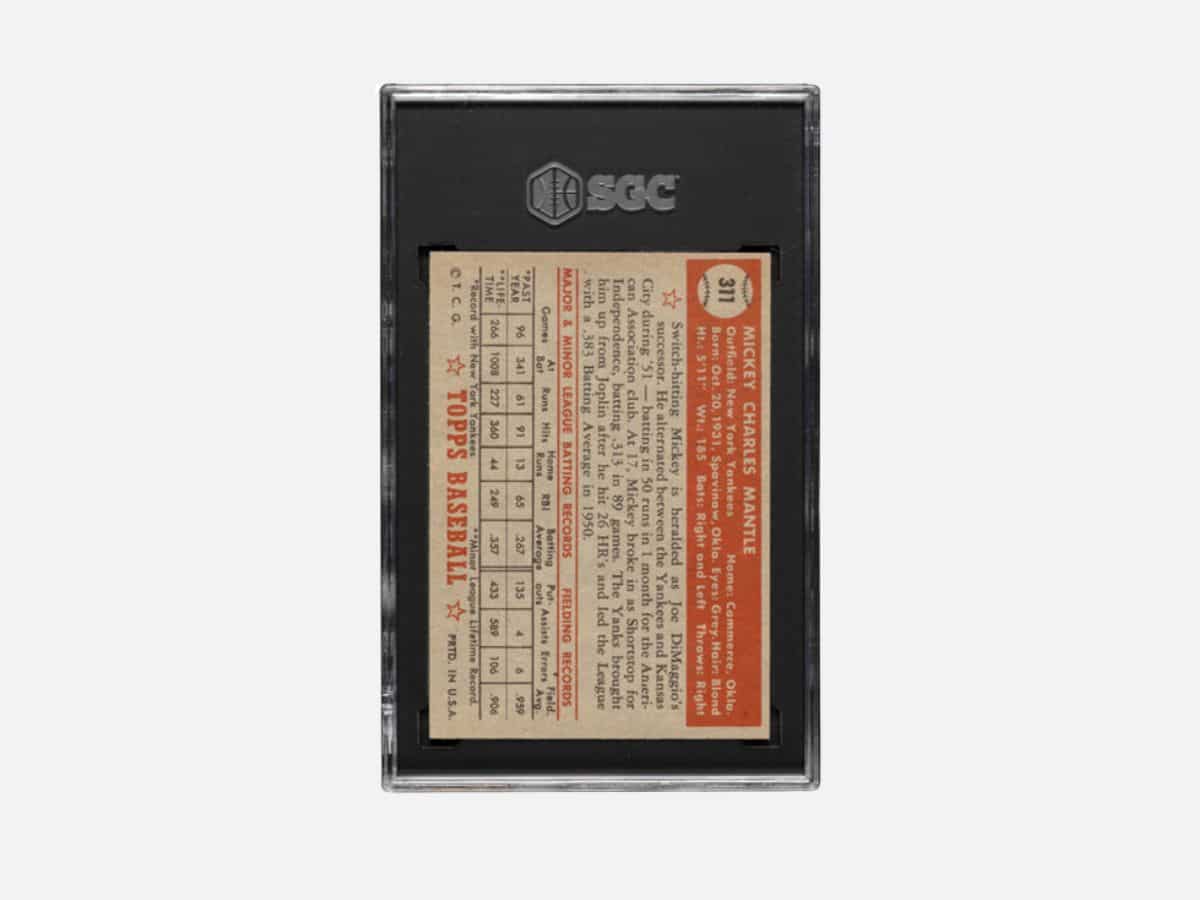