Formula 1 (F1) has made the bold decision to pull the Russian Grand Prix from its race calendar, following the country’s swift invasion of Ukraine. Announcing the move, F1 confirmed it would be “impossible’ to facilitate the Sochi-based race under the current conditions, which see fighting across the eastern and northern borders of Ukraine, with thousands fleeing their homes in search of safety. 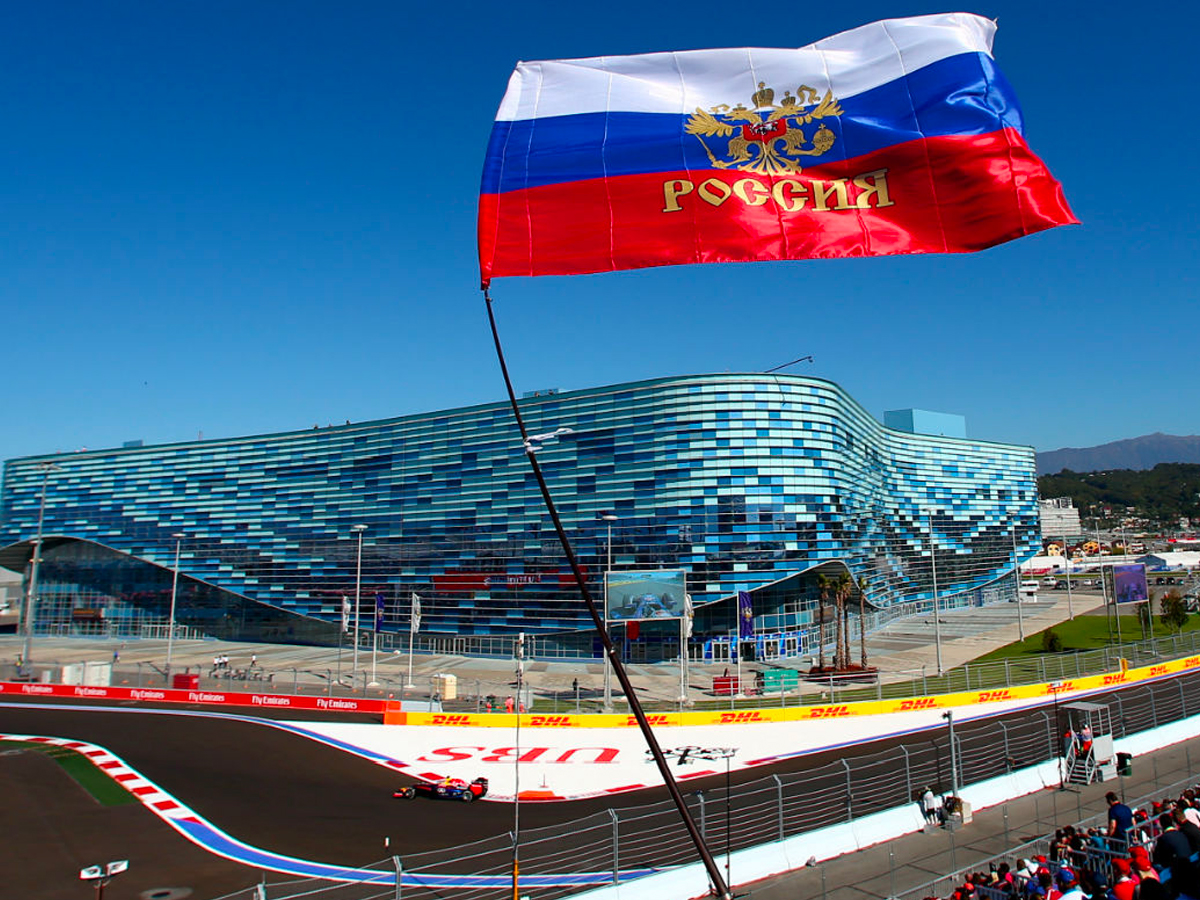 Originally slated for September 25, the F1 Russian Grand Prix is a street-circuit event that is renowned for its stunning historical scenery. While it is generally considered to be a cultural highlight on the racing calendar, recent pressure has mounted on F1 to ditch the race in line with the vast number of sanctions currently being placed on the country. On Friday, the F1 said it would “monitor the situation closely”, however, just one day later the racing organisation confirmed that the event would not go ahead.

“The FIA Formula 1 World Championship visits countries all over the world with a positive vision to unite people, bringing nations together,” a statement from the F1 read. “We are watching the developments in Ukraine with sadness and shock and hope for a swift and peaceful resolution to the present situation. On Thursday evening Formula 1, the FIA, and the teams discussed the position of our sport, and the conclusion is, including the view of all relevant stakeholders, that it is impossible to hold the Russian Grand Prix in the current circumstances.”

For Formula 1, the contention surrounding the event was compounded by a series of driver and team-led boycotts, driven by Russian backed team Haas, four-time World Champion Sebastian Vettel and defending champion Max Verstappen. For Friday’s final day of testing in Barcelona, Haas, which generally features the colours of the Russian flag in reference to its sponsor Uralkali, performed in a plain white car, an apparent show of solidarity for the Ukrainian people. For drivers Vettel and Verstappen, the decision to boycott seemed obvious.

“I think it’s horrible to see what is happening. Obviously, if you look at the calendar we have a race scheduled in Russia. For myself, my own opinion is I should not go, I will not go. I think it’s wrong to race in the country,” Vettel said via news.com.au. “I’m sorry for the people, innocent people that are losing their lives, that are getting killed for stupid reasons and a very, very strange and mad leadership…So we will see going forward, but I think my decision is already made.”

Naturally, the F1’s decision to cancel the event has been met with contention, however, the overwhelming response on social media has been positive. McLaren Racing endorsed the decision, alongside several world leaders, including Australian Prime Minister Scott Morrison, who had previously called on the organisation to ditch the event. But despite the positive response, not everyone has received the memo.

Football’s governing body FIFA made the strange decision to not expel Russia from World Cup qualifying, instead opting to allow the squad to play using the ‘RFU’ acronym. The organisation proposed a range of measures, including a ban on Russia’s name, flag and anthem and a neutral site for its games, but several national teams believe it does not go far enough. Poland, Sweden and the Czech Republic have all refused to play Russia under any circumstances in protest against Russia’s invasion of Ukraine.

“FIFA condemns the use of force by Russia in Ukraine and any type of violence to resolve conflicts,” the governing body said in a statement. “Violence is never a solution and FIFA calls on all parties to restore peace through constructive dialogue. FIFA also continues to express its solidarity to the people affected by this conflict. Regarding football matters in both Ukraine and Russia, FIFA will continue to monitor the situation and updates in relation to the upcoming FIFA World Cup Qatar 2022 qualifiers will be communicated in due course.”

"The Czech FA executive committee, staff members and players of the national team agreed it's not possible to play against the Russian national team in the current situation, not even on the neutral venue.

We all want the war to end as soon as possible." pic.twitter.com/NQK6YGNoHJ

The FIFA sanctions on Russian mirror those put in place by the International Olympic Committee after a  Russian state-sponsored doping program was uncovered a few years ago. Widely ridiculed as inadequate by athletes, the sanctions did little to quash resentment, raising confusion over why FIFA would follow suit with regard to an objectively larger global issue.

“No more words, time to act! Due to the escalation of the aggression of the Russian Federation towards Ukraine the Polish national team does not intend to play the play-off match against Russia. We are in talks with (Sweden) and (Czech Republic) federations to bring forward a joint statement to FIFA,” Cezary Kulesza, president of the Polish Football Association tweeted on Saturday.

In response to FIFA’s sanctions, the England national team announced it will not play Russia in football matches at any level “for the foreseeable future”. A statement confirming the decision revealed it had been made “out of solidarity with Ukraine and to wholeheartedly condemn the atrocities being committed by the Russian leadership”.

With the sporting world turning its back on Russia and a series of high profile athletes voicing their advocacy for a boycott, pressure is mounting on FIFA to instal a full-scale expulsion. It might not be as simple as following F1’s lead, but the groundwork has already been laid and Gianni Infantino, the organisation’s president has confirmed further action isn’t off the table.

“We continue to monitor the situation. We will update on the World Cup qualifiers soon,” Infantino said. “We can take decisions immediately as soon as it’s needed.”