It’s official, six-time Ballon d’Or winner and arguably the best footballer in the world, Lionel Messi is headed to Paris Saint-Germain. The Argentinian dynamo has signed a two-year contract with the French team, which includes an option for a third year, the club said in a statement. The move comes just days after his childhood team Barcelona, where he played 778 games and scored 672 goals, revealed it could no longer commit to the five-year over €200 million deal he signed earlier in July. It presented the first time in his illustrious career that Messi was without a home and firmly on the market.

For football fans, Messi’s move marks a reunion of sorts. The Argentine will now join an already formidable PSG attack that includes Brazil’s Neymar and French World Cup winner Kylian Mbappe. Messi, of course, served as somewhat of a mentor for PSG’s Neymar, who began his career alongside the star player at Barcelona before moving to France. Seeing the two line up side by side has long been the dream for football fanatics. Now, they get their wish.

“I am excited to begin a new chapter of my career at Paris Saint-Germain,” PSG quoted Messi as saying. “I am determined to help build something special for the club and the fans, and I am looking forward to stepping out onto the pitch at the Parc des Princes.”

While confirmation that Messi is joining PSG has finally put an end to speculation over the Argentinian’s future, one question has been left unanswered. With a former contract worth in excess of £425 million and a signed, but no defunct deal priced at around £200 million, just how much is Messi’s PSG contract worth? According to London’s Daily Telegraph, a cool £53.8 million (AUD$101 million) a year, a figure that was reiterated by Forbes.

While it might not seem like much compared to his previous earnings, but the 34-year-old stands to make some serious money off the pitch. When you factor in his bonus and a cut of player rights, including jersey sales, it could be a significant chunk of money. For reference, when Cristiano Ronaldo transferred to Italy’s Juventus in 2018, the club sold USD$61 million worth of his jerseys in 24 hours. You can expect Messi-mania will have a similar effect.

In terms of payments, Messi’s new contract will likely keep him ahead of his longtime rival Cristiano Ronaldo (USD$70 million) and his new teammate Neymar Jr. (USD$76 million) with his on-field pay. With more than USD$1.2 billion in career earnings before taxes and agent fees, the former highest-paid soccer player in the world scores around USD$33 million in endorsements from partners adidas, Anheuser-Busch InBev and Gatorade. Suffice to say, he should easily keep his spot in the world’s highest-paid athletes.

With Messi in the French capital, PSG is primed to dominate France’s Ligue 1 and the international stage. The club owns seven of the last nine French league titles and reached the UEFA Champions League final in 2020. Putting two of the most powerful offensive weapons, who have a long-standing history together, is a sure-fire way to turn a great side into a dynasty. To all other teams in Europe, good luck. 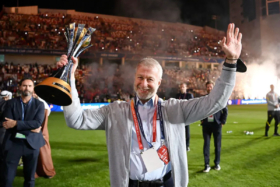