The fans have spoken and the response has been deafening. Rugby league tragics have reacted to reports of a player boycott in remarkable fashion this week, taking to social media to share their support for the nation’s LGBTQI+ community, and they’ve put their money where their mouths are. Just hours after it went on sale, the controversial Manly Sea Eagles Pride jersey sold out, leaving the sporting community stunned and the league in a compromising position. 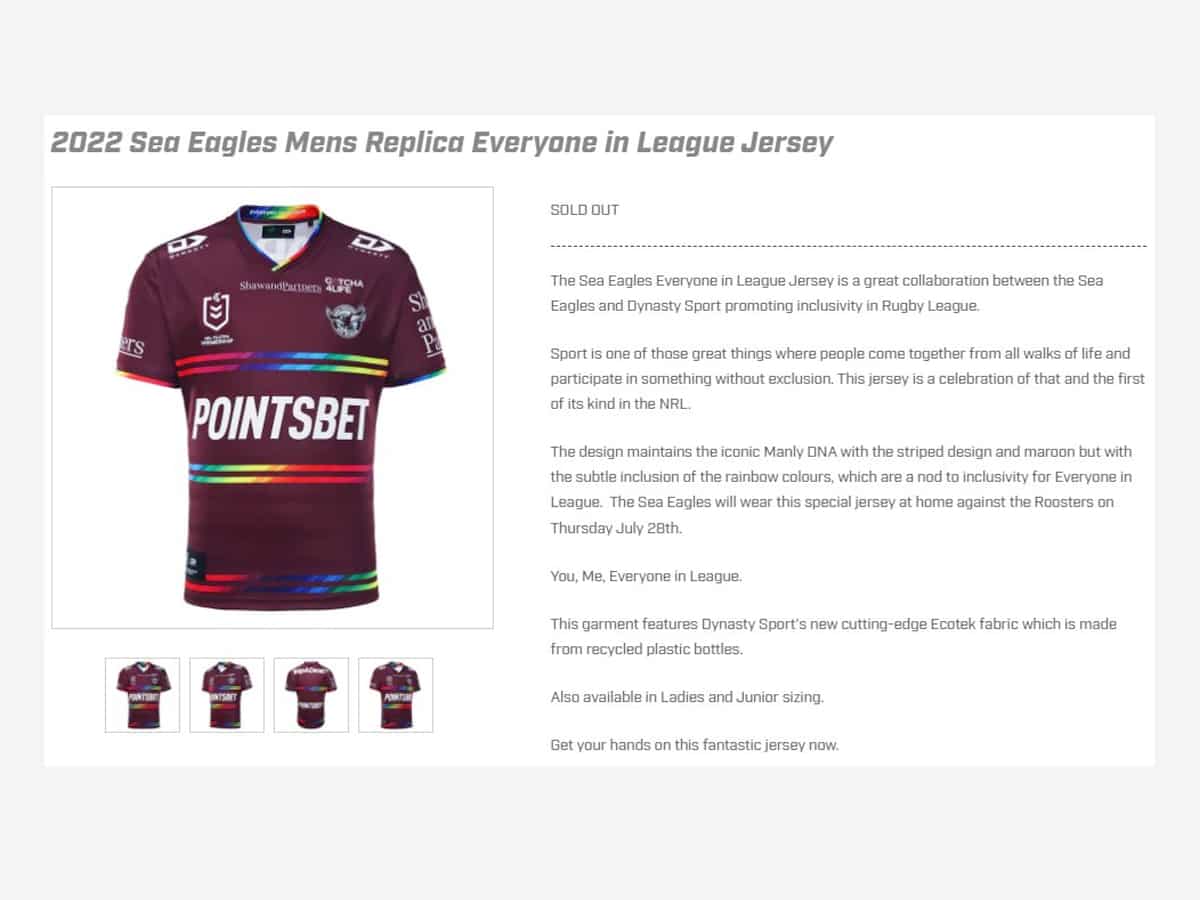 On Monday, News.com.au‘s James McKern revealed that seven Manly Sea Eagles players had informed the club they would stand down for Thursday’s game with the Sydney Roosters, in response to the newly-introduced pride jersey. The uniform, which is set to be worn for just one game, features rainbow piping and trim in an effort to show solidarity with the LGBTQI+ community. However, while the jersey may have been conceived with the best intentions in mind, not everyone was stoked with the inclusion.

Sea Eagles players Josh Aloiai, Jason Saab, Christian Tuipulotu, Josh Schuster, Haumole Olakau’atu, Tolutau Koula and Toafofoa Sipley sensationally told the club they were opposed to wearing the jersey “due to religious beliefs”. From there, the club was thrown into damage control, holding an emergency meeting with the players on Monday night, however, there was no resolution. The SMH reported that coach Des Hasler had confirmed he would support their decision to stand down, however, in a press conference on Tuesday, Hasler issued a public apology for the miss-step.

“In this specific instance, I feel for these players. Not included in any of the discussions, and at a minimum, they should have been consulted,” Hasler said. “The jersey intent was to support the advocacy and human rights pertaining to gender, race, culture, ability and LGBTQ movements. Sadly the execution of what was intended to be an extremely important … initiative was poor.”

“We wish to apologise to the LGBTQ community who embrace the rainbow colours, who use these colours for pride and advocacy and human rights issues,” Hasler continued. “Whilst we have come a long way as a society, there’s no doubt much work to be done, particularly in education and that includes the NRL.” 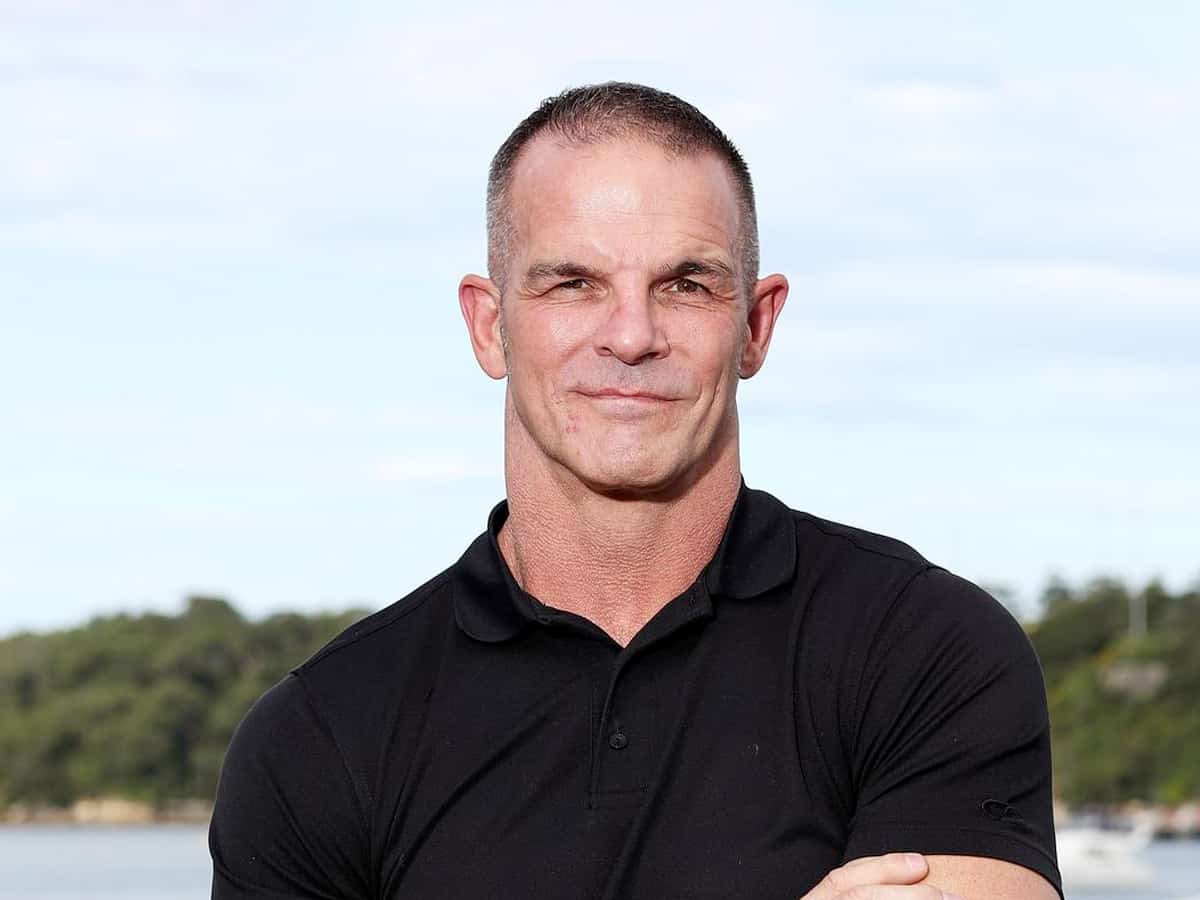 While Hasler’s suggestion that further education in the NRL is certainly warranted, just who that would apply to is becoming increasingly unclear. The response from the rugby league community at large has been enormous, with a swathe of support for LGBTQI+ members streaming in on social media and more importantly, the online store. Those looking to get their hands on the one-off jersey are out of luck, with a trip to the Manly Sea Eagles store revealing the Pride jersey has completely sold out. At the time of writing, the club has restocked adults’ sizes on the store on a preorder sale basis, with reports suggesting the jerseys will be sent out in late August.

For many rugby league fans, the player boycott is a sad reminder of how little progress has been made in the last few decades. The Pride jersey arrives almost 30 years after Manly great Ian Roberts famously came out as gay while playing for the club in 1995, making him the first and only man to ever publicly reveal his sexuality while still on an active roster. Speaking with The Daily Telegraph this week, Roberts explained that the player boycott was heartbreaking but entirely unsurprising.

“I try to see it from all perspectives but this breaks my heart,” he said. “It’s sad and uncomfortable. As an older gay man, this isn’t unfamiliar. I did wonder whether there would be any religious pushback. That’s why I think the NRL have never had a Pride round. I can promise you every young kid on the northern beaches who is dealing with their sexuality would have heard about this.” 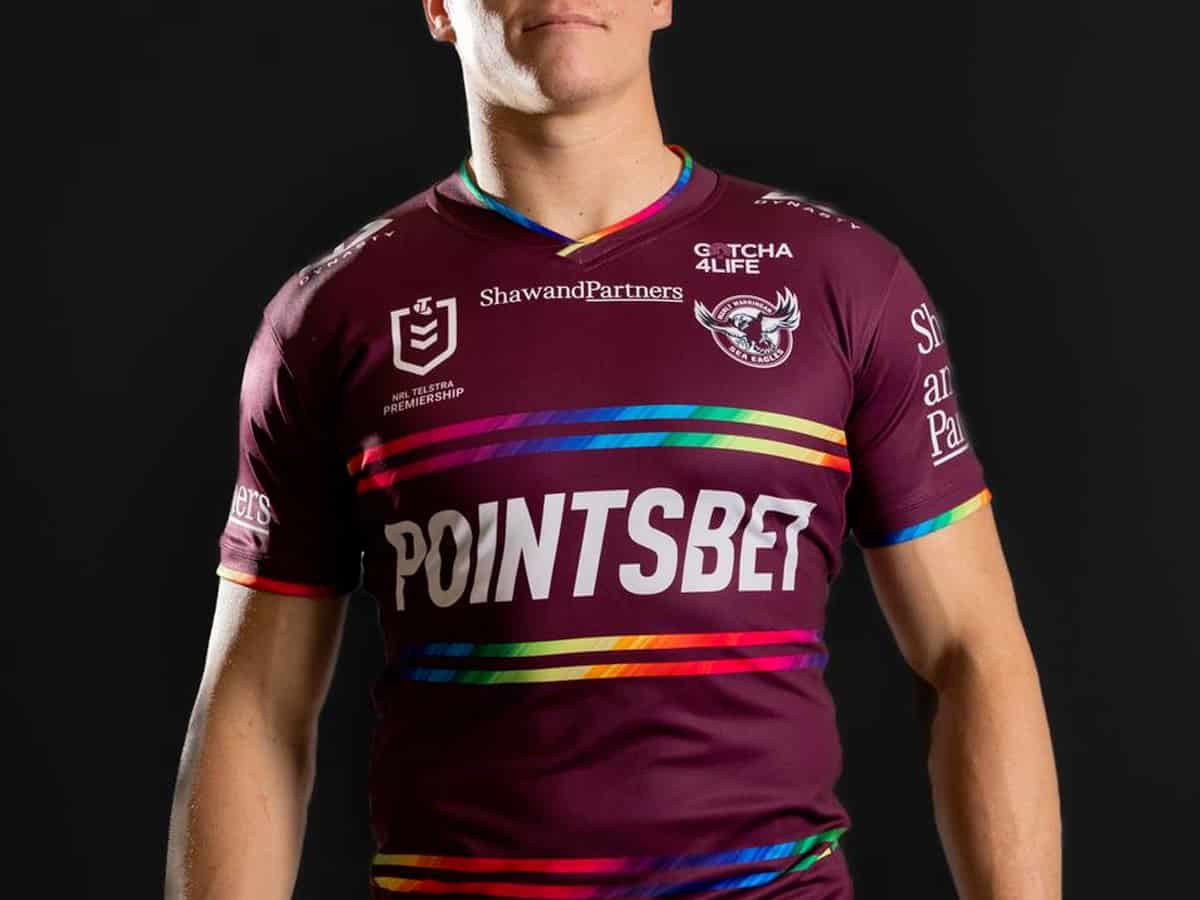 Since then, social media commentators, athletes and even the nation’s top politician have voiced their opinions on the topic, with Prime Minister Anthony Albanese noting “it is important that in Australian society we respect everyone for who they are”, and the responses aren’t slowing down. Many have accused the Sea Eagles players of a double standard after McKern rightly pointed out that Manly’s major sponsor is gambling company Pointsbet, while their home stadium, 4 Pines Park, is named after an alcoholic brewing company.

“Well, look, wearing a betting agency on the front of their jersey, and you’re playing at a stadium that promotes beer,” former NRL player turned media personality Mark Geyer said on his Triple M Breakfast show, before professing his support for the cause. “Would I wear the jersey if I was playing? Bloody oath I would! The best player to come out of Manly was Ian Roberts. I’d wear the jersey just for me, for being the only player brave enough in 1995 to come out and say you know what, I’m gay. Since then there hasn’t been one other player, not one other player since Ian Roberts in 1995. How brave is this man! So I think, alone for him, if I’m a Manly Player, to respect him, to respect the jersey, for the history of the club I owe it to stand with him.”

While it is far from the first time Australian sport has been embroiled in a sexuality furore, it does remind us all that there is, as Hasler accurately puts it, work to be done. Just three years since Wallaby Israel Falou was famously dumped for his homophobic views, social media finds itself once again erupting with divided opinions. Whatever side of the fence you may sit on, the often-overlooked aspect remains – there are real people at the centre of the debate. Brave individuals like Ian Roberts, Adelaide United footballer Joshua Cavallo and British league player Keegan Hirst have paved the way for a new generation of athlete and perhaps it is time we start celebrating them. 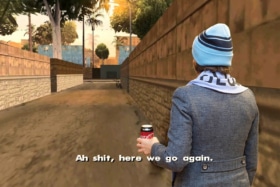