Where immortals are born and legends are made. The NRL Grand Final is a staple in the Aussie sporting calendar every year often boasting the crowds and hype that can only be bested by its AFL counterpart. Over the years there have been some absolute ripper games. So, with that in mind, we’ve decided to put together a list of the top NRL (and ARL) Grand Final Moments of All Time. From superhuman individual performances to huge team come-from-behind wins, the following ten videos are sure to have you chomping at the bit to watch some Rugba Leegueee.

You’ll also like:
20 Most Valuable Sports Teams in the World for 2020
16 Best NBA Games of All Time and Where to Watch Them For Free
10 Highest-Paid NBA Players for 2020

It should come as no surprise that the 2015 Grand Final tops our list of the best NRL Grand Final moments. With the Broncos up 16-12 and 30 seconds left, Kyle Feldt scores an incredible last-minute try off a spectacular O’Neill flick pass to level the score. Jonathon Thurston has a conversion from the sideline to win it but shanks slightly to the right to hit the post sending the game to it’s first-ever ‘Golden Point’ Grand Final. After a heart-wrenching knock-on from Ben Hunt, Jonathon Thurston has his opportunity to redeem himself and slots a field goal gifting his team the premiership and solidifying himself as a future immortal… Goosebumps.

Digging into the archives for this one, minor premiers the Balmain Tigers (now West Tigers) go up against a gutsy Canberra Raiders side in the 1989 Grand Final. With legends of the game like Mal Meninga and ‘Sticky’ Ricky Stewart at the helm, the Raiders lead by 1 point in the dying minutes of extra time. Off a shoddy Tigers clearance kick, Mal Meninga recovers the ball and offloads to Steve Jackson. Coming off the bench, Steve Jackson steamrolls five defenders to score a try that would write him into the history books. Undoubtedly, one of the best NRL Grand Final moments of all time.

Novocastrians rejoice, the Knights are bringing it home. Coming back from a 6-18 lead, the Newcastle Knights won their first-ever premiership off a bit of ‘Joey’ Johns brilliance and a huge Darren Alberts try in the last 10-seconds of the game. You can’t make it up. The only thing better then this game is the next-day interview given by Matty Johns. It truly is better than lego.

Some Grand Finals wins can come down to individual moments in a match. This is one of those. After a blitzing first half from the Roosters, typified by a Minichiello try and a pin-point Brad Fittler banana kick try, the Bulldogs were behind. Finally, Hazem El Masri scores a contentious try to put the Dogs in front. In a last-ditch attempt to win, debutant captain Andrew Ryan makes a game-saving tackle Brett Finch to put the nail in the coffin. Game over.

The Roosters finally get a sniff. What signified a club re-built, the Sydney Roosters went up against finals veterans the Manly Sea Eagles. With 10-minutes to go and 2-points in it, James Maloney puts a stabbing grubber through Manly’s left side. It looks too deep for sure. Then, showing superhuman ability, Michael Jennings snatches the ball from the air and puts it down in goal. Incredible NRL Grand Final moment.

To this day there are still kids recreating this try in their backyard. Benji Marshall returns a kick for a good sixty metres before his ‘iconic’ flick pass to Pat Richards. With the work not done, Pat Richards fends off a desperate Cowboys defender and scores in the corner. The West Tigers go on to win the Grand Final and Benji’s pass goes down in history as one of the best NRL Grand Final moments.

One that may have been forgotten, is the epic foot race between Scott Saddler and Todd Byrne. On the burst, Sydney winger Todd Byrne sprints down the sideline with no one in front of him. Out of nowhere, Penrith lock Scott Saddler – who is also six years older then the sprightly young Byrne – comes from behind to drag Byrne into touch saving a try. It’s an incredible solo effort that epitomises the Penrith Panthers desperation in their campaign for a premiership.

Despite recent reports of Sam Burgess being an A-Grade grub, there’s no denying that he’s an absolute warrior on the field. In the first tackle of the game, he suffers a fractured cheekbone and continued to play the full eighty minutes leading the South Sydney Rabbitohs to victory. It’s a herculean effort and worth its place in the Rugby League lore. He’s still a grub but.

9. Melbourne Storm vs. Cronulla Sharks 2016: A Premiership 49 Years in the Making

“Fafita, Fafita! Unbeliveable!”. In 2016, the Cronulla Sharks bested a veteran Melbourne Storm outfit that featured at least two future immortals to win their first-ever Rugby League Premiership. In what came down to a supreme individual effort, Andrew Fafita monsters over under the posts to seal the game for a down-trodden Sharks team. The following ten-minutes are heart in your mouth stuff making the 2016 Final one of the best Grand Finals ever.

4 minutes to go. St. George up by 4-points, Melbourne on their last tackle. Brett Kimmorley puts up a bomb…. What follows makes Rugby League history.

What do you think of our list, did we miss anything? Let us know.

The 2020 NRL and NRLW grand finals will be held on October 25 - later than usual due to the COVID-19 pandemic's effect on the season - at ANZ Stadium.

What was the best NRL grand final?

While there are many great grand finals in NRL history, the 2015 final between the North Queensland Cowboys and the Brisbane Broncos will forever go down as one of the best. The cross-town rivals went toe to toe in a battle for the ages.

You’ll also like:
20 Most Valuable Sports Teams in the World for 2020
16 Best NBA Games of All Time and Where to Watch Them For Free
10 Highest-Paid NBA Players for 2020 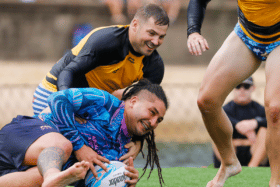 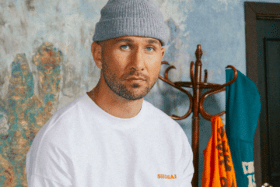 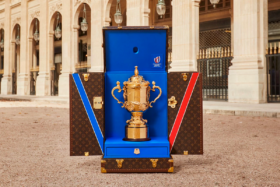