Welcome to Sneaker News #53. This week, Yeezy is delivering shoes that change from day to night with some impressive glow-in-the-dark detailing. Meanwhile, Nike is coming through with a number of noteworthy releases this week including a new SB Dunk Low colourway and the futuristic Air Trainer 1. Converse has teamed up once again with artist Joshua Vides while adidas continues to expand the Forum lineup. Check that all out below. A new week, a new Yeezy release. This time around, it’s the YZY 700 V3 gearing up to drop. These shoes have the standard YZY 700 silhouette but there’s some detailing that elevates it to another level. The glow-in-the-dark detailing on the upper which glows a bright orange hue is the star of the shoes, giving them a distinctly different day-and-night look. When they’re not glowing at night, you’ll see muted orange detailing with a fresh, cream toe box. 18th March is the drop date for these. 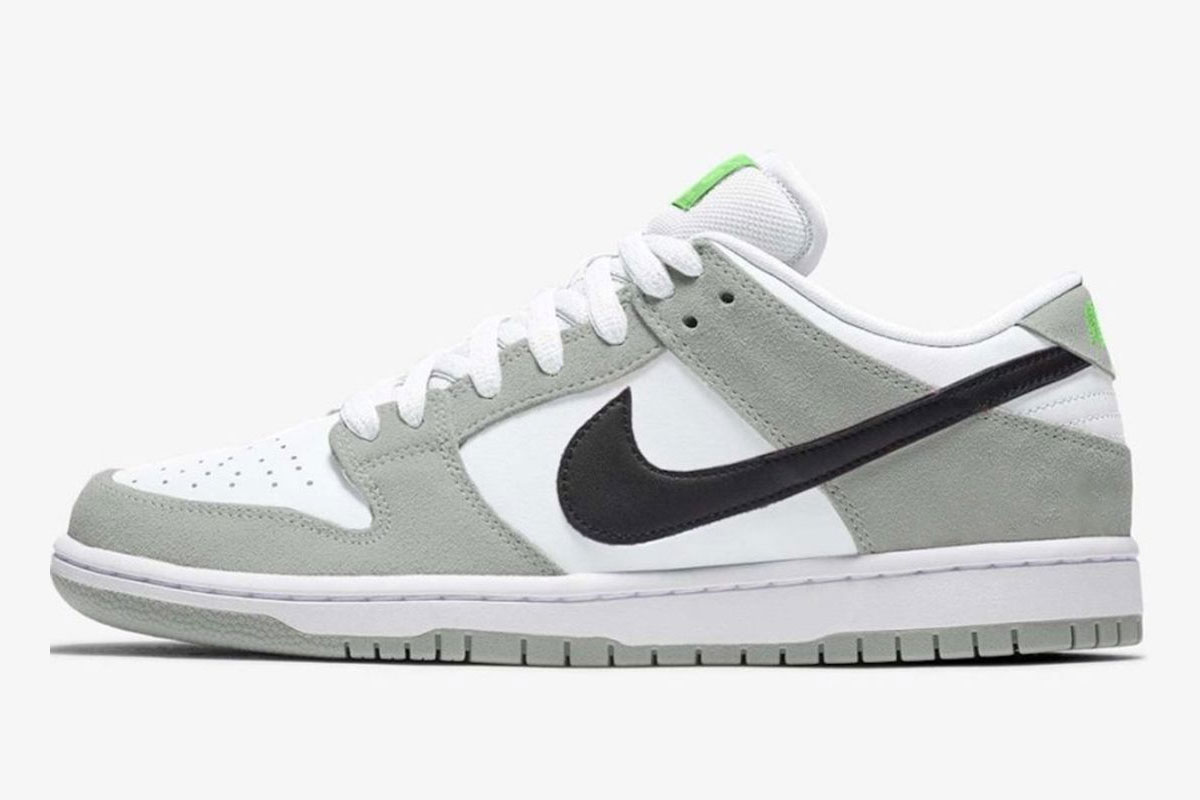 The latest Nike SB Dunk Lows are dipping into the OG Air Max 1’s colour pallette. They retain the SB Dunk Low silhouette with the perforated toe box, Zoom Air unit in the heel and padded tongue but pull inspiration on the upper from the Air Max 1. Grey and black overlays adorn the upper while green embroidery on the heel and branding on the tongue gives them a pop of colour. They will be available from Nike on 17th March. 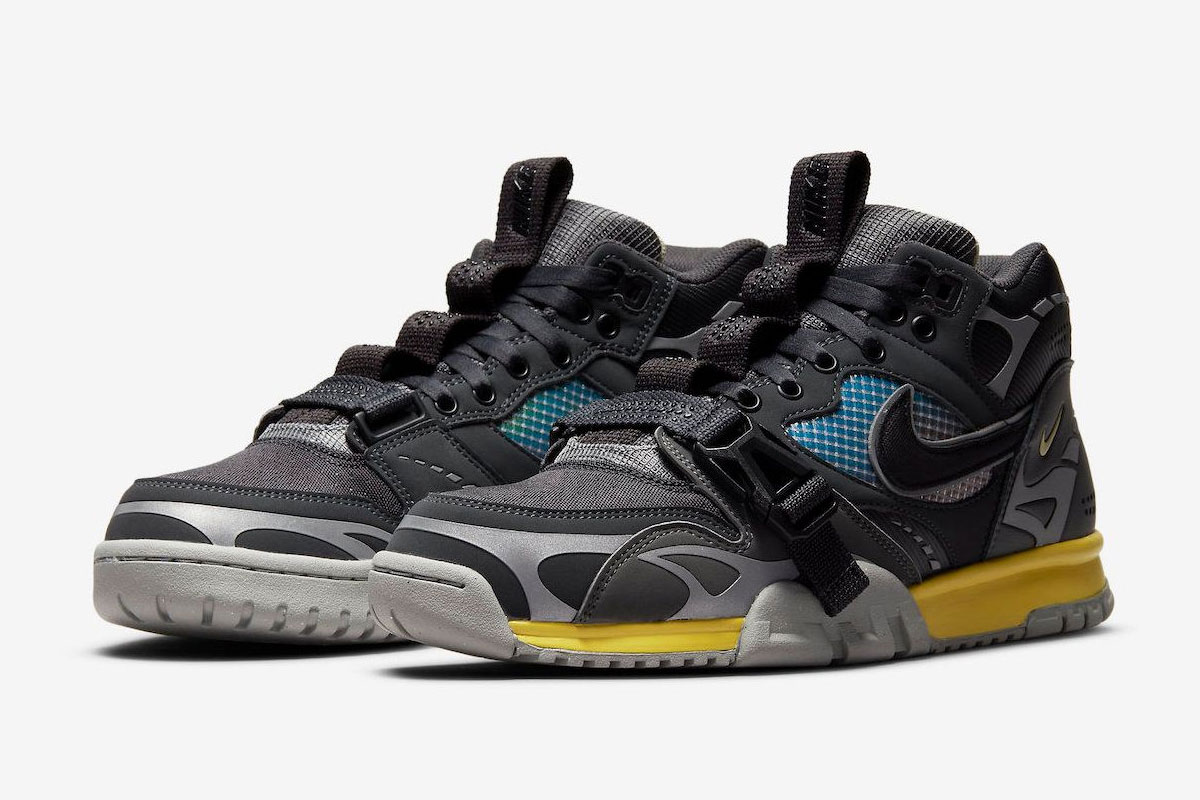 1987 was the year that the Air Trainer 1 debuted but it still looks as fresh today as it did back then. This latest pair brings a futuristic colourway to the table with iridescent accents on the upper and bright yellow touches on the midsole. While they may be more of a lifestyle shoe now, they were originally designed for sports performance. As a result, there are still plenty of comfortable, performance-enhancing features like Air cushioning in the heel and a mid-height collar. Head to Nike on 17th March to cop. 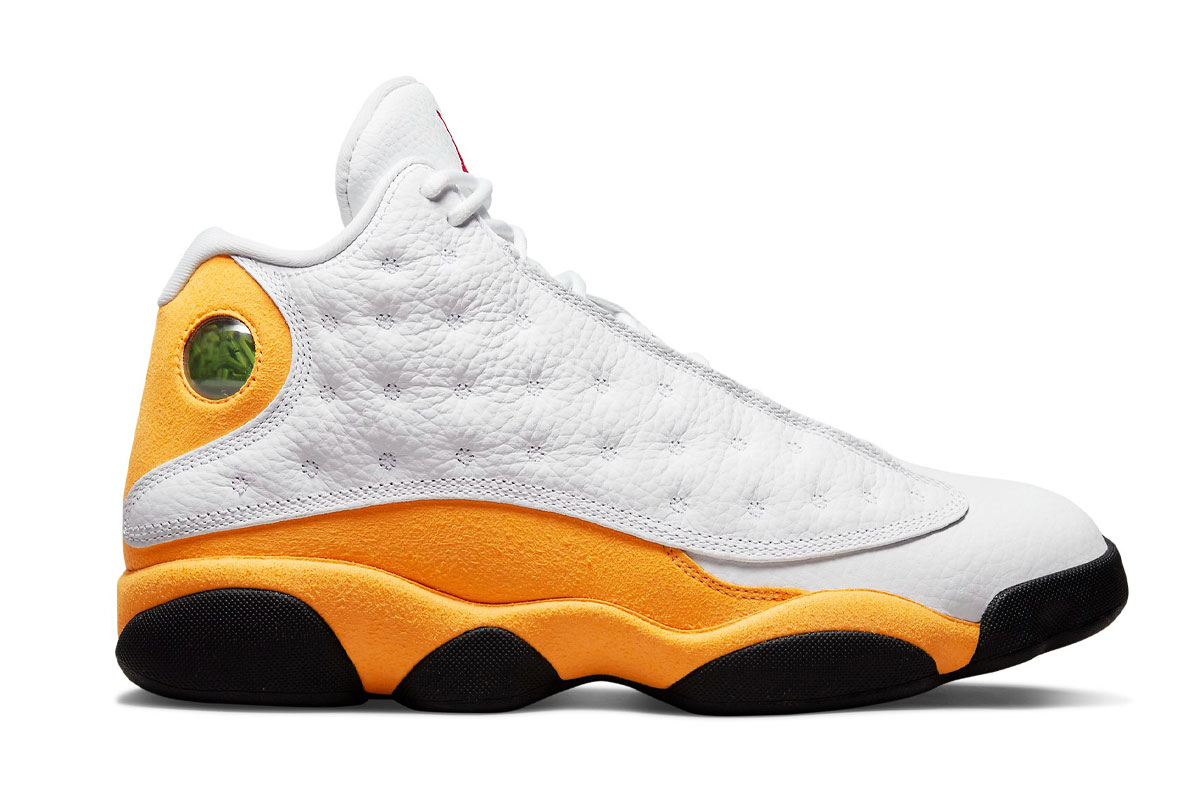 The latest Air Jordan 13 is designed to bring a little sunshine to your feet. The decadent white leather upper remains but it’s the Del Sol suede that shines through. It also shows itself on the midsole along with black accents. It’s a boundary-pushing, feel good-release that is bound to be a quick sell once they drop at Nike on 19th March. 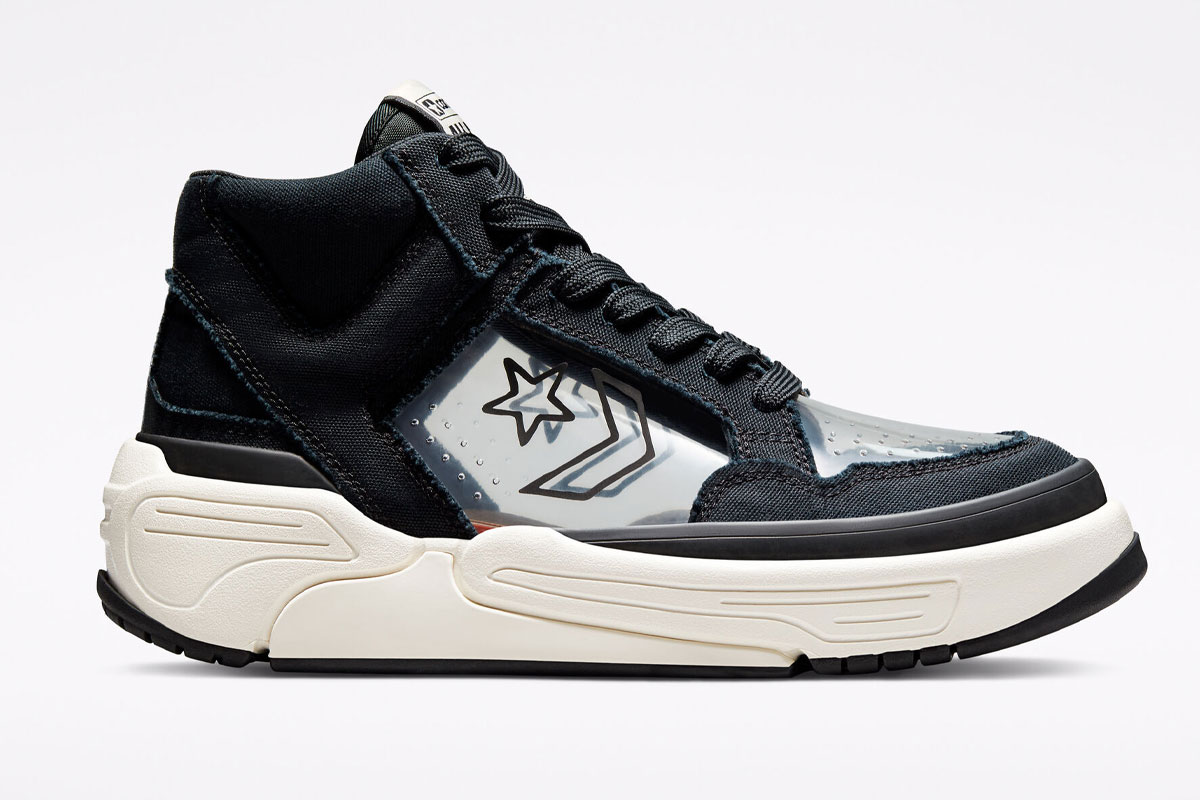 This is Converse’s second collaboration with artist Joshua Vides and it’s an ode to artistic craftsmanship. The Weapon CX uses Vides’ signature colour palette of black and white but elevates them with a perforated transparent TPU vamp on the toebox and quarter panel. The many details make this a particularly impressive release from the frayed canvas finish to the cork sock liner. They are available to buy right now from Subtype. 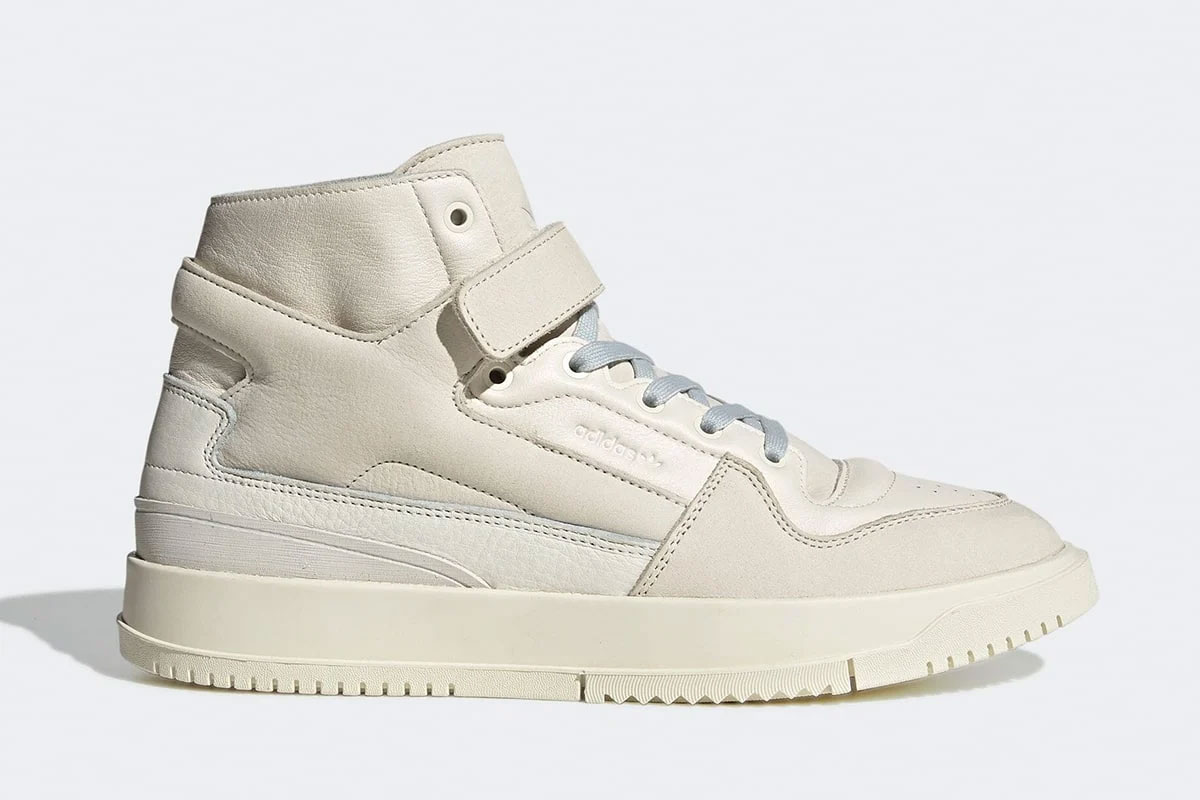 The adidas Forum continues to take on new forms of life. Originally debuting back in the ’80s, the silhouette has returned and continues to expand. The Premiers take the original silhouette and rebuild it with premium materials and new panelling. Less made for sport and more made for sophistication, they feature a sleek, off-white look with silver lacing. Cop them now from Subtype. 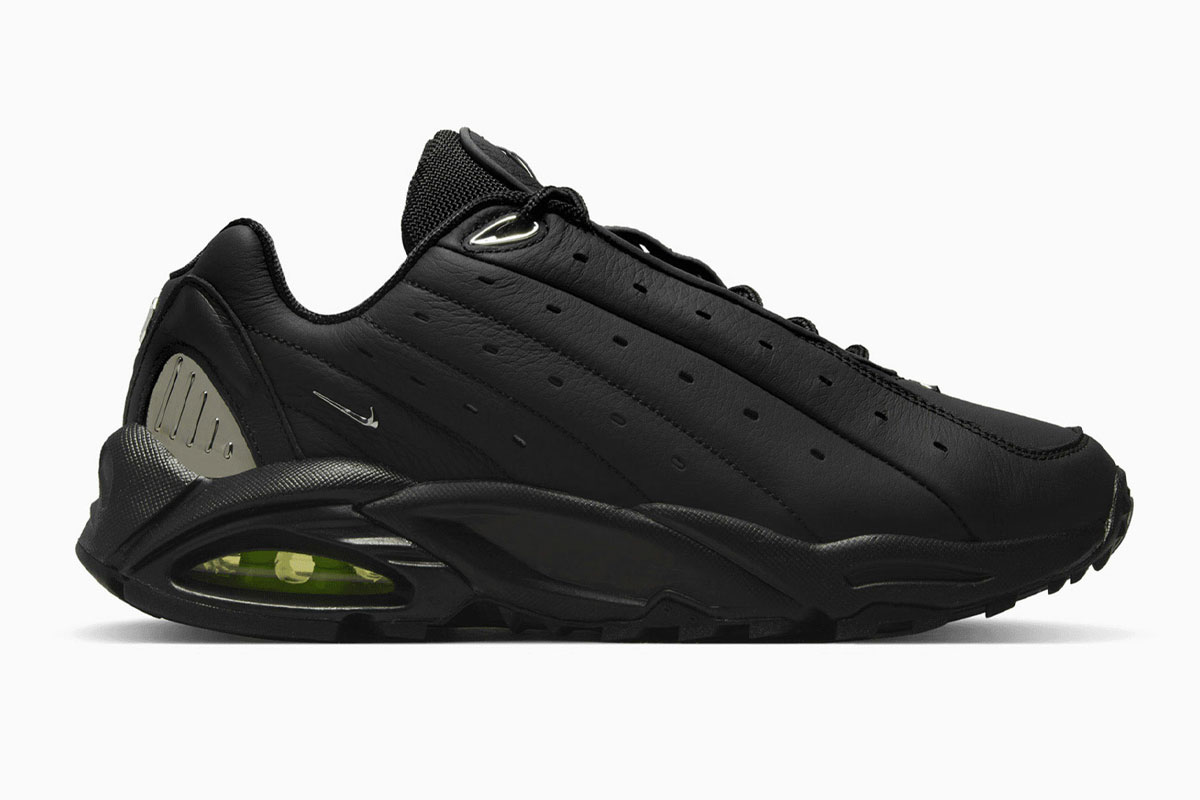 A few weeks ago, we featured the first look of the first collaborative sneaker between Nike and Drake’s NOCTA. It was an all-white affair but now we have a glimpse of the all-black shoe that will arrive alongside it. The futuristic silhouette stays the same but they are adorned in just black. That is except for the metallic plating on the heel and the fluorescent midsole window. They have sold out but are currently flooding resale sites. 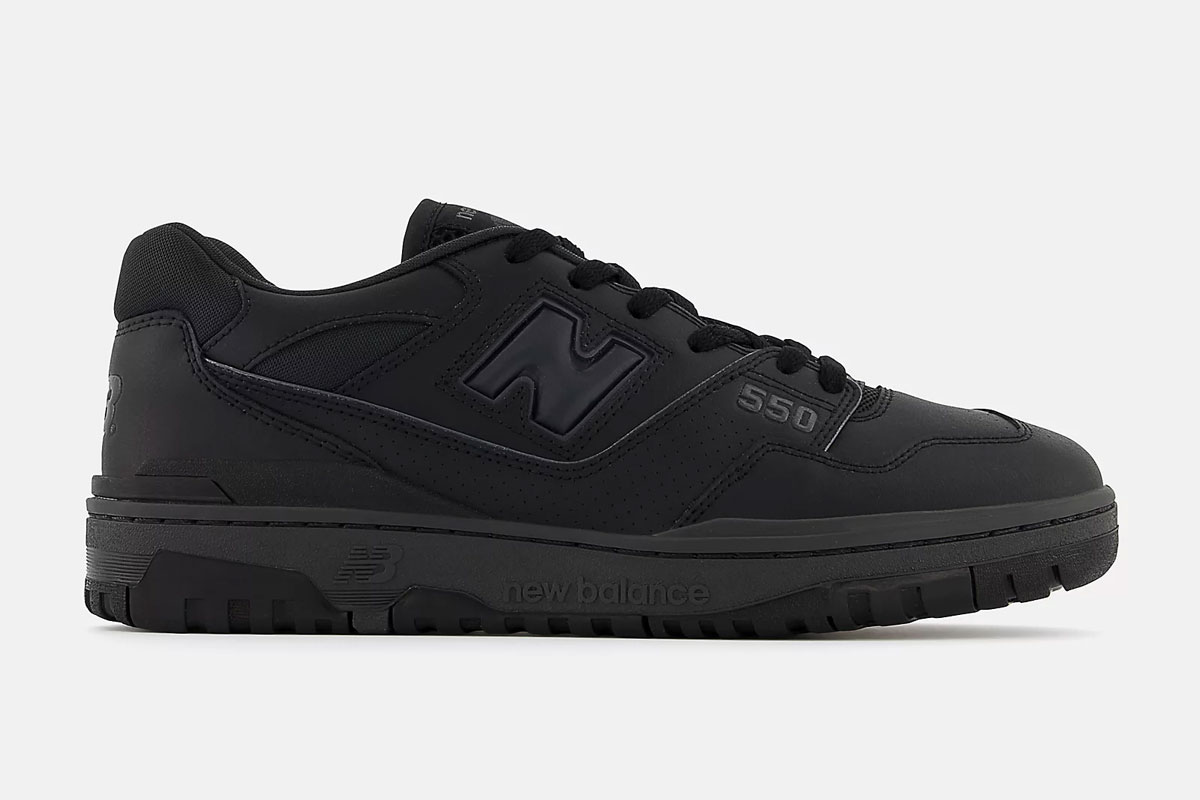 New Balance’s 550 silhouette has become one of its most popular in recent time. The white colourways with colourful accents have led to quick sellouts but now they have arrived in all-black. It’s a clean drop that highlights just how nice this silhouette is from the padded heal to the plush New Balance logo. Head to New Balance now to cop.