Welcome to Sneaker News #64. This week, ASICS debuts its first collaboration with Canadian sneaker heroes JJJJound with a take on the Gel Kayano 14. It’s also a big week for the adidas NMD which ushers in a new chapter with a fresh silhouette. Elsewhere, Nike and Patta continue their hugely popular Air Max 95 collaboration while New Balance and LA artist Bryant Giles reconstruct the 2002 into a mule. Check out all the best sneaker releases for this week below. Asics teamed up with Canadian sneaker giants JJJJound for the first time with the brand delivering its take on the Gel Kayano 14. JJJJound has retained the classic silhouette of the sneaker, instead opting for an eye-catching palette of metallic silver, white and cream. JJJJound is written on the sockliner and the heel while the ASICS branding finds itself on the tongue and the heel. Enter the draw right now at High And Lows for your chance to cop. 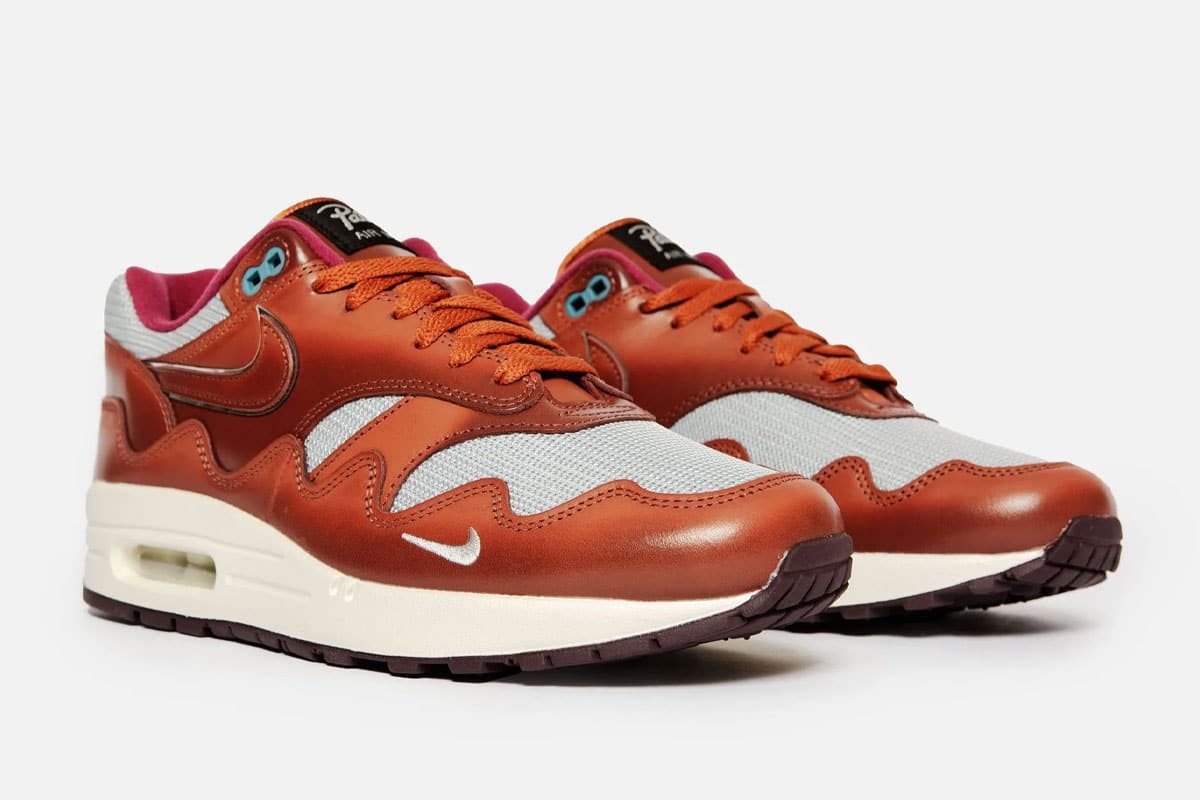 The Air Max 95 and Patta collaboration has been a very popular one ever since it launched in 2021. Now, they return once again with a ‘Dark Russet’ colourway which features brown overlays and metallic silver mesh. They retain the wave-like pattern on the mudguard which is exactly what has made these drops so eye-catching. The box and hangtag feature the line “each one teach one”, promoting the company’s ethos of accessible education. Head over to Nike on 22nd August for your chance to buy. 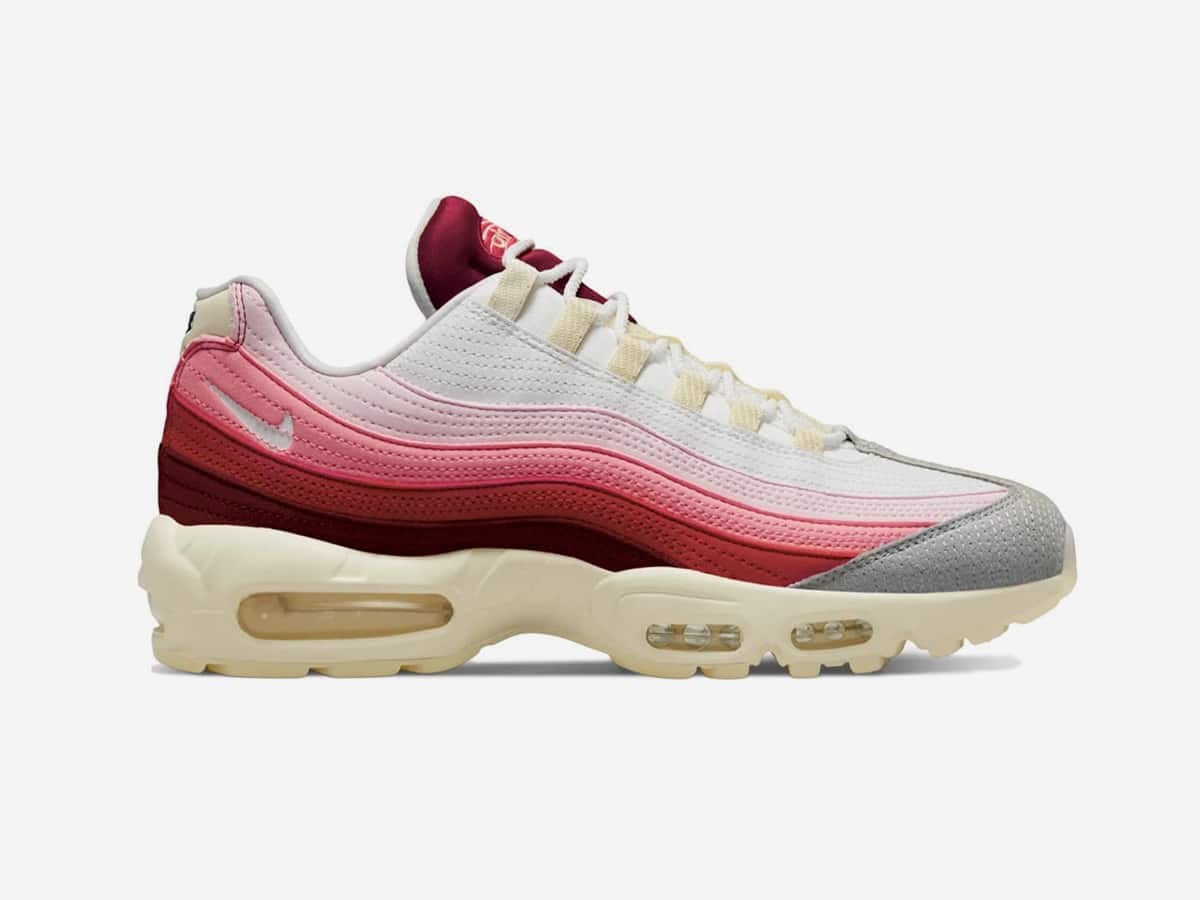 Jordan takes its 1997 silhouette and takes it to France with a French Blue and White colourway. The blue hue on the heel and mid-sole wrap is reminiscent of other classic Jordan releases while the dimpled white side panels are staples of Jordan 13 releases. There’s also the classic green button on the back – another Jordan 13 trademark. Cop them from Nike on 22nd August. 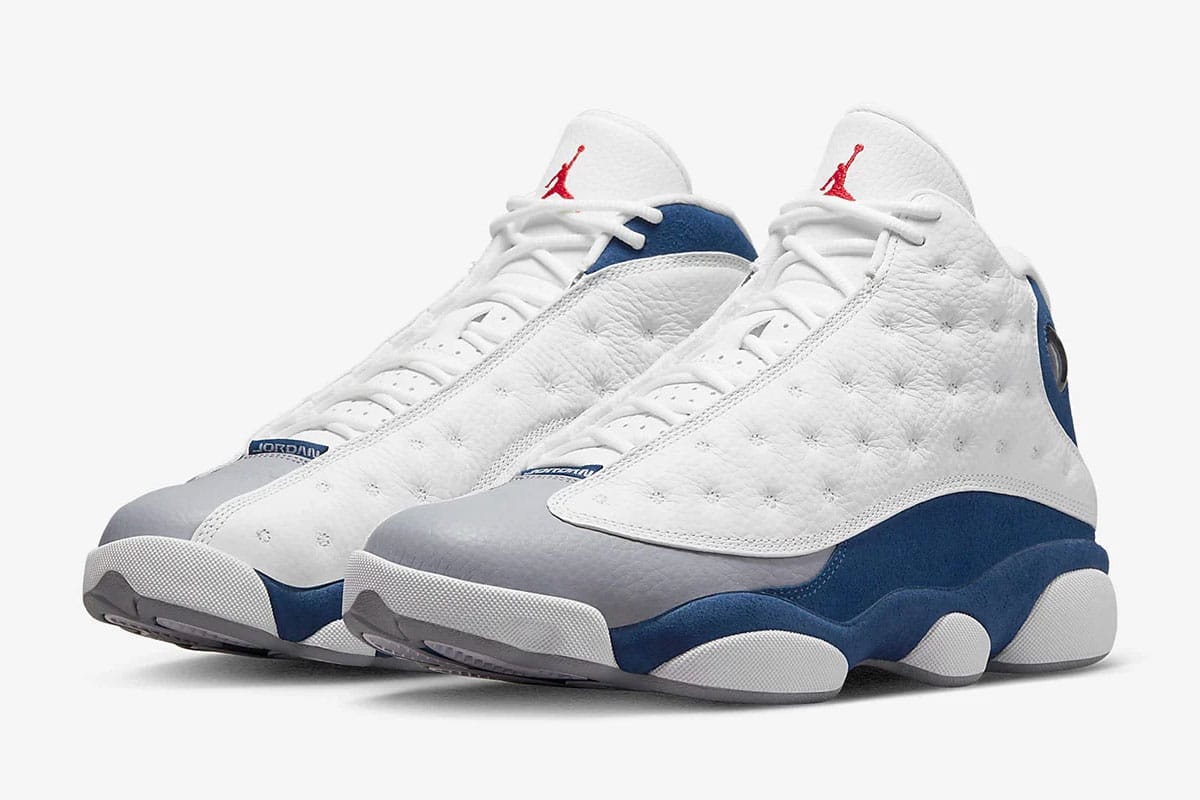 The latest Nike Air Max 95 release looks to the human body for inspiration. Mixing ’90s athletics aesthetic with muscle-inspired colours, it’s one of the more forward-thinking Air Max 95 colourways. The colours on the upper are used to recall human muscles and that’s juxtaposed by a bone white midsole. It doesn’t stop there either, there’s also a DNA-like graphic on the tongue and deco stitching on the side panels for a fibrous texture. Nike will have these available from 24th August. 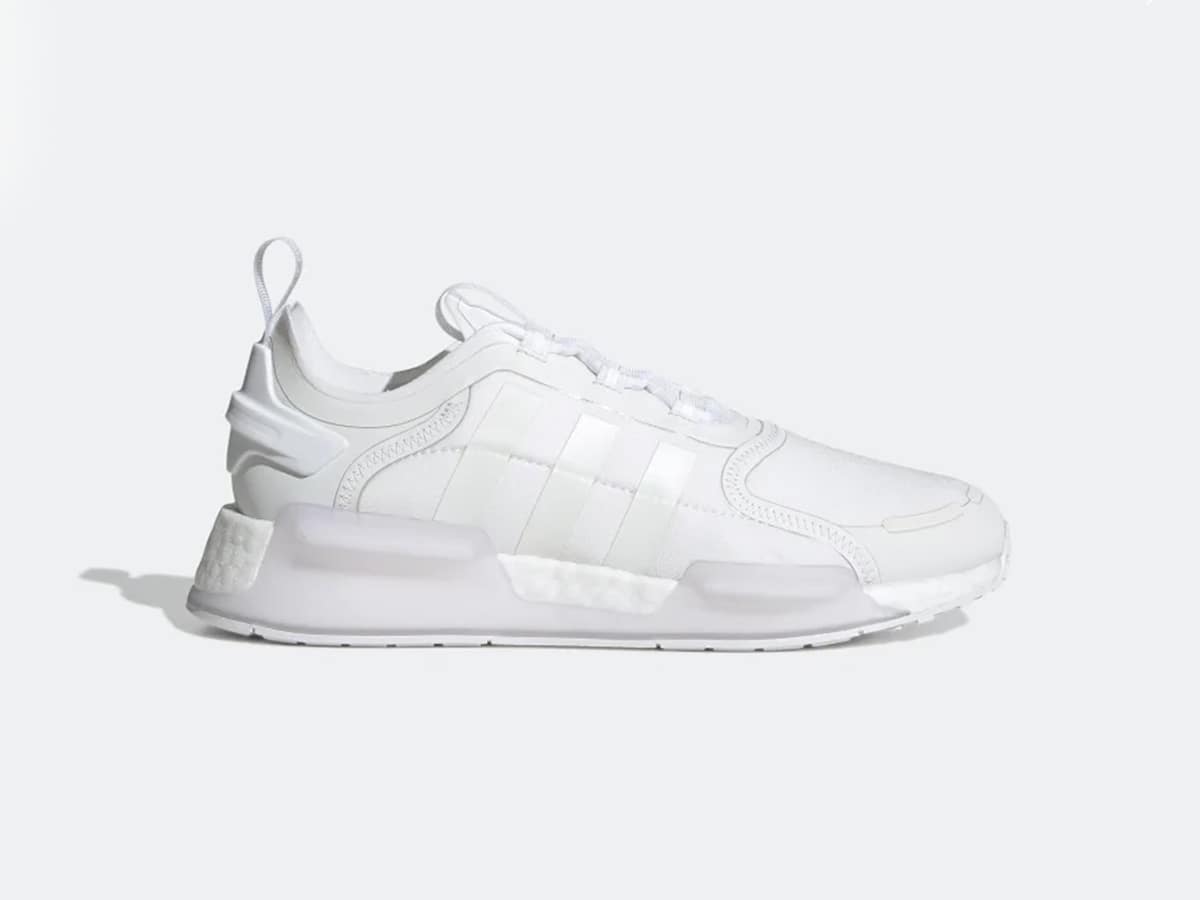 A new chapter of the hugely popular adidas NMD has begun with the R1 V3. These latest shoes retain the NMD’s minimal design while adding subtle elements designed to explore the ideas of tactical technology and transparency. The TPU heel clip is an added element while the shoes are partly made of Parley Ocean Plastic, a sustainable material solution. October 9th is the drop date for several colourways including the pictured all-white. 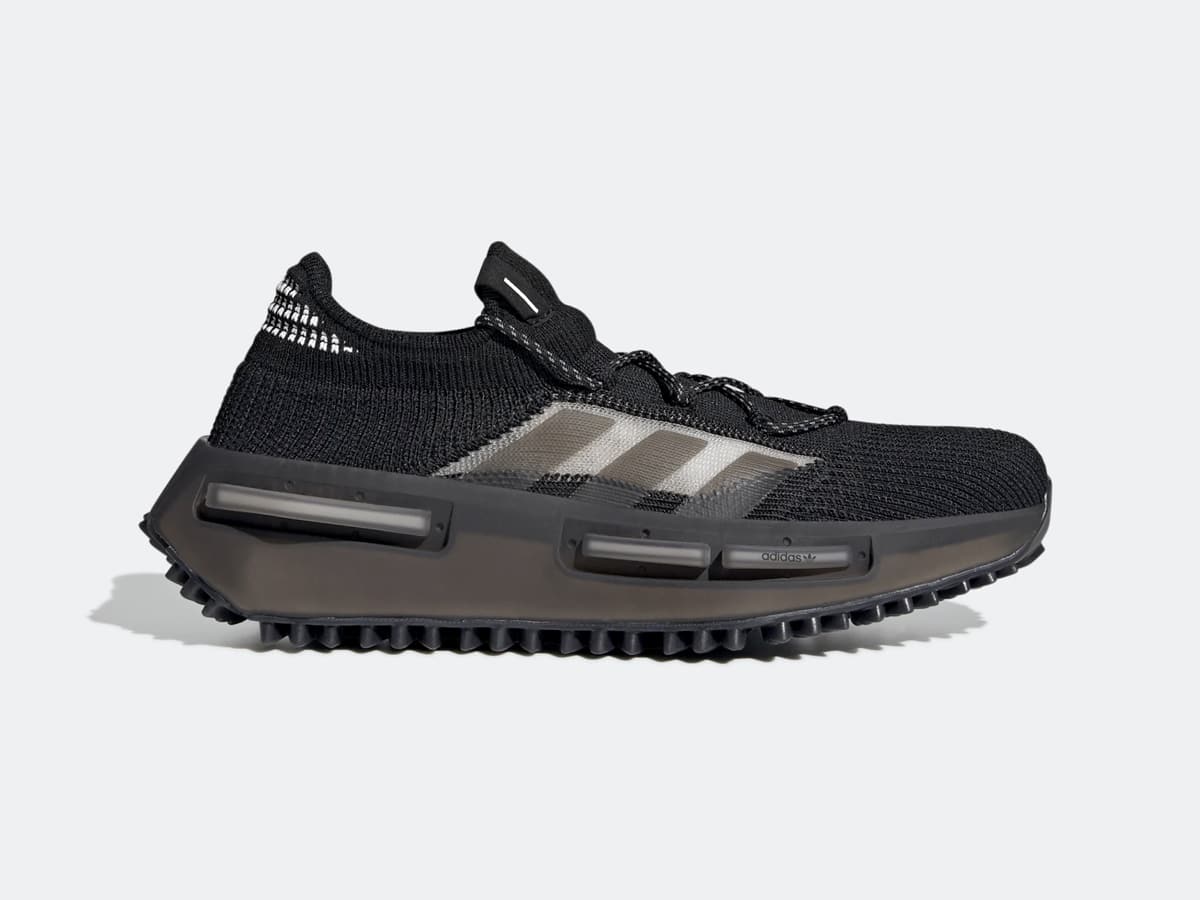 It’s a big week for NMD fans with another new drop. The NMD_s1 is getting a new colourway, this time arriving in Core Black. The new NMD silhouette that first dropped last year is inspired by running and tailor-made for the city and beyond with a chunky, BOOST-housing midsole and a fitted, prime knit upper. They look distinctively futuristic and that’s only furthered by this sleek black colourway. You can cop them right now at adidas if you’re a member only. 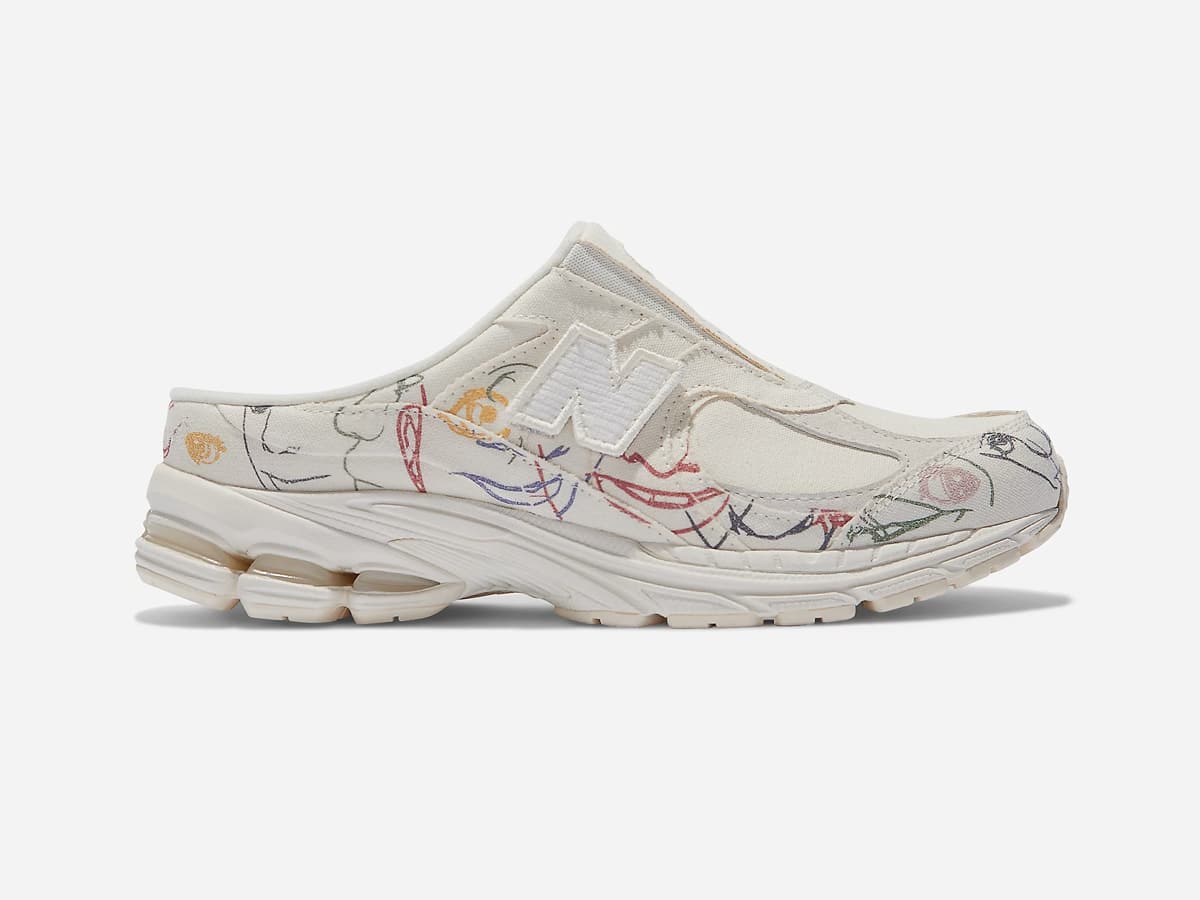 New Balance has collaborated with LA-based artist Bryant Giles for a set of artwork-heavy releases. Giles’ work on the shoes is actually inspired by his own work on a custom pair of New Balance 992s. He brings that same energy to the 2002 which is re-imagined as an airy, open-planned mule covered in original Giles artworks. The mules feature a canvas upper with suede accents with a removable New Balance logo designed to recapture the in-studio process. Head to New Balance to buy on 19th August.