While it’s been around for five years, people are still trying to figure out how to Tinder better than their peers. Tinder is the App Store’s closest relative to the mythical beast Hydra; for every user that gives up, puts their  phone down and, heaven forbid strikes up a real conversation with someone, two more lonely hearts download the little red and white icon and start swiping – and despite the obvious malaise one might express about modern dating being fickle and shallow, you don’t need a Ph.D. in the human condition to understand why people love it so much.

Tinder ticks all the boxes of instant gratification that we as humans so desperately enjoy – the thrill that goes along with that little jingly bell is palpable – seeing your screen flash “It’s a Match” is an instant hit of dopamine for the little part of your brain that yearns for acceptance.

As judgemental as I may sound, I’ve used the app once or twice myself – I even have fond memories of it when it first came out, and only about three other blokes in Sydney had cottoned onto it – those were a few golden weeks for a young man, as I was way back in early 2013.

Given your repeated insistence on using Tinder, and the litany of complaints we hear from guys that it uses unfair metrics and analytics, making the chances of actually matching with somebody less than one percent, we’ve decided to put together a user manual of Tinder tips, if you will, to help maximise your chances and give you an upper hand at online dating. Happy swiping. 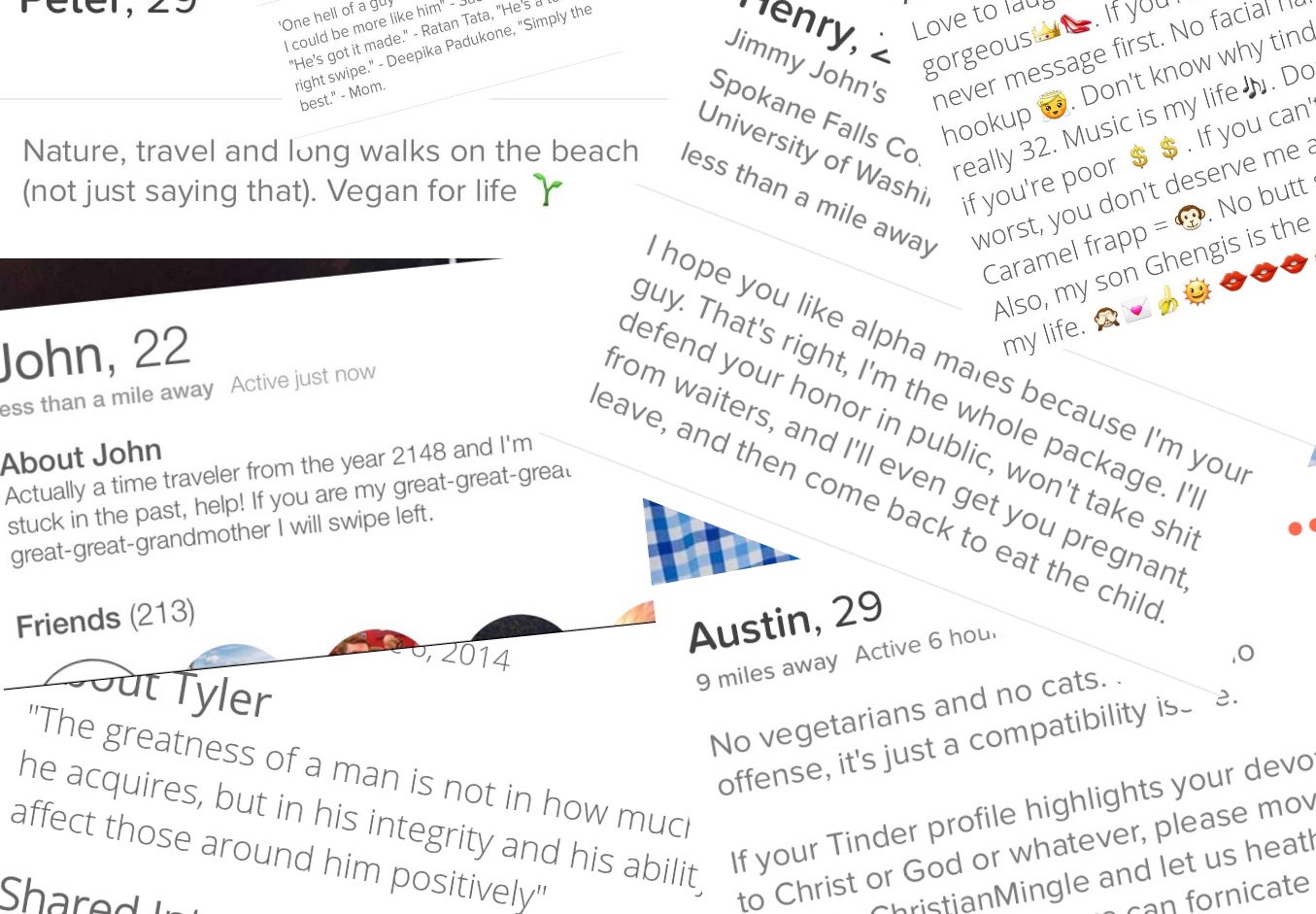 We’re leading with this for our Tinder guide as it’s the first thing most people f*ck up. If you want a good indicator of what not to write, grab one of your girl friends’ phones and have a look at the dreck she’s forced to filter through to meet Prince Charming (or even Prince Not-A-Totally-Shit-Bloke). The biggest mistake most guys make is thinking that they’re the funniest dudes on Tinder. She’s flicking through hundreds and hundreds just like you, so statistically, your chances of being the best of any niche skill are slim to none – let alone funniest. Focus on not sounding like a wanker as much as possible. This may sound like a negative approach, but it’ll set you apart.

Things to avoid include saying you work in a bank, mentioning that you like “good food, good drinks & good sex” and listing a whole bunch of obviously bullshit interests and jobs followed by the phrase “… and compulsive liar” – it’s not original (or even that funny in the first place). Put in something that will work in your favour as a conversation starter like “ask me about the time I got drunk with The Hound from GoT”.

Brevity is also a must: keep it to three sentences max. You might look like Brad Pitt, but if you include a life story that could have been written by Tolstoy then you’re kinda missing the point of Tinder. 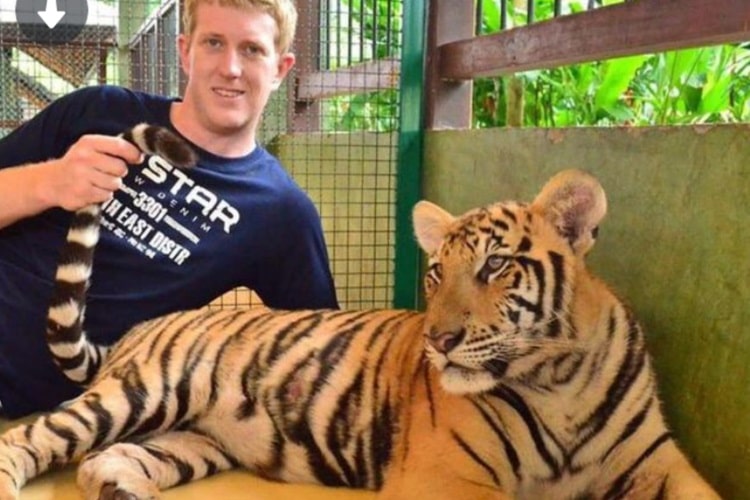 What Your Tinder Photos Say About You

Okay – here’s the thing about photos on Tinder. Everything that you think looks cool, she doesn’t. Avoid photos of yourself next to fish you’ve caught, tigers in Thailand and hiking Machu Pichu. Pretty much everybody on Tinder has the same photos; use this fact to your advantage and set yourself apart from the pack. A photo with a dog is a proven must, but have a backstory about the dog ready to go (and make it sound believable).

Girls are loath to swiping right on group photos, so steer clear of shots with the boys too. Just some simple, nice shots of you that show you know how to smile and occasionally wear a well-fitting suit – is that so hard? More than one photo is essential, but if you can tick all the boxes in three then don’t feel obliged to use every slot – sometimes less is more. Also, the ‘Pay No Attention to The Man Behind The Curtain Rule’, whereby users make their calling card (that’s the first photo that gets displayed) a random photo of anything but themselves in the hopes it forces the other user to have a proper look at their profile, hence guaranteeing a higher chance of getting swiped right back, is bullshit. 95% of the people who do this are ugmoes, and girls know this, so don’t assume it might work for you.

Make sure your photos are clear and show the real you, too. It’s one thing to have gained a few kegs since that one shot of you on the beach last summer, but a deliberately obfuscating photo that looks like its concealing something undesirable will be instantly seen as such and you’ll be getting a one way ticket to Swipeleftsville, Tennessee in no time. 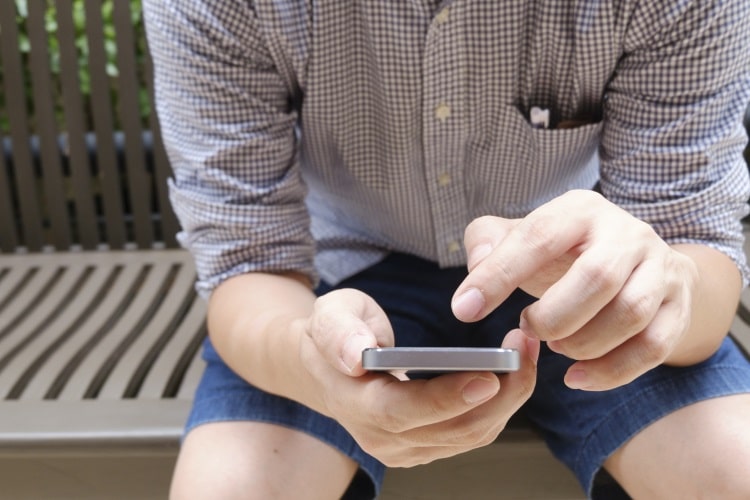 It’s time to talk about realistic expectations. After much head-scratching over how to monetise the hugely-popular app a couple of years after they’d launched it, in March 2015 the company behind Tinder announced Tinder Plus. While this service did add new, extra features for guys who were willing to shell out a little cash-ola for the privilege, it created these privileges in part by way of restricting access for non-subscription users. In short, you couldn’t just ‘spray ‘n pray’ anymore by swiping every single profile in a ten mile radius and seeing what filtered through the cracks and then blocking ones you didn’t like (we all did this, let’s be real).

As a result, you now have two options: pay $24.90 / month to unlock all the features of Tinder, including unlimited swiping, the ability to change your location without actually going somewhere (great to line up a few options before you land in a new city), more free ‘super likes’ (a moderately creepy way of letting someone know you really want to give ’em one), one free ‘boost’ per month (making your profile appear a lot more than it generally would for a set period of time, though the efficacy of this has been disputed) and the indisputably handy ability to go back and re-swipe if you make a boo boo and accidentally nudge Beyonce’s doppelganger to the left (to the left).

Assuming you’re not forking out for Tinder Plus, it’s important to approach your swipe habits with a touch of prudence, so as to use your 100-odd swipes per 12 hour period wisely. There’s a high chance that the first ten or so profiles Tinder shows you have already liked you, so keep an open mind with these ones. After that, take some time to look at the profiles (if you have it). In short, if it looks too good to be true, it probably is – Tinder is rife with bots and dodgy accounts that try to sell you shit, so keep an eye peeled for girls who look like models but don’t have any info (and look at how far away they are), and don’t waste a swipe on somebody who’s definitely not going to swipe you back (you can tell)… 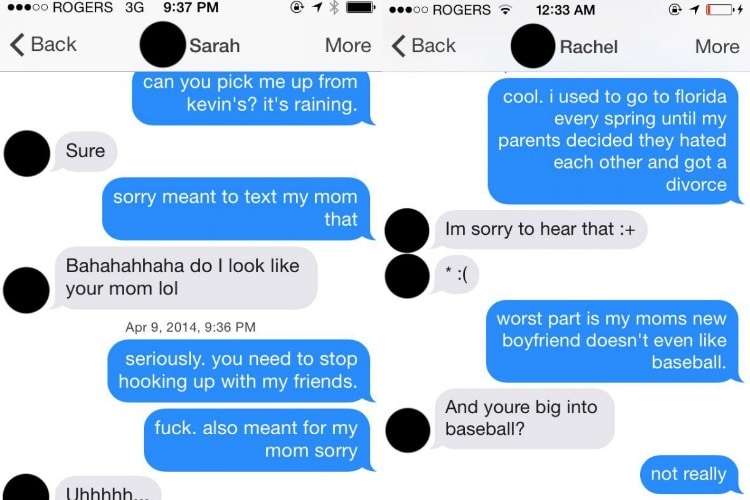 One of the things people seem to struggle with the most is how to start a conversation (humankind’s profound desire to avoid actual talking is sometimes staggering, and the reason this app exists in the first bloody place, remember?). The opening line is important, because it’s the final barrier she has to overcome before deciding that you’re not totally unshaggable – and anybody who’s spent longer than a day on Tinder knows that chicks are fickle AF, so the likelihood of getting a reply is actually pretty slim for many blokes.

First port of call is something she’s referenced in her bio – and preferably something funny. A pun works – even a subtle neg never goes amiss, but it’s not guaranteed. If you fawn all over her she’s going to block you. The absolute best approach to have here is to give zero f*cks. Remember you’re not shooting fish in a barrel, you’re reeling in several on separate hooks at the same time from a HUGE ocean – if one get’s away then, well – you know the expression.

Something throw-away and clearly jocular like “Hi! I just got out of prison and I’m keen to meet some new people. How’s your day going?” is usually good for a reply. Roses are red poems are not so effective. Also, if you saw something funny on one of those Best of Tinder pages then so did every other bloke, so don’t count on her having never seen it before. Originality goes a long way here, chaps.

The last, probably most important thing about your conversation is to steer it in the direction of an actual meet-up as quickly as possible. Faffing around with incessant back-and-forth messages for weeks might feel like cute flirting but I’ve got news for you, buddy: she’s just not that into you. As soon as you’ve established that you’re both keen, sort it out. Suggest a drink and a couple of time / location options (but not too many) and you’ll be on your way to conversing with an actual fellow human being in no time. Penultimately, there’s really only one Tinder tip to be offered here about what to do face-to-face, and given how glaringly obvious it is it’s amazing how many people still commit this one heinous crime of Tinder dates. When you’re on an actual date, with a real-life human woman, don’t, FFS just please don’t – talk about goddamn Tinder. The hard part is over; put your phone in your pocket where it belongs (and keep it there for the night). Talking about Tinder only removes the human element you’ve spent so much time trying to nail (literally), so there’s no need for it. 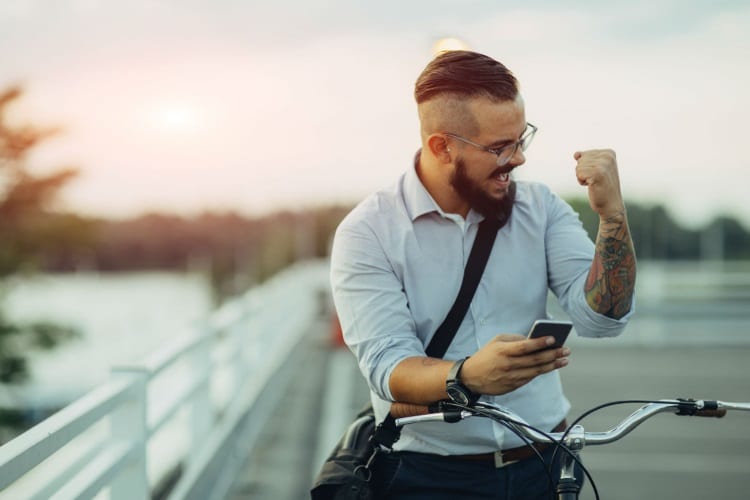 How To Delete Tinder

Whether you’ve found true love or just got bored, the “delete my account” feature of the app is one of the best things they ever did. Here’s the thing you need to know about Tinder: just because you uninstall the app, doesn’t mean you’ve expunged your digital pick-up paw-prints, which can make things tricky in a few months time when your new flame’s spinster bestie sees your mug while she’s having a flick. You’ll need to go to the little cog-shaped setting button in your own profile page, scroll to the bottom and hit “delete account”. Deleting your account means that you’ll lose all of your matches as well as your profile, but you also have the option of “pausing” your account. It’s kinda the same thing, but with the added advantage of being able to re-download and re-activate whenever you like –  in case you’re not completely sold on the new missus yet, or even just need a break from Tinder (and amen to that).

Also, if you got suckered into paying for the premium subscription, you’ll need to log into the App Store or Play Store to change your settings there so your account stops getting charged. Mucho importante.

And congratulations, you’ve made it – maybe it won’t be true love, maybe it will – but with the above sage advice, you’ll be better prepared for a happier time having a flick and find your matches increase by the bucketload*.

*In no way guaranteed.