The barriers are nearly packed and the fashion is in full force, the 146th running of the Kentucky Derby is upon us again. But while some of us may not have any interest in what is happening on the track, it’s what is going down off it that is historically refreshing. With its fresh burst of flavour and subtle sweetness, the iconic Mint Julep cocktail has become a mainstay of the annual event, symbolising the South’s infamous love of whiskey and wonder. Whether you are a horse-racing fan or an amateur mixologist, the time is nigh to learn how to make a Mint Julep, and we’ve got you covered. 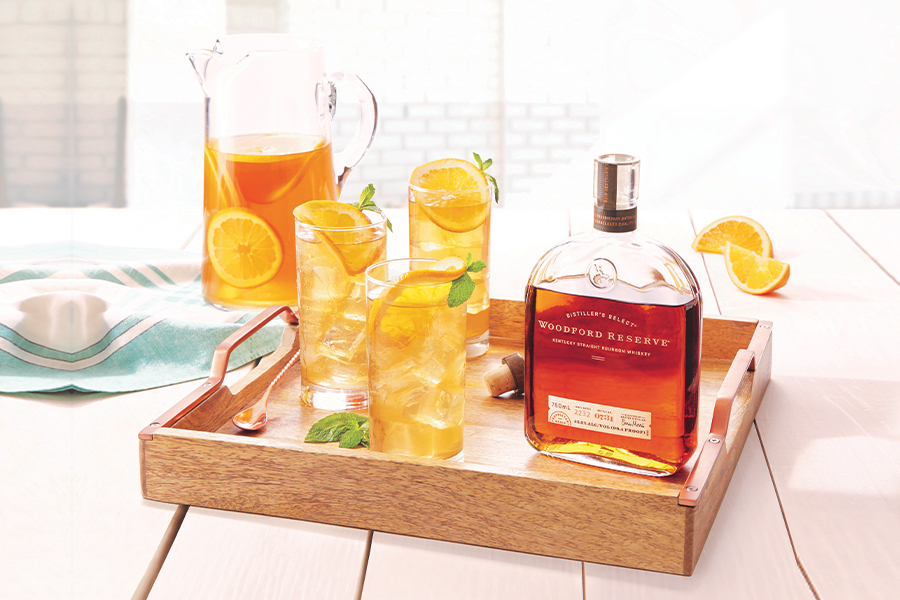 What is a Mint Julep?

The famed cocktail we now know as the Mint Julep wasn’t always a fan favourite. In fact, the early days of the concoction were shrouded in contention, with the proper preparation and Mint Julep ingredients hotly debated. But perhaps the most interesting revelation regarding the delicious cocktail was that it was never meant to be a cocktail in the first place. “The julep historically was a bracer — a medicinal drink, if you will — sometimes taken in the morning to help reduce aches and pains before the creation of aspirin and Tylenol,” Elizabeth McCall, assistant master distiller for Kentucky bourbon icon Woodford Reserve says.

According to The Daily Beast, the Mint Julep cocktail originated in the Southern United States around the mid 18th century. The first known mention of the drink came in 1770, in a text entitled A Short Poem on Hunting, which describes julep as a concoction “which doctors storm at, and which some adore”. The Mint Julep’s medical history is further bolstered by 1784’s Medical communications: Volume 1, which details a doctor’s first-person account of administering the drink. Here, the text reads “sickness at the stomach, with frequent retching, and, at times, a difficulty of swallowing. I then prescribed her an emetic, some opening powders, and a mint julep.”

Sure, the medical Mint Julep history is interesting, but it’s hardly what we’ve come to know about the classic concoction. That honour belongs to US Senator Henry Clay. The proud Kentuckian introduced the drink to Washington D.C. at the Round Robin Bar in the famous Willard Hotel during his residence in the city, a move which saw the popularity of the drink spread like wildfire. By 1820, the Mint Julep had been established as an icon of Virginia, and just a decade later, New York would become known for its Hailstone Julep – a variation that included small lumps of ice.

As with the Old-Fashioned and Dark & Stormy, the Mint Julep really hit the big time in 1862, when the cocktail was included in Jerry Thomas’ Bar-Tenders Guide: How to Mix Drinks or The Bon-Vivant’s Companion. While many of the original recipes call for gin, the contemporary take on a Mint Julep is firmly in the hands of bourbon fans, particularly in the great state of Kentucky. 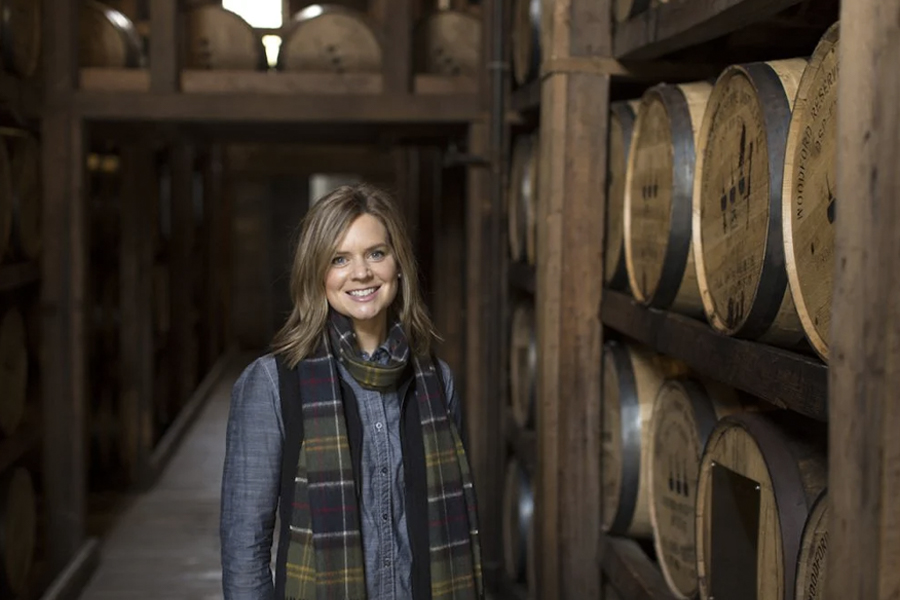 While other cocktails may boast deeper lineage and greater popularity, few have remained as relevant as the iconic Mint Julep recipe. “I think a lot of it has to do with Derby,” McCalls says. “The Derby is the biggest spectacle in sports, one of the last major events where everyone dresses their best. And, of course, it’s a civic duty to have a julep on Derby Day. So, the two make a perfect exacta.”

For those who haven’t witnessed the spectacle, The Kentucky Derby is an annual horse race held in Louisville on the first Saturday in May. In 2020, event organisers opted to move the date to September in order to combat the evolving COVID-19 concerns. As the highlight of the two-week-long Kentucky Derby Festival, the event is a Grade 1 stakes race for three-year-old thoroughbreds, at a distance of one and a quarter miles at Churchill Downs.

The connection between the Mint Julep and The Kentucky Derby is more than just for namesake rights. The pair have been inherently linked for years, thanks to a long-standing tradition. “The Mint Julep has been the traditional drink of Churchill Downs and the Kentucky Derby for nearly a century,” McCall reveals. “Each year, almost 120,000 Mint Juleps are served over the two-day period of Kentucky Oaks and Kentucky Derby weekend at Churchill Downs Racetrack. That’s a feat that requires 1,000 pounds of freshly harvested mint and 60,000 pounds of ice.”

The assistant master distiller knows all about preparing for Derby Day. Woodford Reserve has become synonymous with both The Kentucky Derby and the Mint Julep over the years, helping to modernise the classic concoction. “Woodford Reserve helped revive the mint julep within the bartending community about 15 years, in part because of the creation of the $1,000 Mint Julep, which is sold each year at Derby,” she says. “The program raises money for charity and people who buy one get a silver or gold julep cup. This helped elevate the humble but delicious julep back to its rightful place on bars across the world.” When it comes to the proper Mint Julep ingredients, there are several lines of thinking. From a modern perspective, you could make it with gin, but tradition suggests you may face criticism for it. So, just what is in a Mint Julep exactly? According to locals, the only way to make a true Mint Julep is with Kentucky bourbon.

For our Mint Julep recipe, we’ve gone to the best in the business, tapping Woodford Reserve’s Elizabeth McCall for all her worldly advice. Here is the Kentucky bourbon expert’s list for Mint Julep ingredients;

While simple in terms of ingredients, the Mint Julep is a balanced cocktail that offers a wide breadth of flavours. Unique in texture and sharp on the tongue, this refreshing drink has a lot going on. 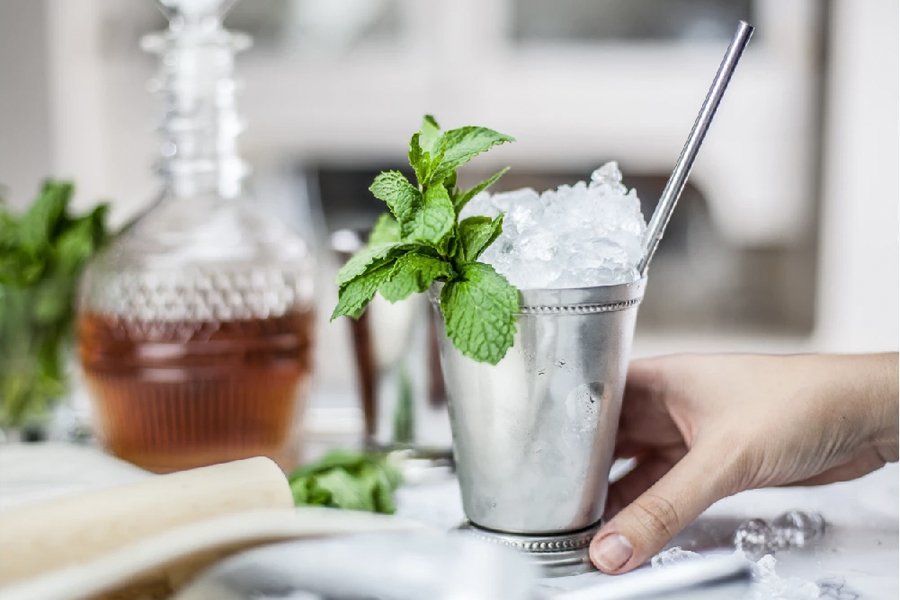 Much like the ingredients, not a lot goes into the best Mint Julep recipe. In fact, those wondering how to make a mint julep will be happy to note it is super easy to put together, which, under the hot Kentucky sun is a win in our books. The simple recipe opens up the opportunity for great depth of flavour, but it all comes down to the method. Here is the best Mint Julep recipe, as put together by Woodford Reserve’s Elizabeth McCall. Here’s her guide on how to make a Mint Julep;

One major thing to consider is that you express the oils in the mint. This means opening the flavour nodes in the leaf in order to get the most out of the ingredient without overpowering the drink. Like we said, the Mint Julep recipe might be simple, but that doesn’t mean it’s easy. 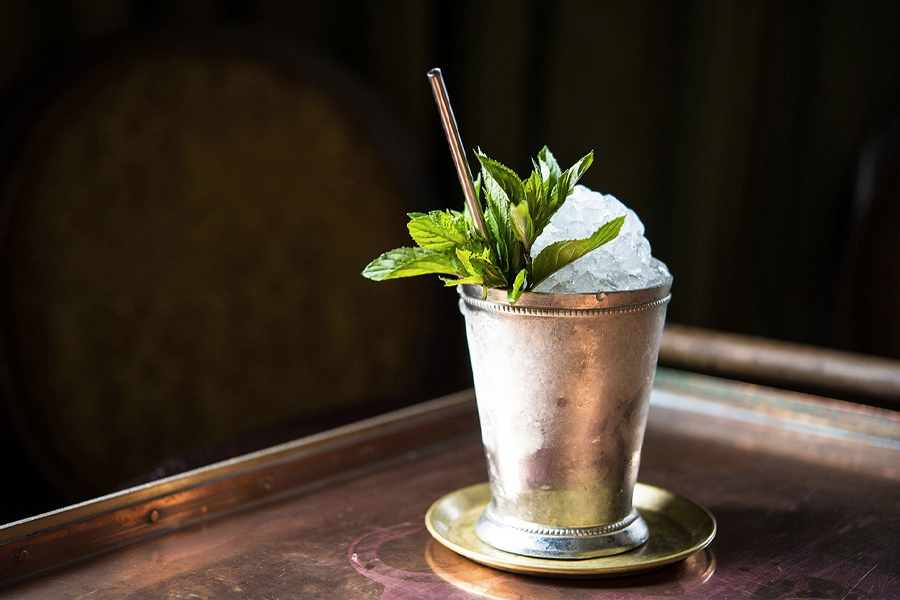 For seasoned mixologists, the old Mint Julep might be a little plain and creatively unsatisfying but that’s no reason to give up on the cocktail, particularly on Derby Day. We asked McCall for her advice on how to elevate the Mint Julep recipe while still staying true to the iconic flavours.

If you want to make Kentucky Derby Day one to remember, play off a little tradition and try your hand at the iconic Mint Julep recipe.

Why is the Mint Julep associated with the Kentucky Derby?

It's even believed that Churchill Downs planted mint outside the clubhouse for the first Kentucky Derby's juleps in 1875.

What is the main alcoholic ingredient in a mint julep cocktail?

A traditional Mint Julep cocktail is made with bourbon as the primary alcoholic ingredient, which is then combined with sugar, water, crushed ice and mint.

What glassware do you use for a Mint Julep?

Traditionally, mint juleps were served in silver or pewter cups, to be held only by the bottom and top edges. Nowadays, mint juleps are most commonly served in a tall old-fashioned glass, Collins glass, or highball glass with a straw.