Say what you will about the sanctity of marriage, but when tech entrepreneurs and sports stars call it quits, they go big. Forget A-Rod and J-Lo, the most expensive divorce settlements in history are reserved for the bigwigs of Silicone Valley, and sadly, another huge name is about to join them.

When news broke that philanthropist Melinda Gates was splitting from her Microsoft founder husband Bill Gates after 27 years of marriage, the world was shocked. Over nearly three decades, the pair had embodied the kind of joint unison many of us hope to emulate, raising millions of dollars for disadvantaged communities across the globe. But in an instant, the illusion was shattered. In a joint statement posted to Twitter, the couple wrote: “After a great deal of thought and a lot of work on our relationship, we have made the decision to end our marriage. We continue to share a belief in that mission and will continue our work together at the foundation, but we no longer believe we can grow together as a couple in this next phase of our lives.”

It’s never an easy thing to navigate a marriage breakdown, however when there is a USD$130 billion fortune in the middle, things get a little hairy. The good news is the pair will continue to run the Bill and Melinda Gates Foundation, a major funder of health and disease initiatives around the world, but for now, all eyes are on the bank account. With a monumental fortune at stake, it’s certainly looking like this could be one of the biggest divorce settlements in human history. But they aren’t alone.

Over the years, we’ve seen numerous tech tycoons and sporting owners fall afoul to lawyers after infidelity, addiction or irreparable damage hit home. Even His Royal Airness wasn’t immune. NBA superstar Michael Jordan’s divorce settlement reportedly cost him over USD$168 million after his 17-year marriage to Juanita Vanroy ended in 2006. Similarly, our own Greg Norman had to fork out a whopping USD$103 million following the breakdown of his 25-year-marriage to Laura Andrassy. But for all the dollar and cents, those figures are merely a speck on the radar compared to the world’s largest divorce settlements.

Here is a list of the most expensive divorce settlements in history. 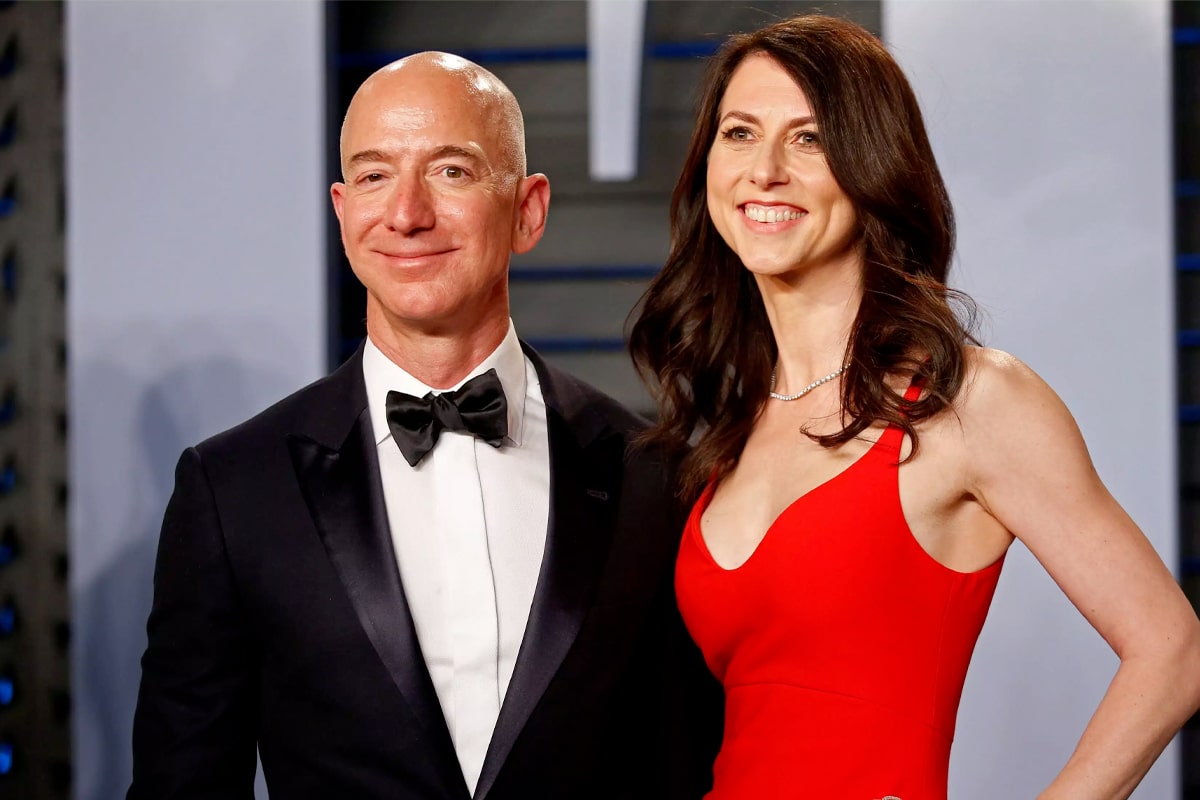 The big daddy of them all, Jeff and Mackenzie Bezos’ split in 2019 goes down as the most expensive divorce settlement in history. After meeting while working at hedge fund DE Shaw, Scott subsequently helped Bezos launch global marketplace Amazon, sticking by him through the business’ enormous growth. However, the divorce saw Mackenzie, who has since remarried, recieve a four per cent stake in Amazon worth more than $38bn, the value of which has skyrocketed over the past year. Immediately making her the world’s fourth-richest woman, the divorce pushed Scott to the forefront of the wealth stakes, with a net worth of $61.2  billion. However, in trademark style, Scott then promised to give away at least half of her fortune. 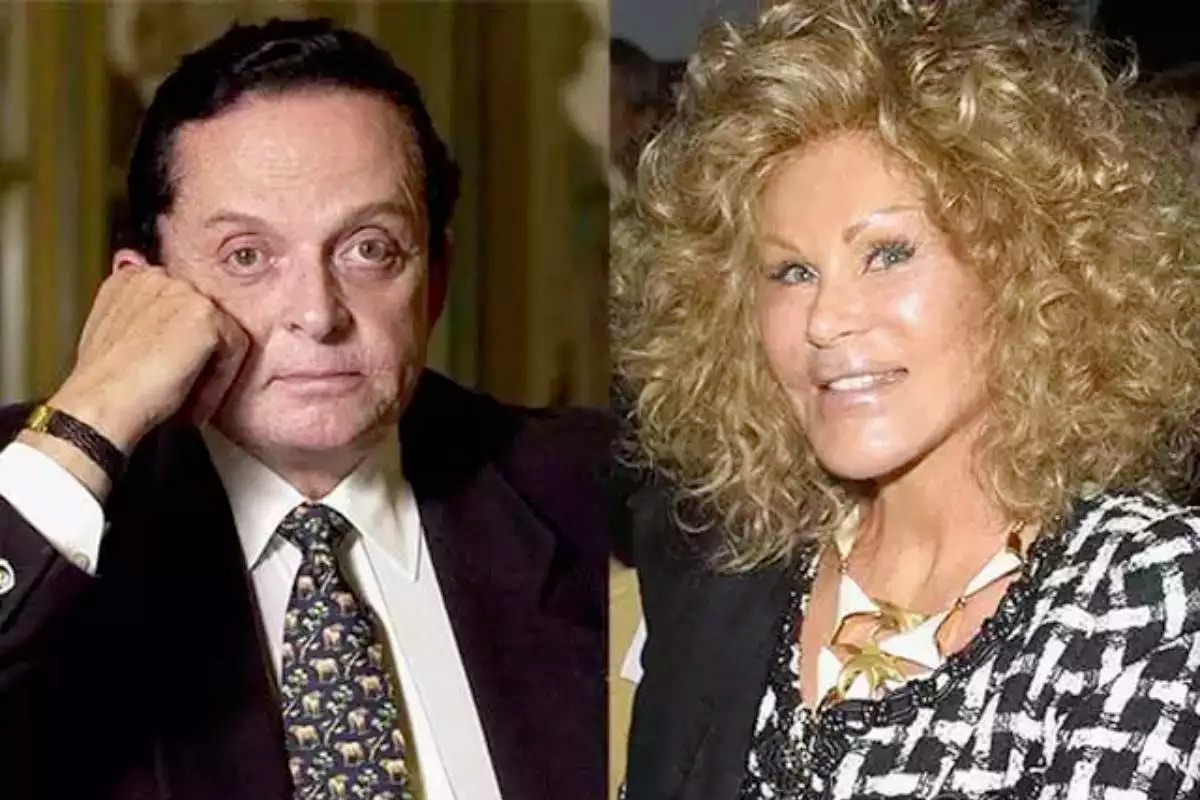 The American socialite best-known for her extensive cosmetic surgery, Jocelyn Wildenstein is also a star in the divorce stakes. Her high-profile divorce from billionaire art dealer and businessman Alec Wildenstein made major headlines across the globe, namely due to the revealing details of her lifestyle. Jocelyn once calculated her yearly telephone bill at $60,000 and food and wine costs at $547,00. In the actual divorce settlement, Jocelyn received USD$2.5 billion along with a $100 million pay packet every year for 13 years. The kicker? The judge stipulated that she could not use any alimony payments for further cosmetic surgery. She has since filed for bankruptcy. 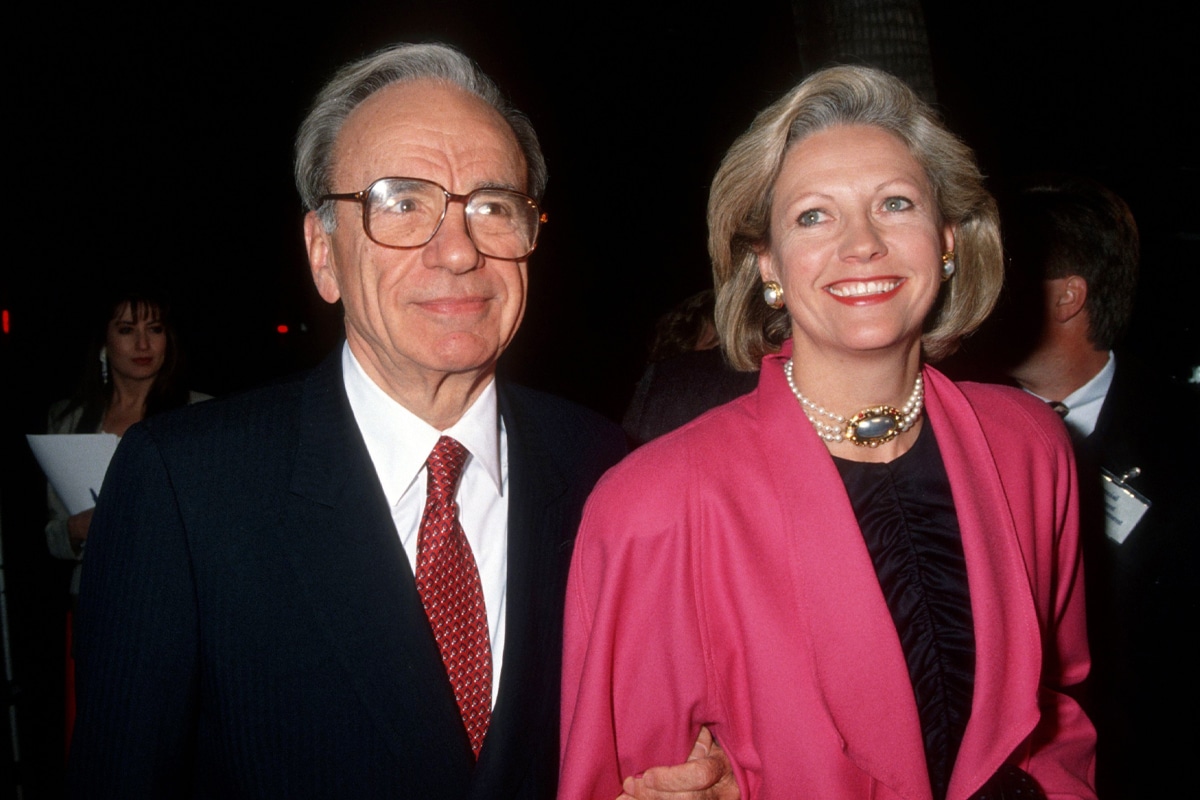 The first wife of media mogul Rupert Murdoch, Anna Maria Mann was a journalistic star in her own right. The Scottish writer married Murdoch in 1967, mothering Elisabeth, Lachlan and James, however, in 1999, the partnership collapsed. According to Business Insider, Mann received a whopping USD$1.7 billion, including USD$110 million in cash from the divorce settlement. In the years that have passed, however, many Murdoch biographers have questioned that figure, suggesting the amount was “misapplication“. 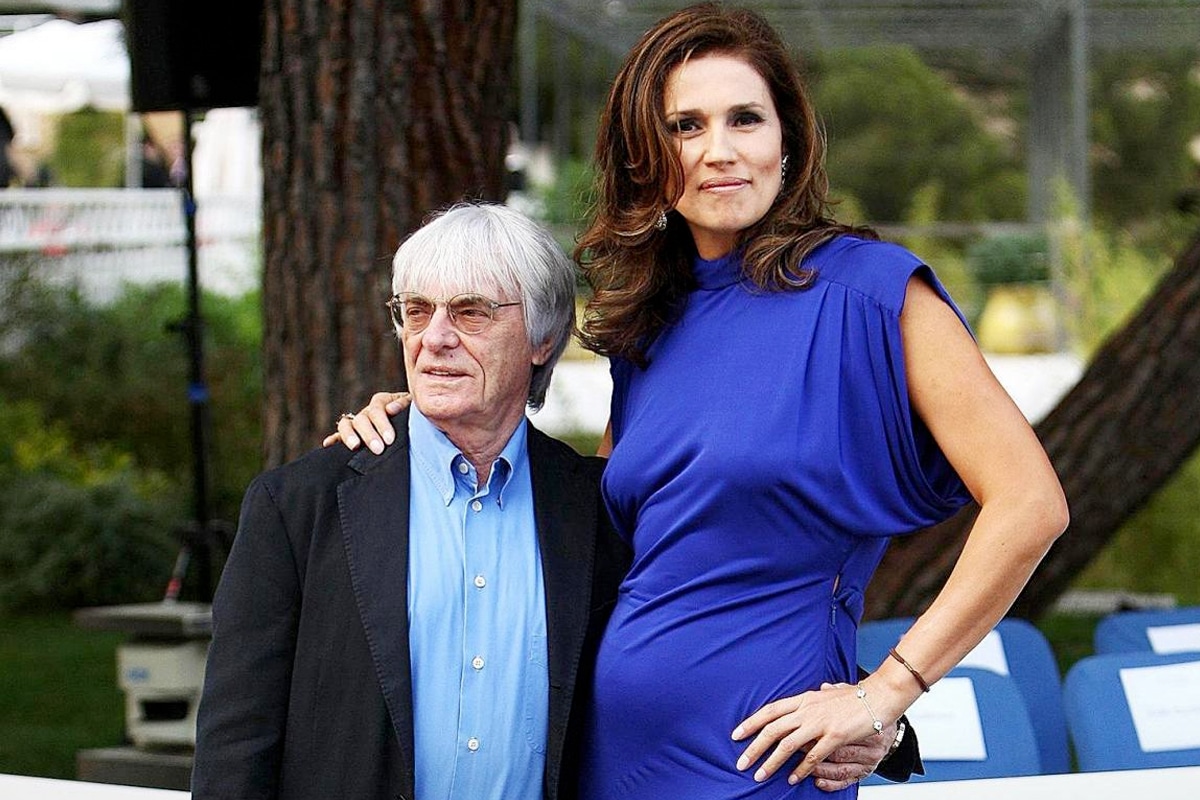 It’s no surprise that former Formula 1 chief executive Bernie Ecclestone has a lot of money, but his divorce settlement is one of the strangest in history. In the 11 years since his split from model Slavica, Ecclestone has received more than half a billion dollars from his ex-wife’s trust, but you certainly wouldn’t say he’s the winner in this situation. It appears Slavica is paying him roughly USD$100 million per year, due to the fact that Ecclestone’s assets were transferred into Slavica’s name when he was suffering from serious heart problems in the late 1990s.

In 1999, he had a triple bypass, which if he had died, would have left his daughters subject to British death duties at the rate of 40 per cent, prompting him to transfer the assets. More than two decades on, Slavica technically still holds the deeds and pink slips on a number of his assets, along with a cool USD$1.2 billion settlement of her own. 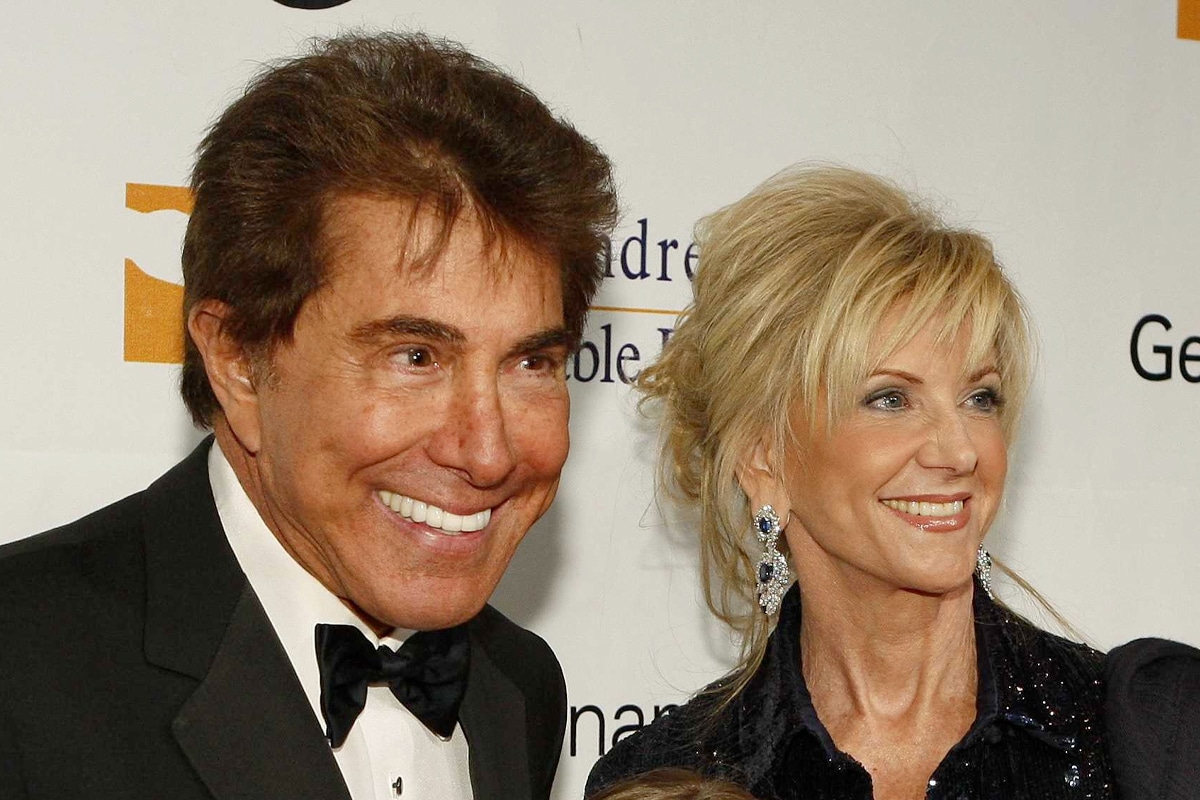 The King of Las Vegas split from his queen in 2010, parting with a whopping USD$1 billion in the process. Real estate businessman and art collector Steve Wynn made the bulk of his money in the hotel game, selling his Mirage Resorts company to MGM Grand back in 2000, and much like a hotel, his personal life saw much coming and going. Wynn married Elaine Farrell Pascal in 1963 before divorcing in 1986. Just five years later, the pair were back at the altar again and just 19 years later, they call it quits for the second time. Unfortunately for Wynn, the second divorce cost him a lot more than the first, seeing him part with an enormous fortune. 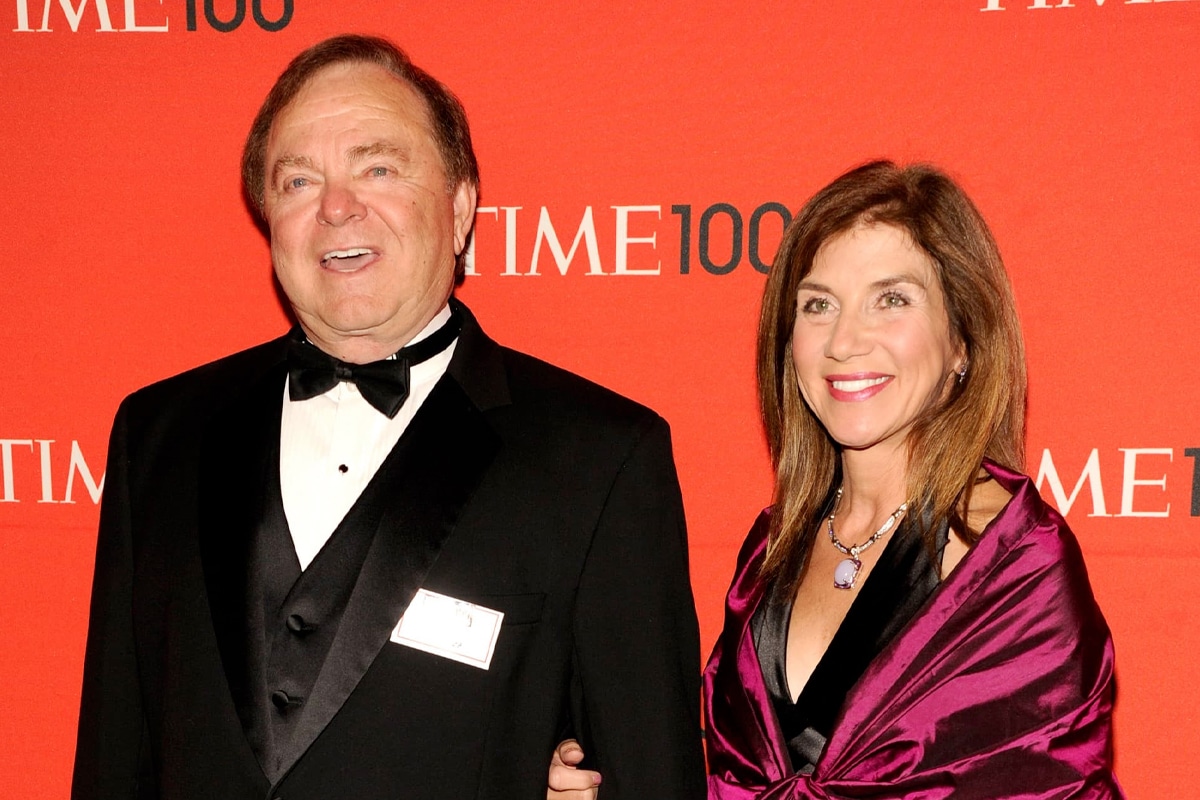 In 2012, Harold Hamm, the CEO of Continental Resources, and his wife Sue Ann Hamm filed for divorce after 24 years of marriage. Two years later, the wealthy businessman was ordered to pay his ex-wife nearly USD$1 billion, with CNBC reporting that USD$322 million of the fortune was to be paid that same year. The remaining amount was reportedly ordered to be paid to Sue Ann in monthly instalments of $7 million. 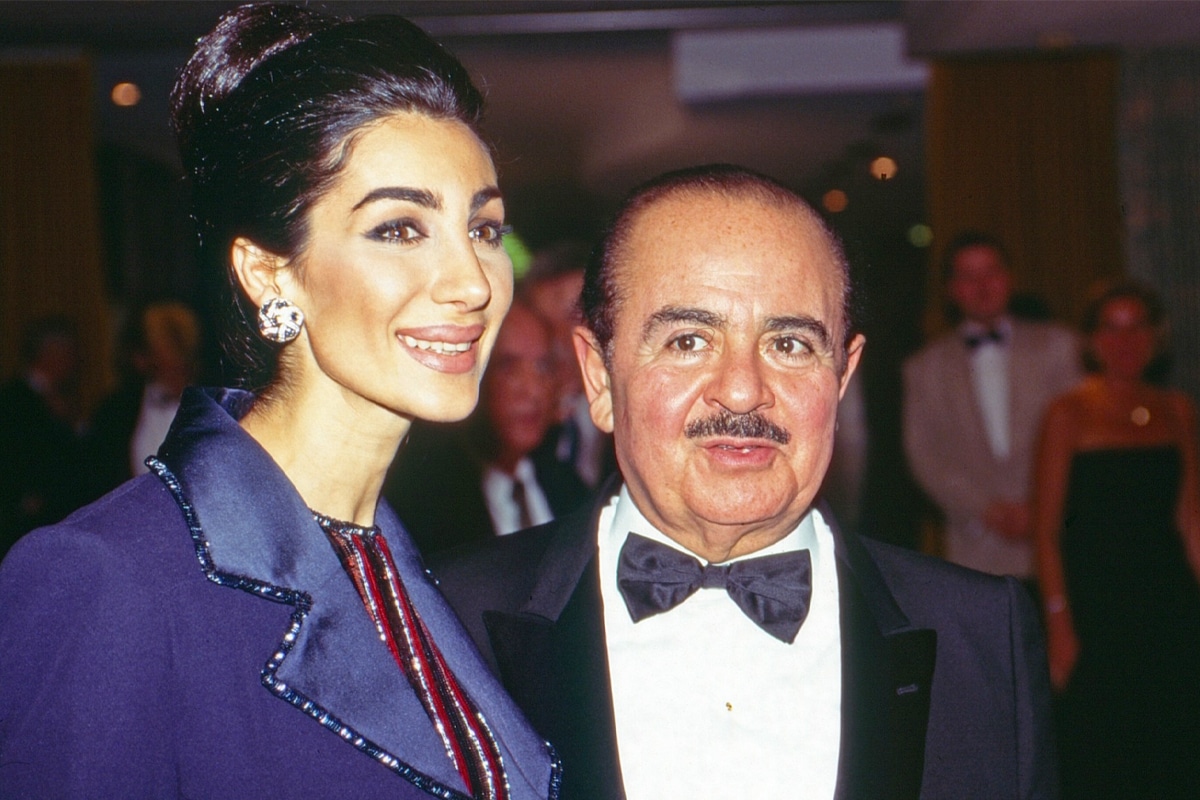 With a nickname like ‘The Great Gatsby of the Middle East’, you’ve got to have some money. Sadly, for businessman Adnan Khashoggi, his 1980 divorce saw him part with a whole chunk of it. After 20 years of marriage, Adnan and Soraya split in a divorce settlement that was worth around USD$874 million, which when put into modern figures adjusting for inflation, is close to USD$2.3 billion. Perhaps the most famous blow-up in sports history, Tiger Woods’ split from model Elin Nordegren was front-page news. After reports of his many infidelities exploded into the public eye, Woods’ six-year marriage appeared to be over. Naturally, as one of the biggest and highest-paid athletes of all-time, the settlement was astronomical, weighing in at a whopping USD$710 million. 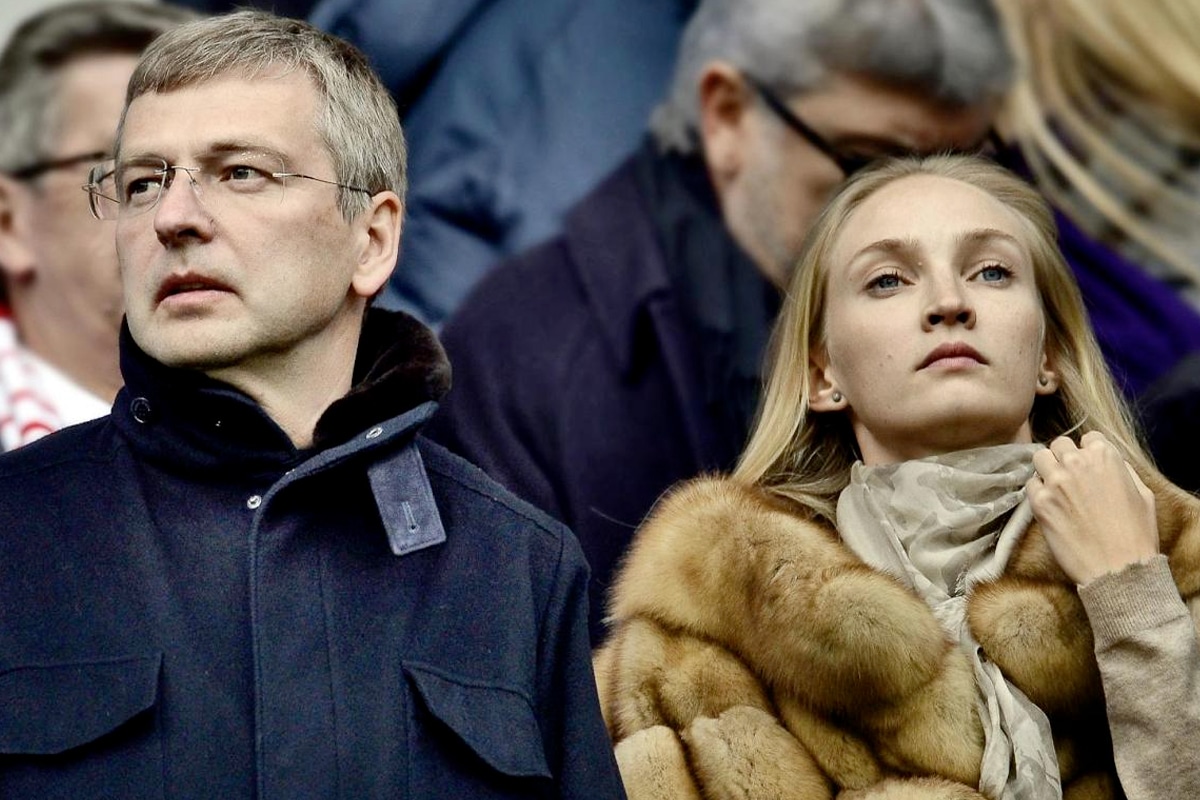 In 2008, Elena Rybolovlev filed for divorce against her Russian businessman and investor Dmitry, citing “serial infidelity” of his part. It wasn’t until 2014 that the divorce was made official, around the same time Elena was detained in Cyprus for allegedly stealing a $28 million diamond ring she later proved her ex-husband had given her while they were still married. 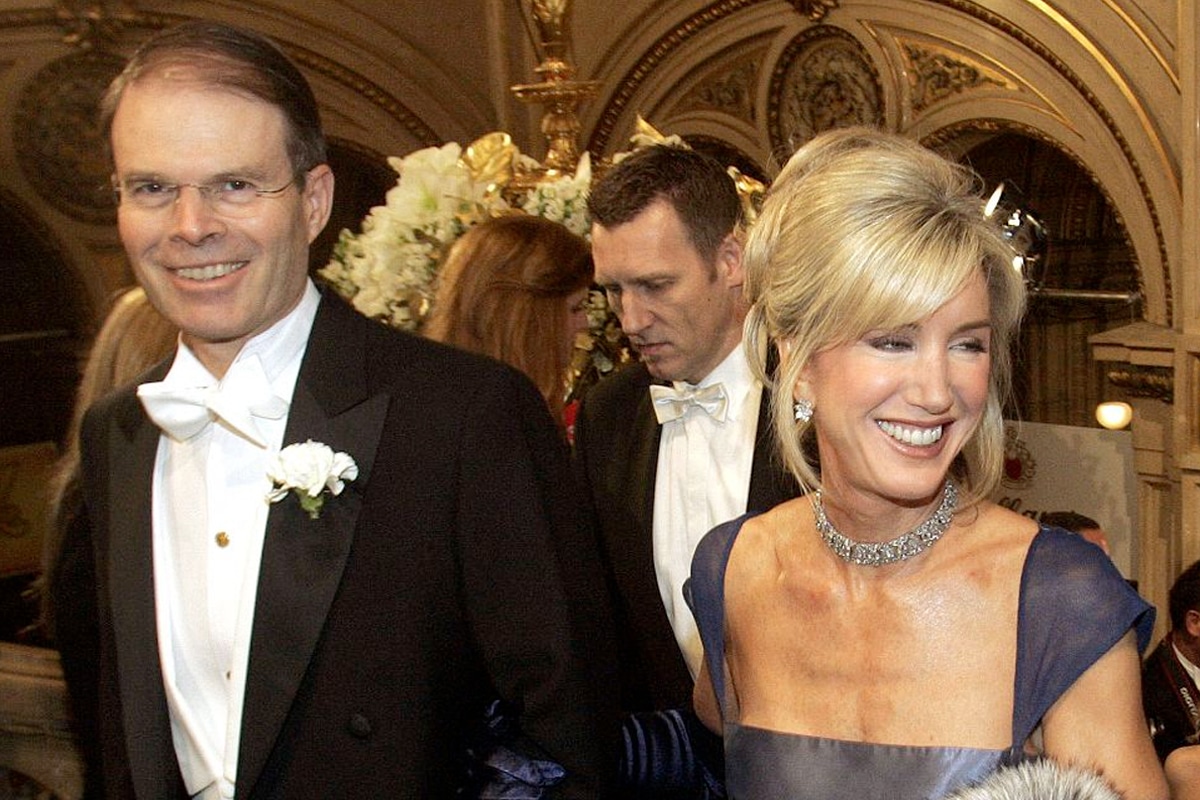 The man behind McCaw Cellular split from his businesswoman wife Wendy in 1997 after 21 years of marriage, leaving behind a whopping USD$460 million fortune. While not much is really known about the breakdown of the partnership, the case did involve a monster Hunts Point house, private jets, and Mediterranean vacations aboard Calixe, the family yacht. Sheesh. 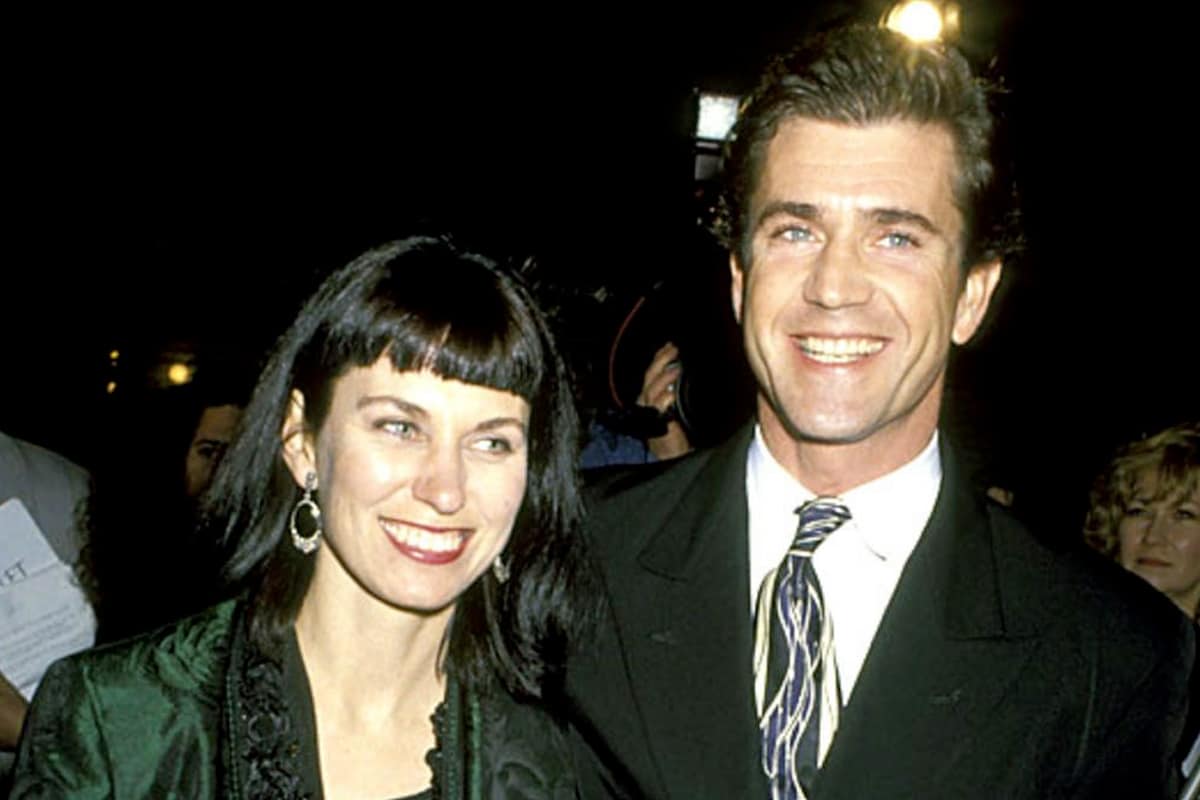 He’s one of the biggest stars in entertainment history, but sometimes-Australian Mel Gibson has had his fair share of controversies, not the least of which being his 2006 divorce from Robyn Moore. In a joint statement, the Gibsons declared, “Throughout our marriage and separation we have always striven to maintain the privacy and integrity of our family and will continue to do so. When Gibson’s divorce was finalised in 2011, the settlement was said to be the highest in Hollywood history at over USD$400 million.

How much was Jeff Bezos’ divorce settlement worth?

How much was Tiger Woods’ divorce settlement worth?

In 2010, after his long and storied affairs were aired, professional golfer Tiger Woods finalised a divorce settlement with Elin Nordegren that was reportedly worth a whopping USD$110 million. Fortunately, the couple decided to share custody of their two children.

Why did Michael Jordan get divorced?

While they attempted to reconcile for four years, in 2006, NBA superstar Michael Jordan and his wife Juanita officially announced their divorce. Rumours of infidelity plagued their pair’s 17-year marriage, however, reports suggest the two parted ways amicably in the end.