If you’re feeling a little chilly, warm up those mental muscles with this delicious spot the empty mug optical illusion. Previously, we’ve tested our readers with classics like spot the butterfly and spot the three apples, but this beverage-inspired brainteaser is like nothing we’ve seen before. In this challenge, participants only have 5 seconds to lay claim to the record and call themselves an optical illusion whiz. 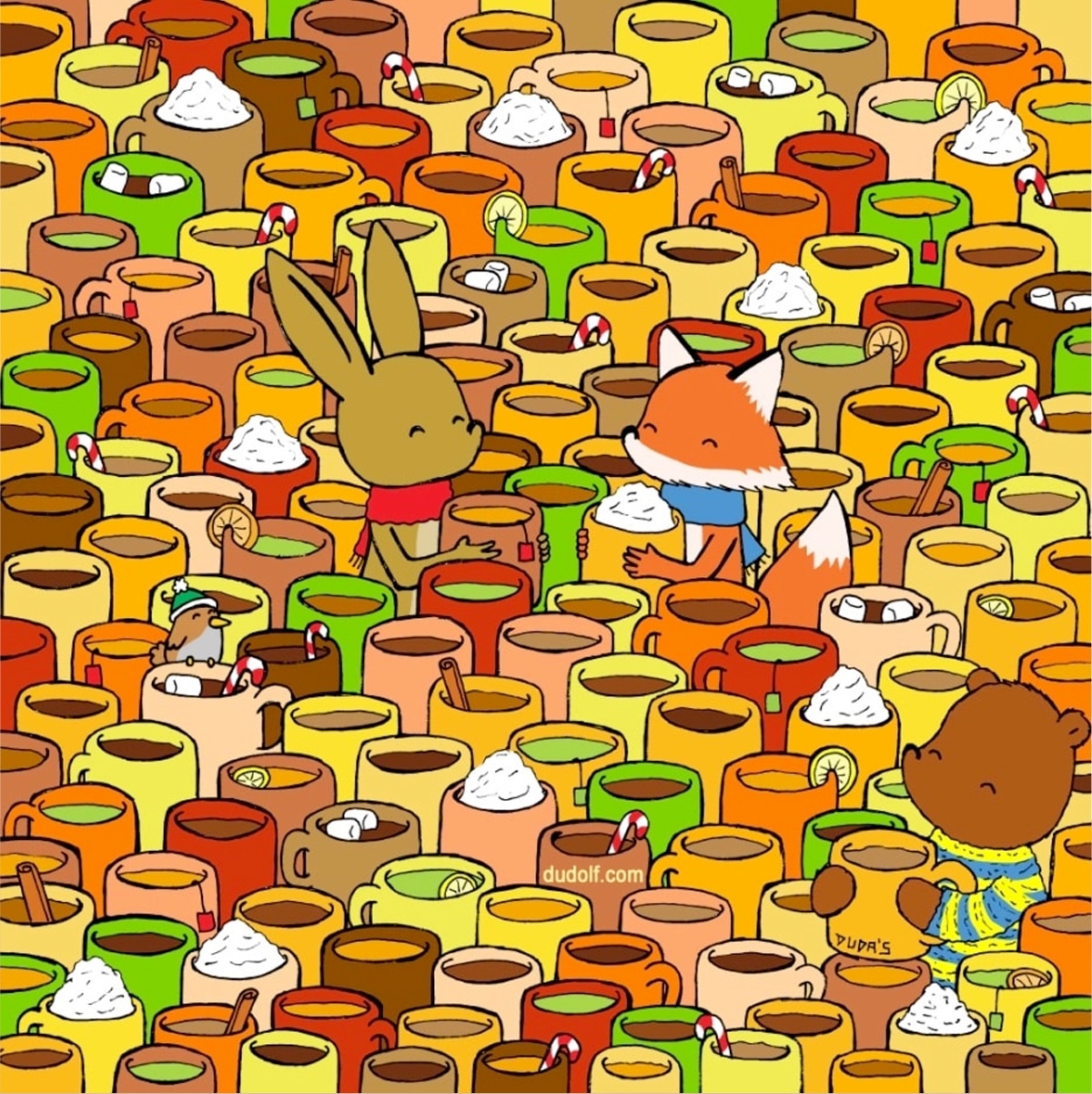 The mind-boggling puzzle was created by Hungarian artist Gergely Dudas, otherwise known as Dudolf. Like spot the mouse and spot the snake, his artwork aims challenges individuals to figure out what doesn’t quite belong in the image. In this brainteaser, one mug stands out from the rest. But only the most hawk-eyed will succeed, as the empty container is nearly impossible to find in record time. Look at the picture above and see if you can find the empty cup in under 5 seconds.

If you still struggle to spot the mug, cast your attention to the left-hand side of the puzzle. After a detailed inspection up and down, you should be able to find the liquid-less container among the sea of hot drinks –filled with sweet flavours such as chocolate, cream and candy canes. If the candy and cute animals are still too distracting, scroll down to the bottom for the answer.

If you still haven’t had your fill of mental obstacles, Mr Gambles recently designed a Vegas-inspired puzzle that’s just as rewarding as playing the tables in Sin City. Additionally, MusicMagpie has created a mind-melting search-and-find puzzle to encourage people to trade in their old tech products for money. Lifestyle
Optical Illusion: Can You Spot the Three Loaves of Bread Hidden Among the Queen's Corgis?

Lifestyle
If You Can Spot the 5 Butterflies in this Optical Illusion, You’re a Genius 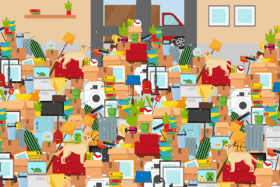 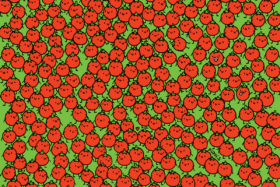