If someone offered you a brand new watercraft that promised to be a thousand times more awesome than a jet ski, you’d probably be halfway out into the surf with “Yahoos” aplenty. High-performance, semi-autonomous, and boasting wings that fly above the water, the Valo Hyperfoil is an electric hydrofoil vehicle taking on the personal watercraft (PWC) market with the promise of revolutionary water mobility. Taking the same electric hydrofoil technology found on boats and surfboards, according to CEO Ed Kearny, in a statement for Electrek, the Hyperfoil is the first “major upgrade” to the jetski design in over fifty years. 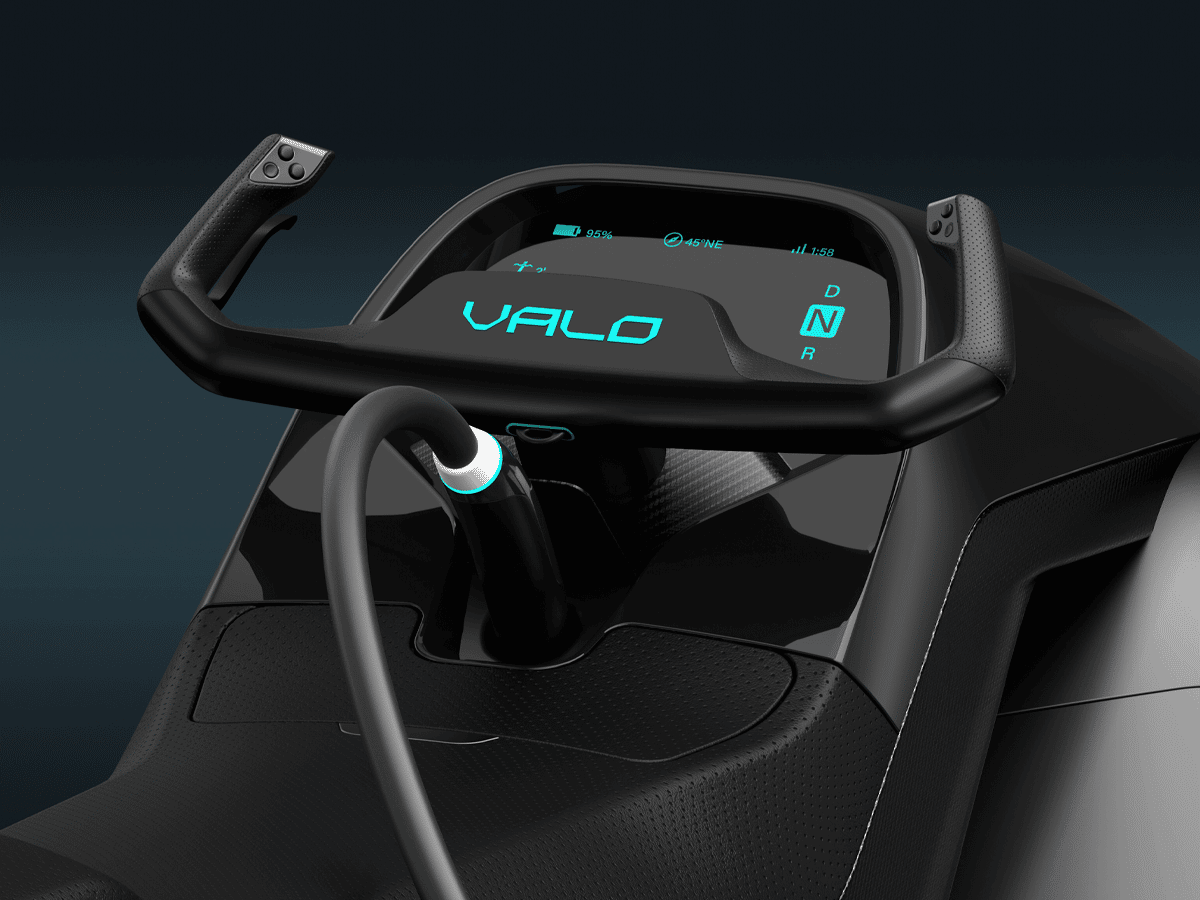 The Valo Hyperfoil is billed as a “complete revolution to personal watercraft”, says Kearney. “Fast, agile, and tremendously exhilarating, all while being near silent and leaving zero wakes”, riding a Hyperfoil “will be like flying a stunt plane, but on water.” These fully-retractable carbon fibre hydrofoils function like a set of aeroplane wings under the water’s surface, elevating the PWC above the water and improving energy consumption for a faster, smoother and more efficient ride.

Moreover, the electric jet ski emits zero emissions and has an active stability system and the maker’s exclusive Skyride flight control programme. The Valo Hyperfoil has exceptional balance and agility due to these factors combined. As per the brand’s official website, the Valo Hyperfoil is described as a “high-performance, semi-autonomous, electric hydrofoiling vehicle with wings to fly above the water. Think of it like a jetski, but 1000 times more awesome.” 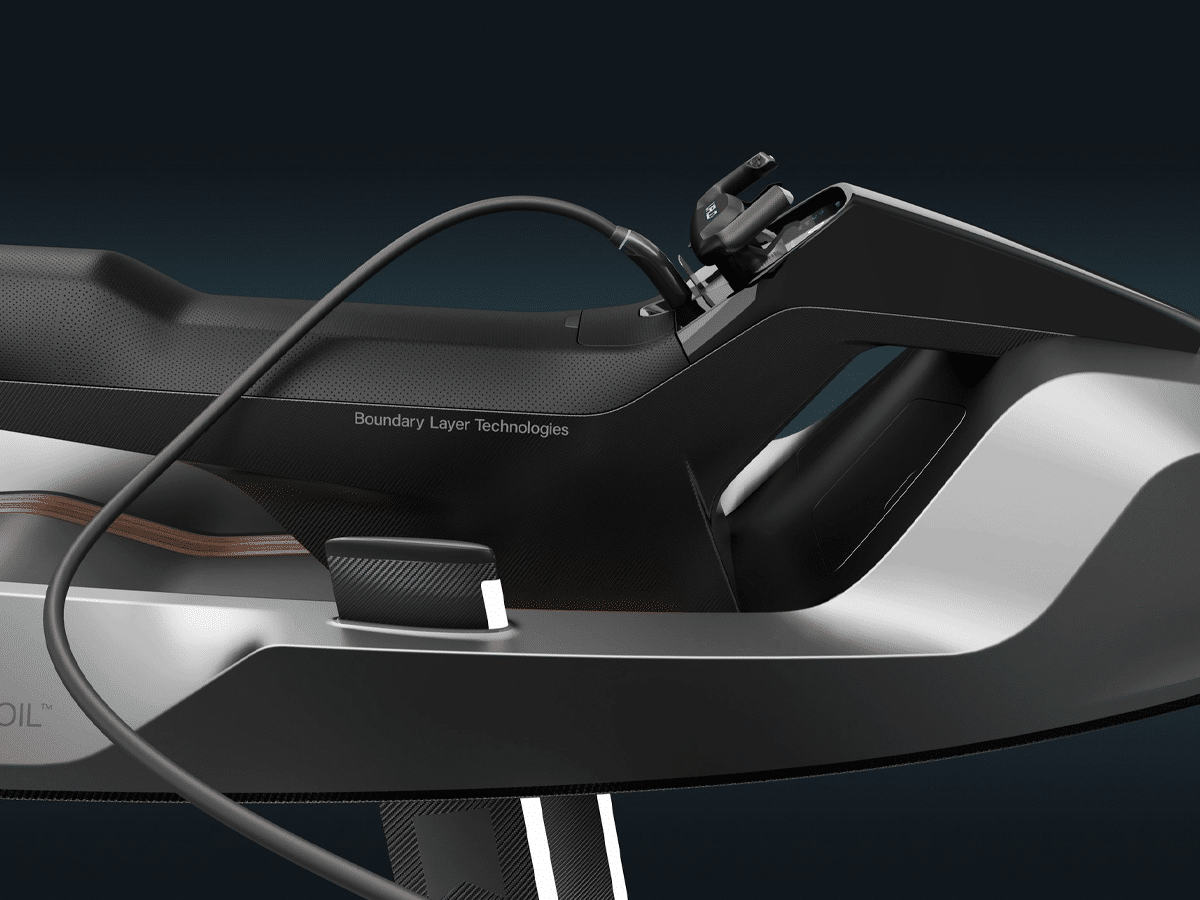 Seeing the revolutionary design “as a completely new form of water-based mobility”, the Valo Hyperfoil has an electric motor that produces 108 horsepower (80 kW/ 109.5 ps) and has a top speed of 50 knots (58 mph/ 93 km/h). It can lift two people two feet (60 cm) above the water, and a single battery can keep it going for more than 100 minutes.

California-based startup Boundary Layer Technologies has also unveiled a limited-edition Valo Hyperfoil Founders Edition with a fully-refundable $1,000 deposit. The Founders Edition claims to provide “higher performance and specifications compared to the production version” alongside a range of other complimentary perks like your selection of deck timber, seat trim and a free consultation with the Valos in-house designer to personalise colours and wrap design. Each founder’s edition will have a limited edition CNC-machined titanium nameplate and hull number.

Valos estimates that the prototype PWC will cost USD$59,000 and is already offering test drives to potential customers. Early “Founders Edition” purchases will be delivered in the middle of 2023, with the production version available by 2024. 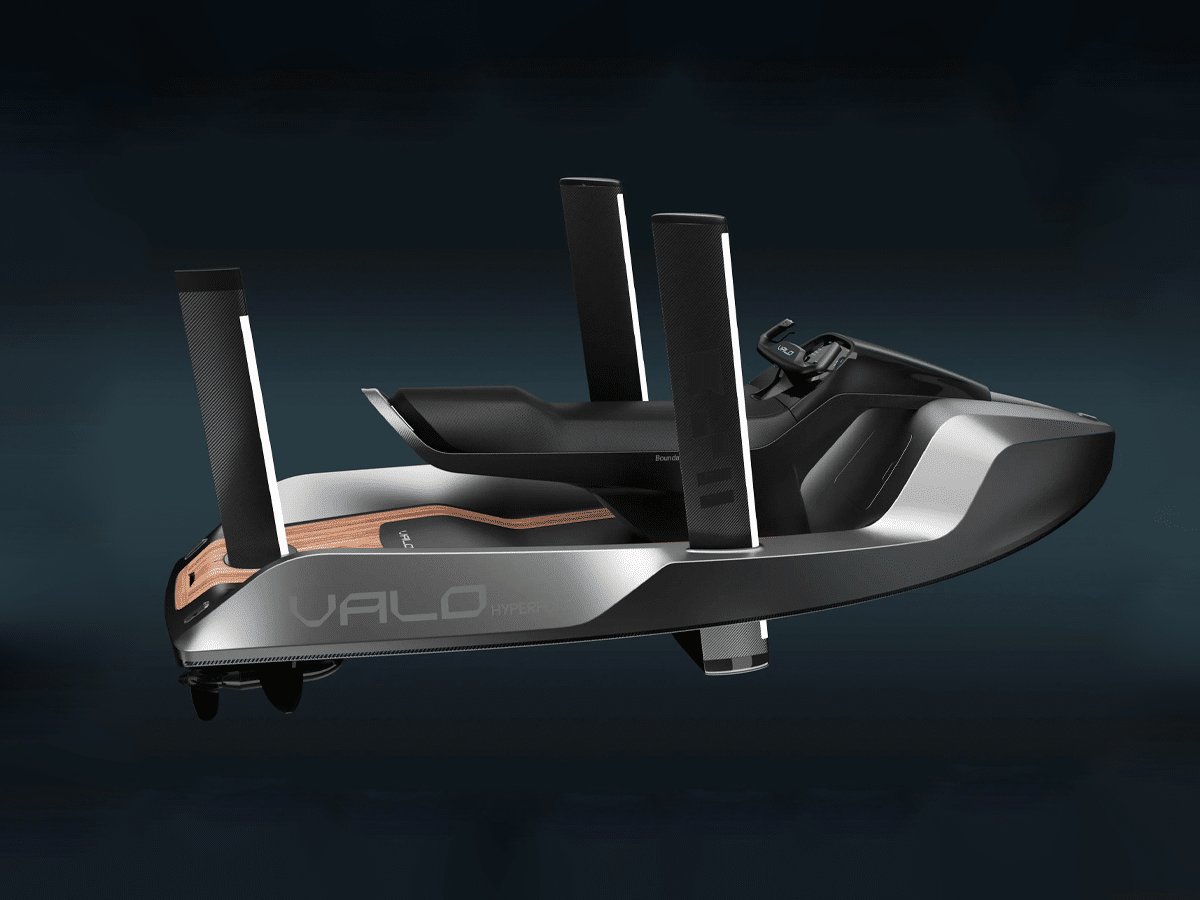 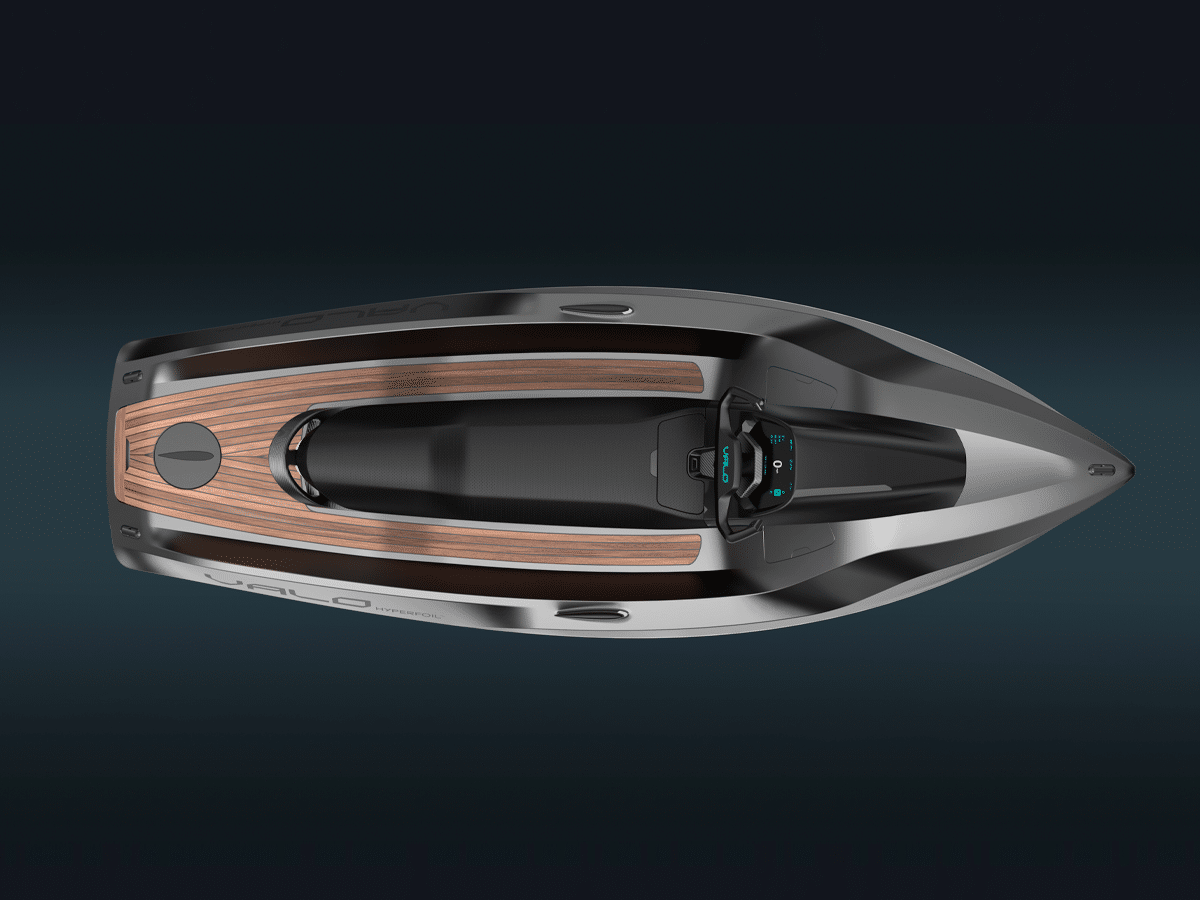 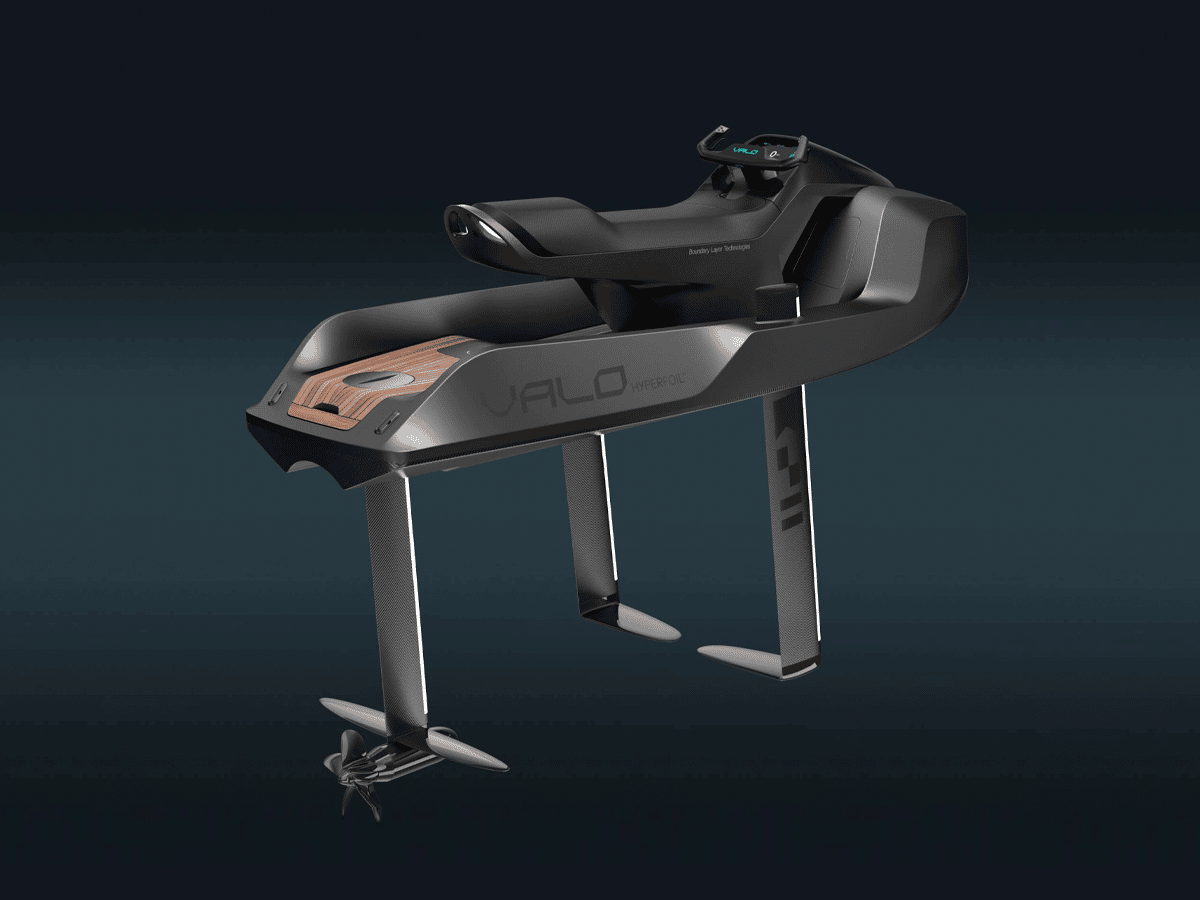 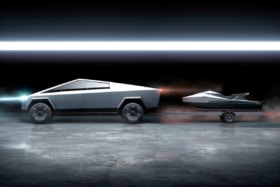 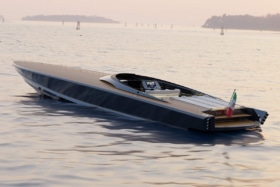 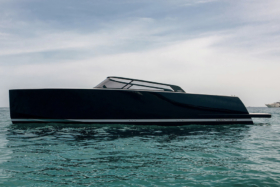 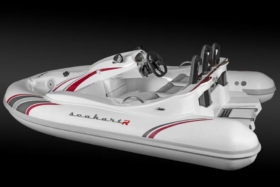 Boats
The Seakart 335 Could Be a Jet Ski, or a Yacht Tender
load more articles