Nothing looks cooler than a retro-crossover – except maybe the new Countach – and Japanese custom shop Renoca specialises in combining the best from Toyota. Focusing on those big behemoths we call LandCruisers the brand’s catalogue is filled with drool-worthy facelift models that add a new – old face – to some of our favourite models.

It’s only one of many models that Renoca can build, but our pick of the bunch is the No. 05 ‘Wonder LandCruiser’. Blending together an FJ80 LandCruiser with the face of an FJ60, it’s perfect in our eyes. We’d argue the 60 series is the best looking LandCruiser, and we’d also argue the 80 series is the most capable. So it suffices to say this is a dream ride for anyone who doesn’t enjoy sitting on the end of a snatch strap. 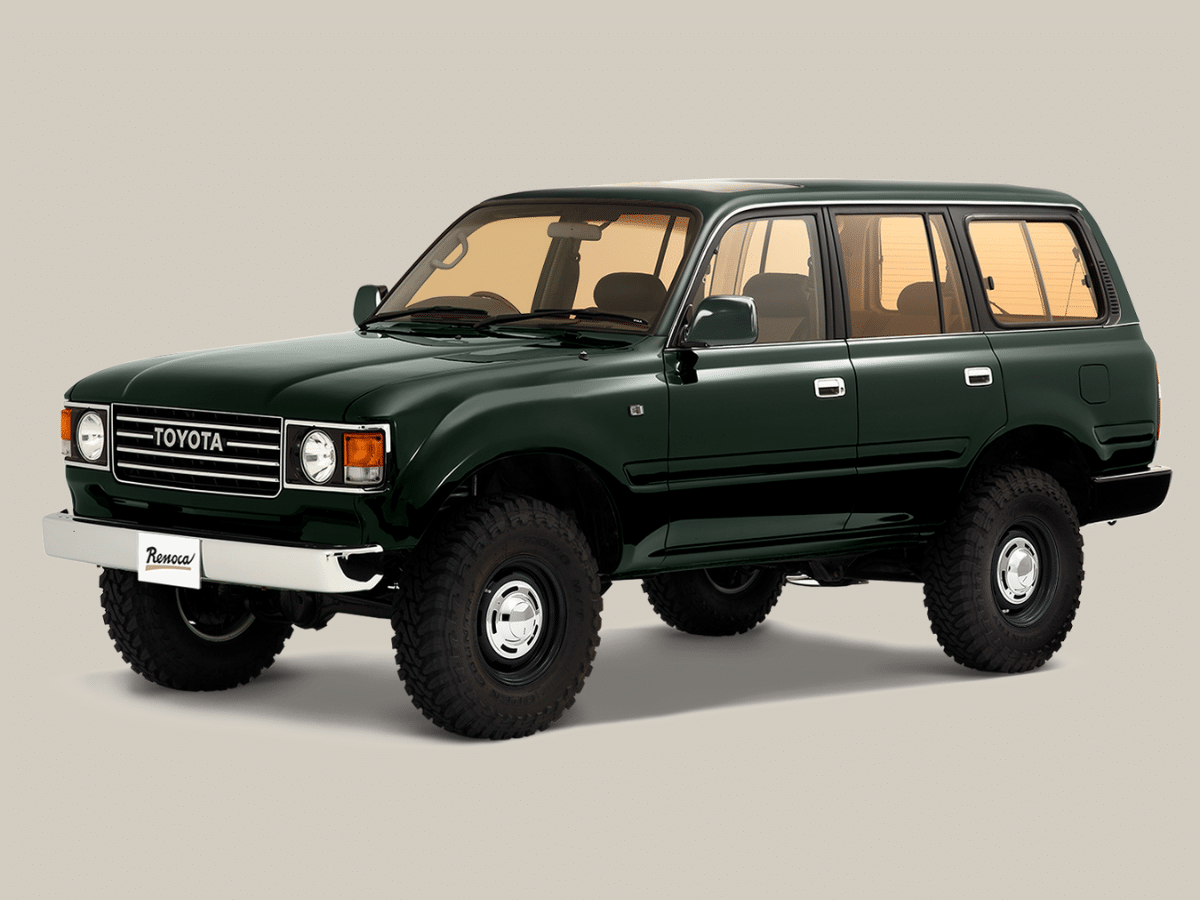 Starting life as an FJ80 LandCruiser, all the sheet metal from the driver’s doors forward is removed and replaced with replica FJ60 parts. We’ve never been sold on the look of the 80-series, but it’s far more capable than a 60-series with coil-sprung suspension and a beefier motor. On the other hand, the 60 always looked better, more retro, but its leaf spring suspension meant it wasn’t as capable and getting your hands on a clean model with a 12ht engine became virtually impossible after the pandemic.

It seems Renoca has your answer, with the choice of custom colours, side mirrors, wheels, a surfboard carrier, custom interior trimmings and a 2-inch lift to choose from. We recommend you visit their website linked below to play around with the configurator to your liking. Depending on your choice of spec the build will cost you between 3 and 4 million yen (AU$37,000-47,000). A small price to pay considering the recent spike in value for a well-sought after model with a 1HD-FTE.